When Steve McCurry shared to the world the image of stilt fishermen of Weligama, a coastal town South of Sri Lanka, the world took notice. The photograph not only showcase an honest description of the everyday people and their surrounding, but somehow it introduces to the wider audience across the globe, a form of traditional fishing that is uniquely Sinhalese.

A vertical pole with attached crossbar is embedded into the sea floor along the riverbed. Then, the fishermen either stand or sit at the crossbar, while holding a rod to catch small mackerels and herrings that frequented the shallow water. The crossbar gave fishermen an elevated position above the sea water, resulting to minimal shadows that might cause disturbance to the sea life. 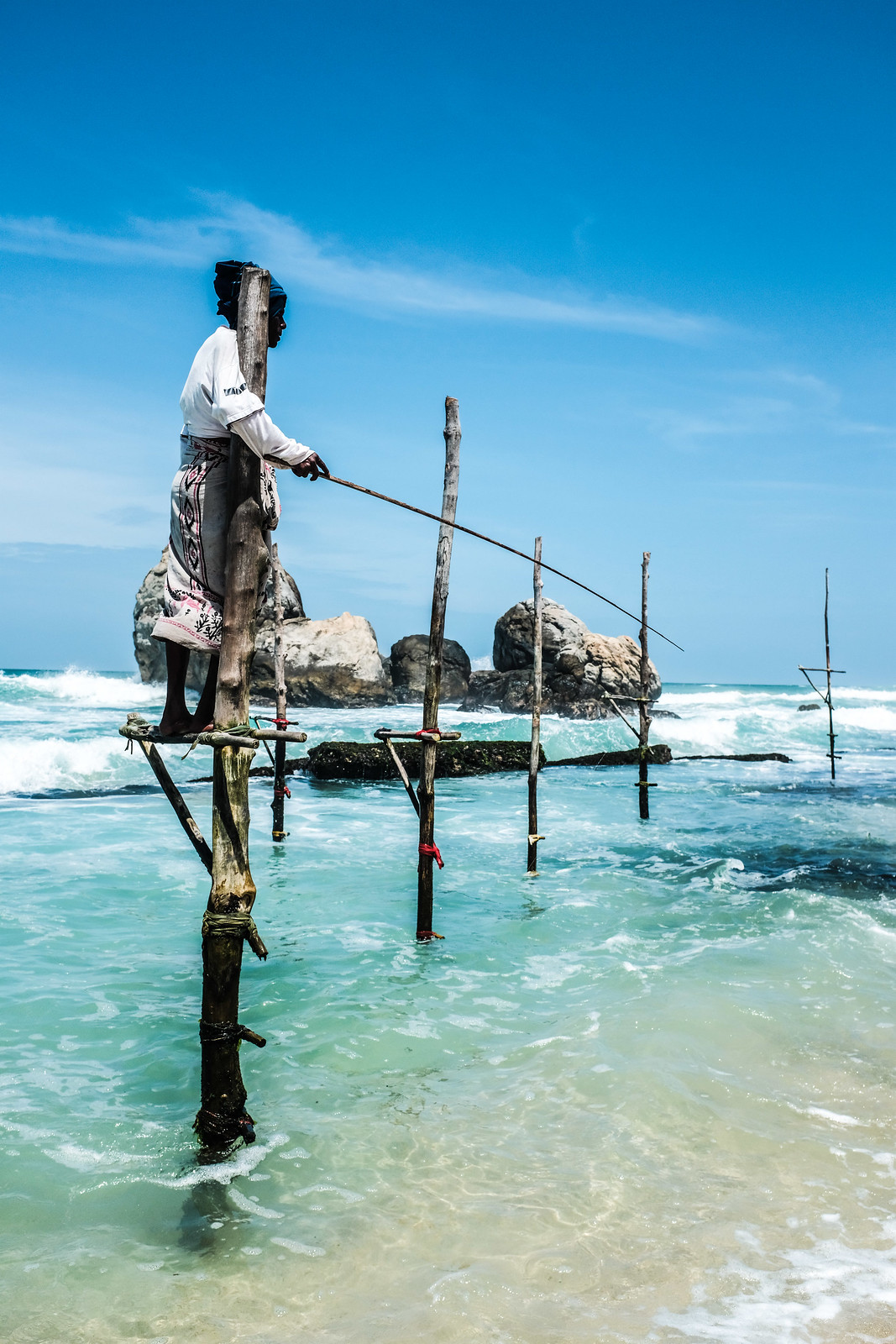 A practiced that started after World War II, due to the shortage of food and ingenuity of men, Stilt fishing is truly an art and it requires skills that has been handed over for generation. 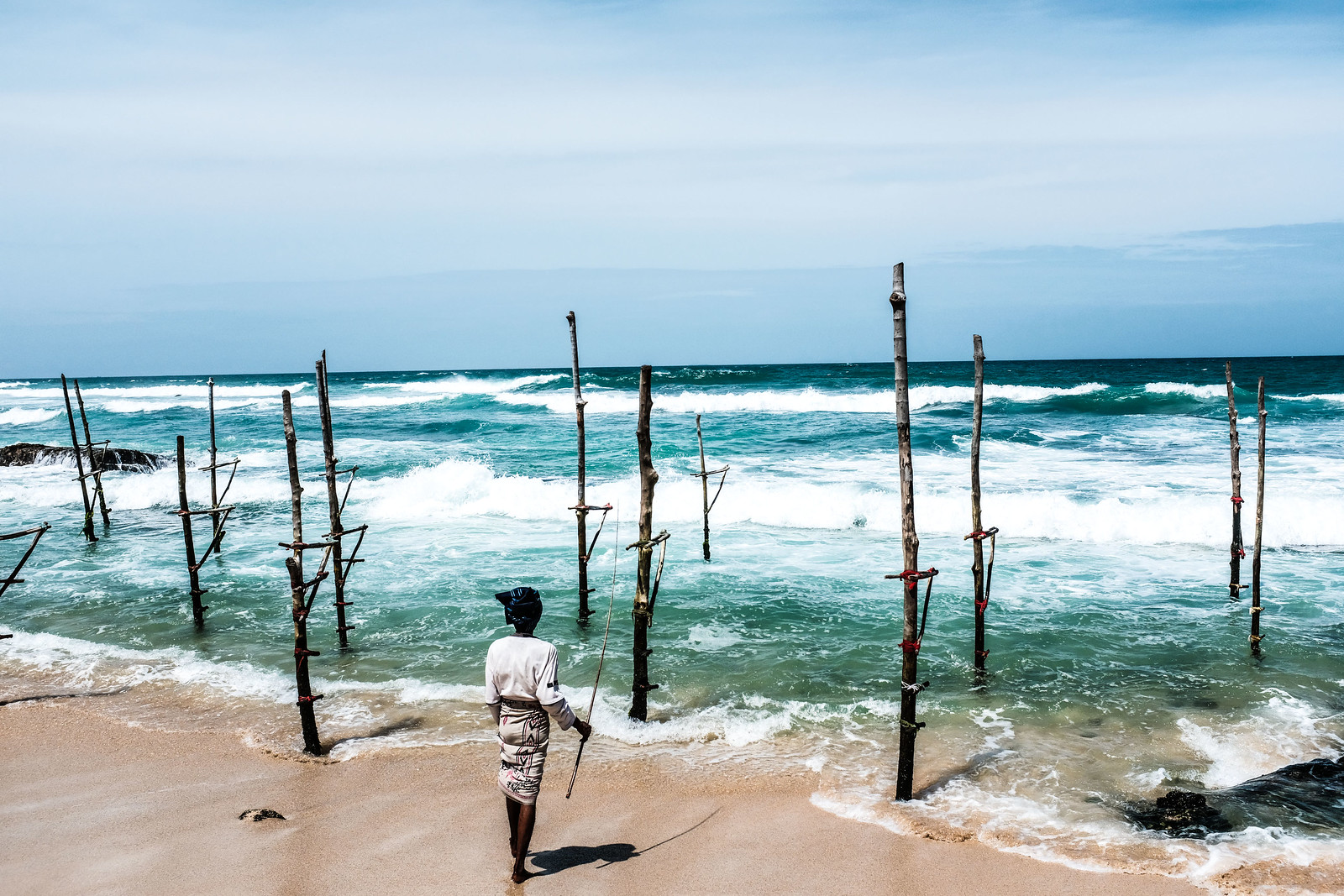 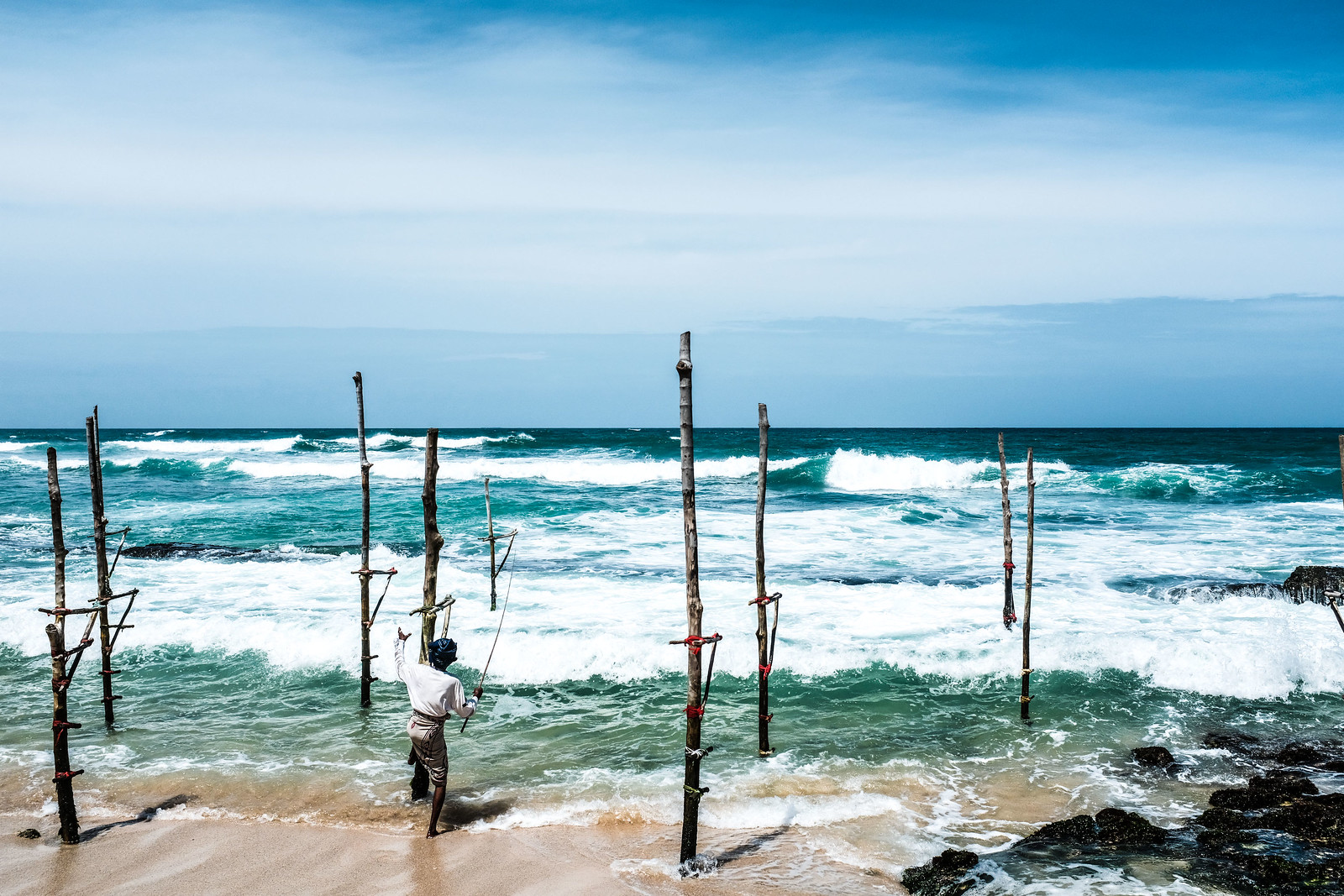 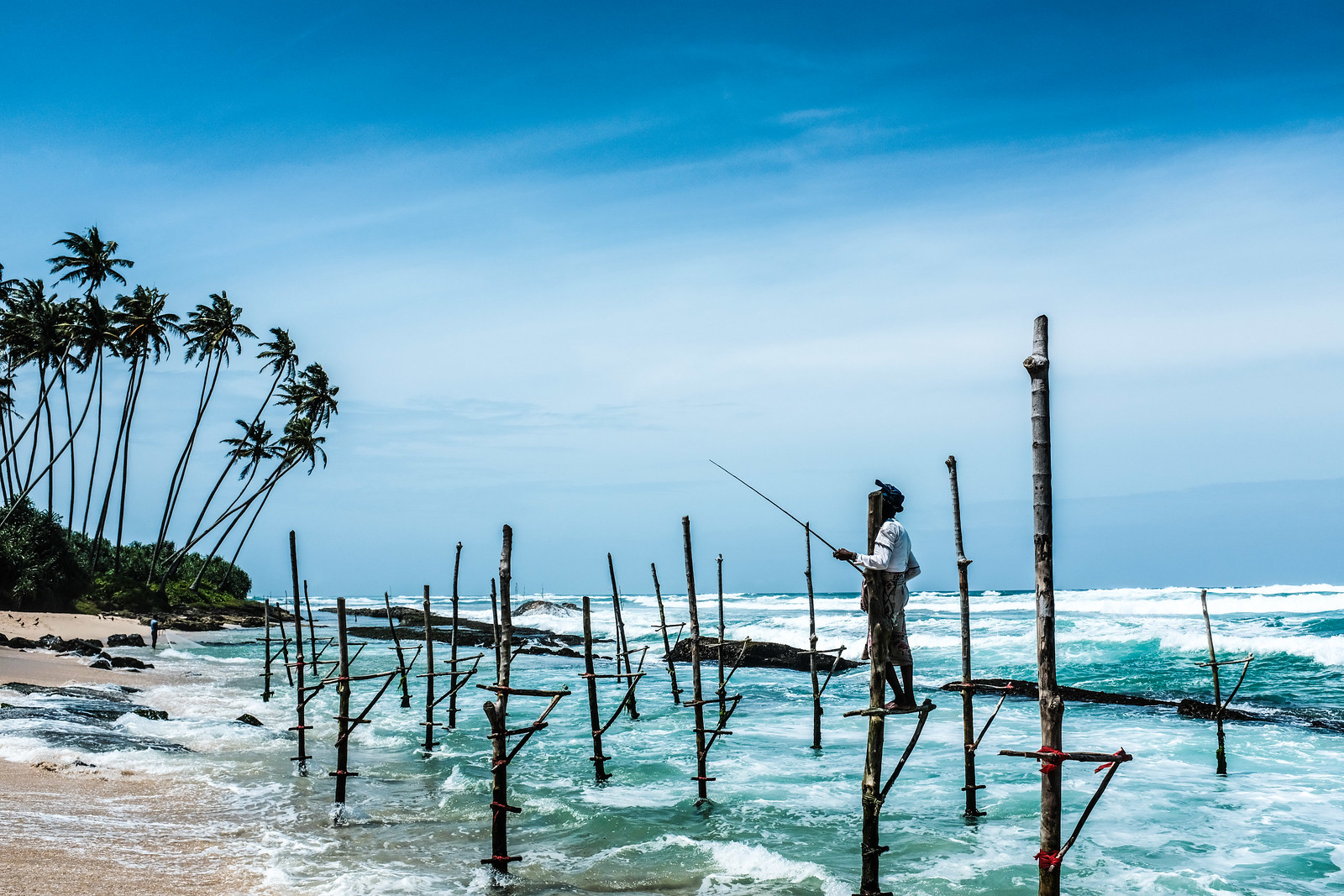 Unfortunately, it is one of the many dying tradition. Google the term stilt fishermen, and the top results will be how it is now a extinct fishing method, where nowadays you will only see “fake stilt fishermen”, and lastly, there will be numerous forums telling travelers where to find the “real” fishermen. 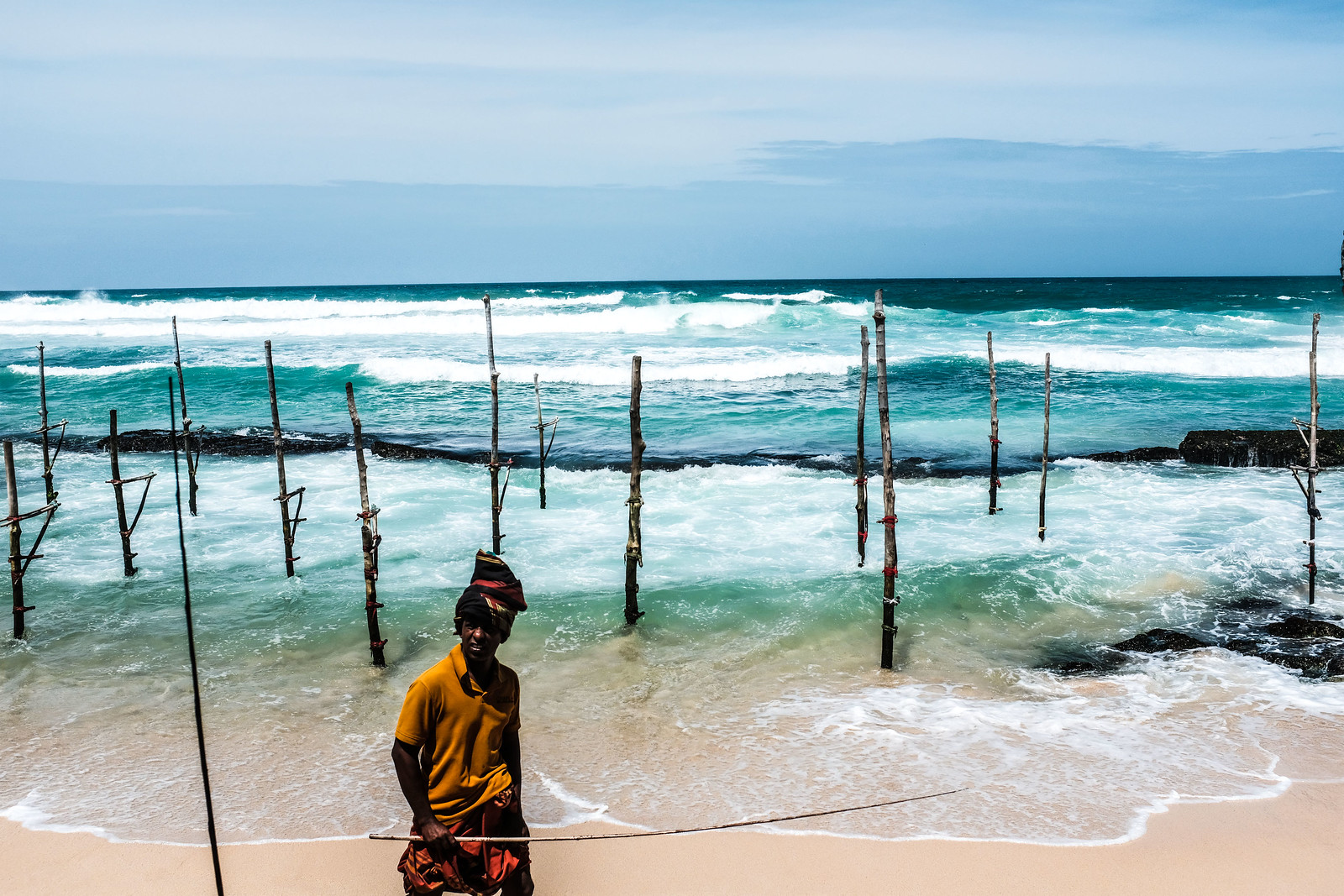 With the calm waves of Indian Ocean hitting the vertical pole, where stilt fishermen quietly sitting with their rod pointed into the water is perhaps one of the most sought after image of Sri Lanka. I will be honest here, it is one of the reason why I wanted to visit Sri Lanka as well, I wanted to see and photograph them.

My quest to see the famous Stilt Fishermen of Sri Lanka started with hiring a Tuk tuk from Galle Fort to take me to the small fishing village of Unawatuna. I started late for the day, departing 10am from Galle, with the driver telling me about the possibility of not seeing any fishermen at that time of the day. 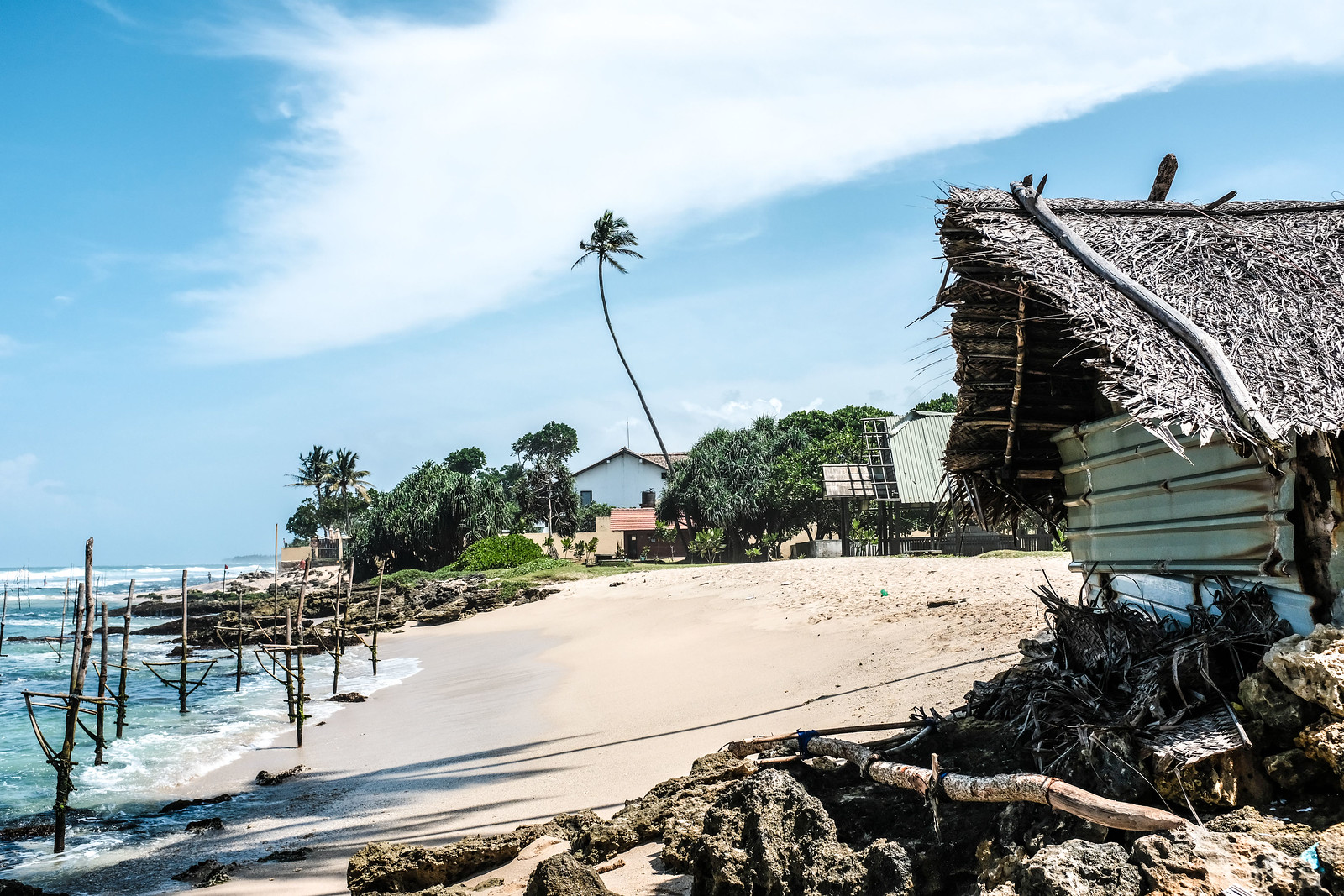 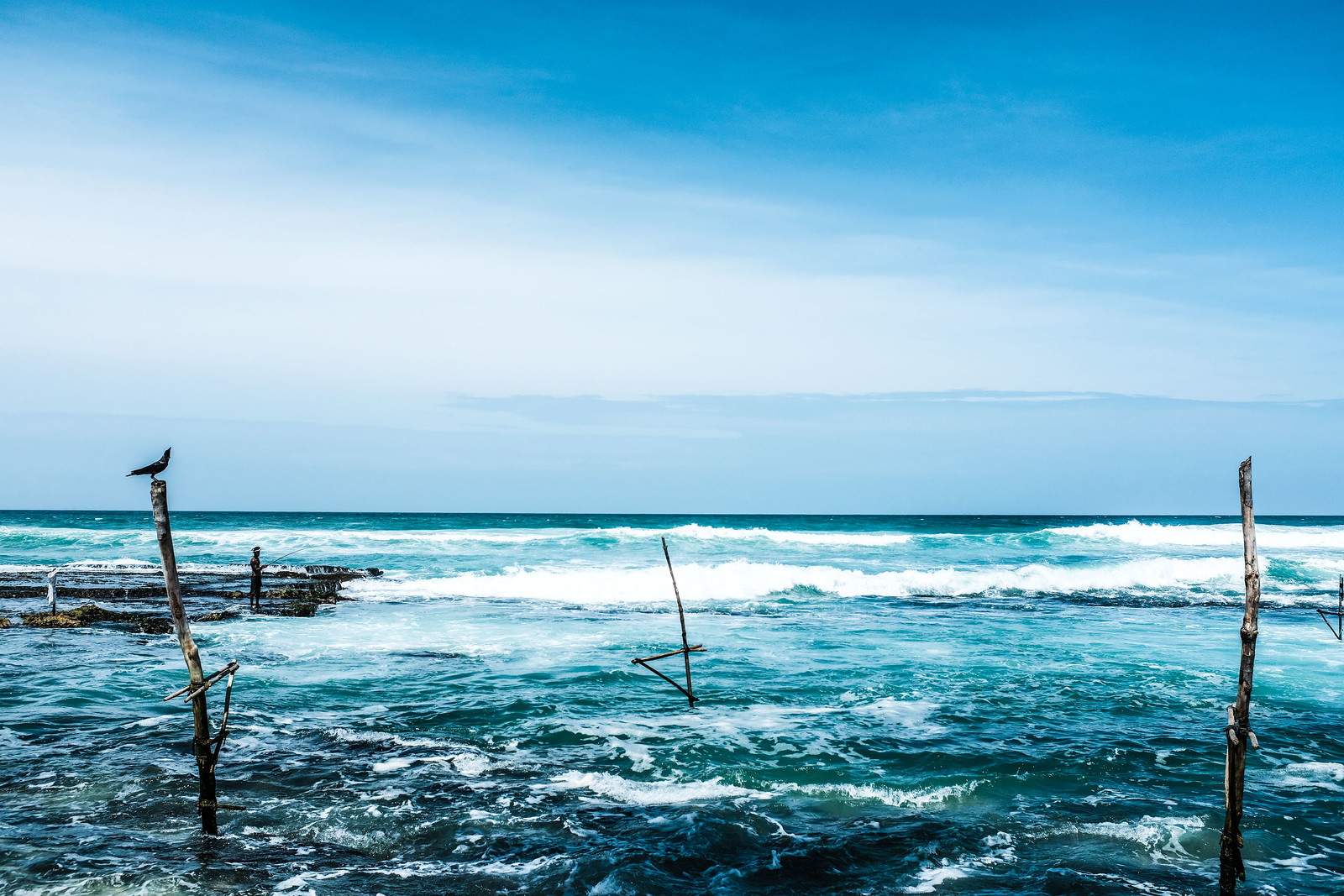 Eventually, I realized what he was referring to, that I won’t be seeing any genuine stilt fishing in action. Instead, what I saw are empty poles with no fishermen. After taking a couple of photos of the pole and the Indian ocean, I was fine to call it a day and head back to Galle, then a local man started to ask me if I was interested to photograph them pretending to stilt fish in exchange for a small fee.

Before agreeing to anything, the first thing I asked them is if they are any genuine stilt fishermen left or everyone is just pretending for the sake of the tourists. I guess my question surprise them in a way, and they did explain to me that they are indeed fishermen who still practice stilt fishing, they fish in the early morning but poses for the tourist the rest of the day for extra income. 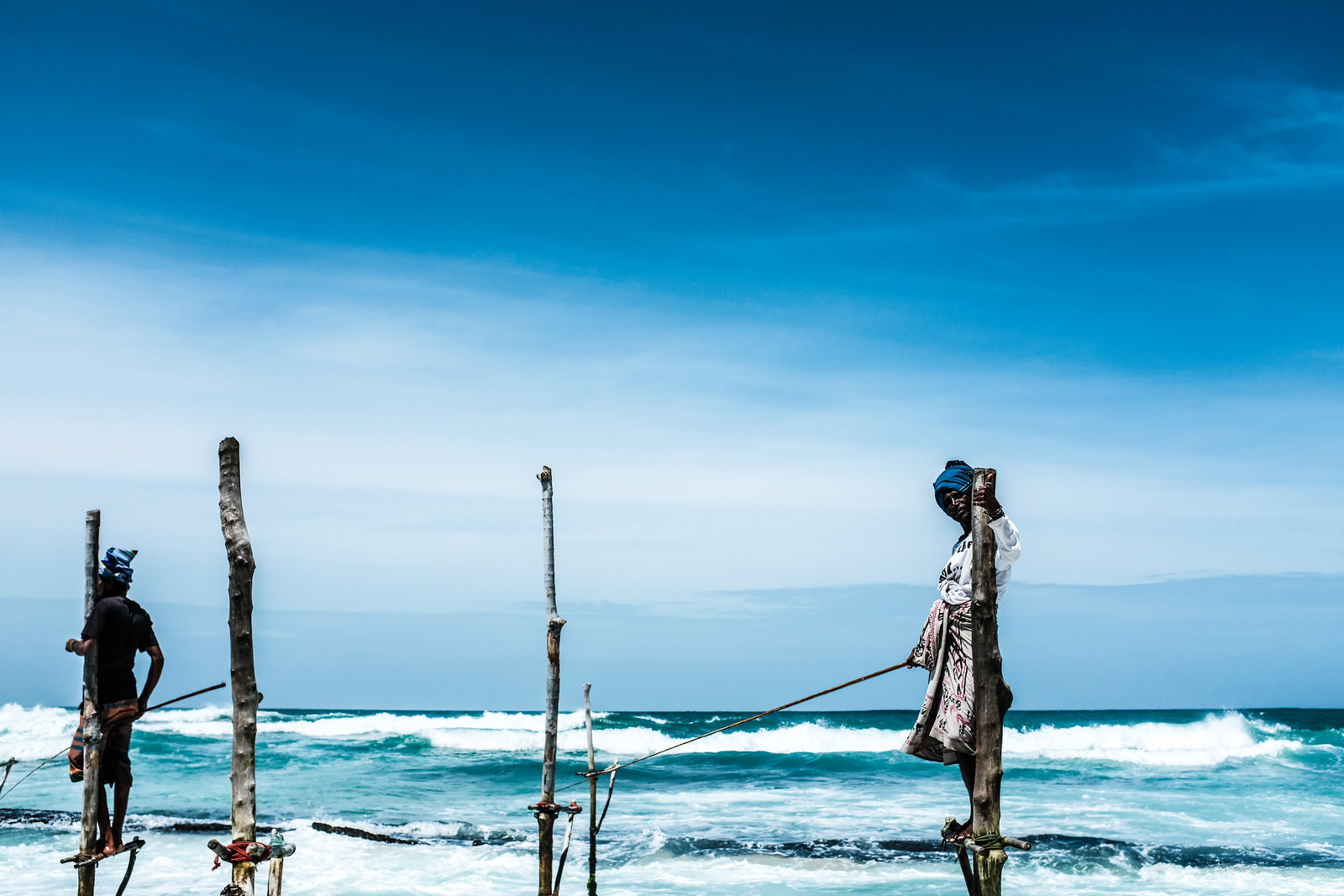 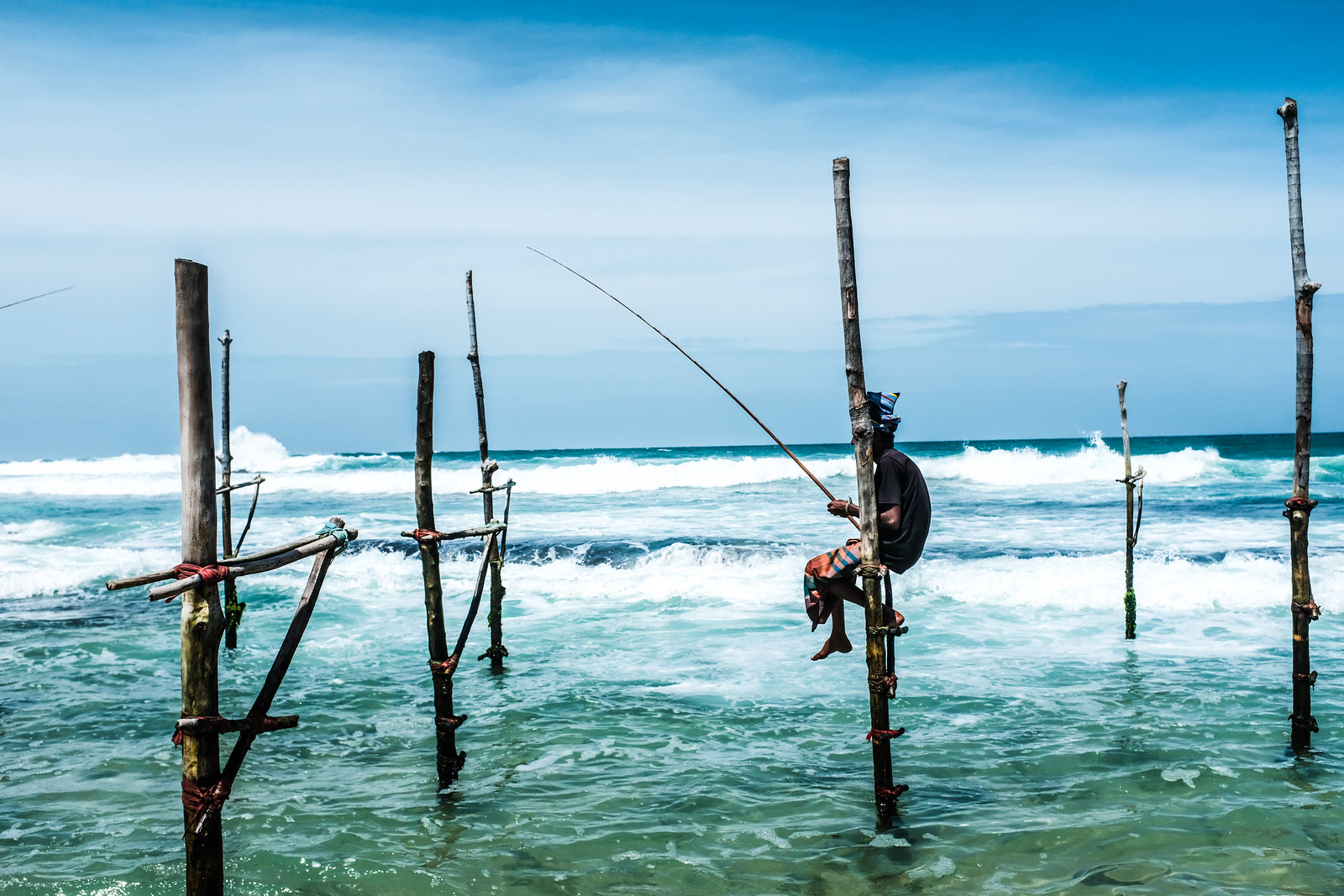 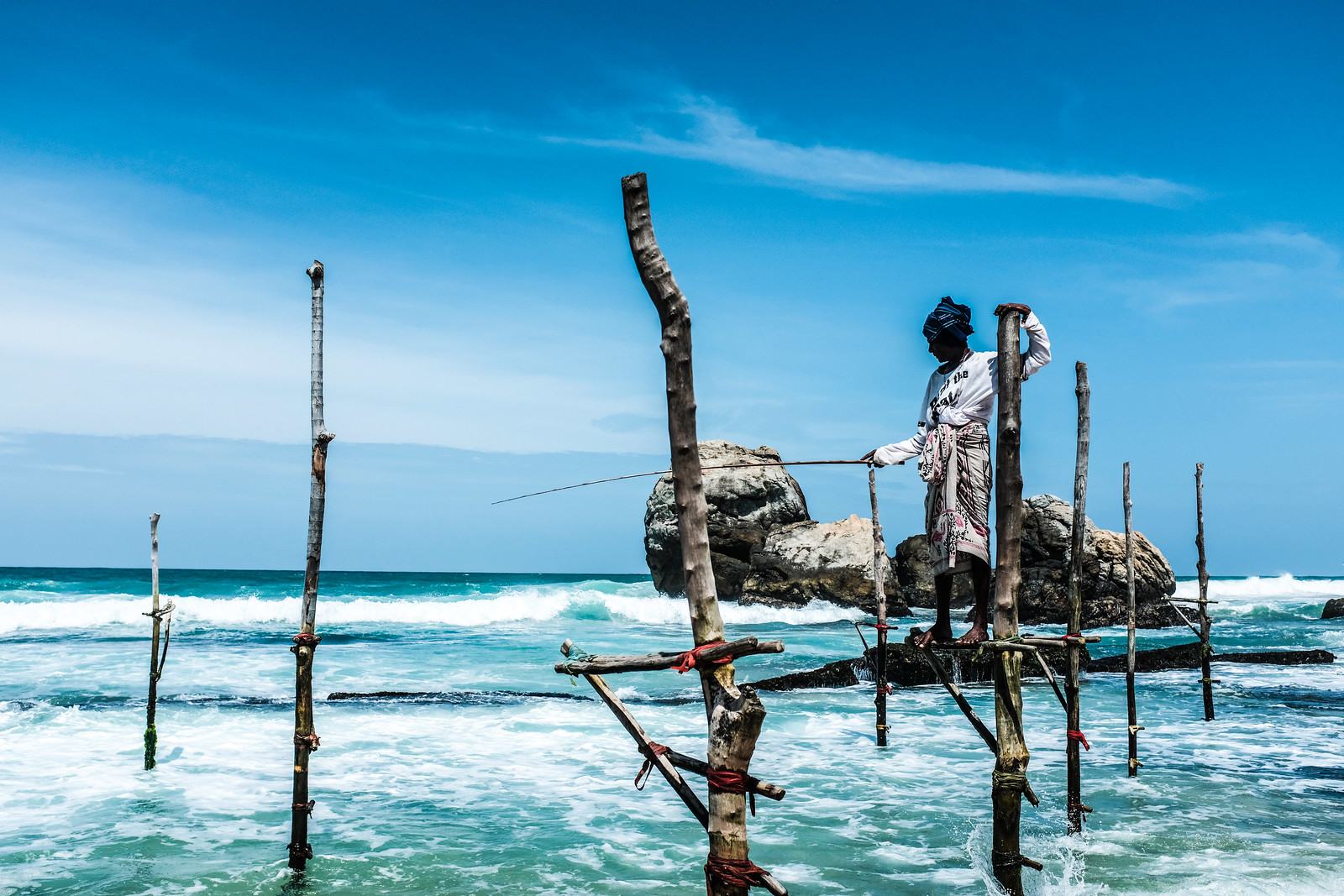 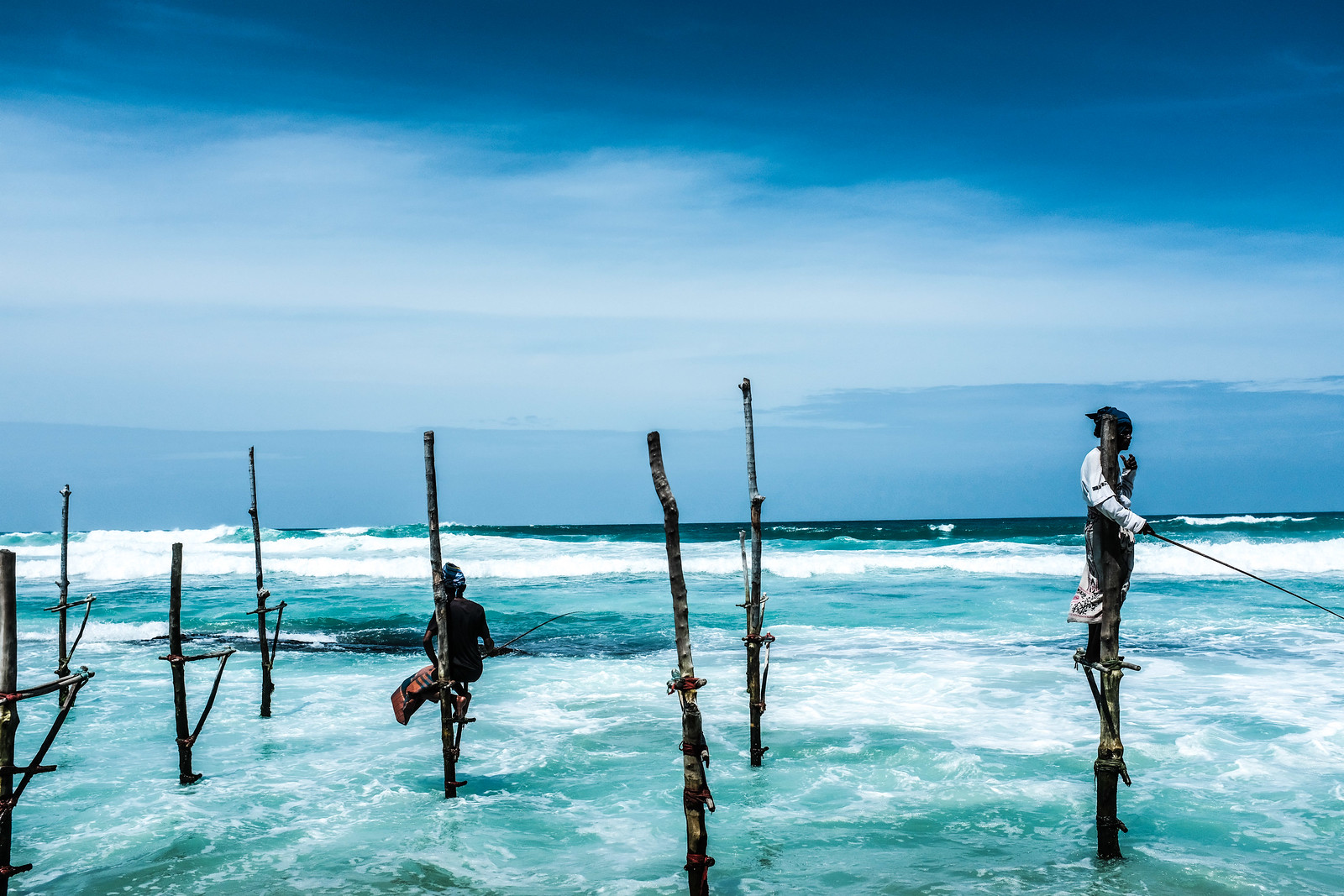 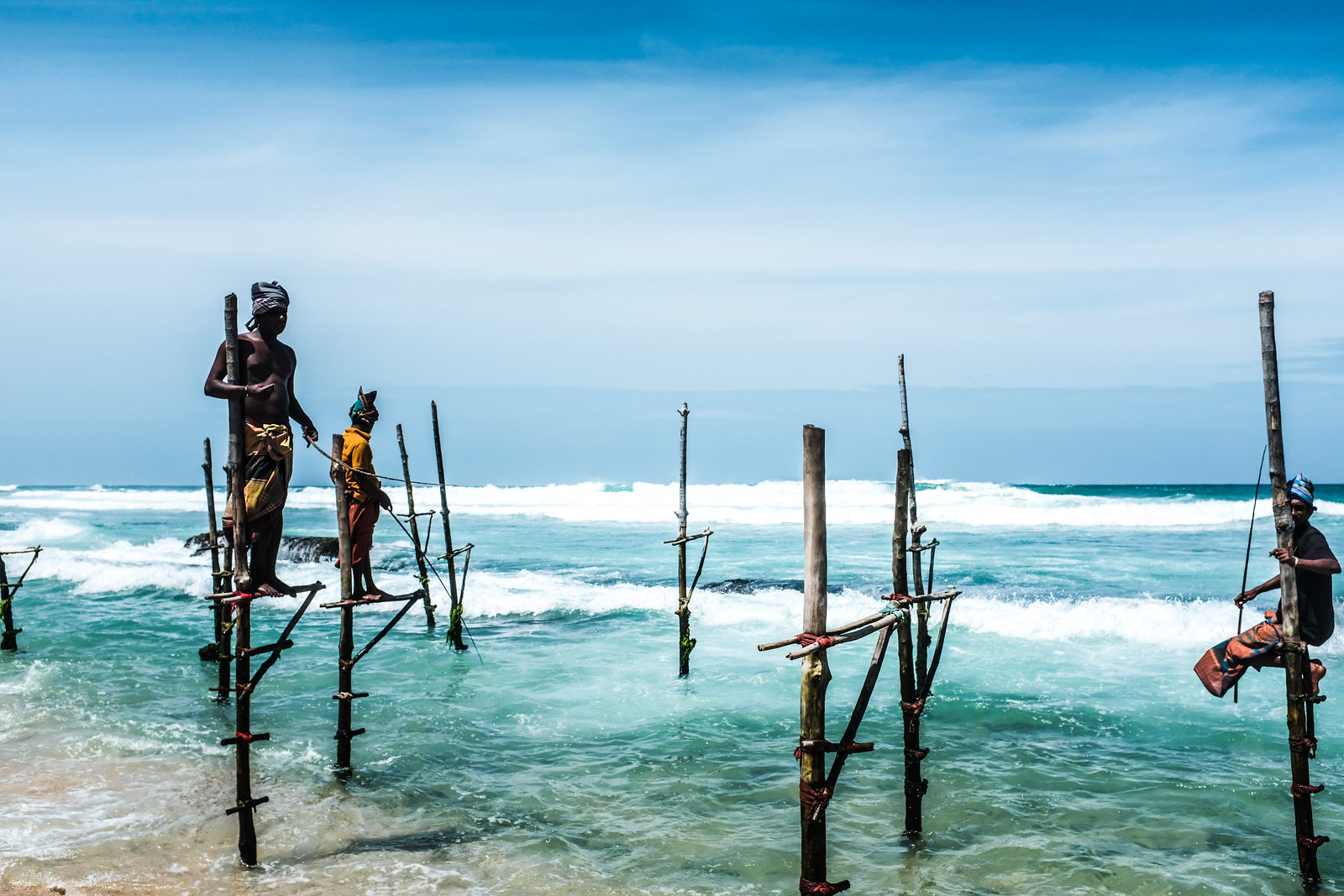 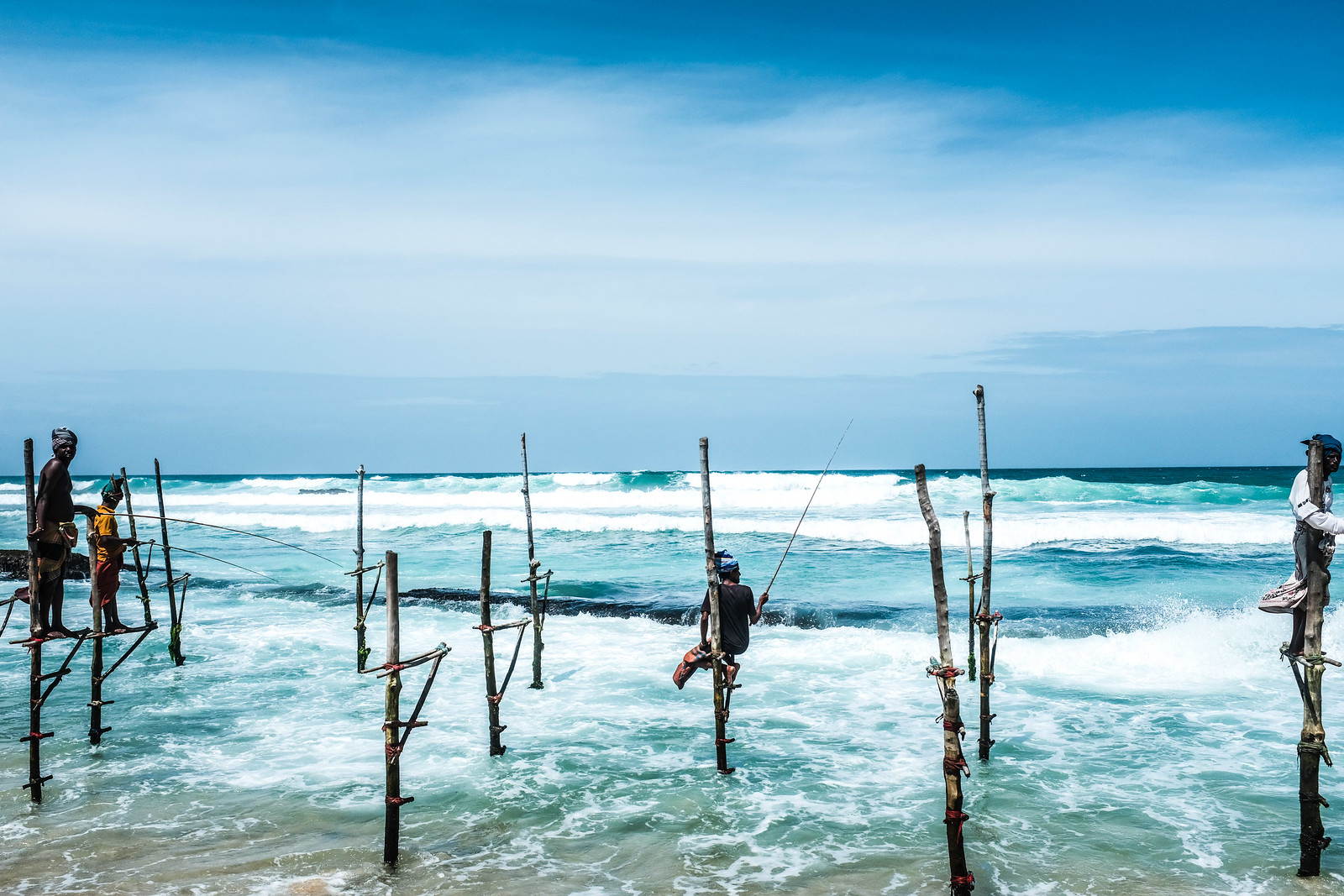 They said that to survive as a fisherman alone nowadays is not enough, the Sri Lanka coastline is not the same as before, Indian ocean tsunami that devastated many of the small fishing villages along the coast, reduced access to the fish using the traditional method. 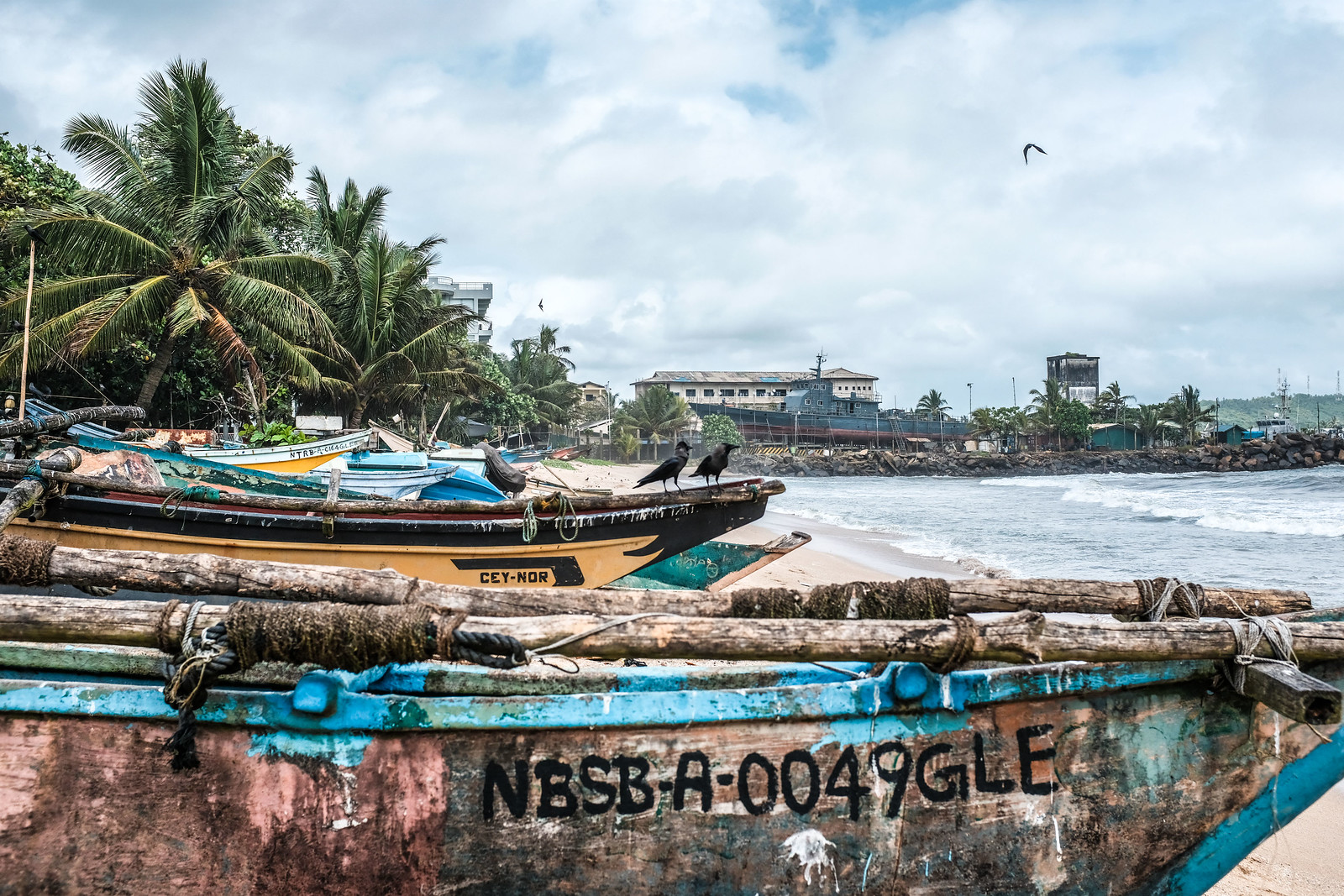 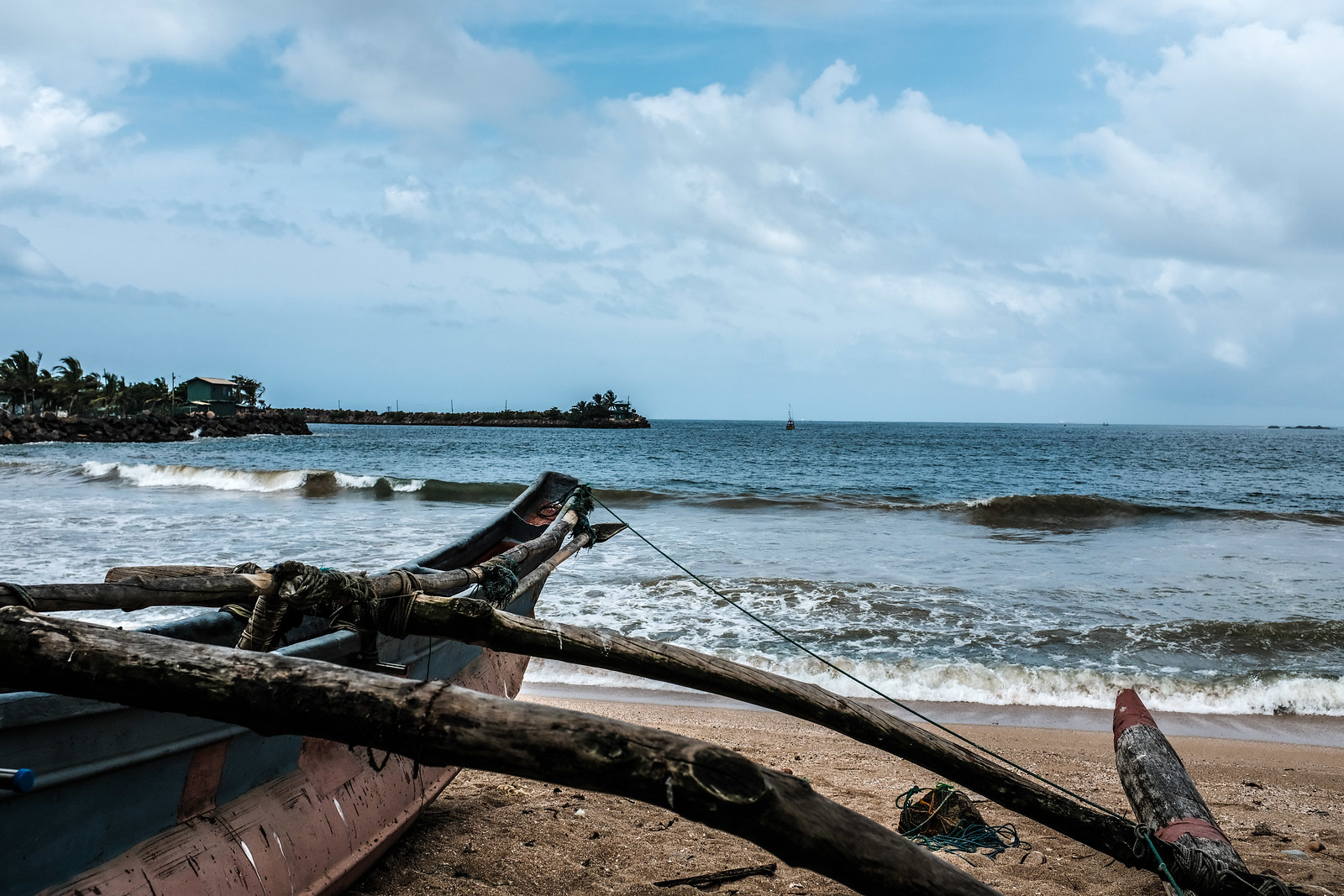 I enjoyed photographing them even if they are just pretending to fish, I can only imagine how magnificent it will be to see stilt fishing in its most authentic form.

After photographing the stilt fishermen of Unawatuna, I went back to Galle and spend the rest of the day outside Galle Fort, walking along the beach side of Matara Road. I saw motorized boats approaching the coast, with fishermen disembarking the boat with a bountiful of fish on their nets, which will be immediately up for sale at the Galle Fish Market. Afraid that I am disturbing them and so I asked politely if I can photograph the fishermen and their trade. I feel like I was Steve McCurry for a minute, I was given an all access permission to do so. 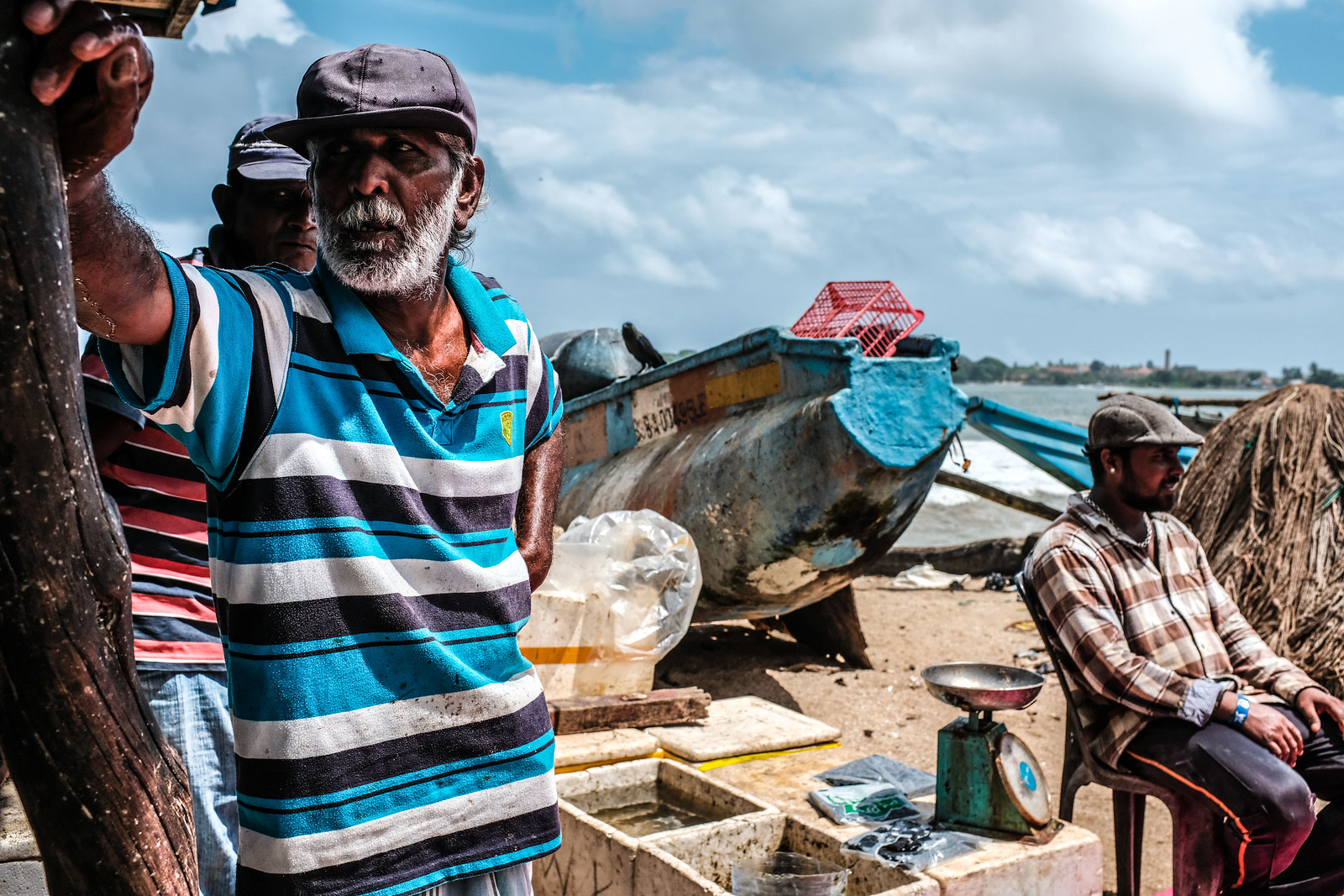 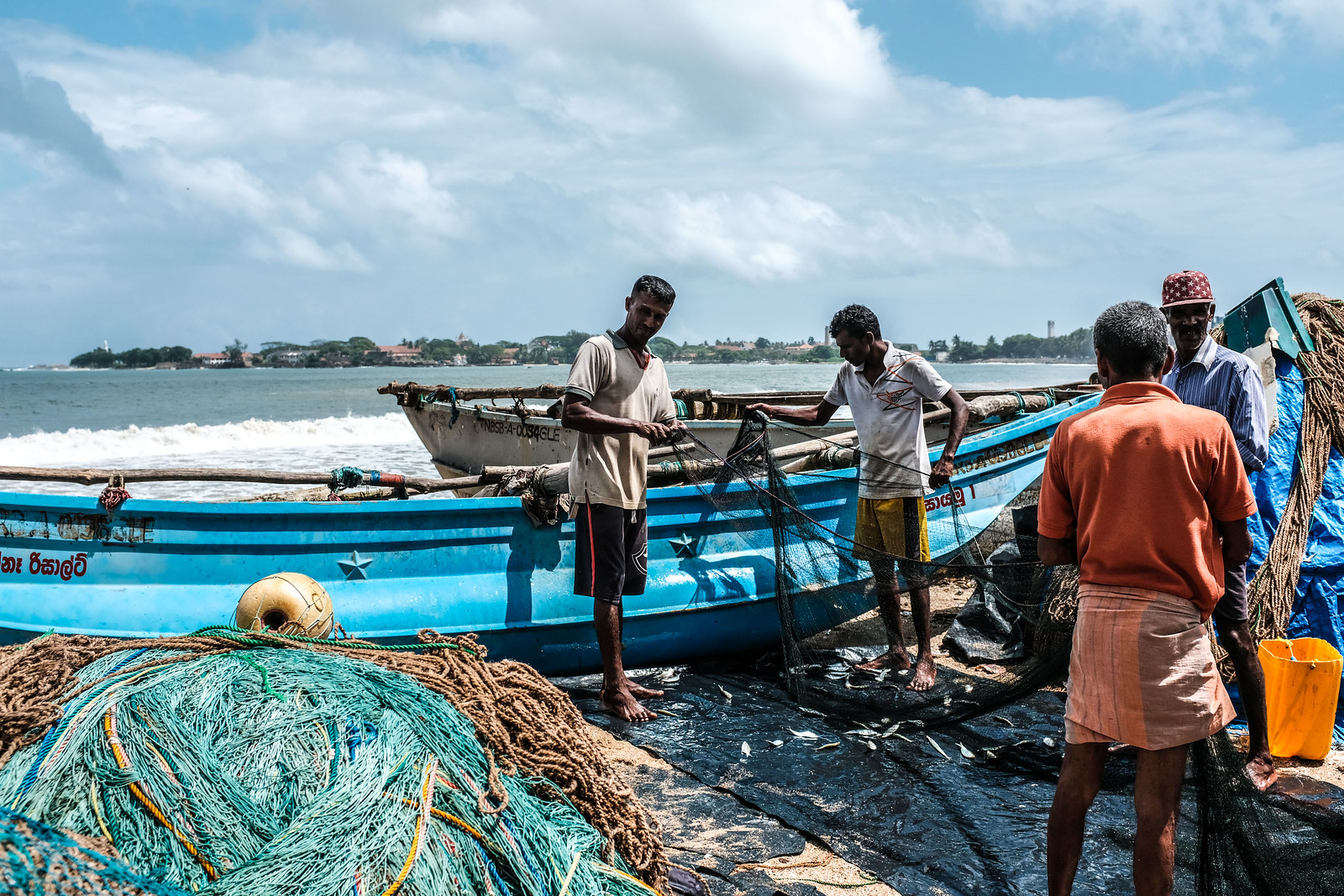 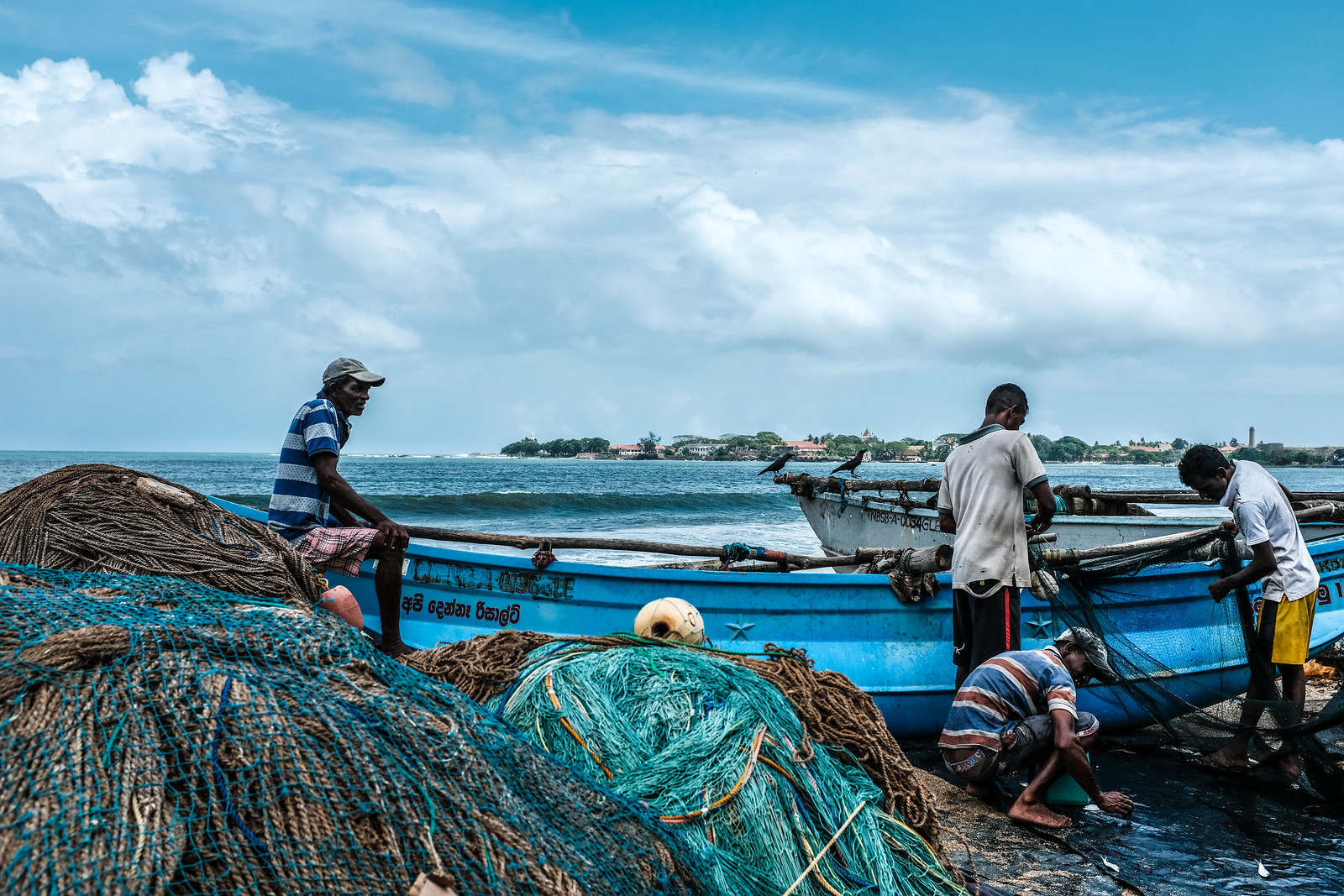 Fishing is a backbreaking work, the hands hardened with calluses, the skin burnt by the sun, the rough sea, then there is always the possibility of coming home with empty net, so seeing the fishermen of Sri Lanka, with a smile on their faces, genuinely proud of what they do, is one of the best feelings I experience in my short trip at this magnificent country. 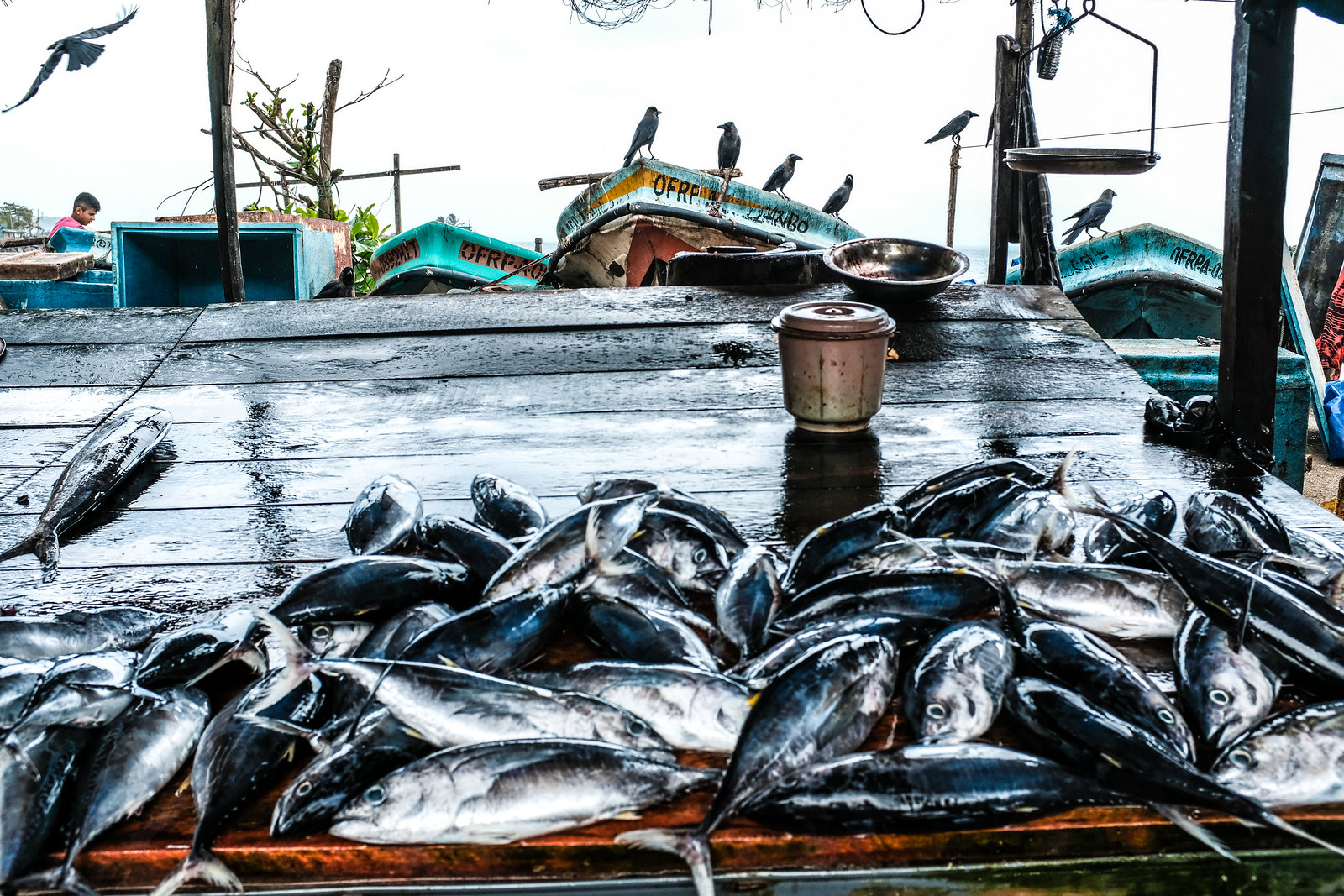 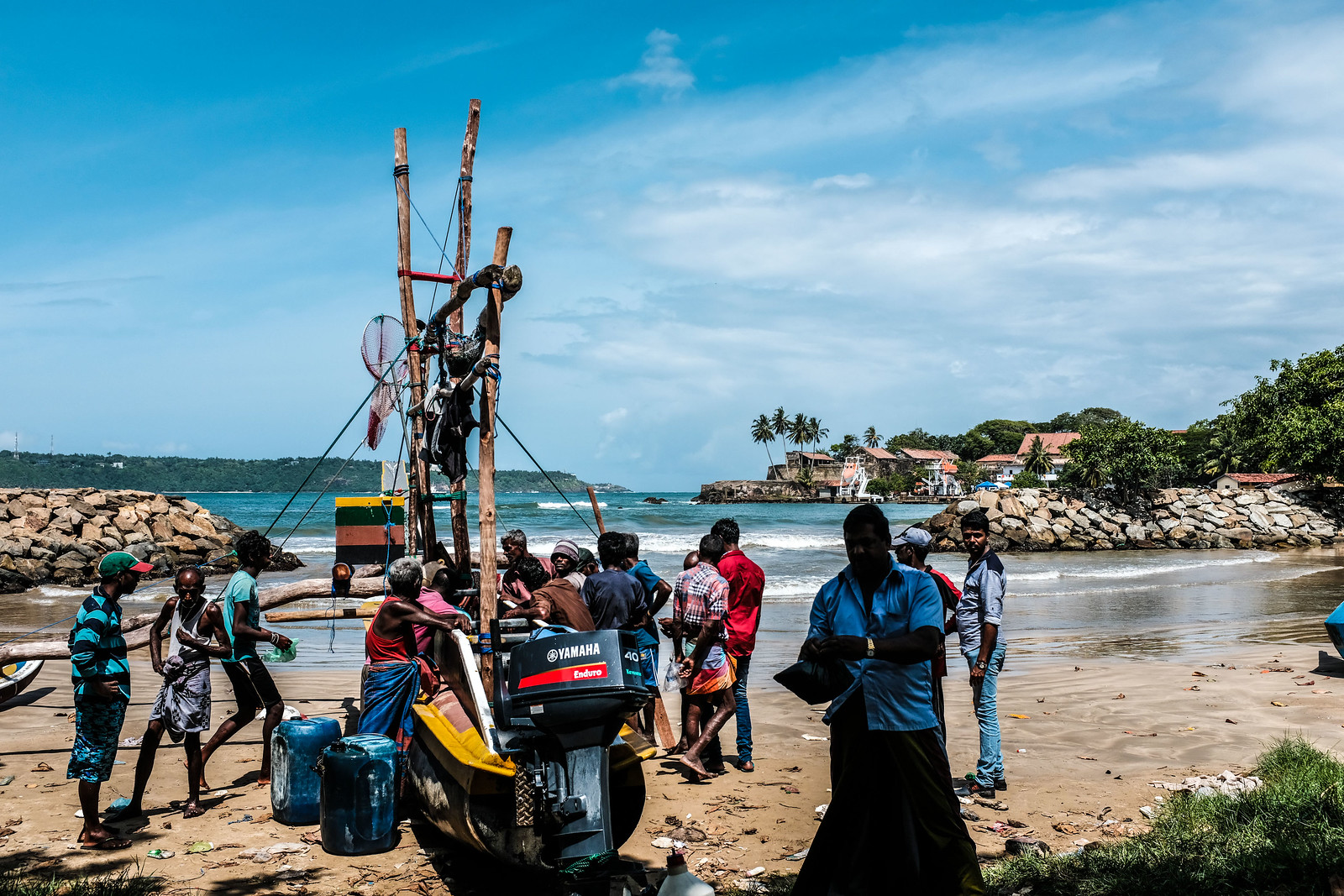 3 thoughts on “The Stilt Fishermen of Sri Lanka”