That time when our heart skipped a beat and then comes a sudden realization that we are at the very place we always wanted to be.

The serenity of early morning on Inle Lake is perhaps my Myanmar moment.

An image or a feeling that will stay with me for days and years to come. 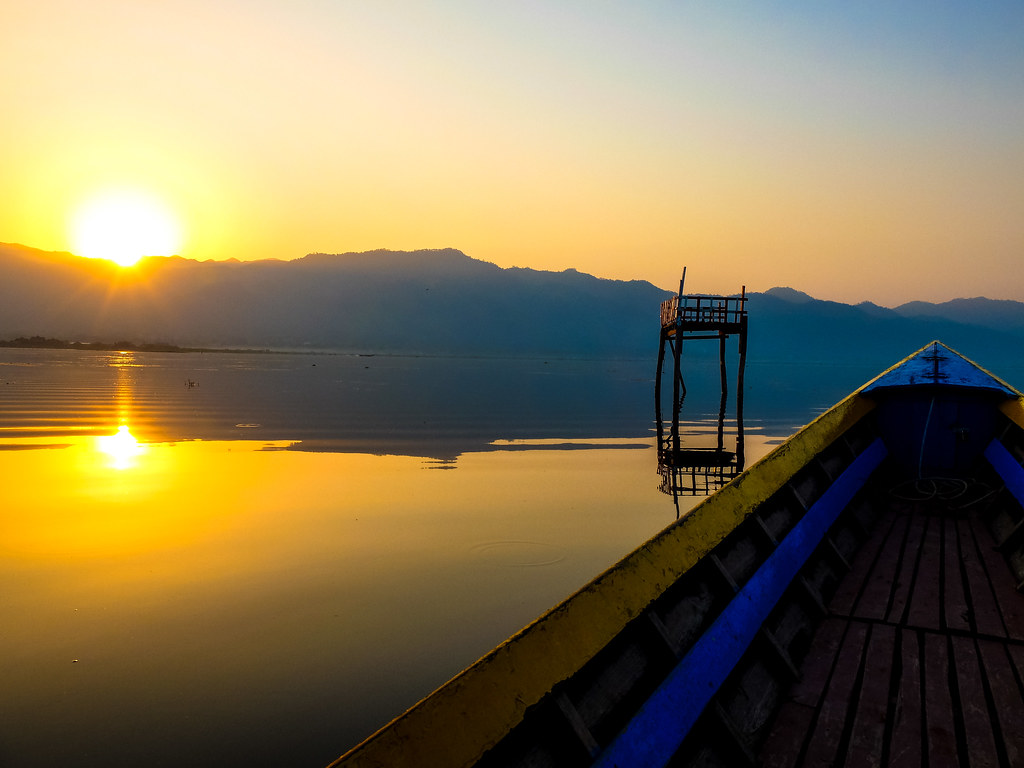 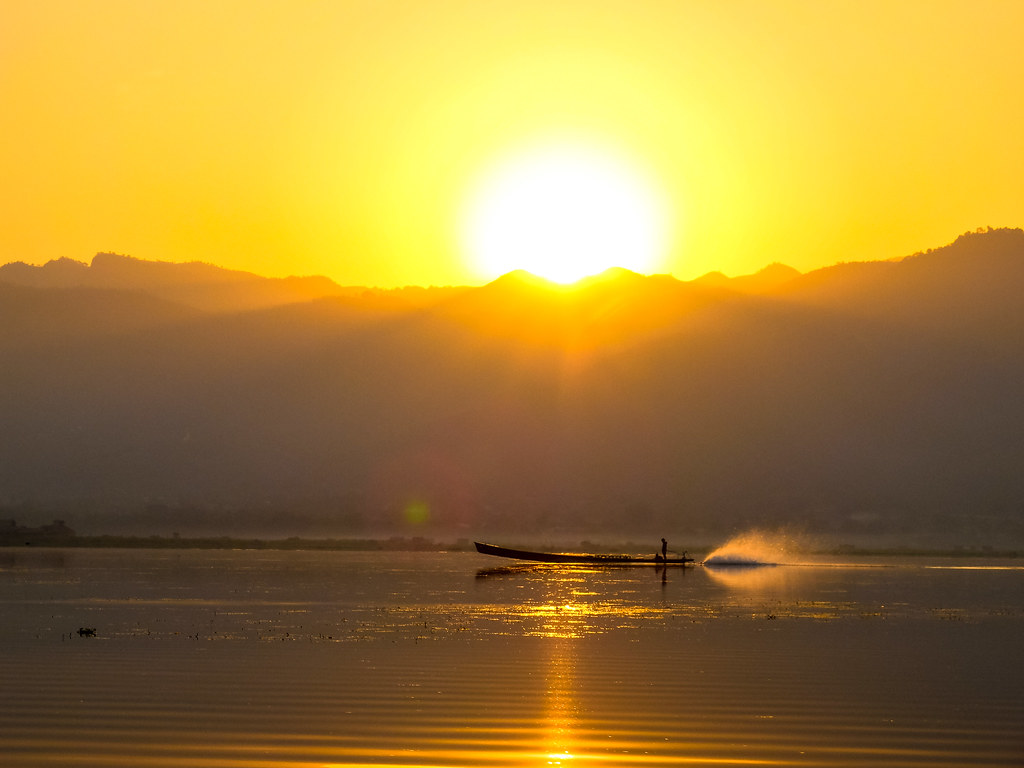 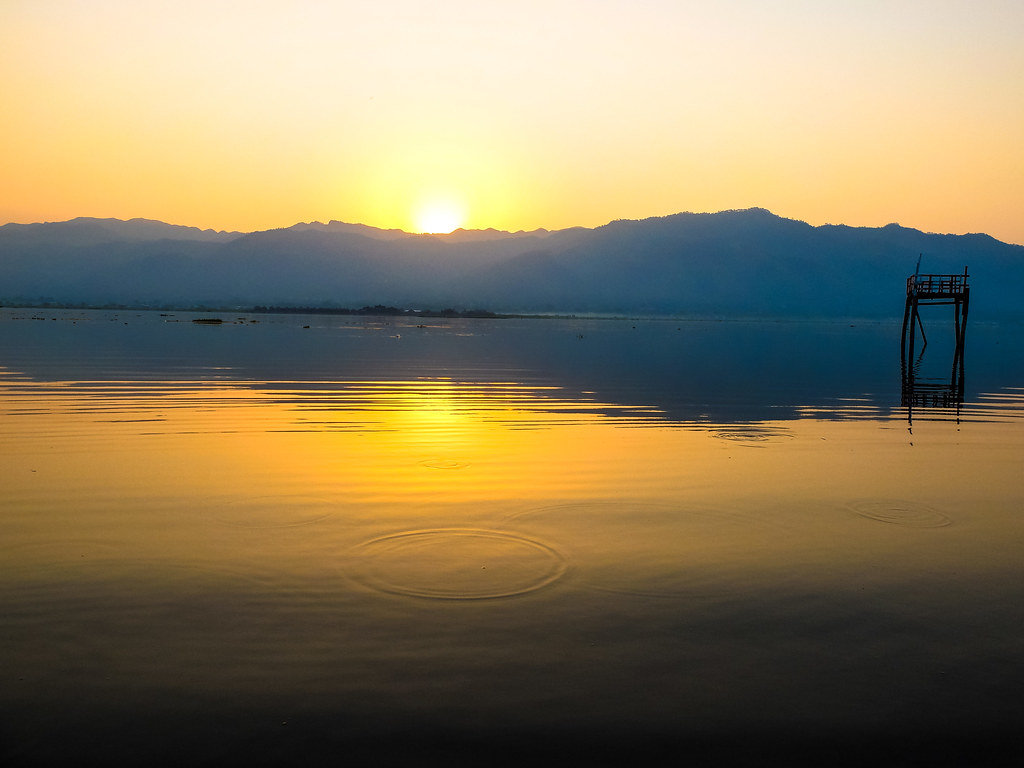 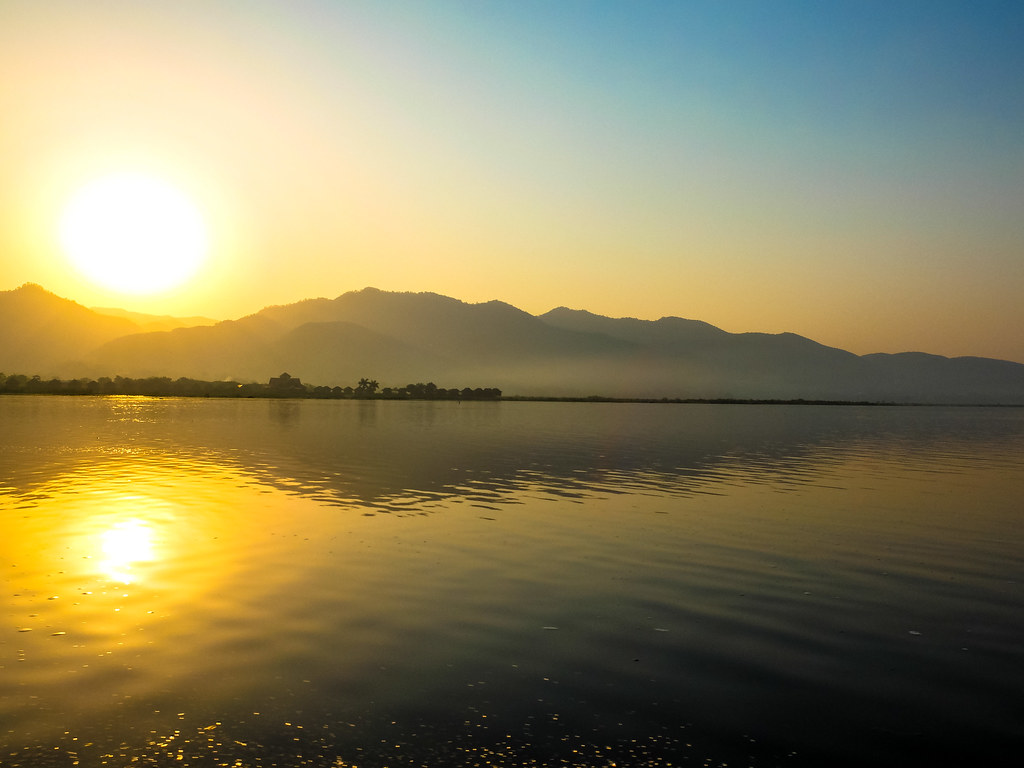 I know I made the right decision to set out to the lake, way early in the morning and rented out a whole boat by myself.

I believe there are certain experiences in life that sometimes the budget or cost is out of the question, nonetheless the price of renting a boat for yourself is not as expensive as other touristy activities in Myanmar or any other place in the world. Obviously it will be cheaper to share with a group or join a tour, but the reward of enjoying the lake at your own time, at your own pace is so worth it.

It was everything that I imagined it will be, the weather is perfect, the lake is calm and peaceful, and the color is just amazing.

I can hear the sound of the boat engine and the chirping of the birds at the same time, the boatman silently navigating the familiar waters of Inle Lake, ready to show to me the beauty of the lake, the same spots he has shown several numerous visitors before. 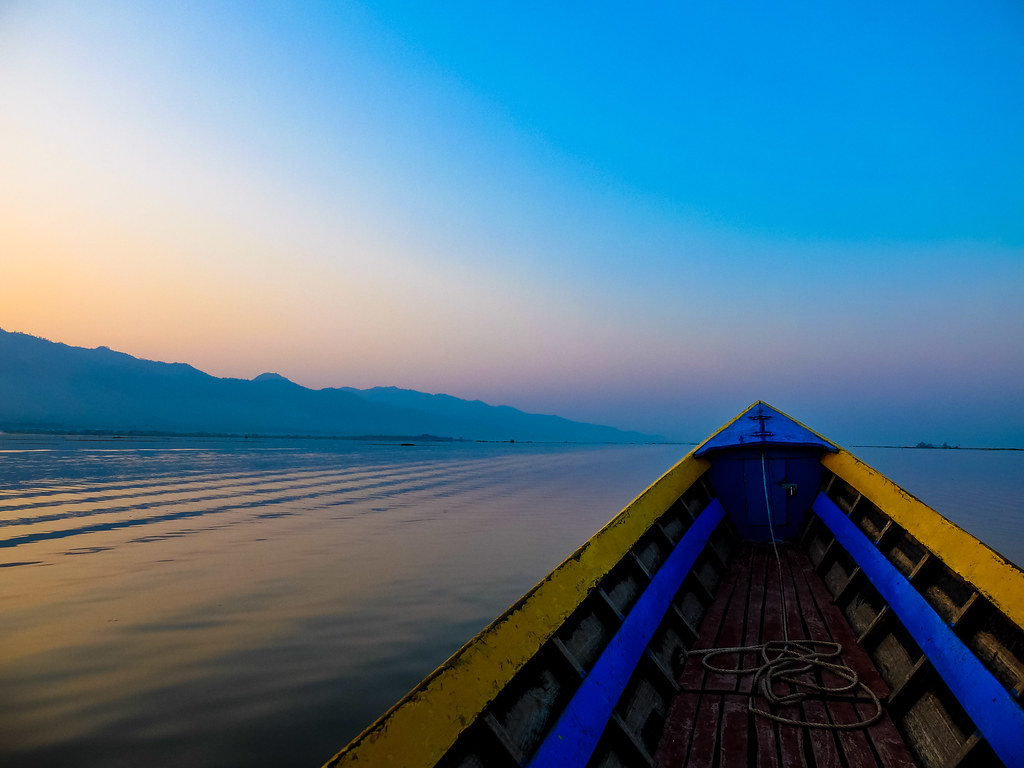 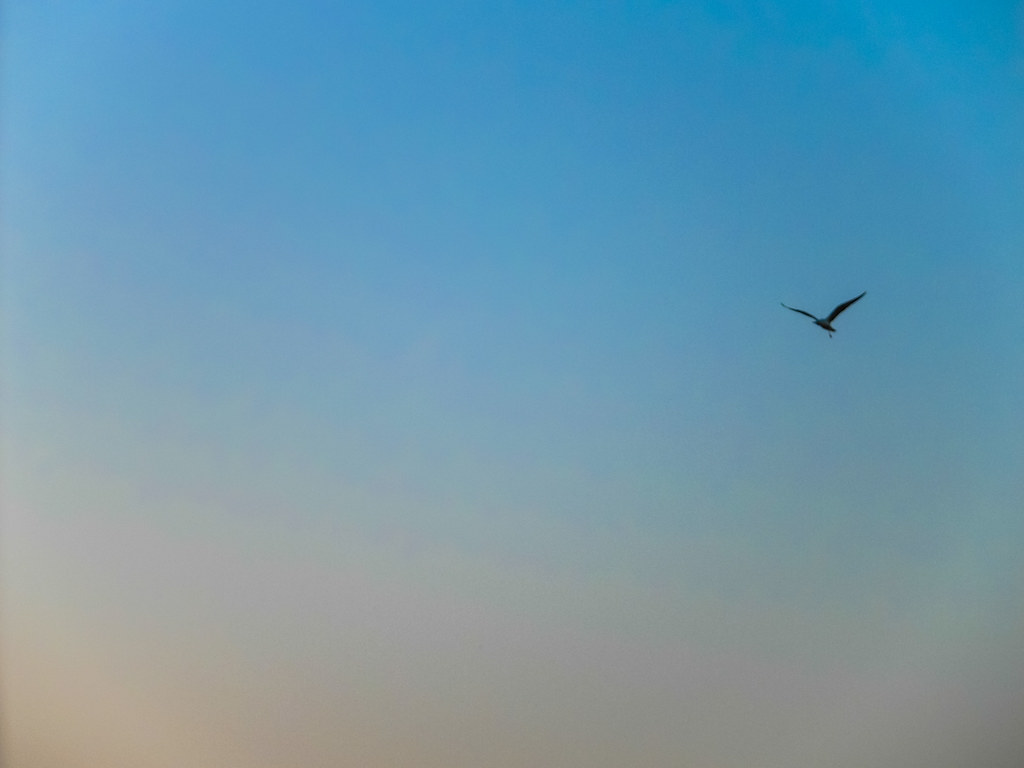 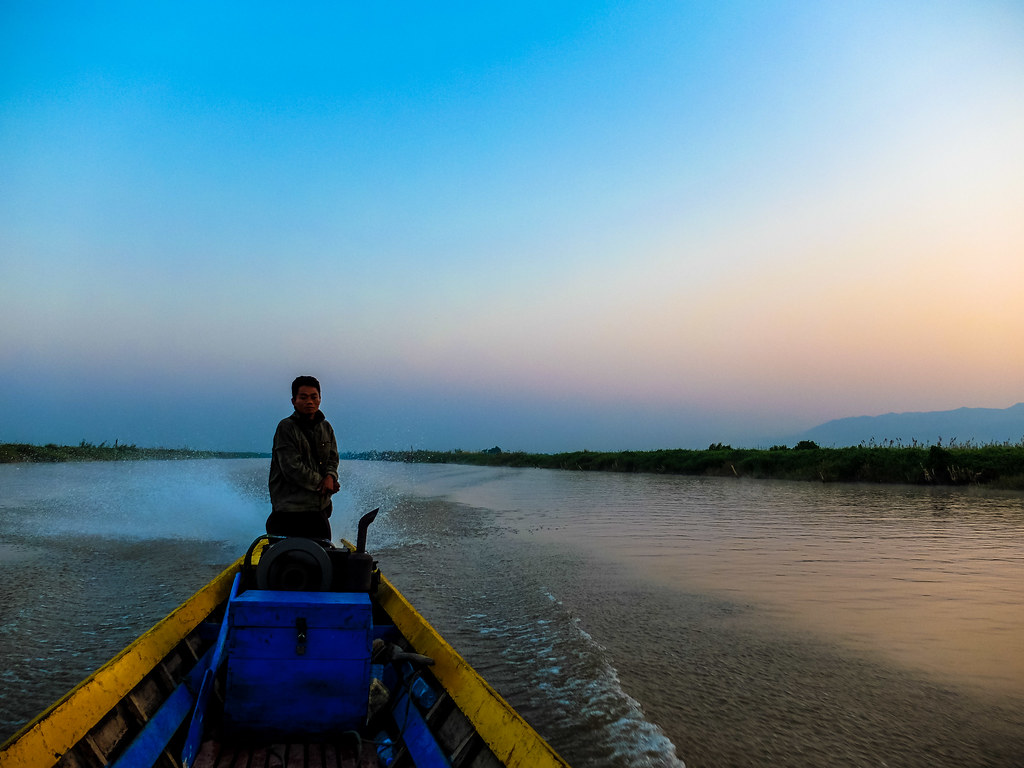 As we wait for the sun to rise above the mountain range and engulfed the lake in yellow, I sat there speechless and completely taken aback by the sheer beauty of nature, and then I realized that it has been so long when I last felt completely overwhelmed with satisfaction on a trip.

For the past two years, my limited yearly budget travel allowance brought me to some of the best cities in the world, hopping from one airport to another, to one city to the next, I was happy to have been there but never as happy and contented as sitting in a boat at Inle Lake. 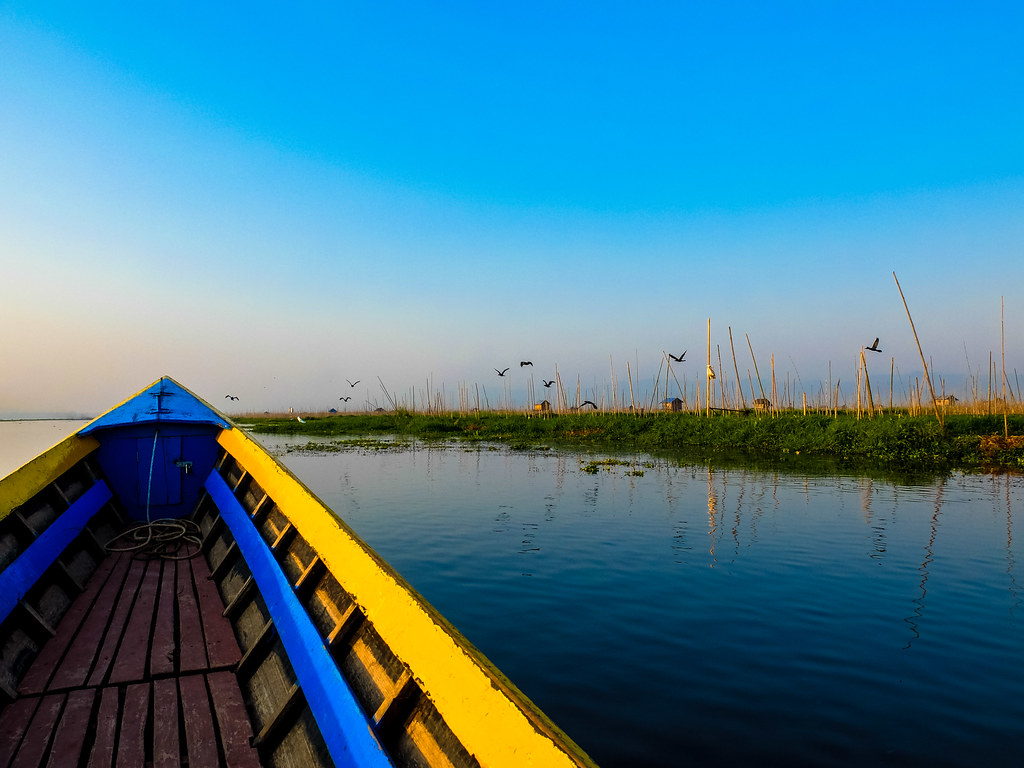 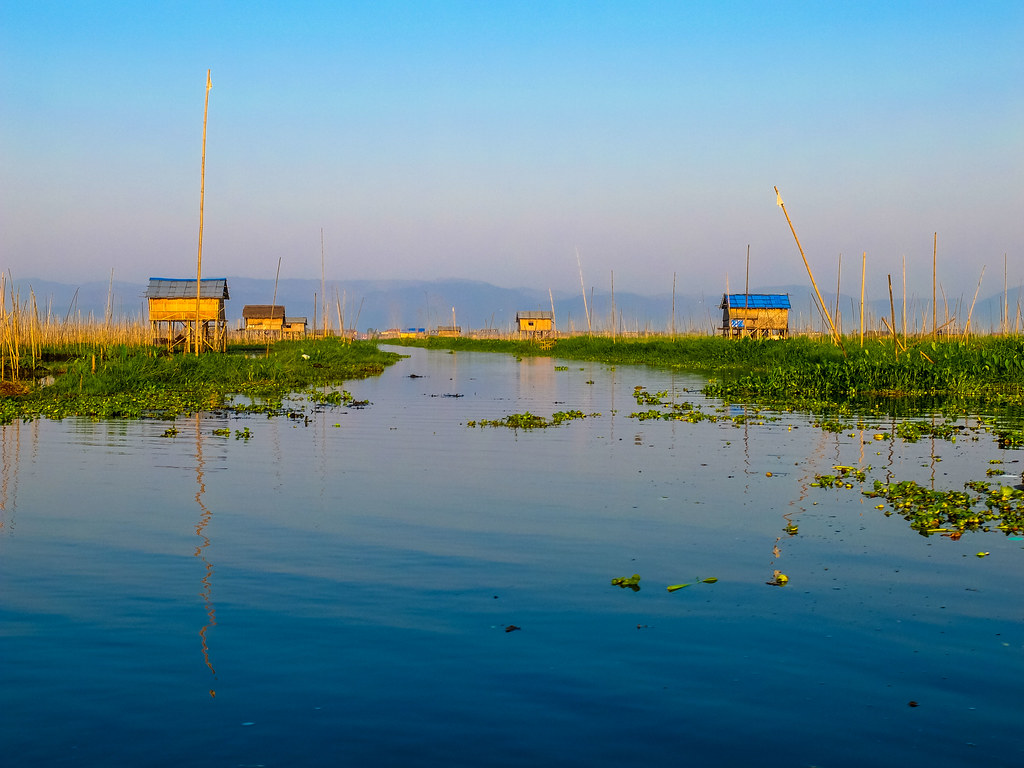 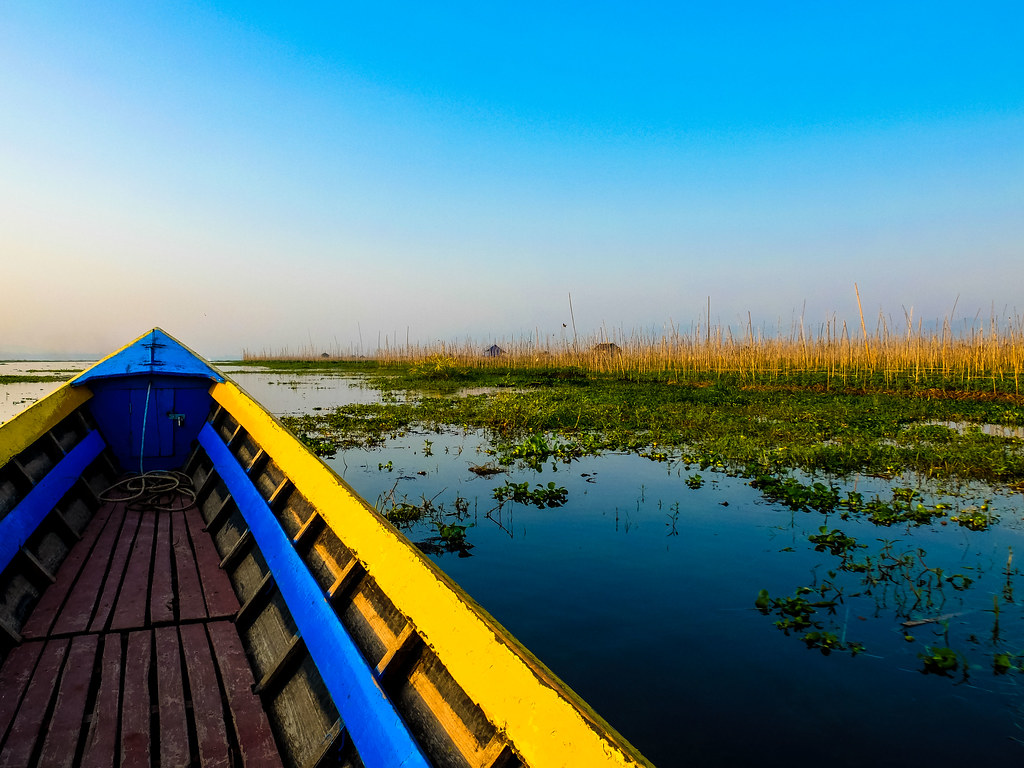 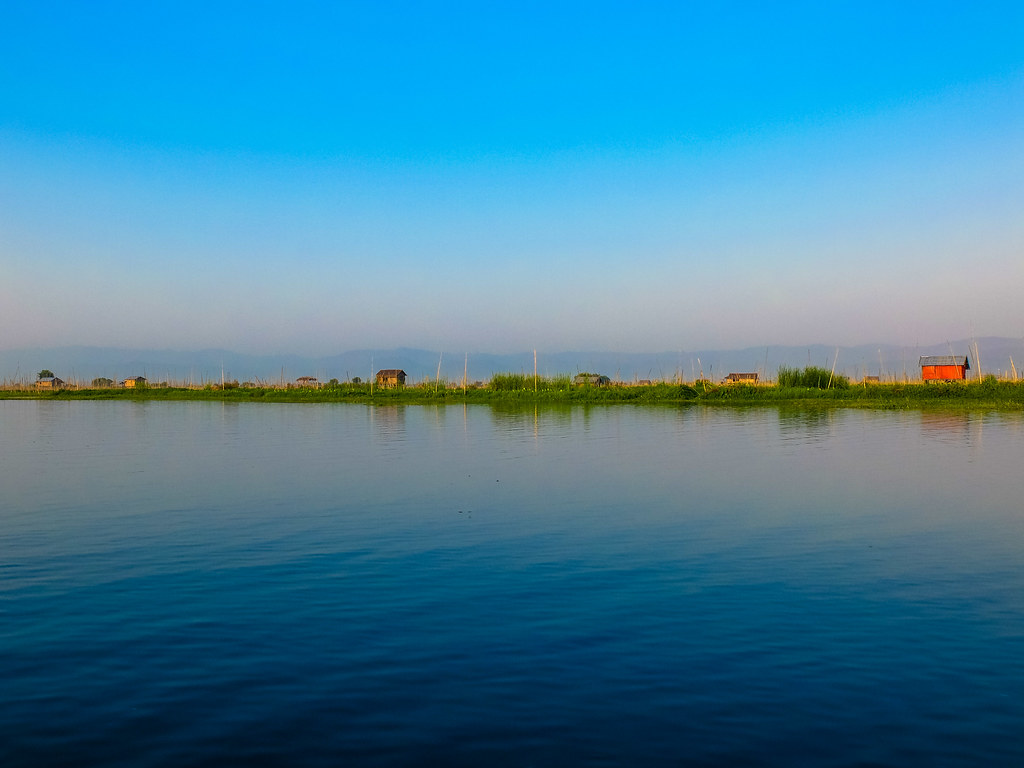 The reason more than ever why Inle Lake becomes such a popular destination is the image of the local fisherman standing with one-legged at the edge of their boat while the other leg wrapped around the oar to guide the boat .

A technique they used for the specific reason of multitasking, to have their hands free to handle the cumbersome net and to look out for algae that are common in the fresh water lake. 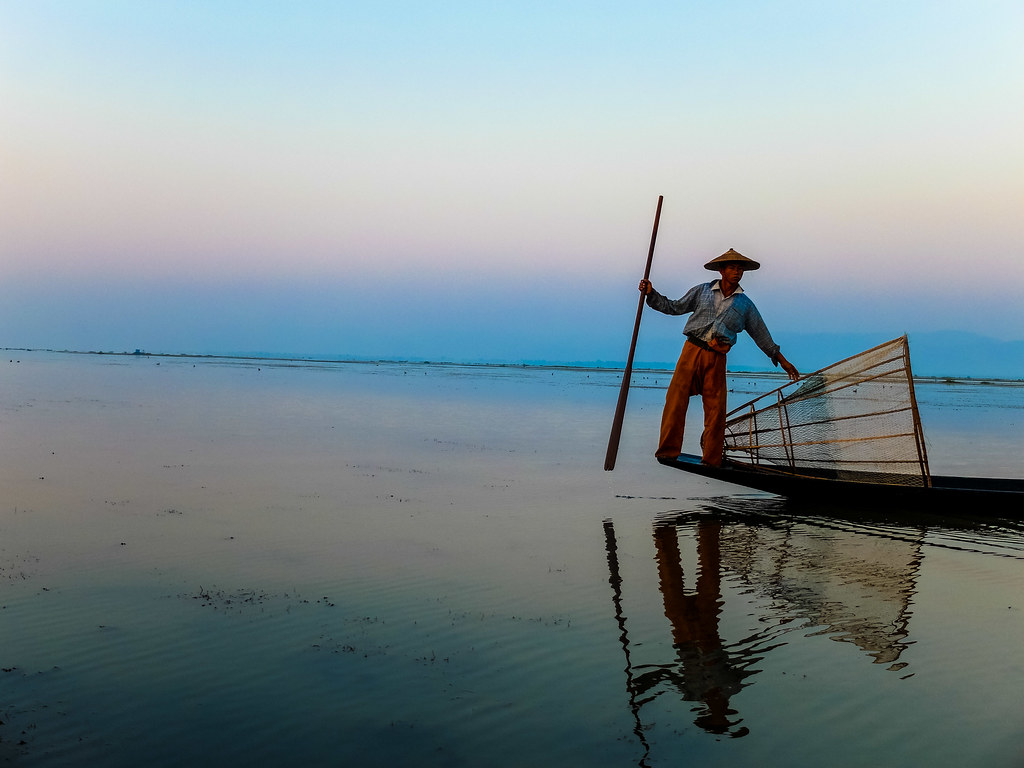 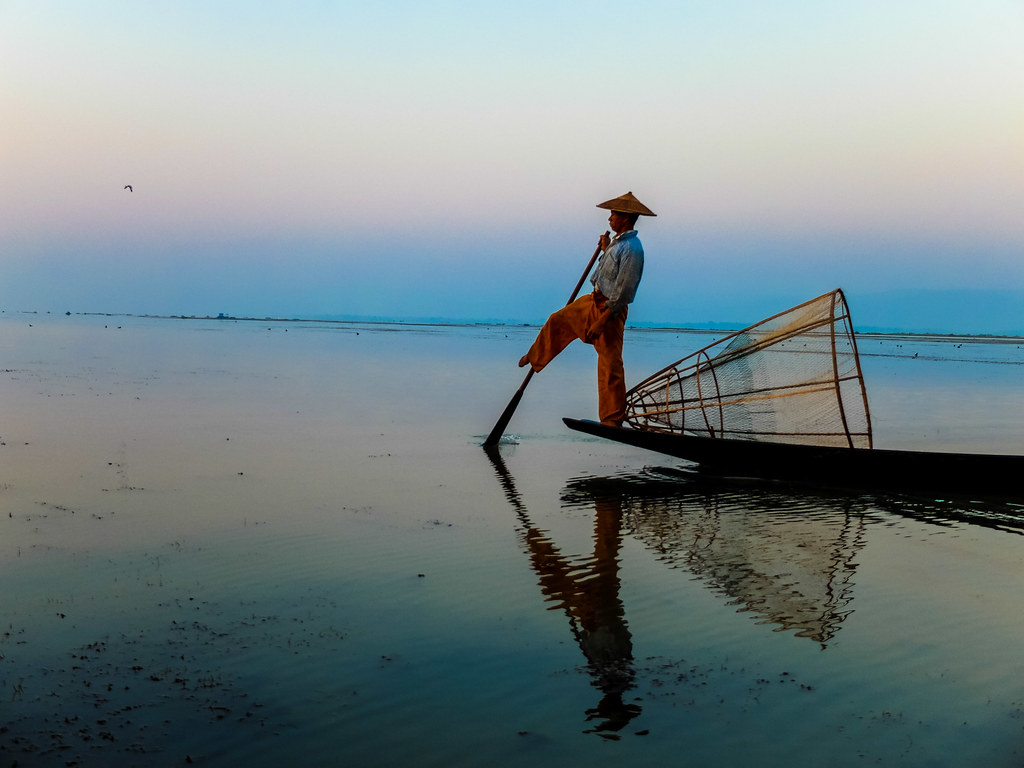 Most boat trips often stop at one particular spot where two or three fisherman wore coordinated triangle hats and wide legged orange pants, they are not the “real” fishermen but mostly performers waiting for tourist. My boat guide asked me if I wanted to stop, I was hesitant for a while, but the allure of the images they create and the poses they made makes the decision quite easy.

I watched them for a brief moment as they set out striking various poses and captured several images. 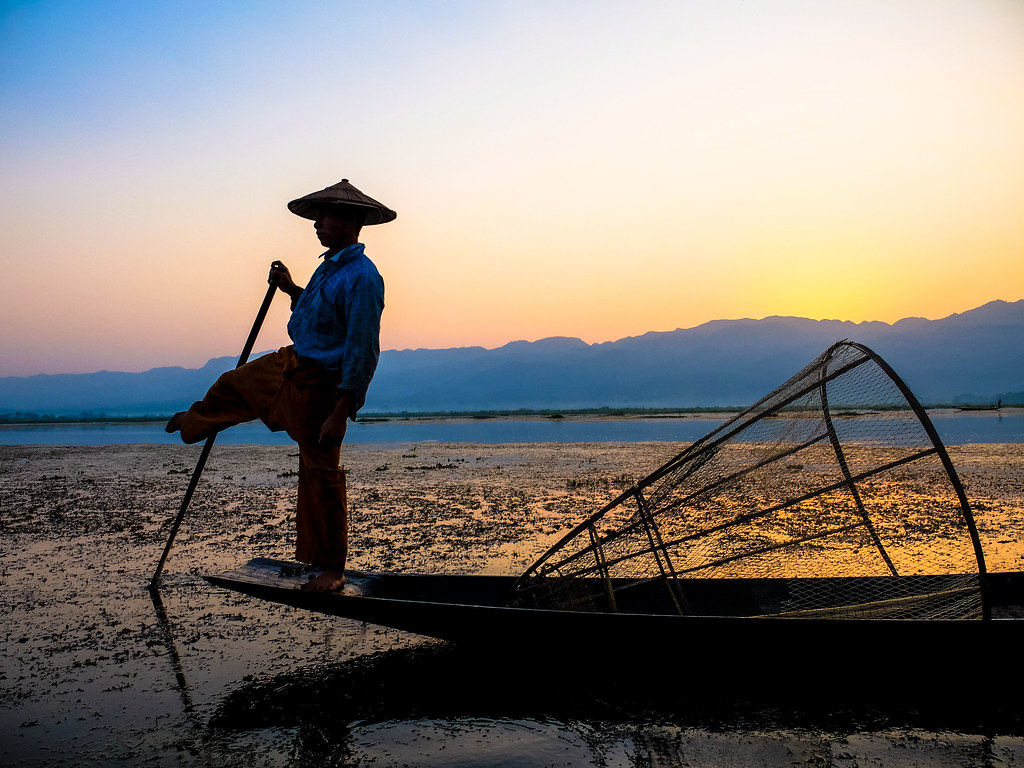 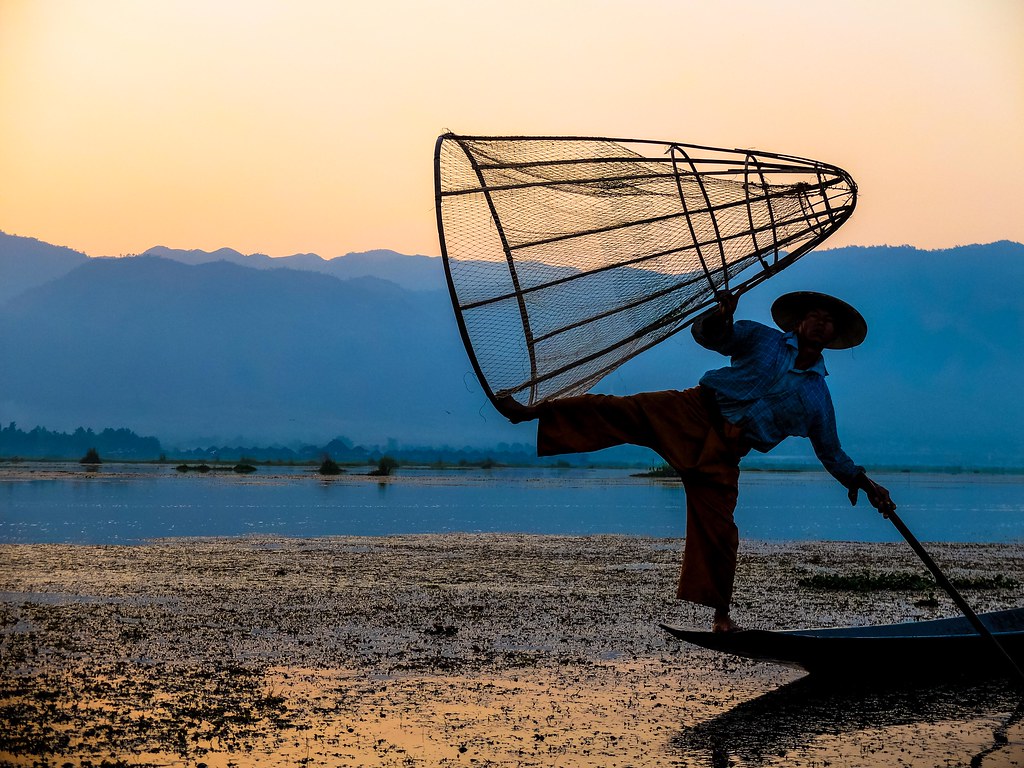 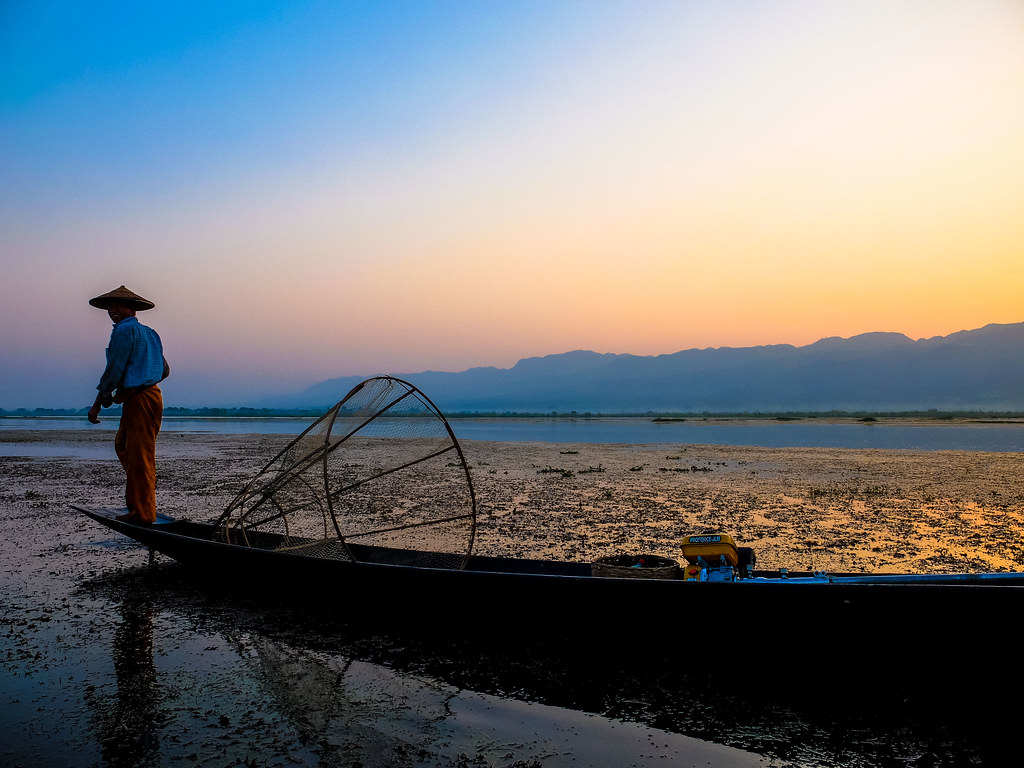 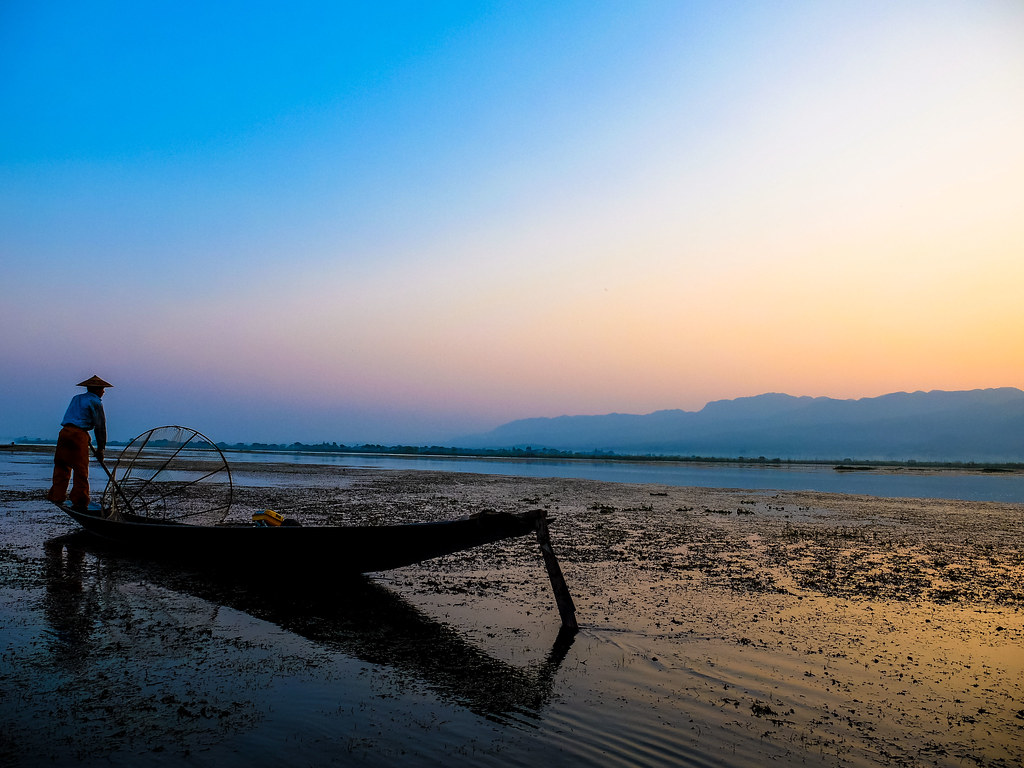 I don’t think it is a tourist trap as many would say, the so called fishermen won’t stop you from capturing photographs, they won’t force you to pay or donate either, and if you happen to give them your spare change, they will give you something in return- one or two freshly caught fish.

Though to watch true fishermen and their art of traditional fishing at Inle Lake is easy, you will passed by them on the lake as the day progress. Like a ballet or symphony, it is fascinating to watch them perform a fishing method uniquely their own, a skills acquired since childhood. 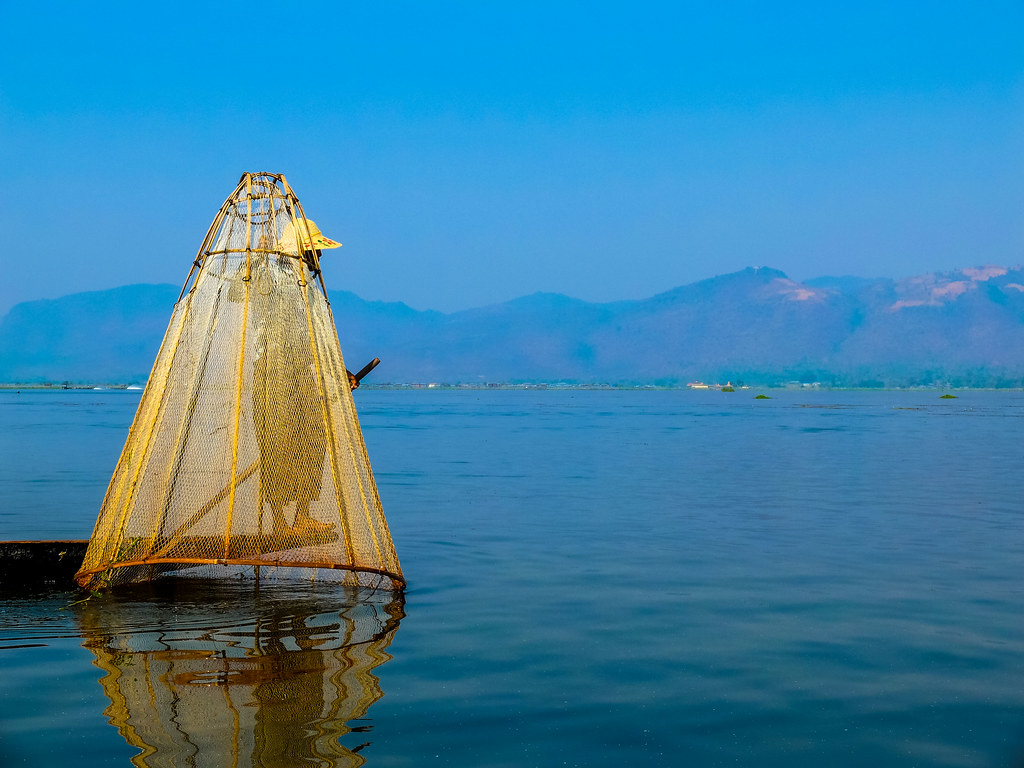 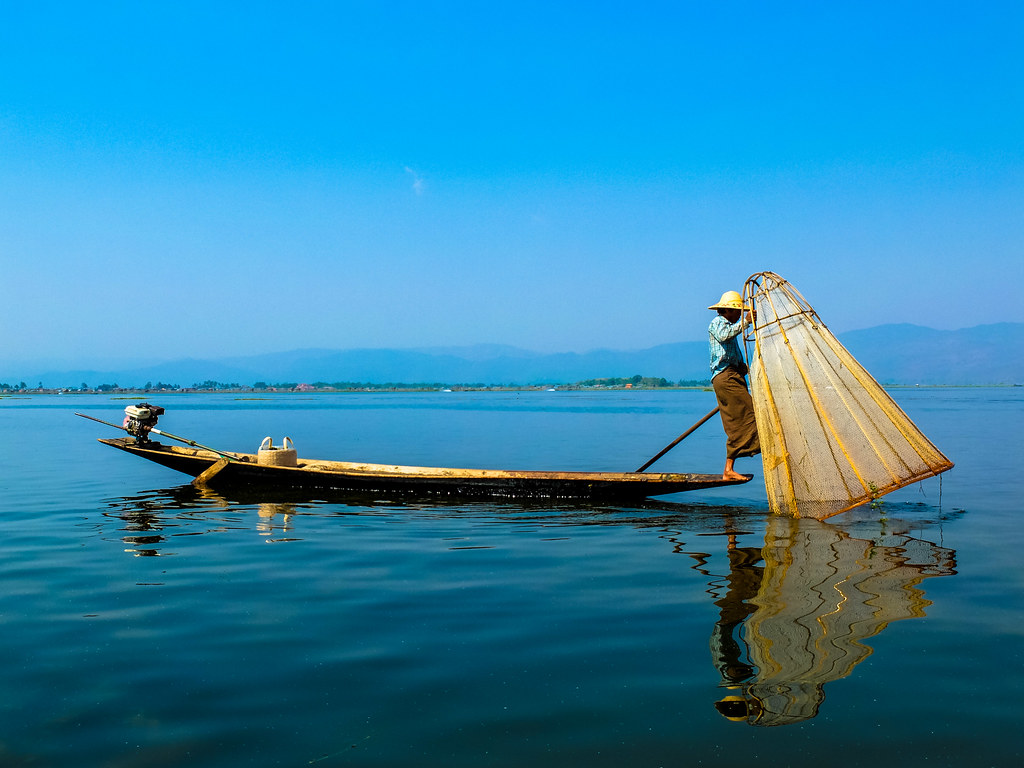 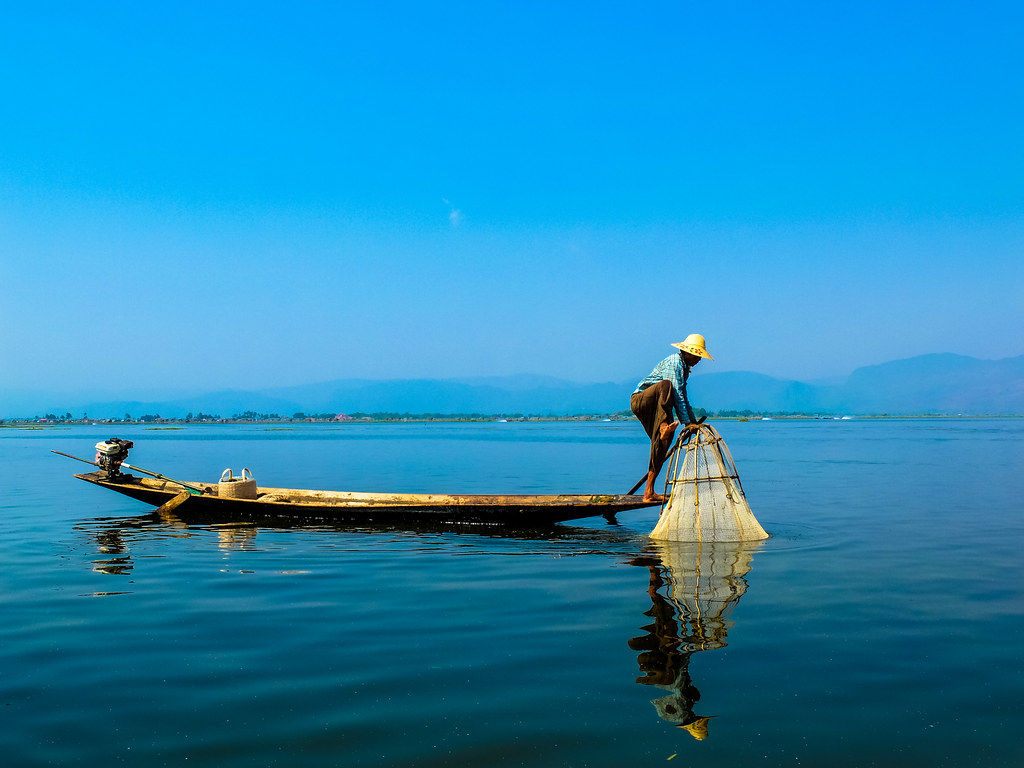 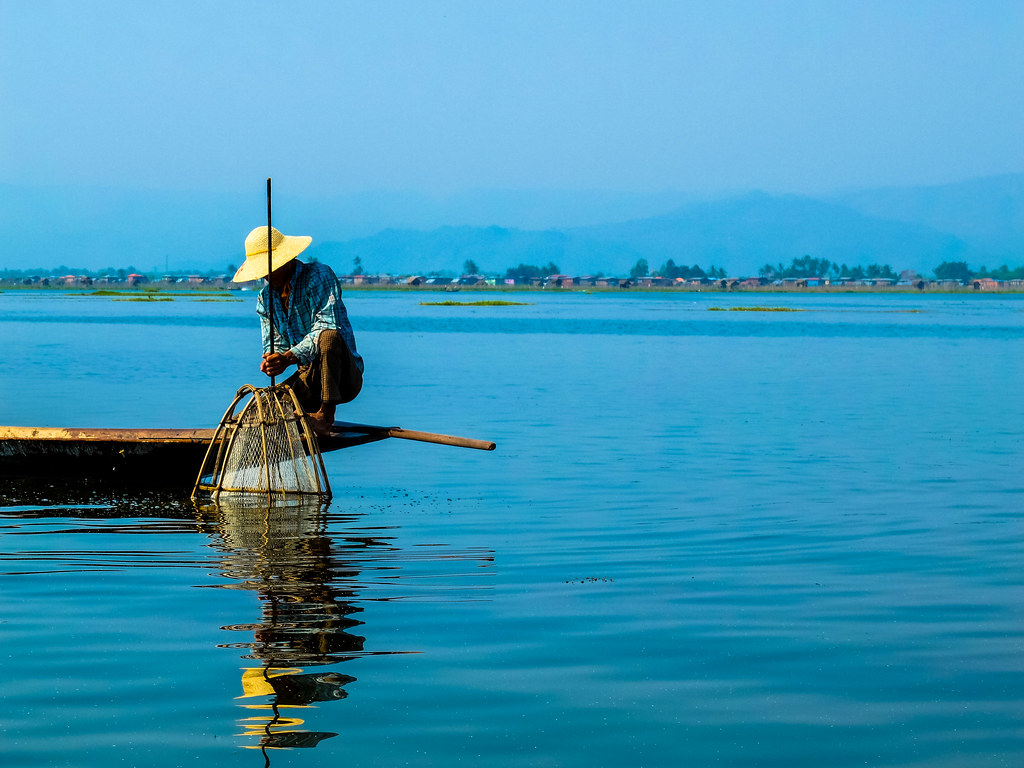 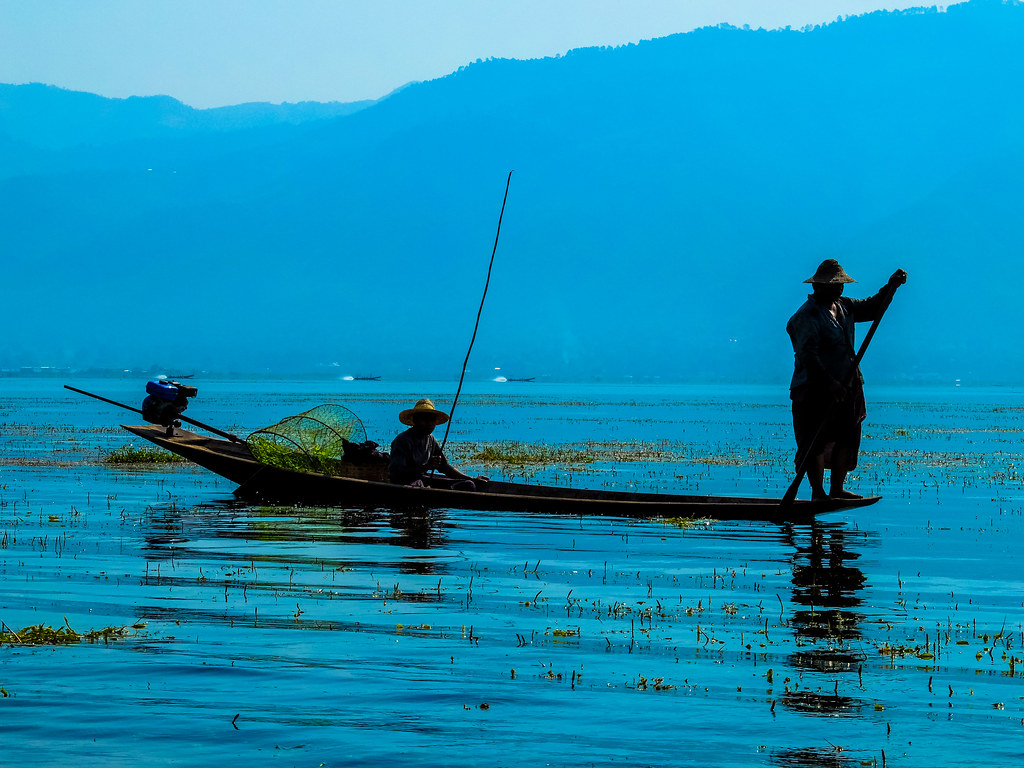 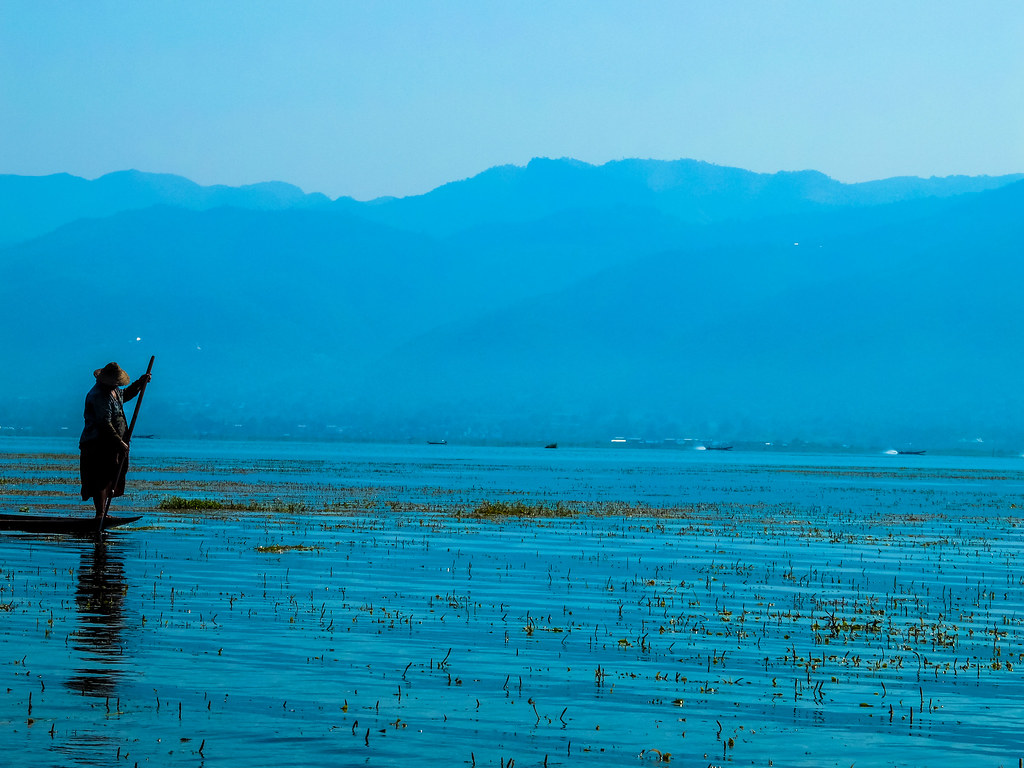 8 thoughts on “The Traditional One-Legged Fishermen of Inle Lake, Myanmar”