Reserved at least half a day and take Tram 15E from Central Lisbon (Praça do Comércio terminal) to the town of Belém, to understand Portugal’s participation in the Age of Discovery.

The windy breeze coming from Rio Tejo (Tagus River), the grand nautical monuments, the monastery where explorers spent their last night in prayer before their journey, everything in Belém is a reminiscent of an era where the world is for Portugal to discover. 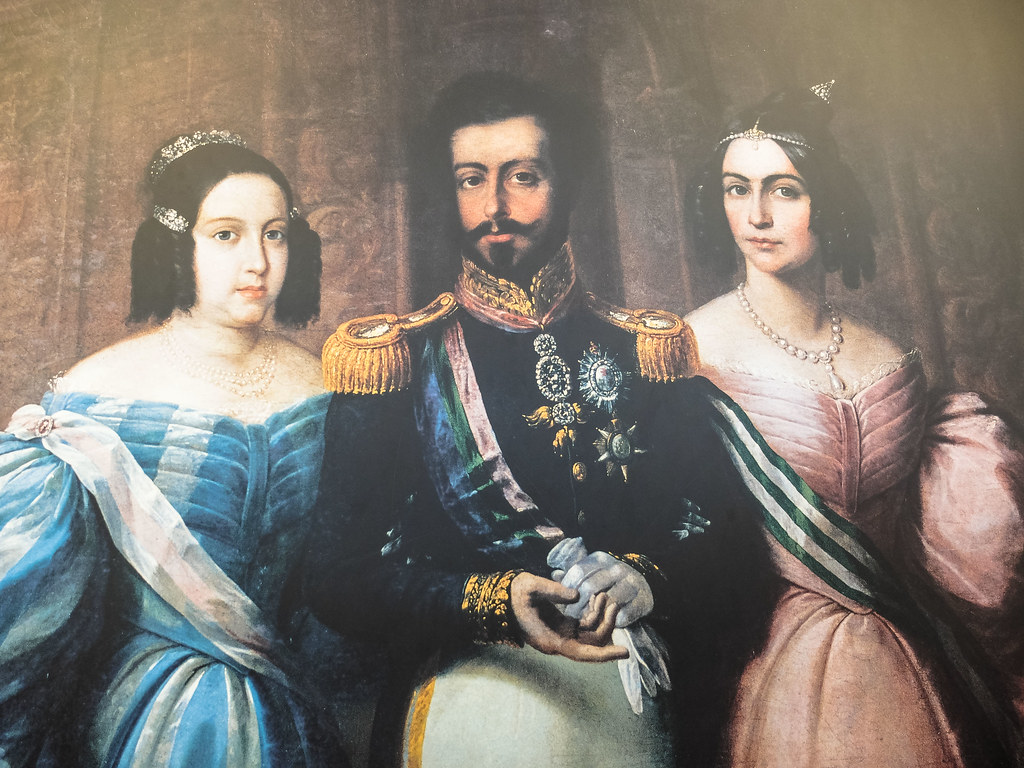 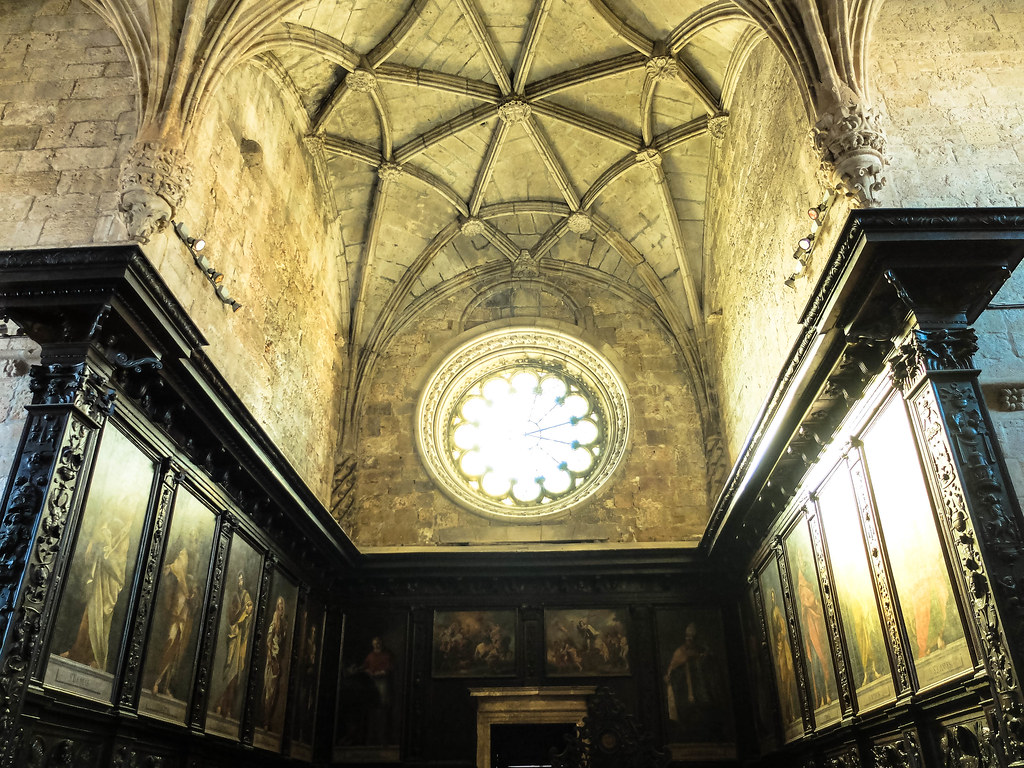 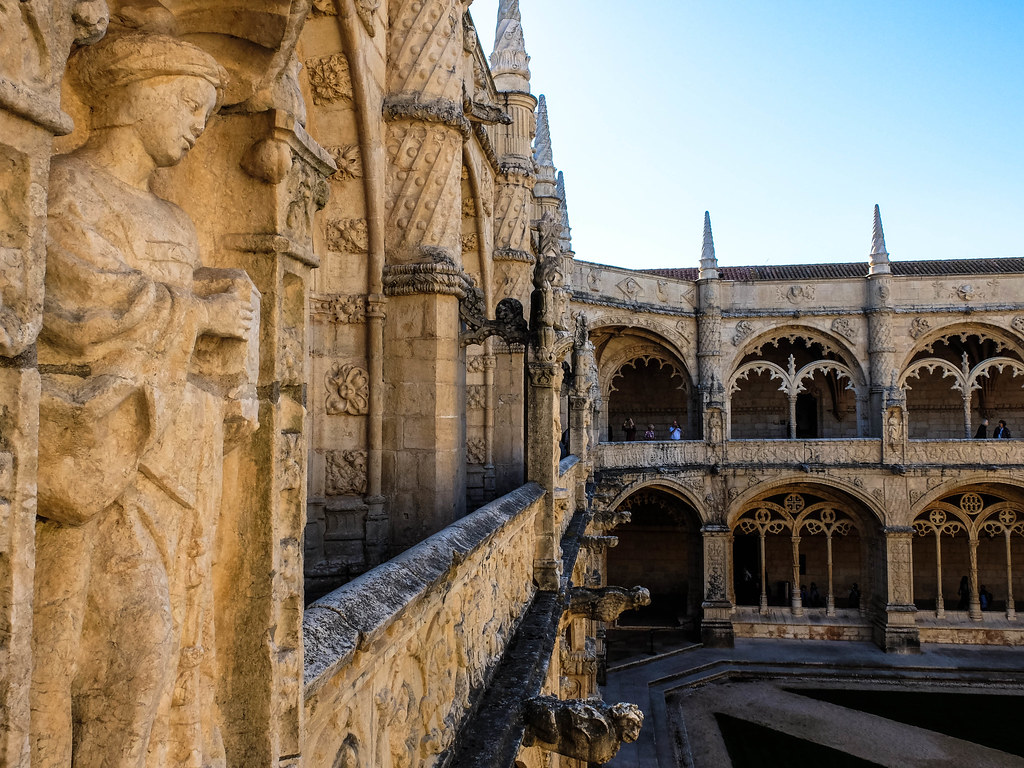 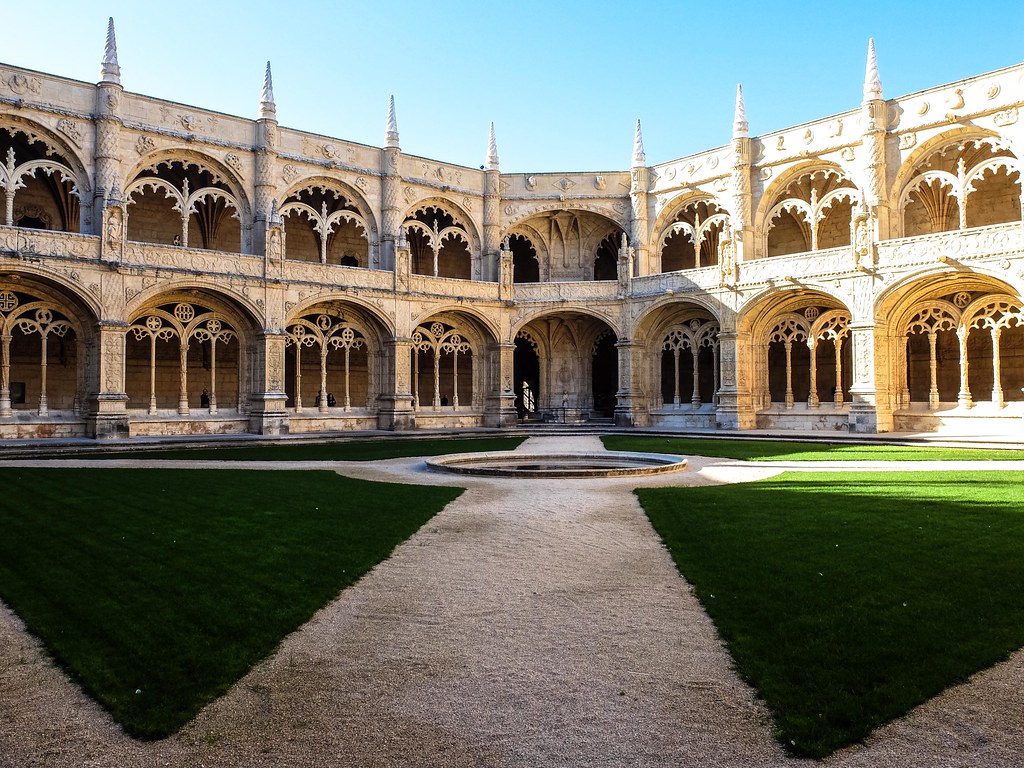 All these are what makes Belém such a popular and important destination. Often times to enter one monument, you will end up spending a good thirty minutes in queue, particularly on weekends when there are visitors coming from large cruise ships, so it will be a wise d to purchase tickets in advance online or visit early morning.

I arrived in Belém late afternoon on a weekday, with just enough time to enter its two famous UNESCO World Heritage Site- Mosteiro dos Jerónimos and Torre de Belém. Entering both historic landmarks requires an entrance ticket, but
I was very lucky that there was no queue during my visit, and was able to successfully purchase my ticket on-site.

Mosteiro dos Jerónimos (Jerónimos Monastery) is where explorer Vasco da Gama and his men spent their night praying for a successful voyage to the Orient back in 1497. The monastery original inhabitants are monks whose role are to pray for the King’s eternal soul and to provide spiritual blessings to explorers and navigators out to discover the world. 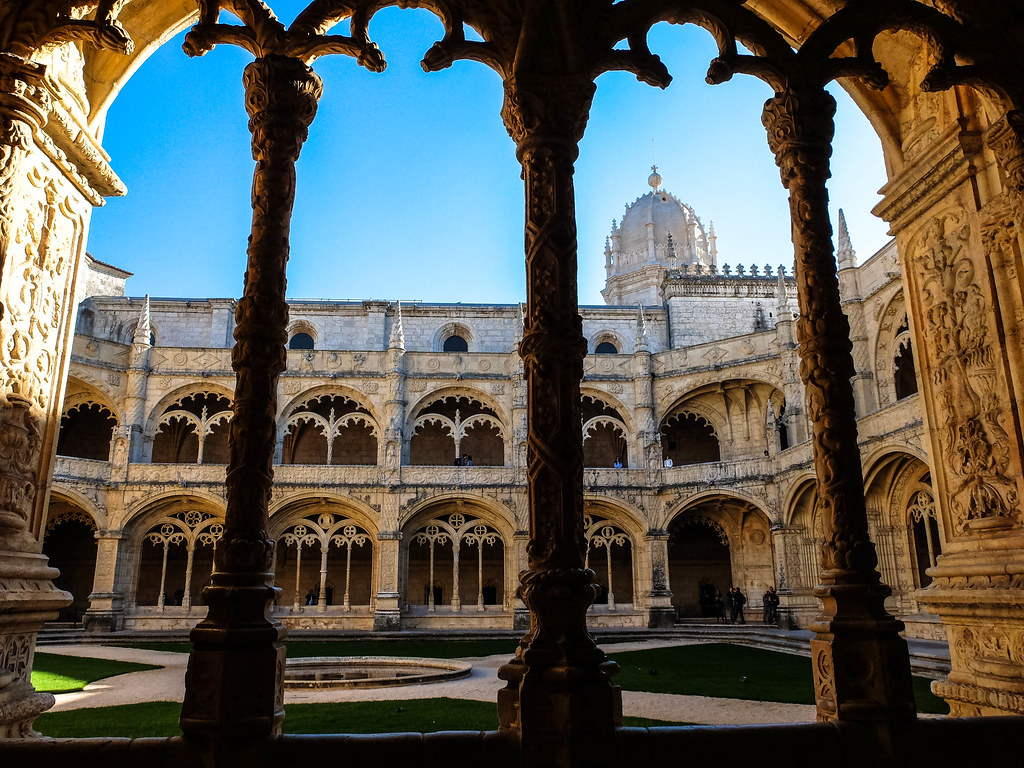 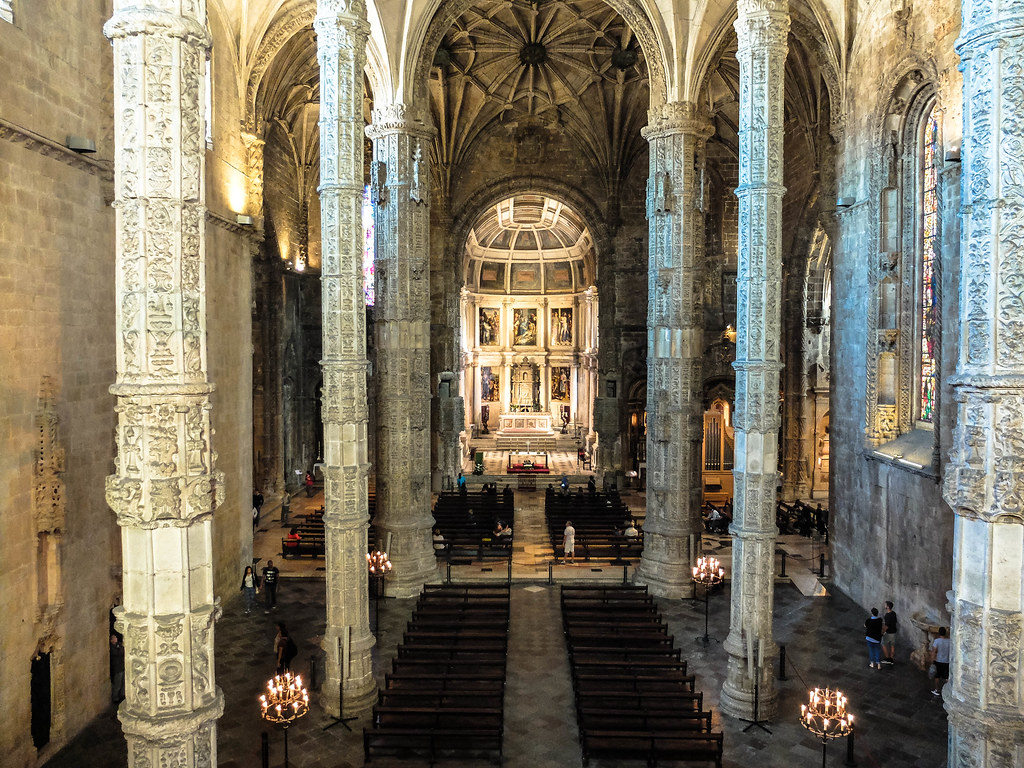 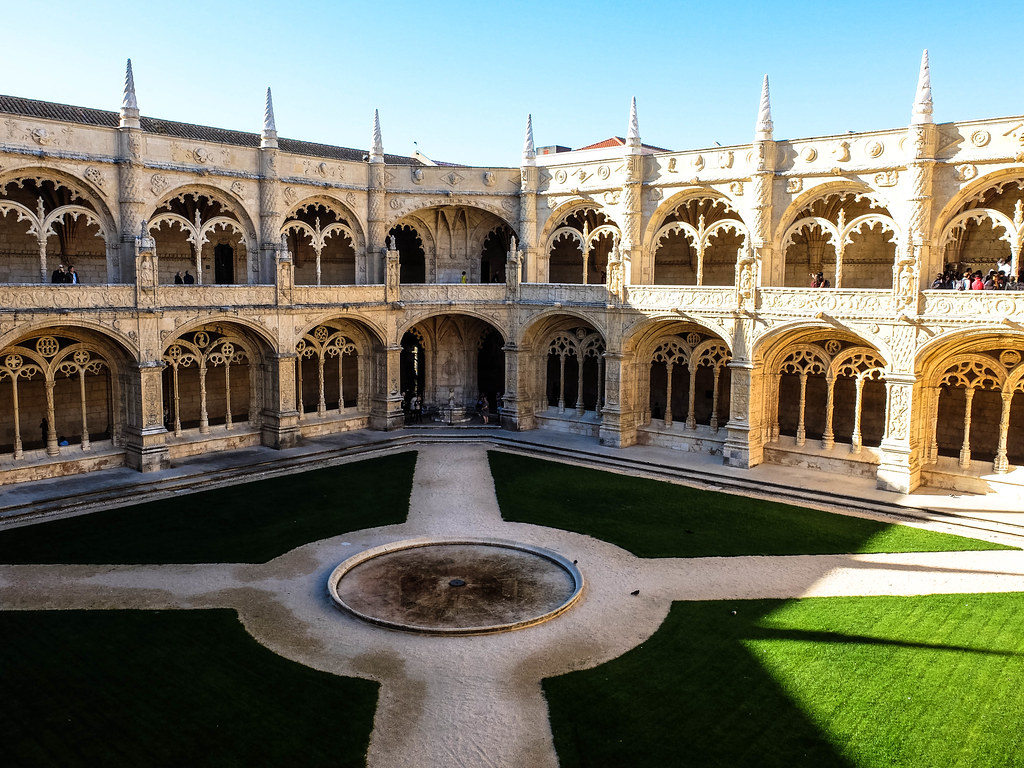 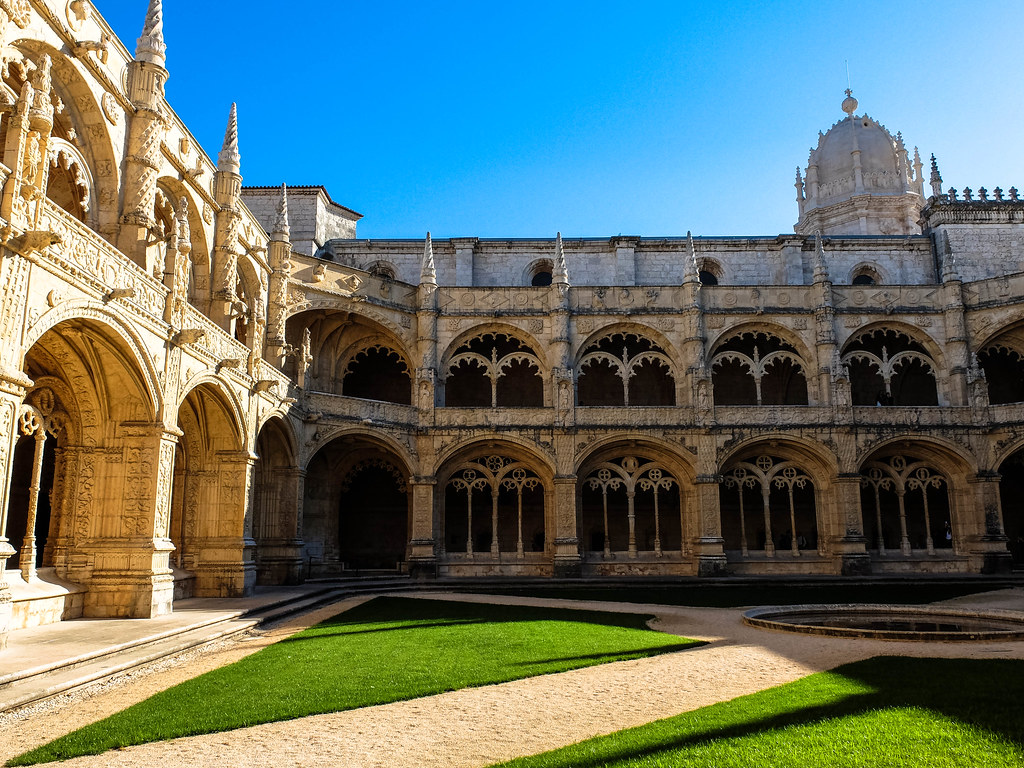 What was once originally plan as a humble church and monastery, which began construction in 1501, the monastery benefited tremendously from the so called “Vintena da Pimenta”, a 5 percent tax imposes on trades coming from the Africa and the Orient. Along with the influx of cash, the small scale plan has resulted into one grand architectural endeavor.

Showcasing Portuguese “Manueline” architectural style, which incorporates maritime elements with mixture of objects discovered from various voyages, the Jerónimos Monastery, is a vast two-storey square cloister with artistically ornate arches, is one of Lisbon’s most splendid structures. 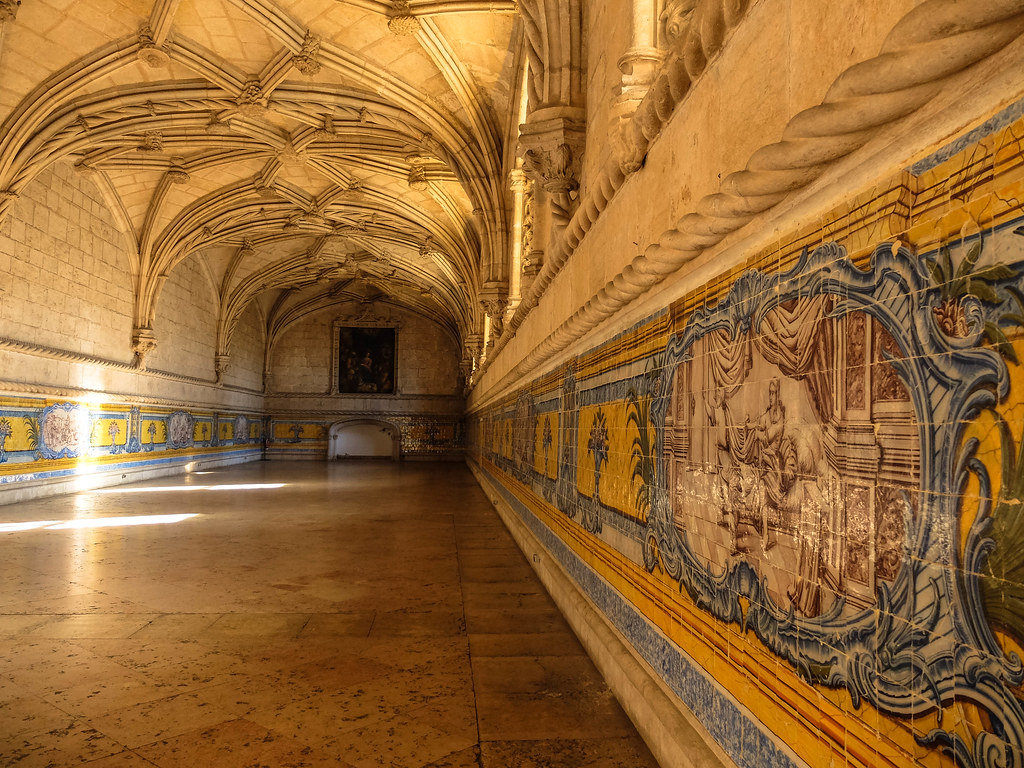 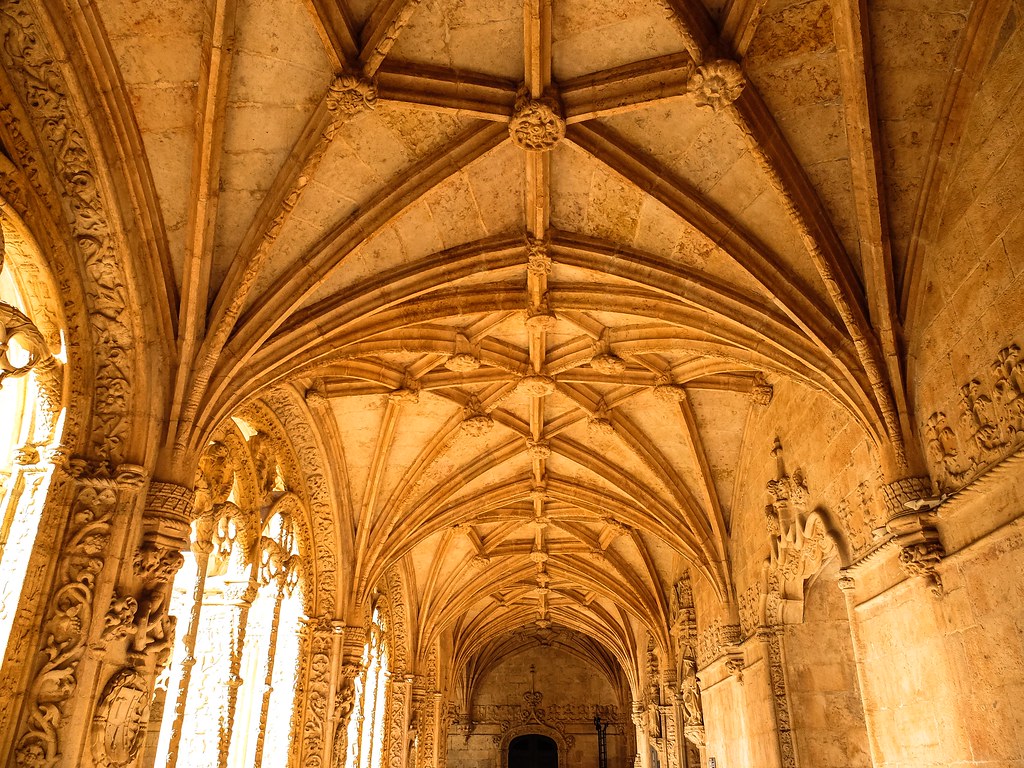 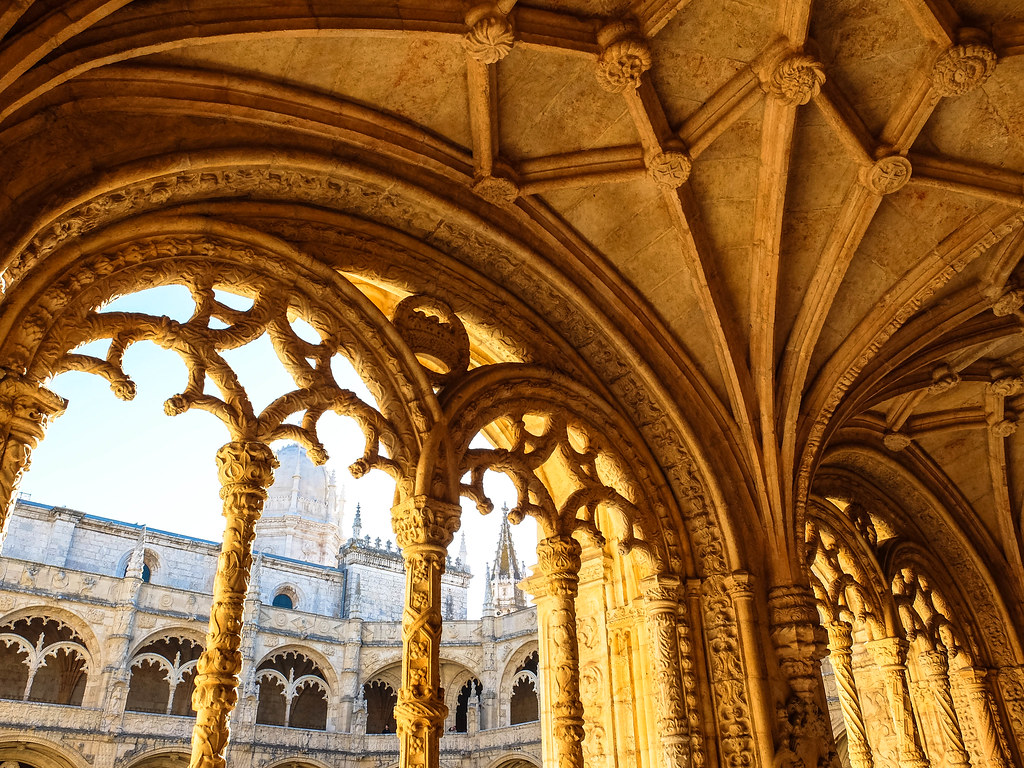 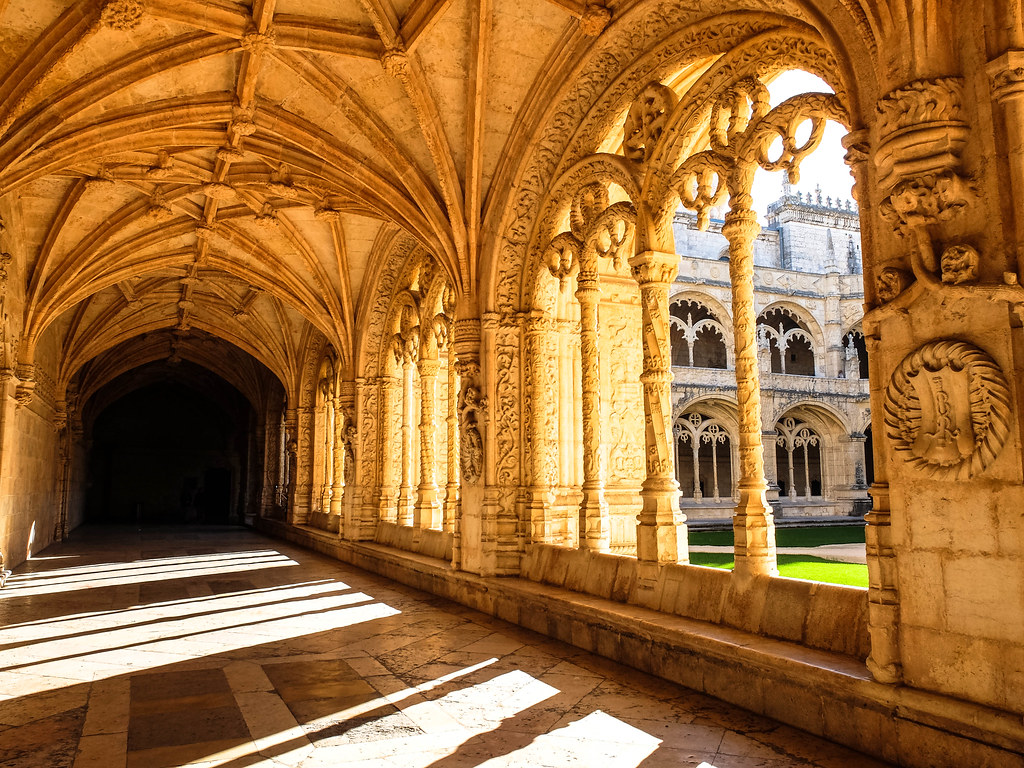 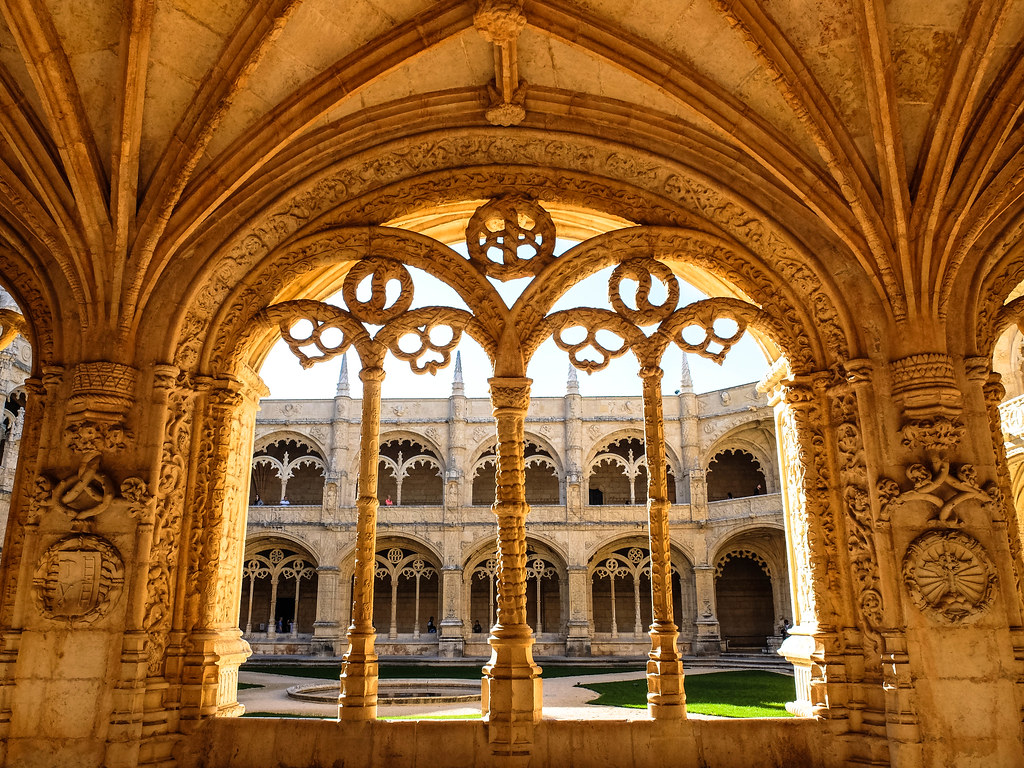 From Jerónimos Monastery, walking through Jardim da Praça do Império, you will end up standing small against the mesmerizing Padrão dos Descobrimentos (the Discoveries Monument). 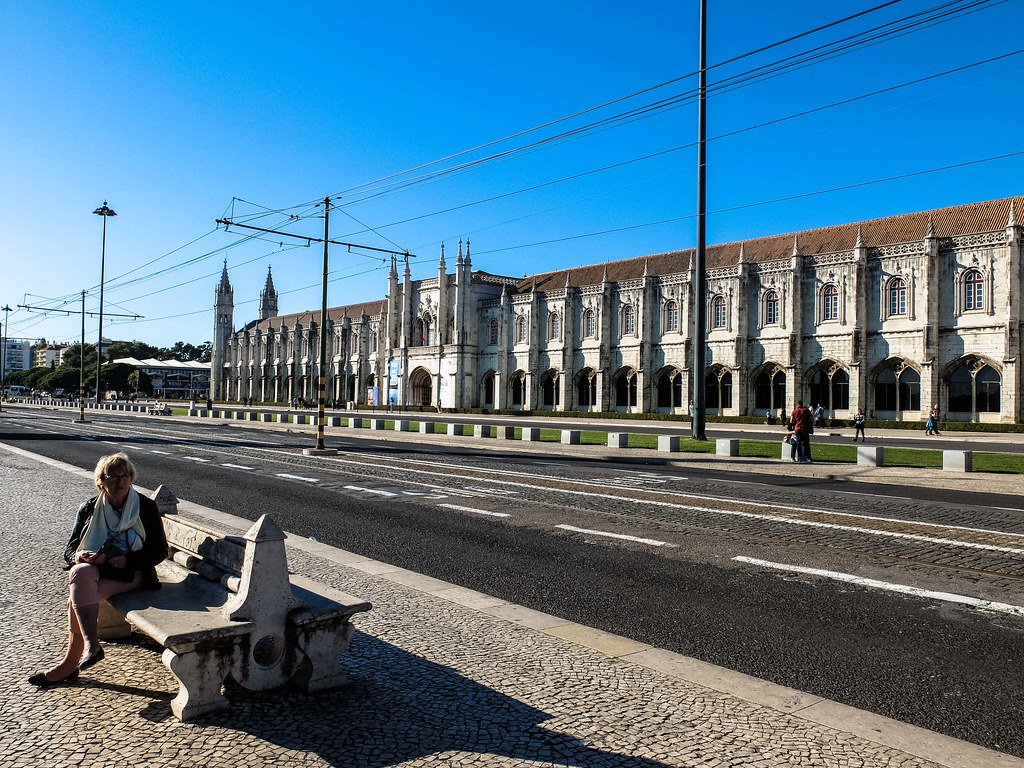 Resembling a bow of a boat pointing to the sea and a cross on the rear side, the monument commemorates the Portuguese contribution to the Age of Discovery. 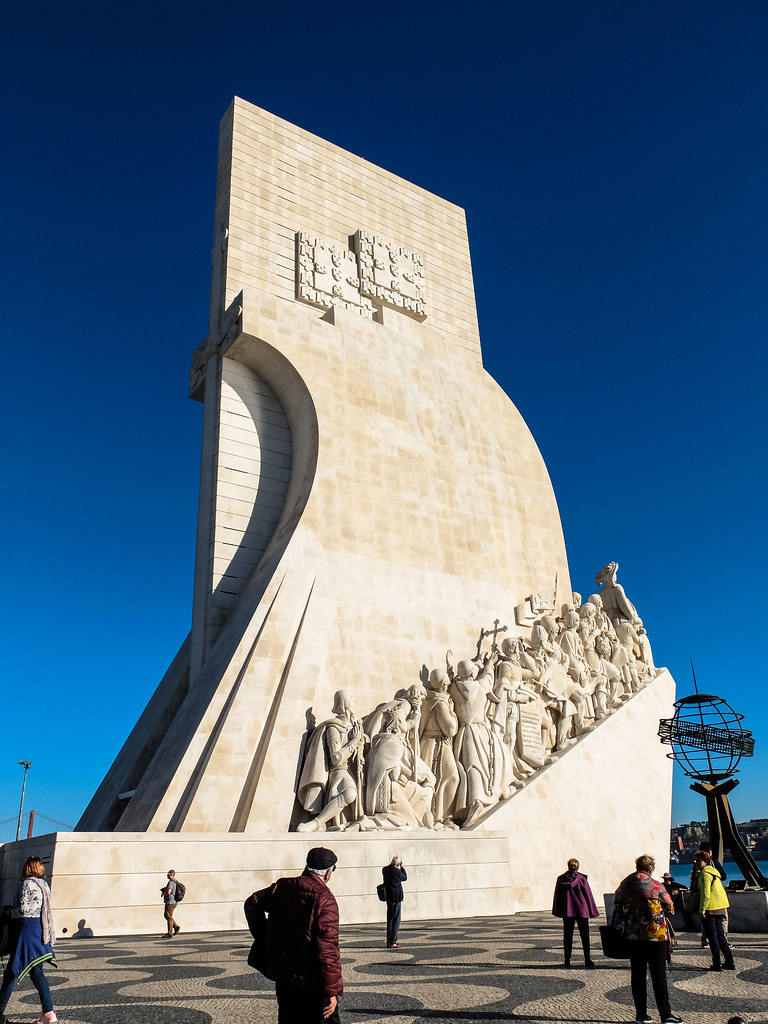 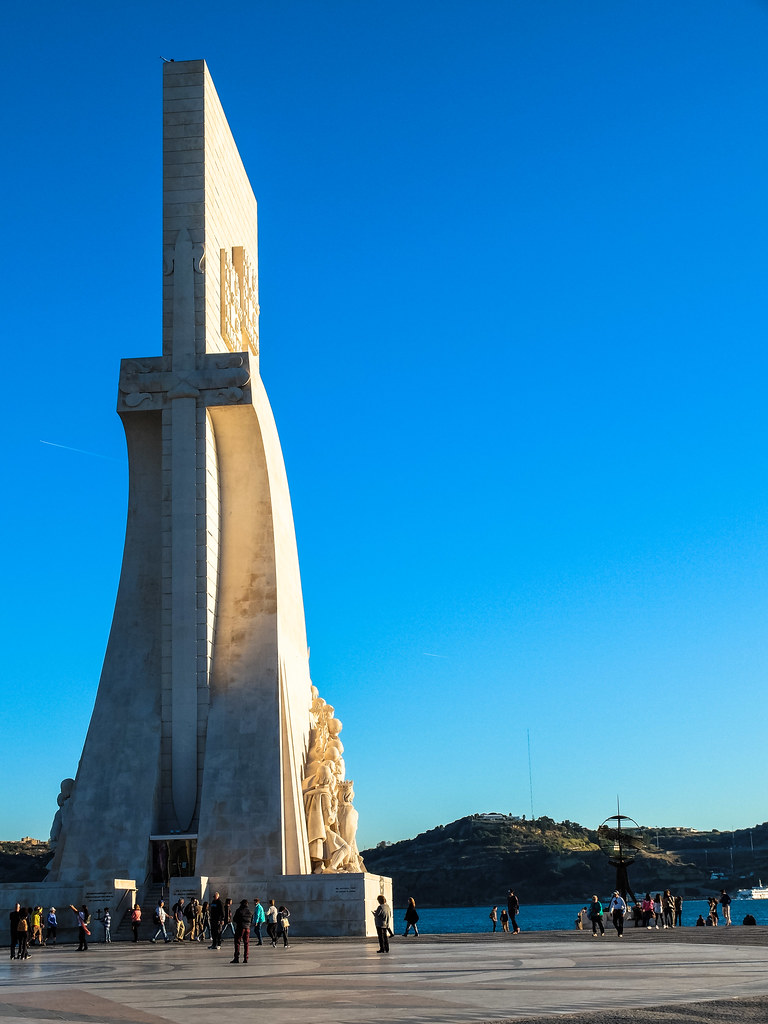 There are a total of 33 figures in the monument, all are key contributors from the Discovery era. Though the most prominent is the one in front holding a carrack, the figure of Henry the Navigator, the central figure and instigator of Portugal maritime discoveries and expansion.

The monument location by the boardwalk facing Rio Tejo, where visitors can enjoy the refreshing ocean breeze while admiring the 52 meter high monument is perhaps what makes Padrão dos Descobrimentos as one of the most magnificent monument anyone will ever see. 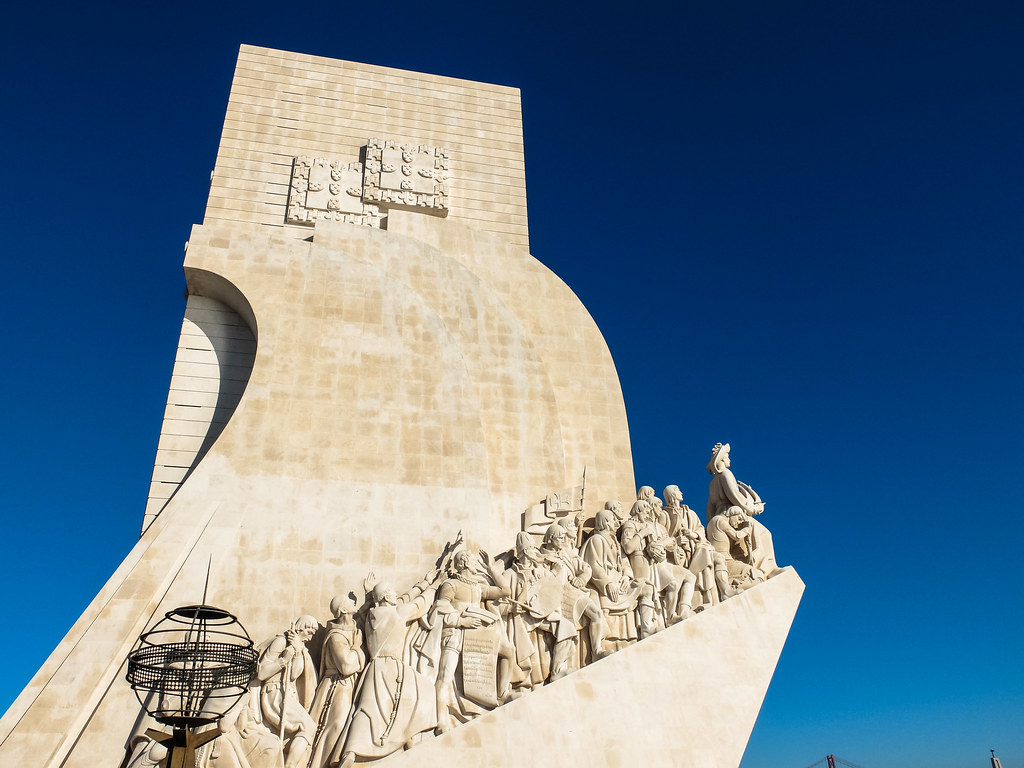 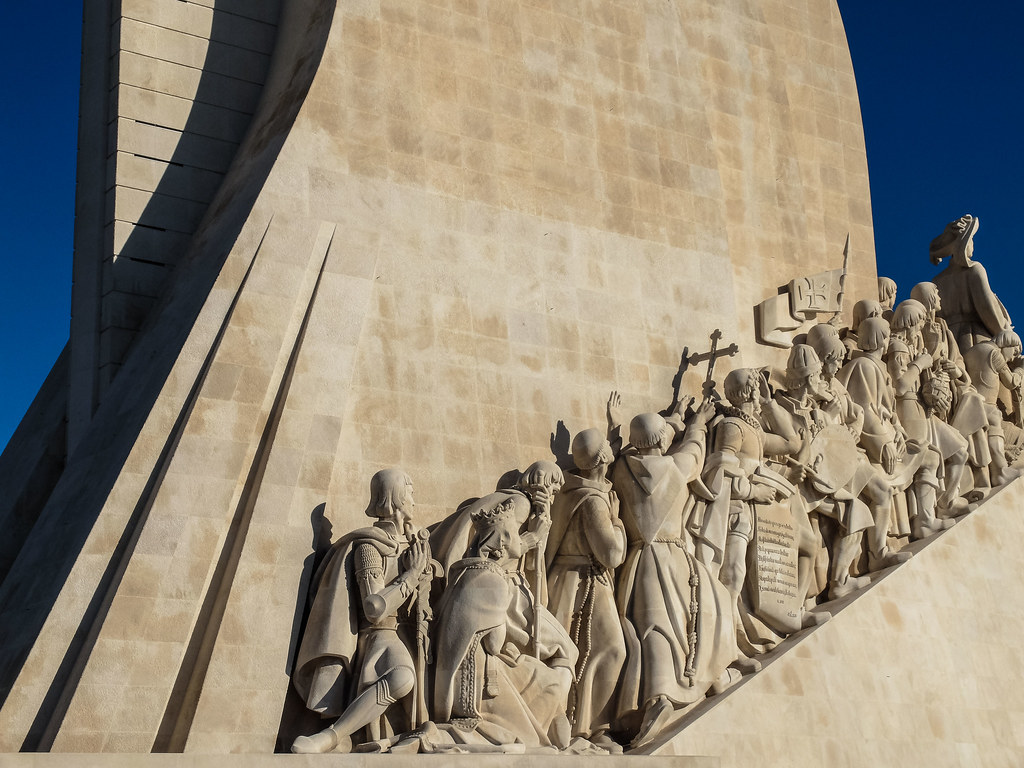 A short distance walk from Padrão dos Descobrimentos, connected via the boardwalk is Torre de Belém. 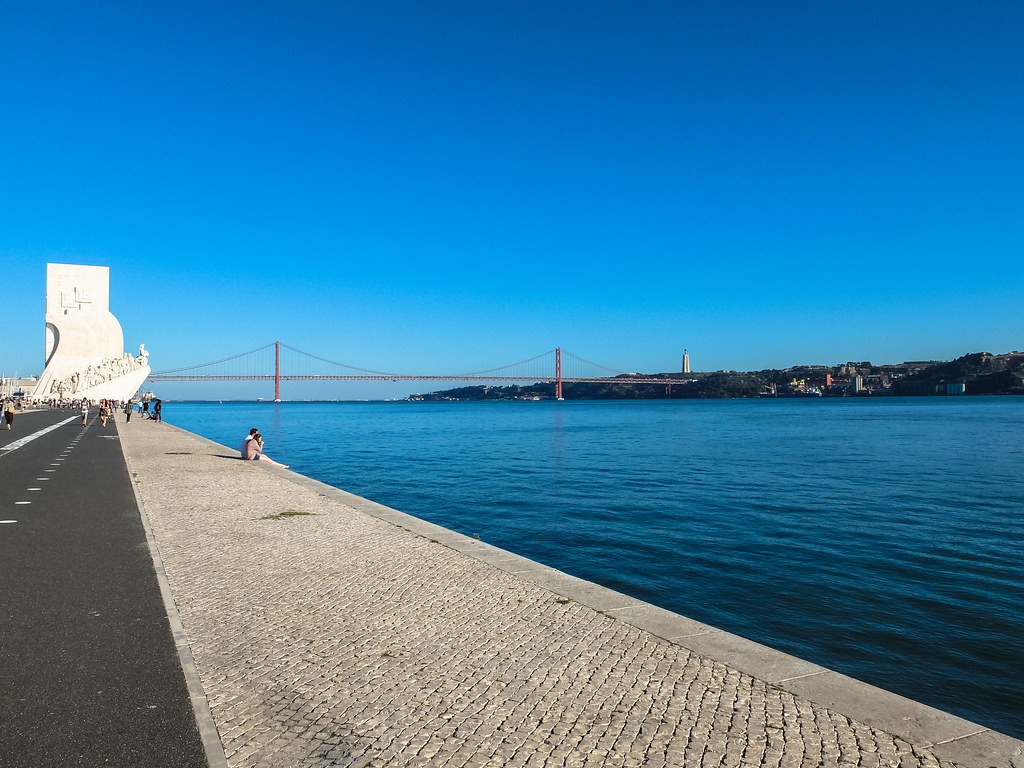 Built as a part of Rio Tejo Estuary defense system, isolated along the riverbank, Torre de Belém (Belém Tower) is the symbol of Portugal glorious maritime past and remains as one of the most recognized symbols of the city of Lisbon . 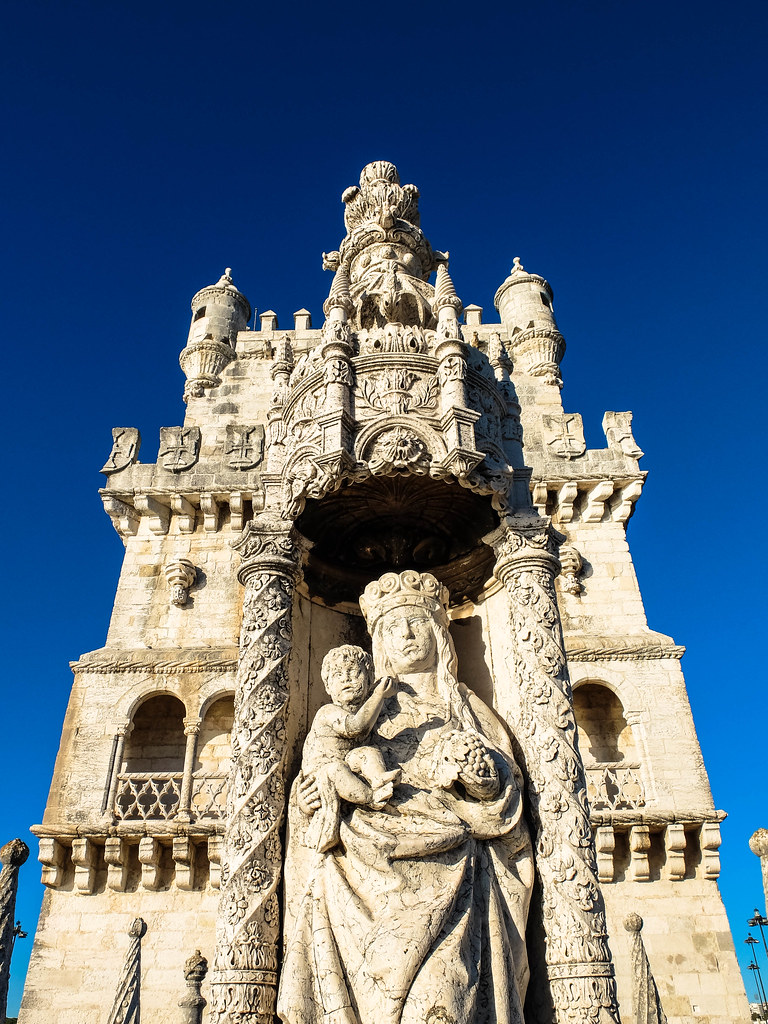 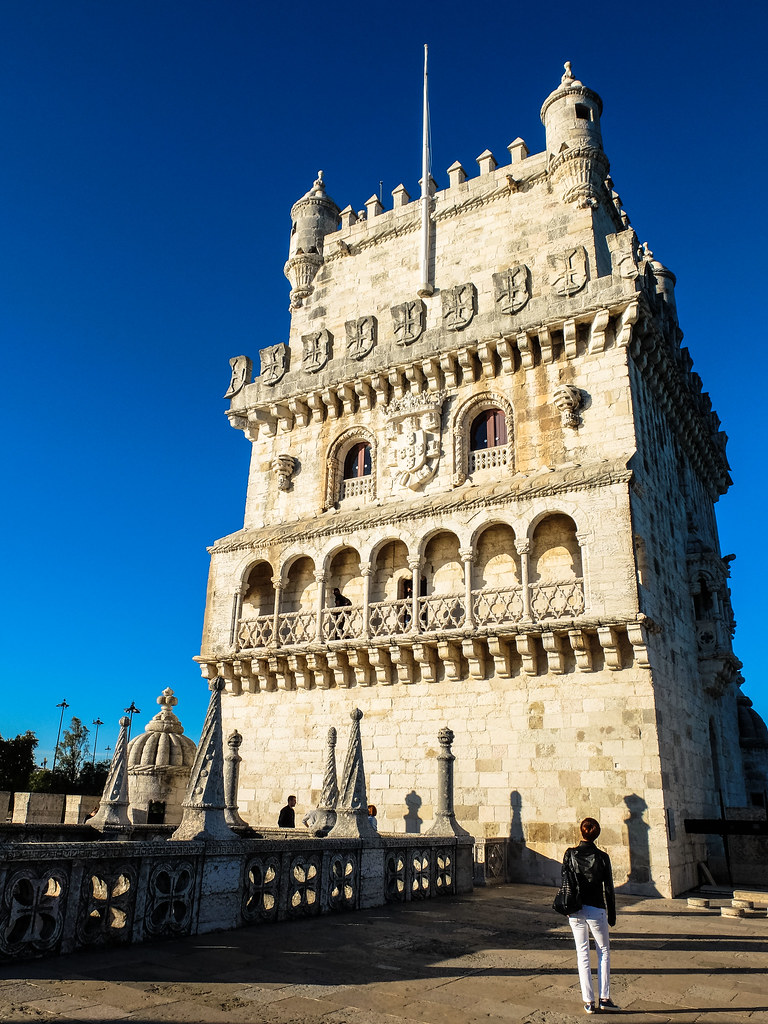 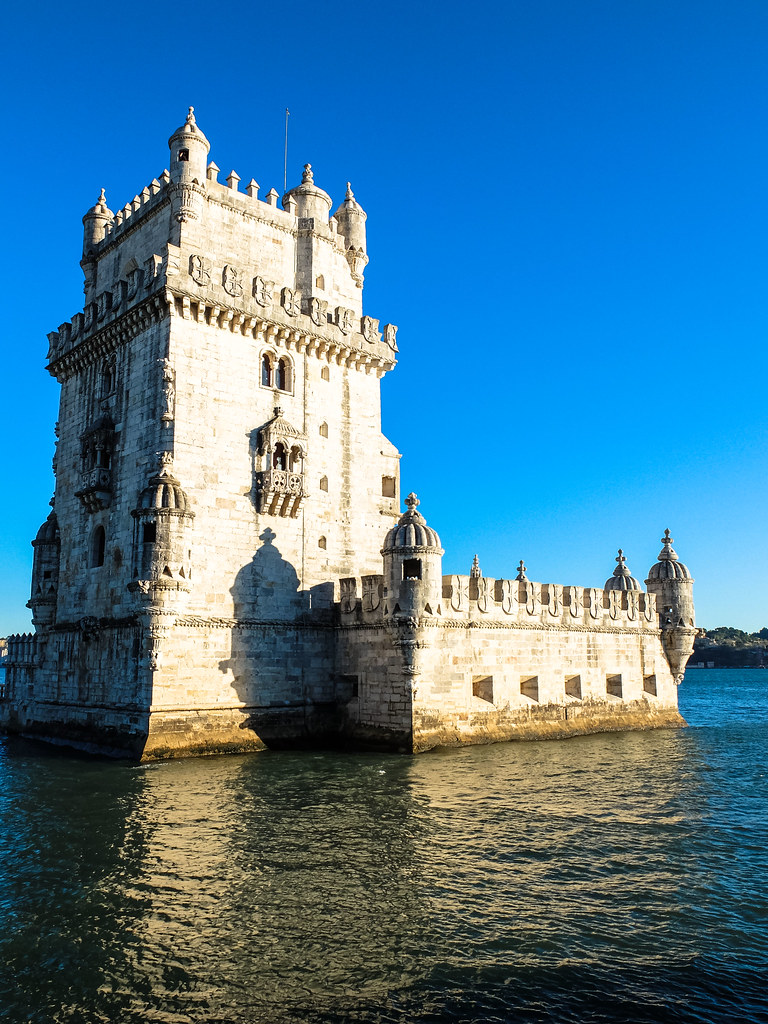 Apart for defense purpose, this UNESCO World Heritage site, serves a ceremonial gateway during the Age of Discovery. This is what the sailors and navigators saw when they depart for their exploration and what greeted them when they return home. 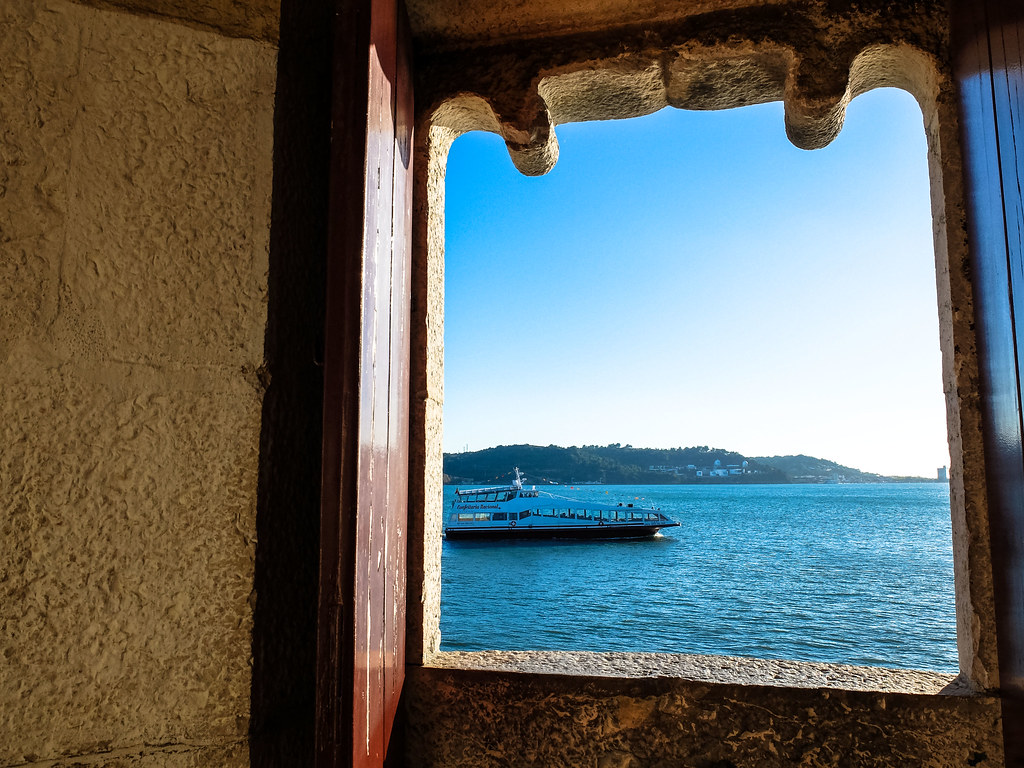 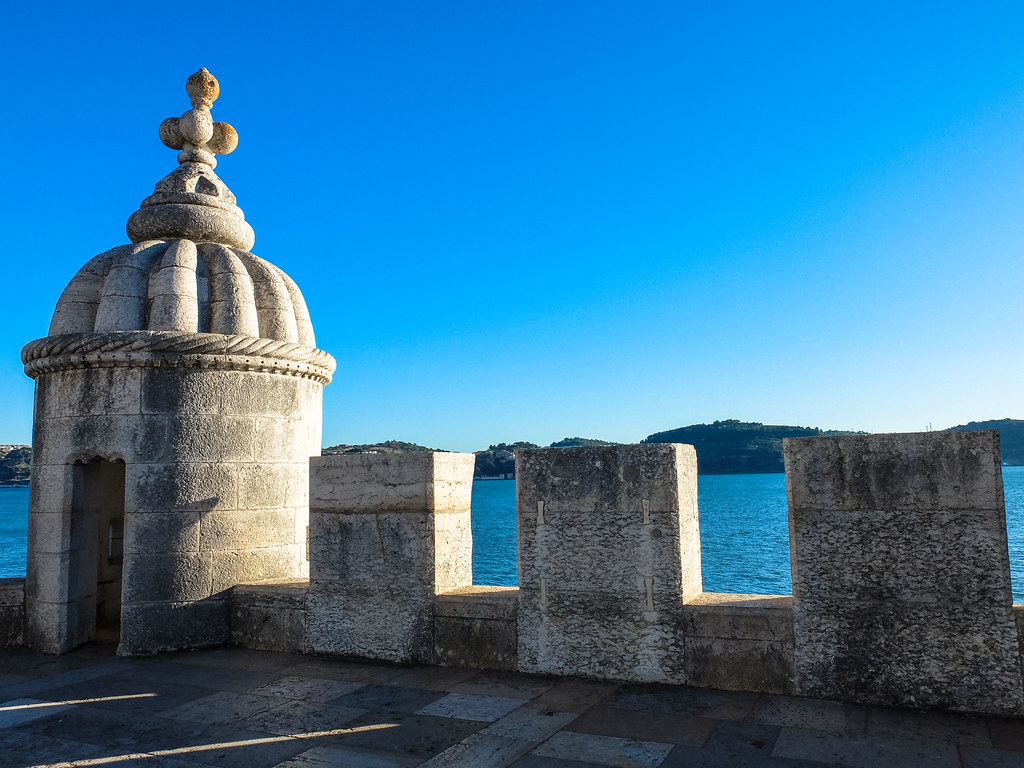 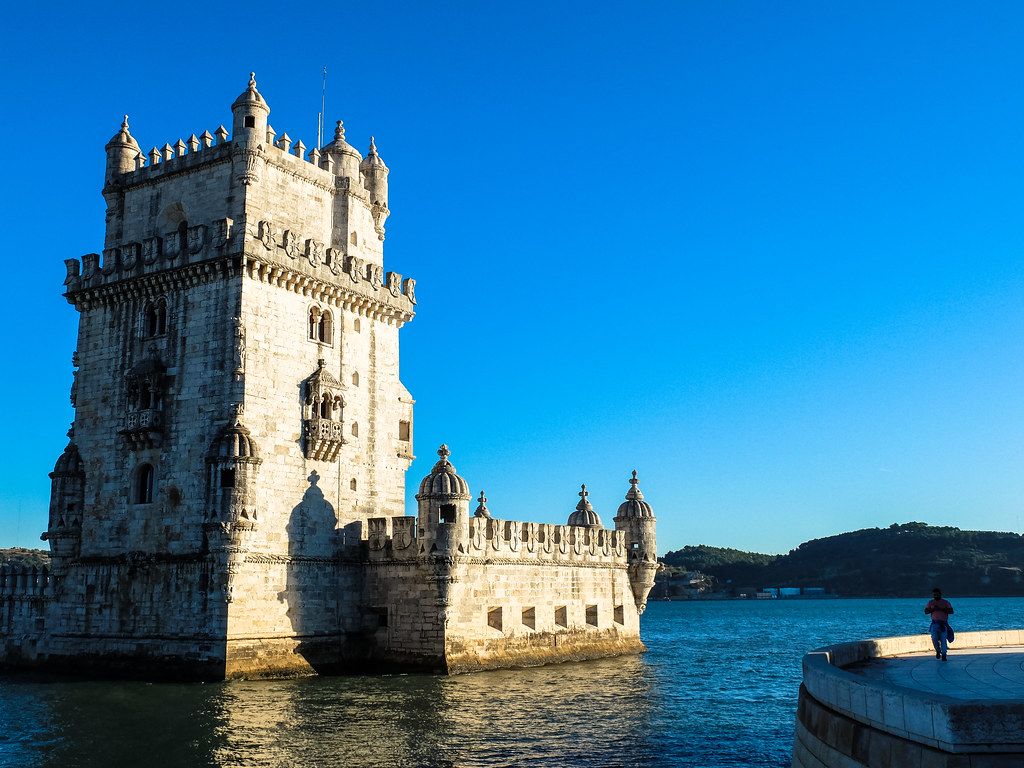 Torre de Belém is accessible to visitors via a short wooden bridge, that is connected to the mainland. Visitors are allowed to climb the tower using the narrow staircase for the panoramic view of the river and the monastery from afar. 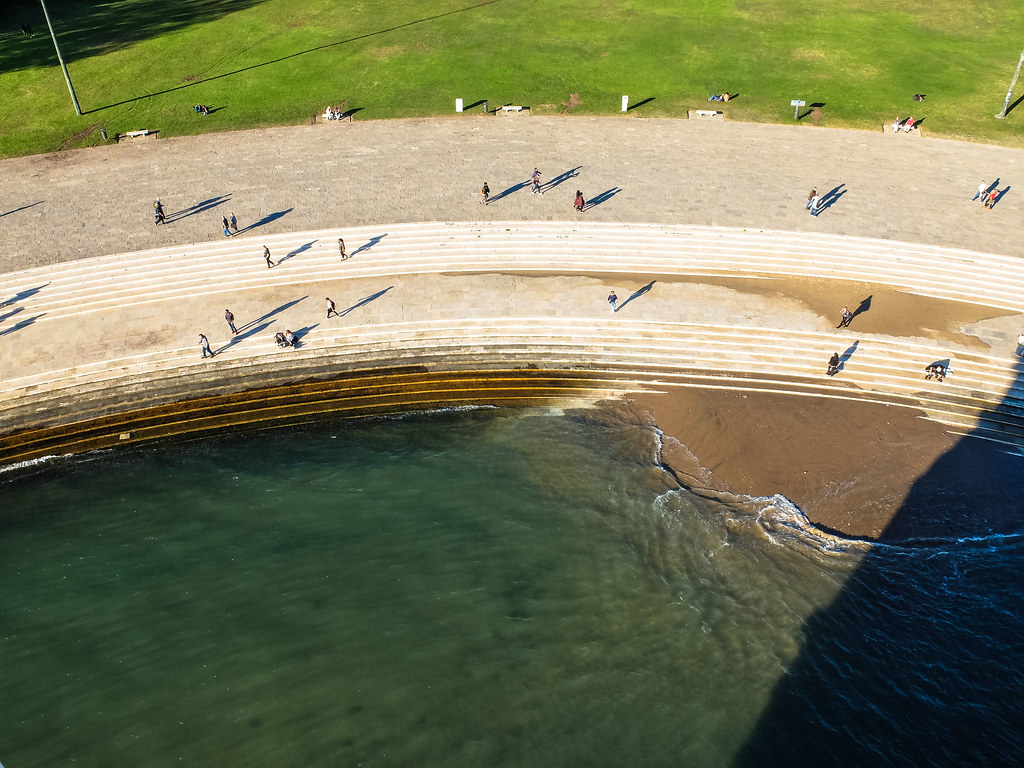 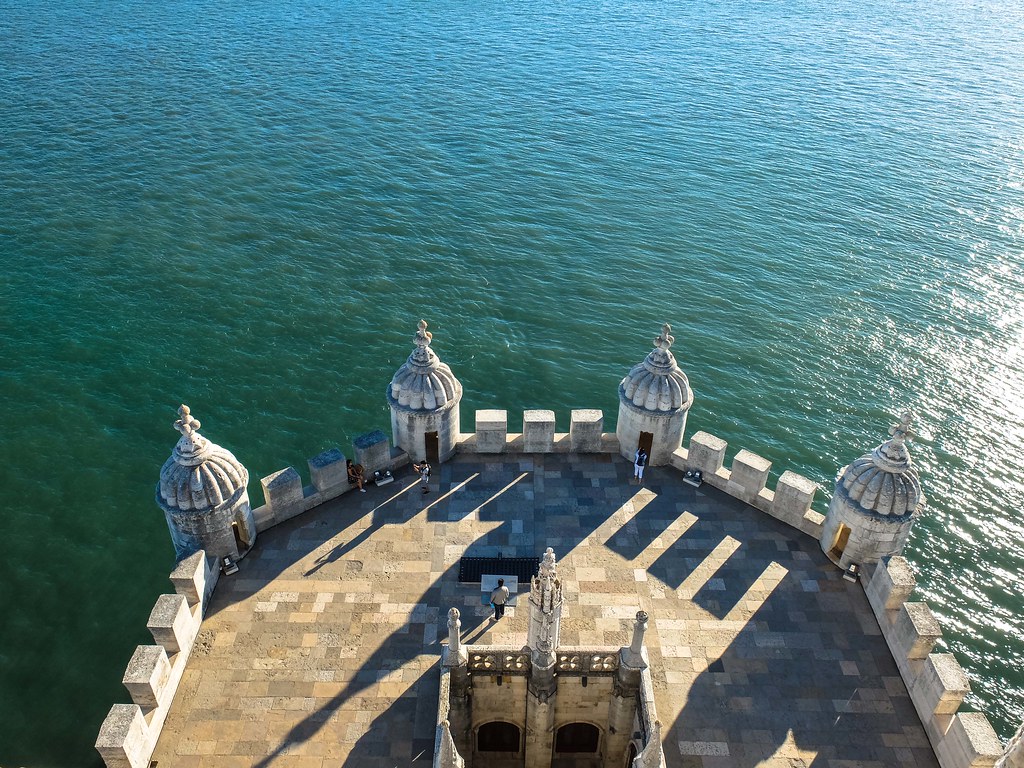 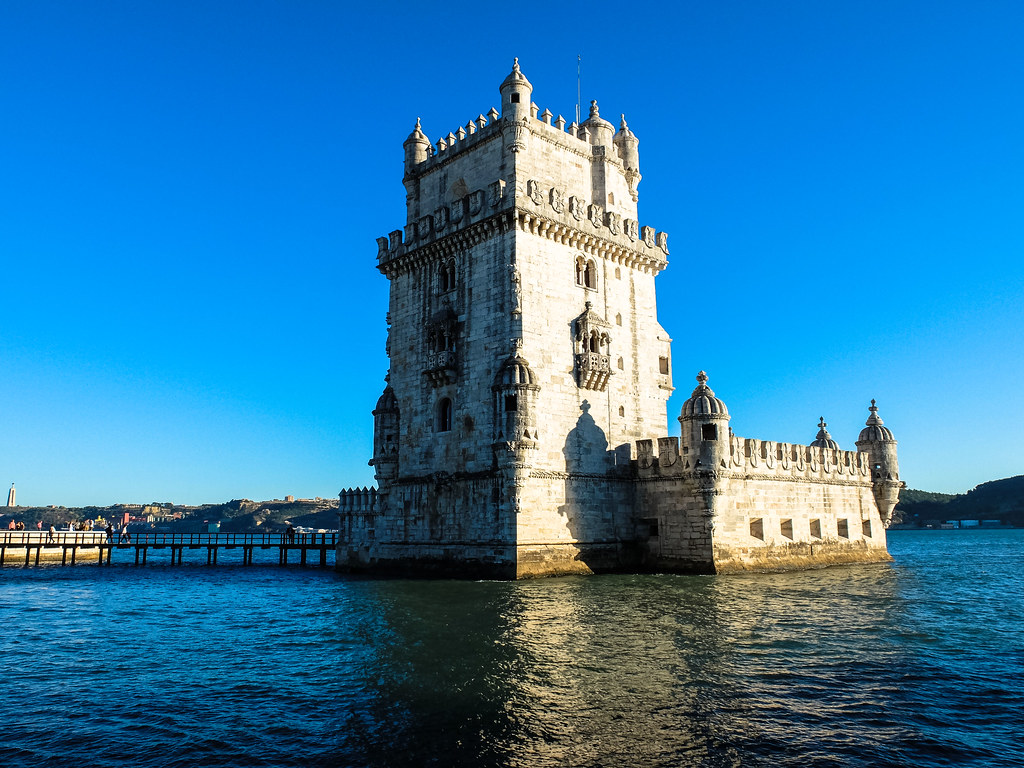 Though, the image of Torre de Belém surrounded by Rio Tejo with the sun striking its limestone walls is truly one of the most striking imagesin Lisbon. 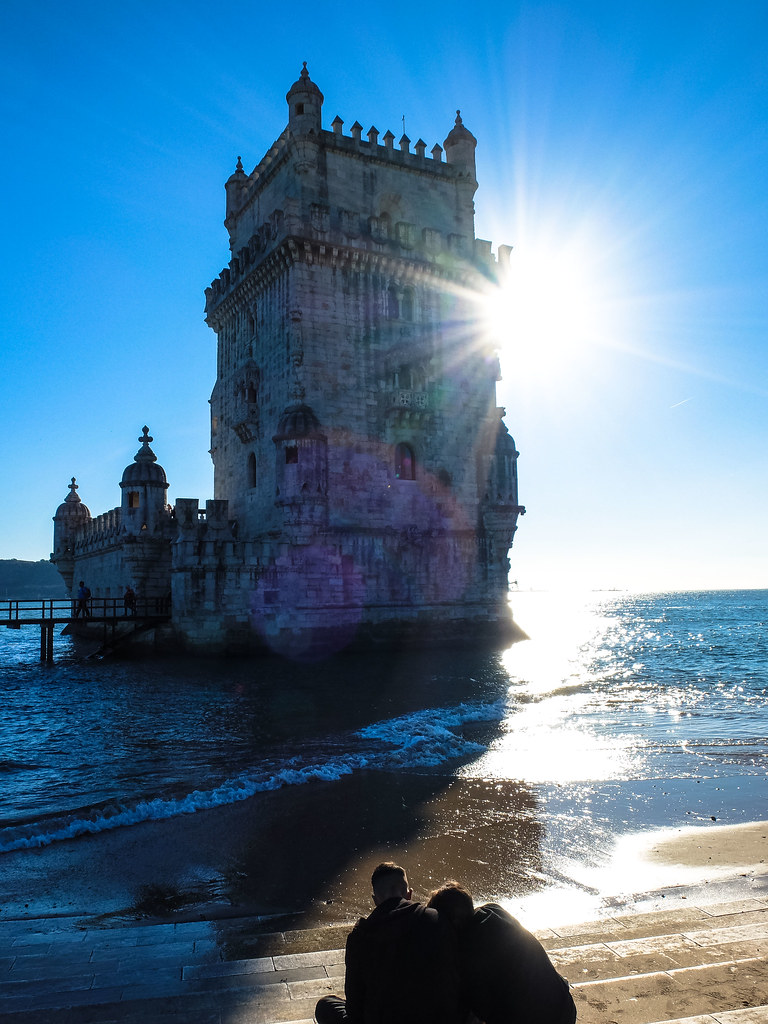