If there is one picturesque image of Bhutan that I am looking forward to see in person is the Druk Wangyal Chorten.

Situated atop of the 3,050 meter Dochula Pass , a mountain pass that connects the city of Thimphu and the eastern part of Bhutan, the 108 chortens or stupas commissioned by Her Majesty The Queen Mother Ashi Dorji Wangmo Wangchuck, to commemorate the lives of the Bhutanese soldiers killed in the 2003 war against insurgents from India. 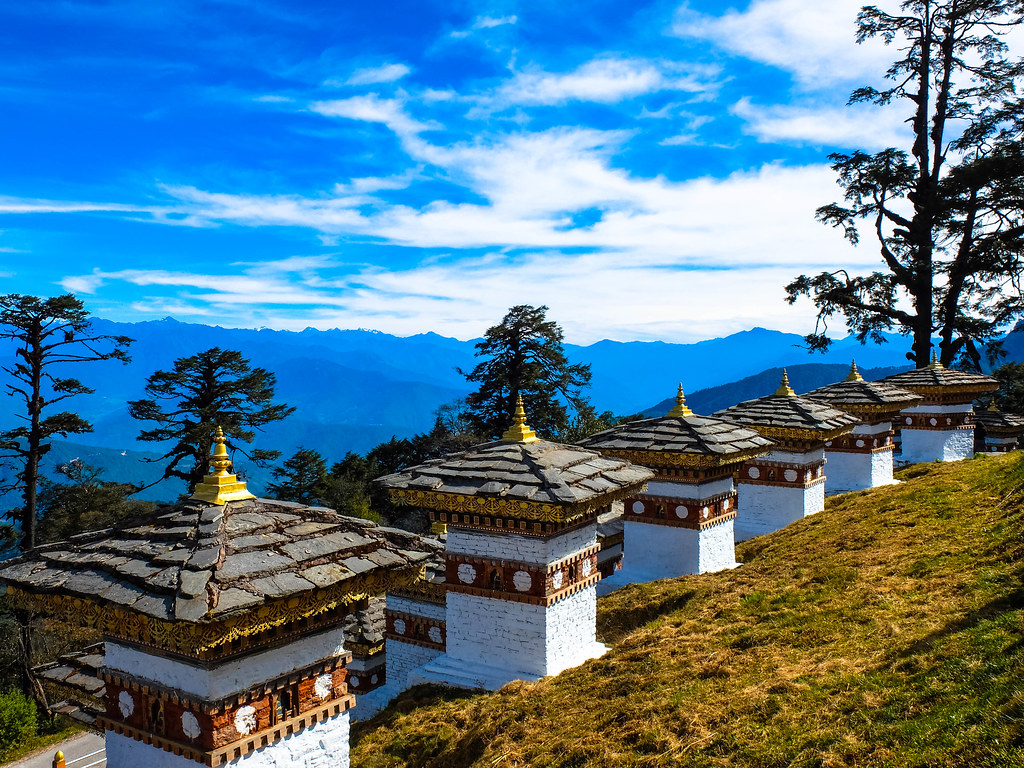 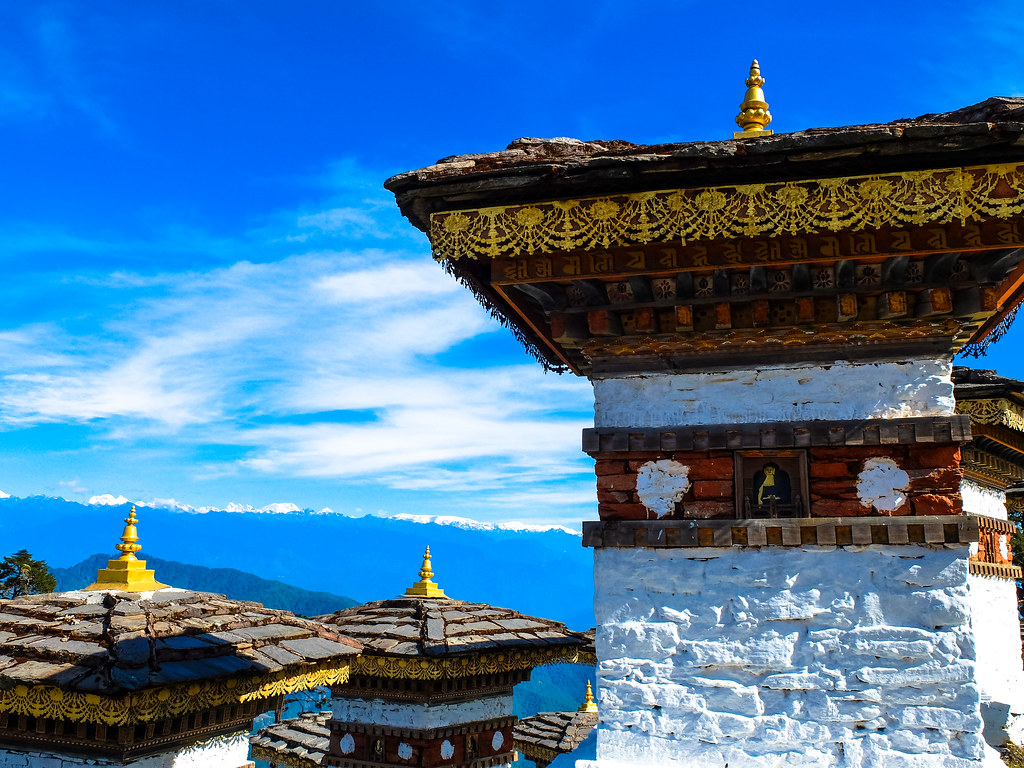 The Dochula Pass, probably the most popular pass in Bhutan is not only a good place to stopover after a long winding drive from Thimphu, but on a perfect weather provides an outstanding view of the snow-capped Eastern Himalayas range. 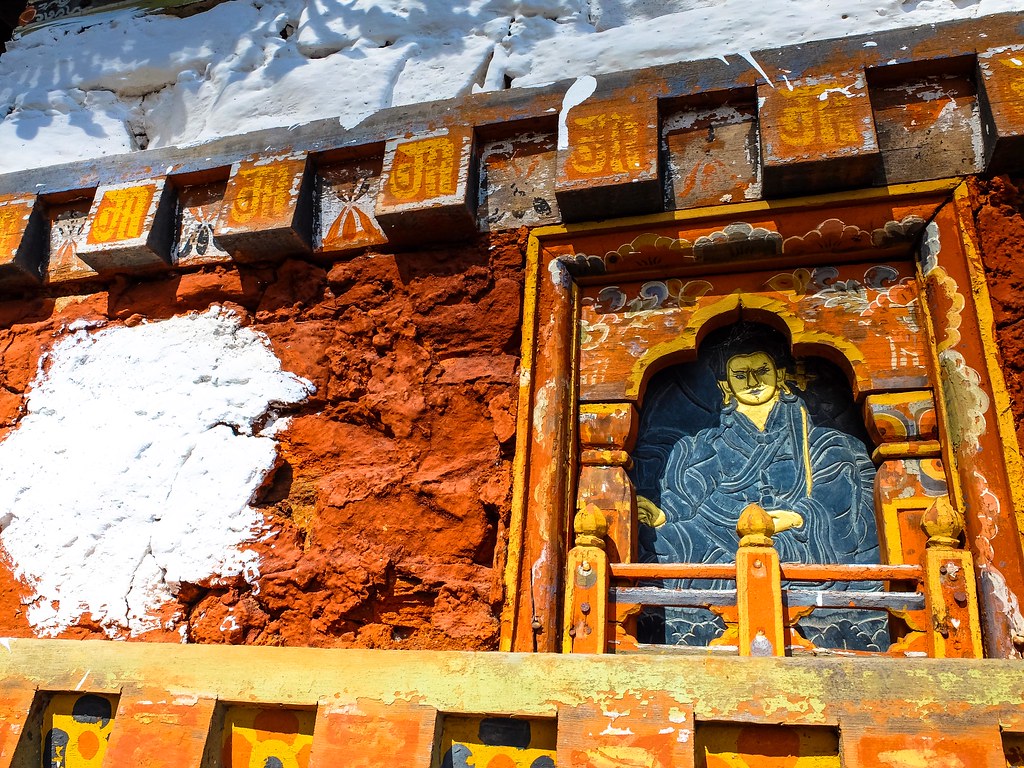 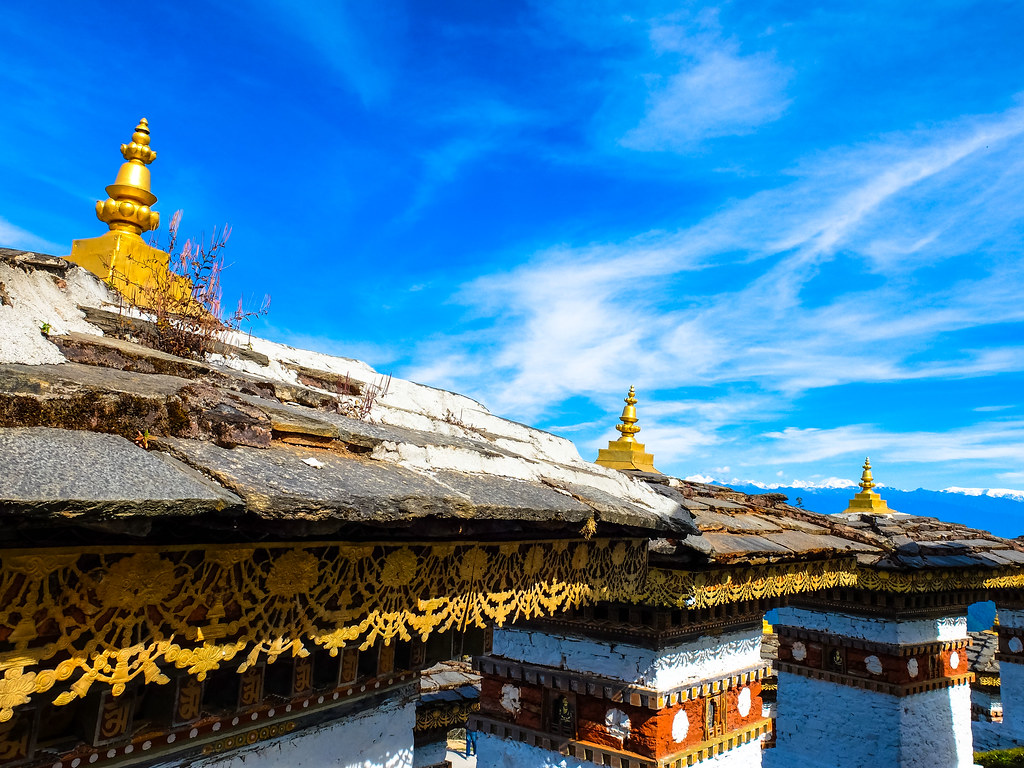 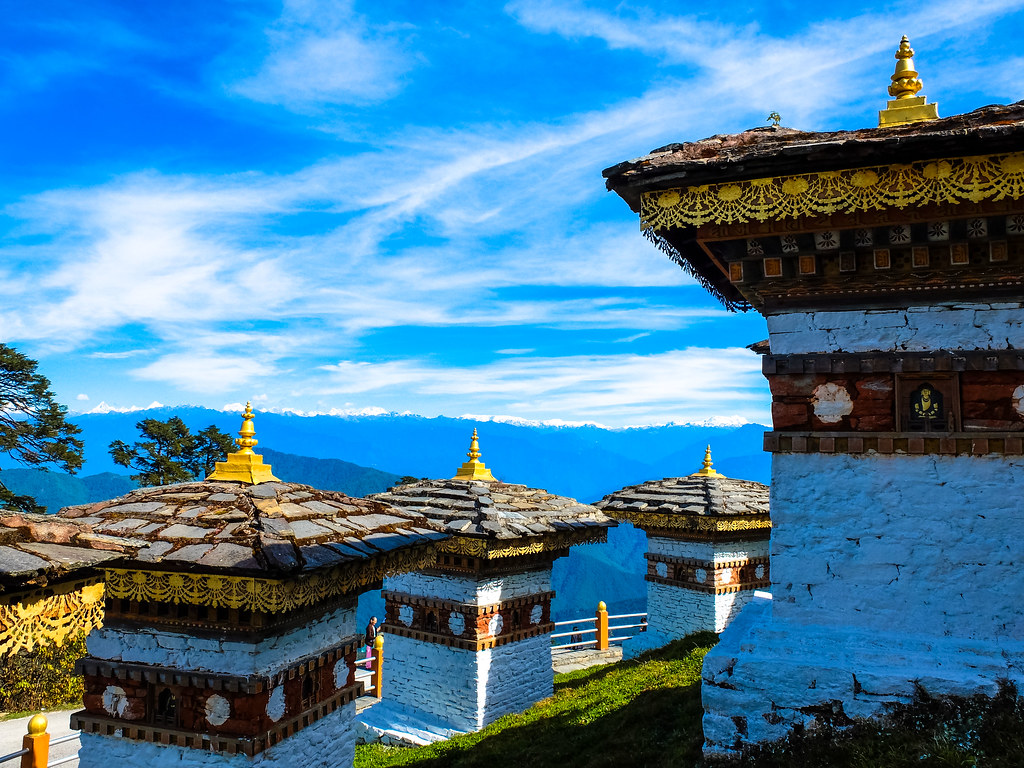 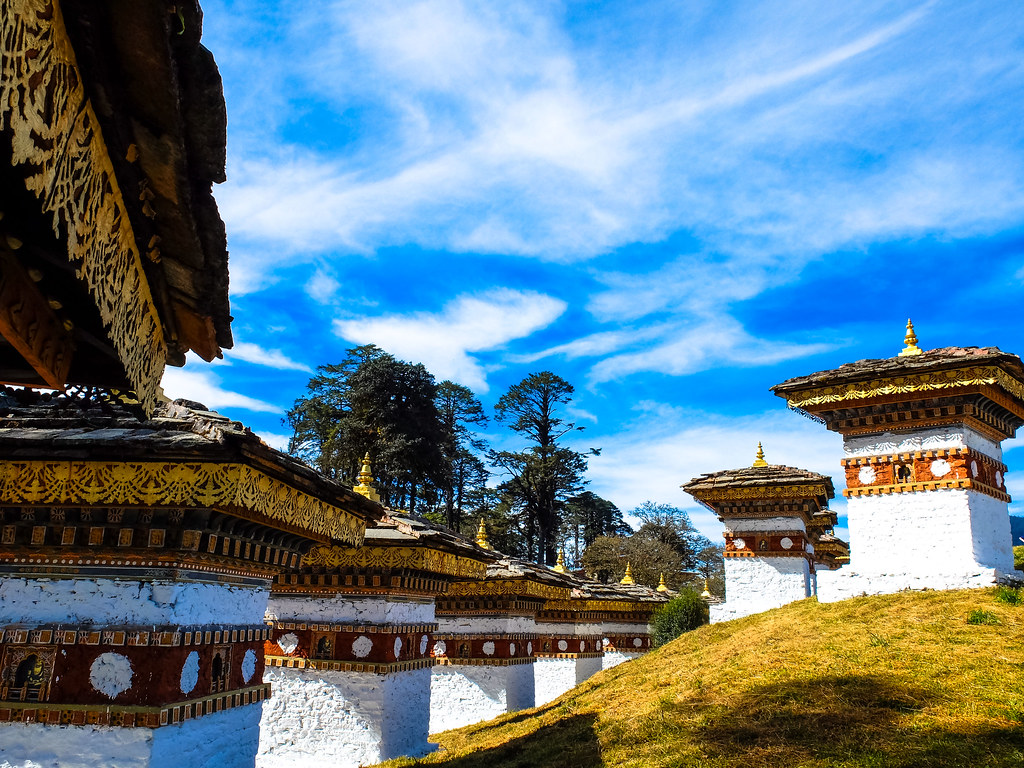 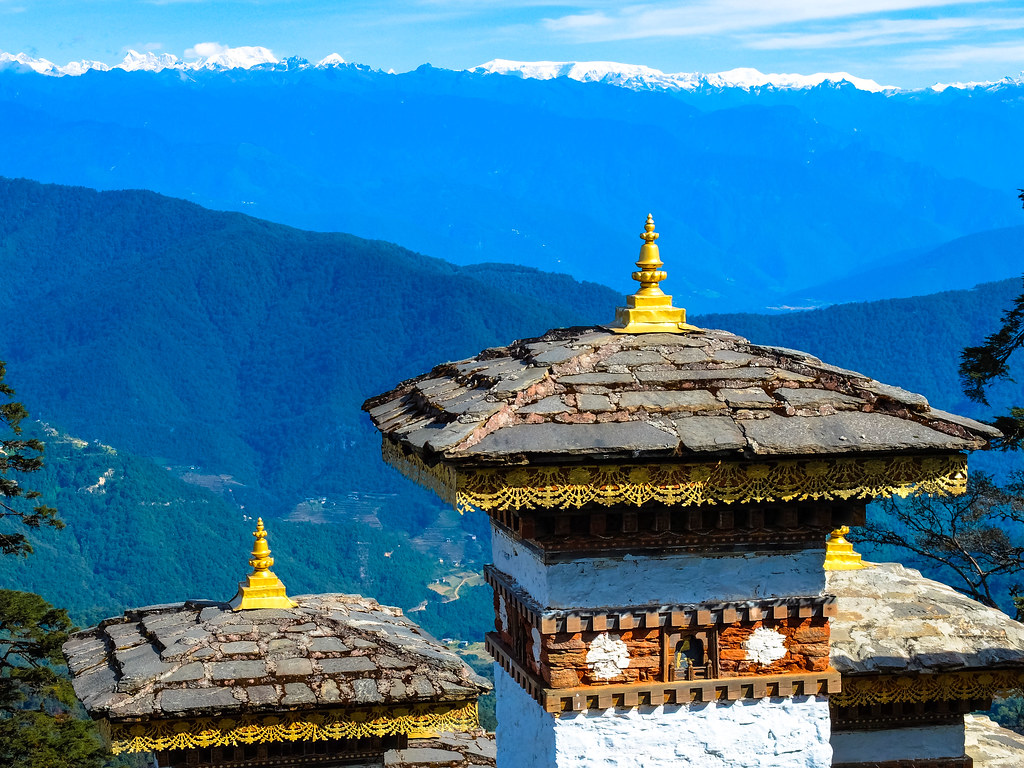 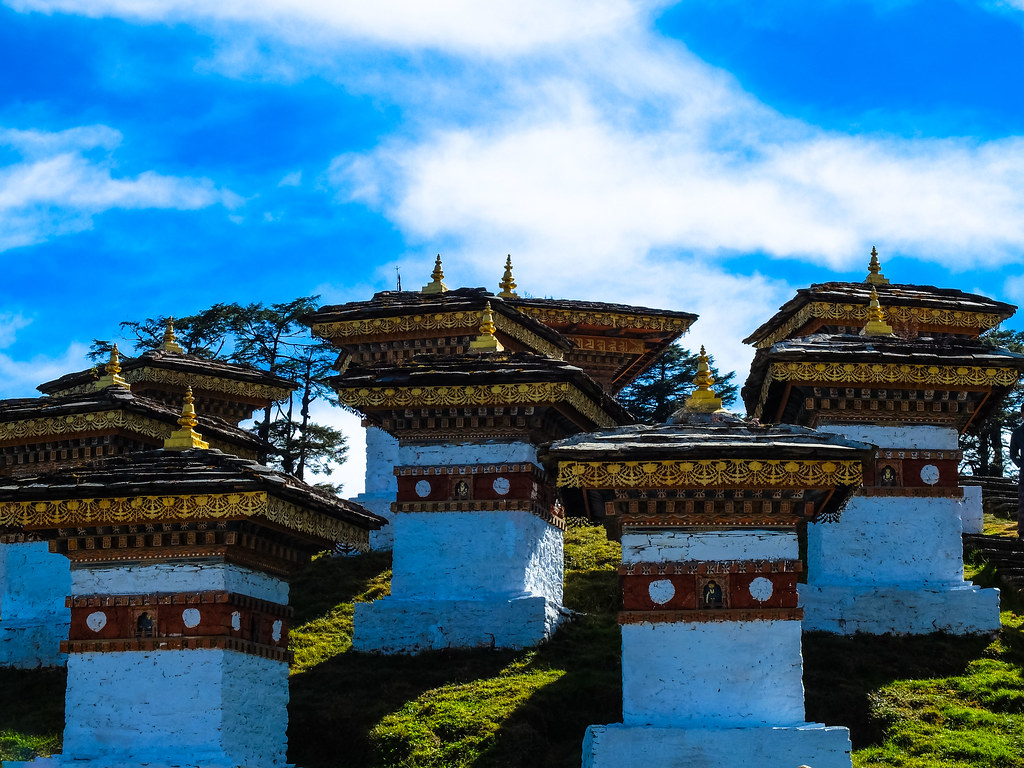 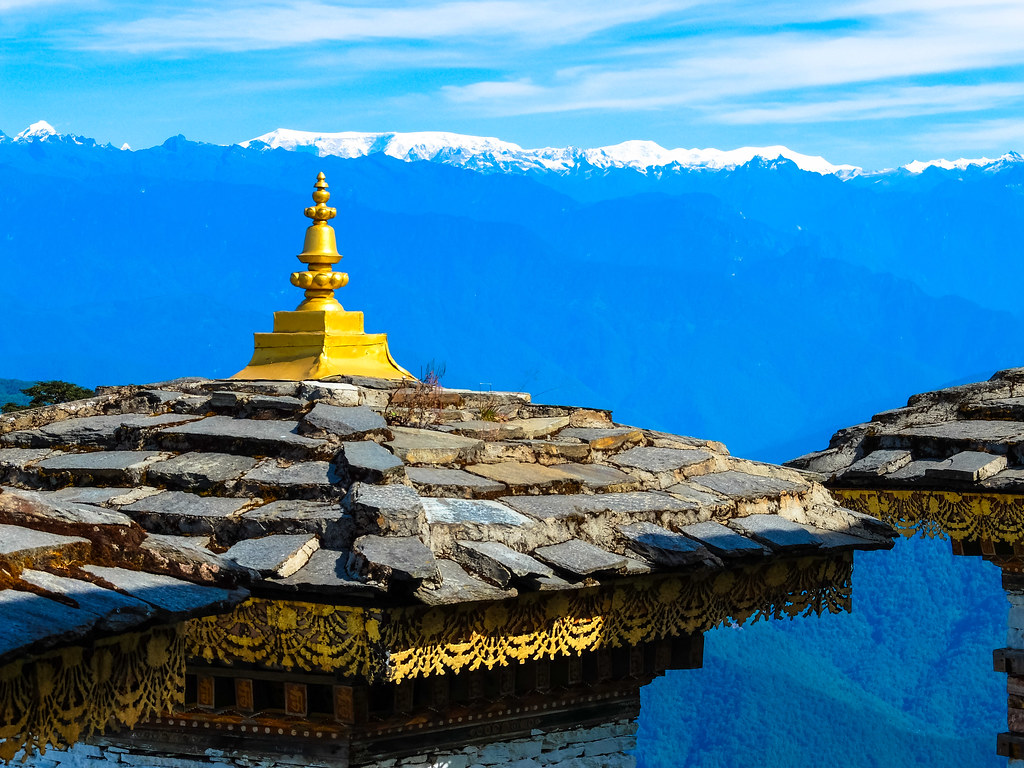 There is a small cafe near the pass, good for a quick tea break prior going back to the road. There is really no moment where the Druk Wangyal Chorten is not crowded, as cars after cars are arriving every minute, with every visitor stepping out of their vehicles excited to see the wonderful mountain range.

If you missed the Himalayan view on your first visit, maybe along the way from Thimphu to Punakha, you can always try your luck on the next visit, since the Dochula Pass is the same route that you need to traverse to go back to either the city of Thimphu or Paro. 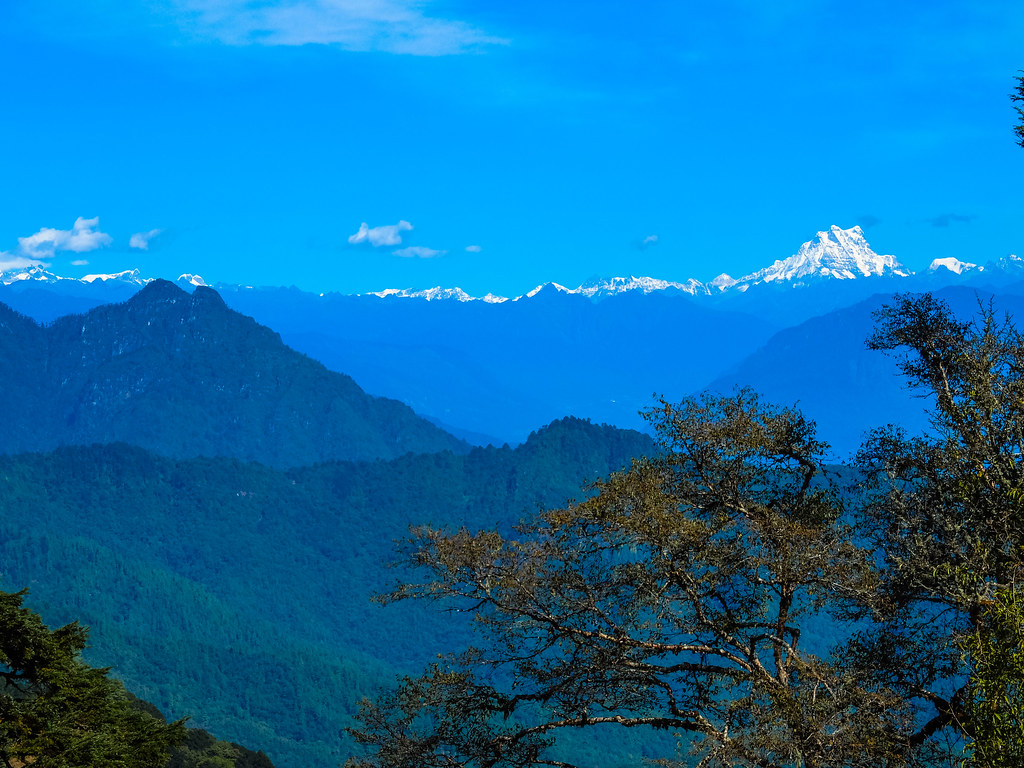 There is only one road that connects the entire Kingdom, and road travel is the only way to reach most areas in Bhutan, as domestic flights is almost non-existent. So for those who are keen to see the more remote places in the country, travelling via the curving one-way mountainous pass is the only option, with some trips can take a matter of two to three days, obviously depending on the destination.

On-going road repairs and roadblocks due to landslides is not uncommon, so it is best to plan trips to remote areas in good weather months such as Spring or Autumn and avoid Monsoon season at all cost. I was in Bhutan during late Autumn season, with almost perfect weather condition, but still experience waiting less than an hour in the car due to landslide repair. 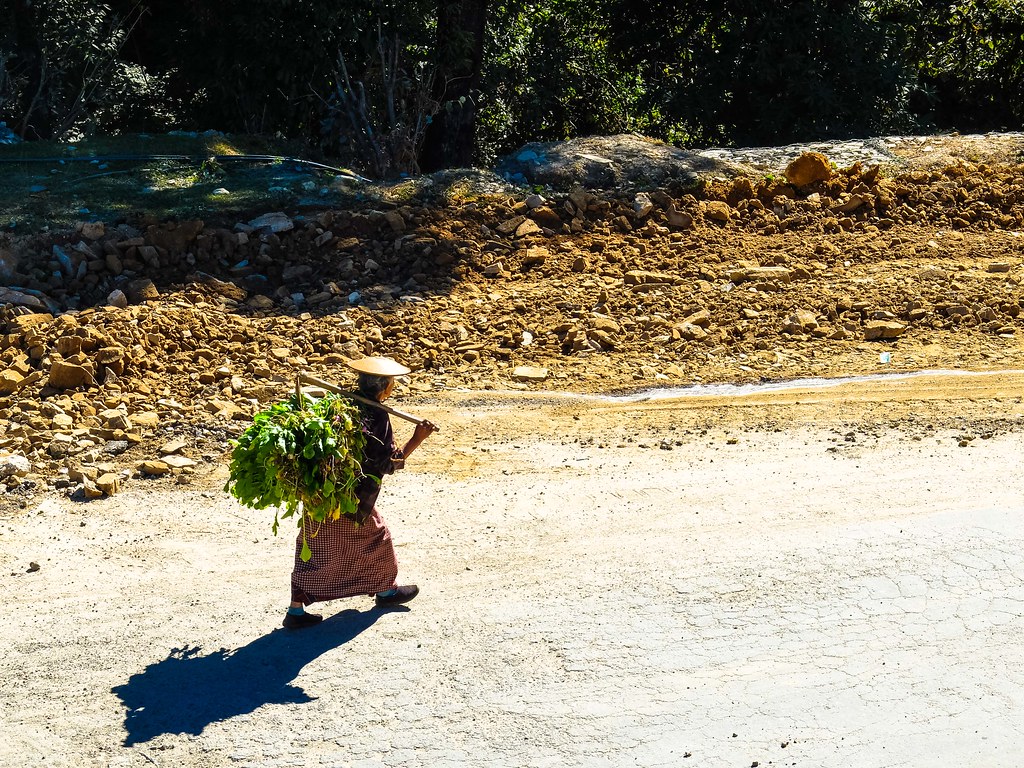 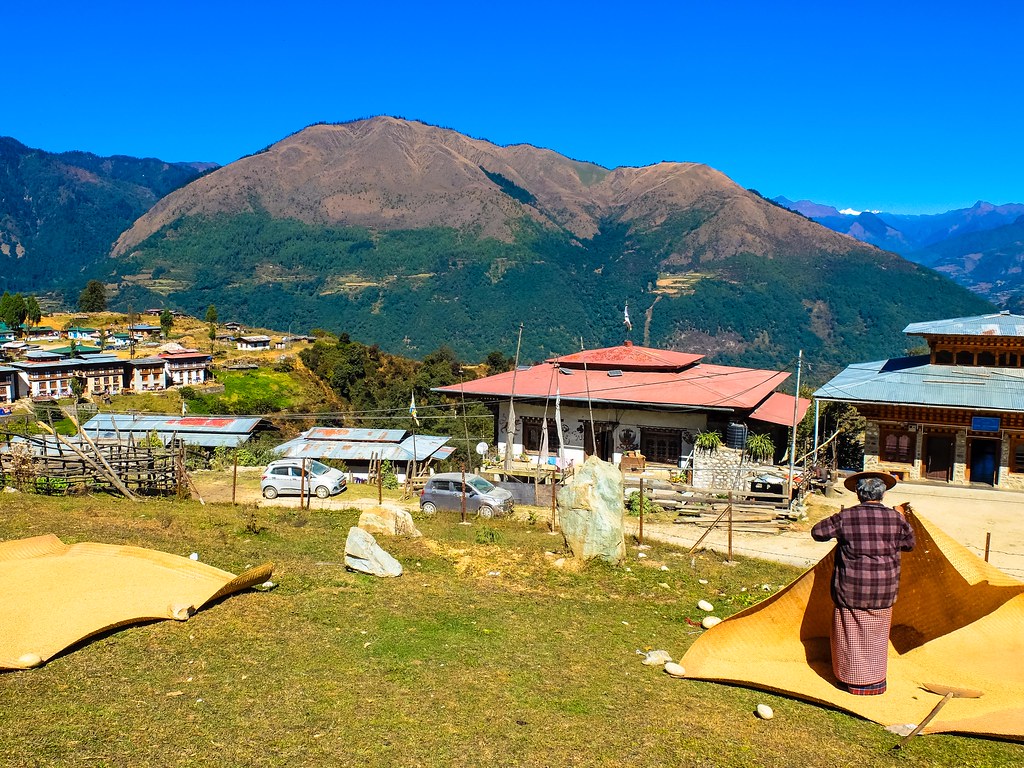 The initial tour offered to me only reaches until Punakha, where the road condition going back and forth from Thimphu is quite acceptable, but I modified the arrangements to include an overnight stay at Phobjikha Valley or popularly known as Gangtey in Western Bhutan. I specifically told the agent that I don’t mind bumpy ride and I trust that my assigned driver is a master of navigating Bhutan major road.

It was a never ending road travel to reach Gangtey and I am thankful for the quick stop over on small restaurants for tea and biscuits while admiring the view. 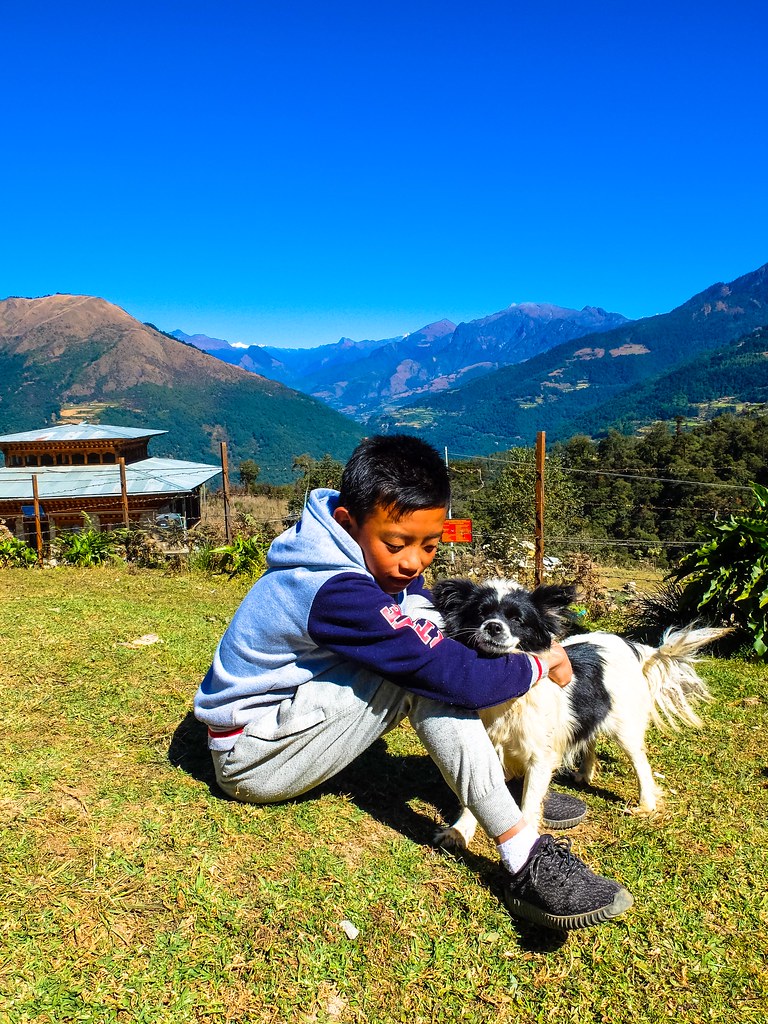 As we go higher and higher, we are getting closer and closer to the magnificent view of the sacred Mt. Jomolhari, and as if welcoming us at the entrance of the Gangtey valley is a mountain Yak.

Upon entering the town of Wangdue Phodrang, the smell of pine trees, the cold winter breeze and the view of the valley from afar is more than enough to forget about the painful road travel, and to conclude that the journey has been so worth it. 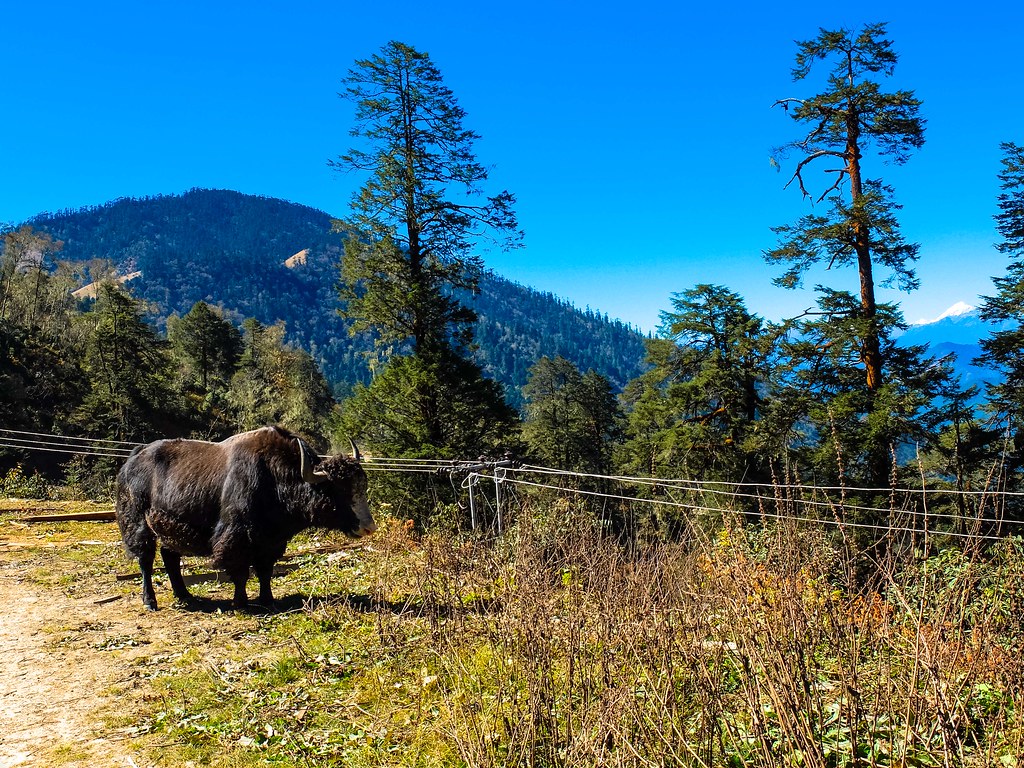 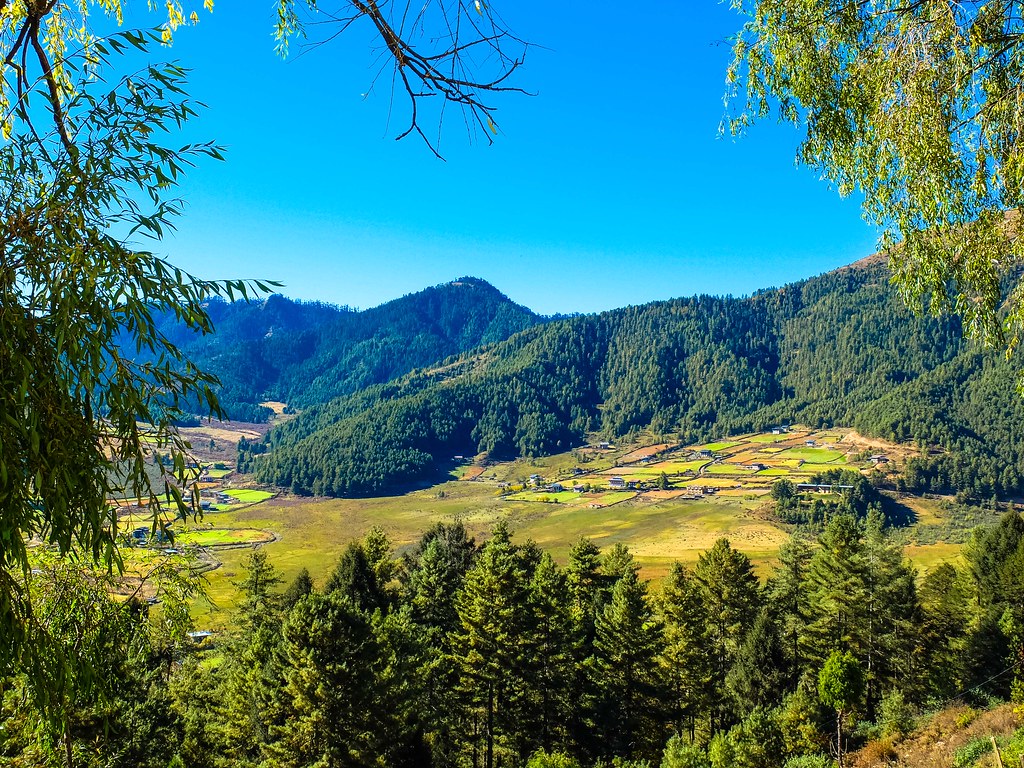