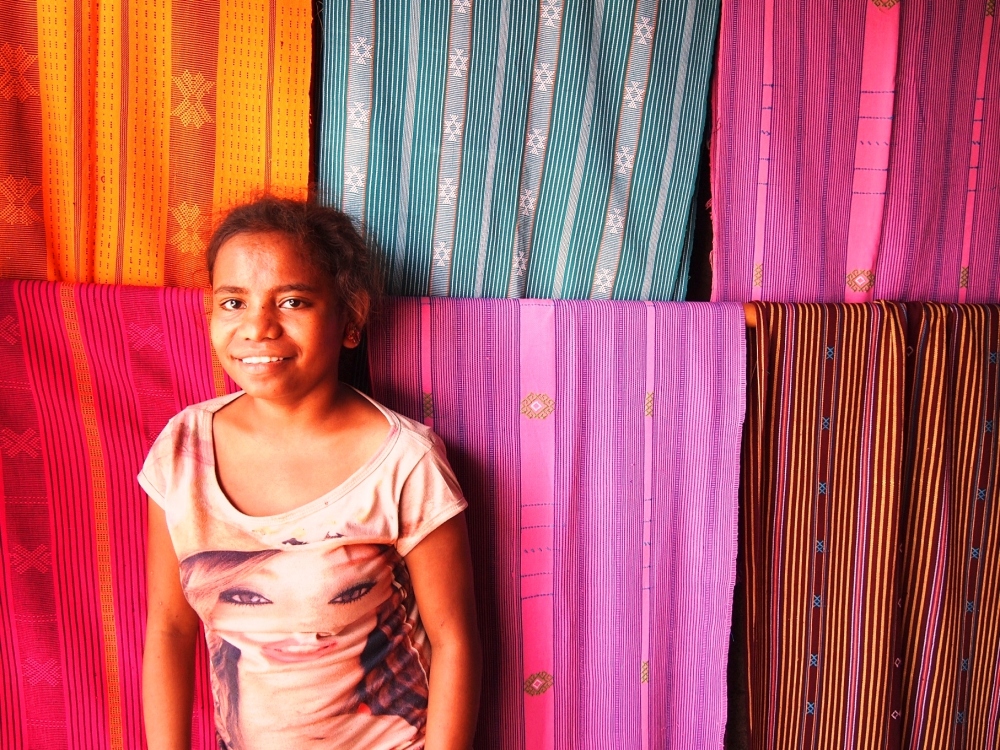 An activity mastered and performed solely by Timorese women, with techniques passed from generation to generation, is weaving of cotton threads to create a colorful piece of cloth called Tais.

Considered an integral part of East Timor cultural heritage, Tais cloth is used for traditional clothing, home décor, ceremonial adornment and most importantly, before the introduction of standard currency, it was used as a means of trading livestock.

Though these days, tais decorated home or tais clothed individuals are rarely found at the street of Dili, however for those who wanted to have authentic patterned cloth for souvenir can head to Colmera and look for a small compound of pink walls and roofing called Dili Tais Market.

A family run business, the vendors and the store owners are all very welcoming. They let you wander around their shops without the pressure of having to buy something, a total opposite in ambiance compare to the other touristy markets where looking around without buying anything is a source of annoyance to the vendor.

Here, you can witness the actual weaving of textile or see kids playing around the market. During my visit, there were only three or four of us at the whole vicinity and the vendors couldn’t careless if you buy anything or not, they are quite busy playing bingo.

Tais can be bought as a textile, as a handbag, wallet or earrings. According to some reports, there is an inflow of tais-looking textile in the local market sold for way cheaper price, which resulted to confusion among buyers who is hoping to bring home the genuine Timorese tais.

When I first saw tais cloth I was confused on how this pattern available on other South East Asian country can be of Timorese heritage, I even have a bag bought in Laos which look exactly as the one on the display. I guess the confusion and the lack of awareness for most outsiders like me has to be attributed to the lack of written documentation or information about East Timor in general due to the decade long restriction and occupation of Portugal and Indonesia.

For a country which relies heavily on export, buying a Timorese product whether it is Tais or organic coffee not only help the livelihood of local women or families but most importantly, it helps keep nation tradition and identity.