All travel to Bhutan starts and end in the town of Paro, for here it is where the only airport in the country is located.

Watching the airport landing and taking-off from a designated viewpoint along the highway seems to be the favorite past time among locals and of great interest to a lot of foreign visitors. After all, it takes a highly qualified and specially trained pilot to fly in and out the tiny airport, dubbed as one of the world’s most dangerous. 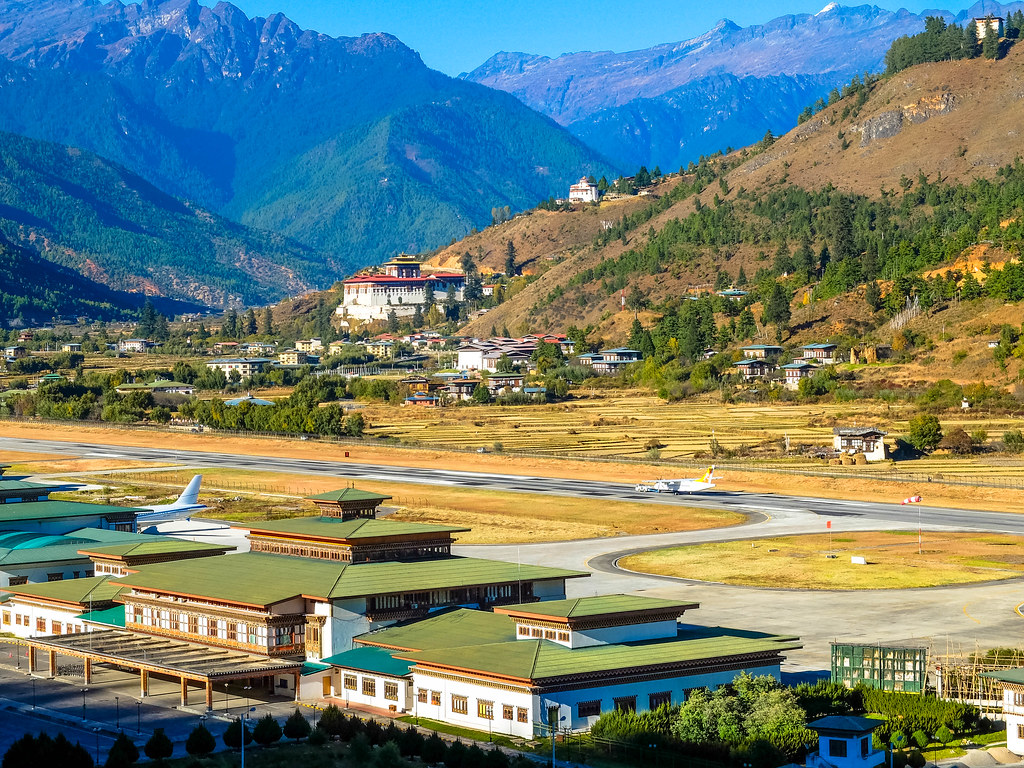 With the airport surrounded by steep Himalayan mountains with sharp peaks, airplanes need to weave through the mountains to avoid clipping the roof of the houses scattered among the mountains. I was sitting on the window side for my flight going to Bhutan and I can literally see the airplane wings almost touching the mountain side.

But Paro is more than a location for one of a kind air travel experience, it is a beautiful valley of many historic sites and home of the sacred mountain Jomolhari (7,300m) whose glacier water forms the Pachu (Paro river) flowing in the valley. 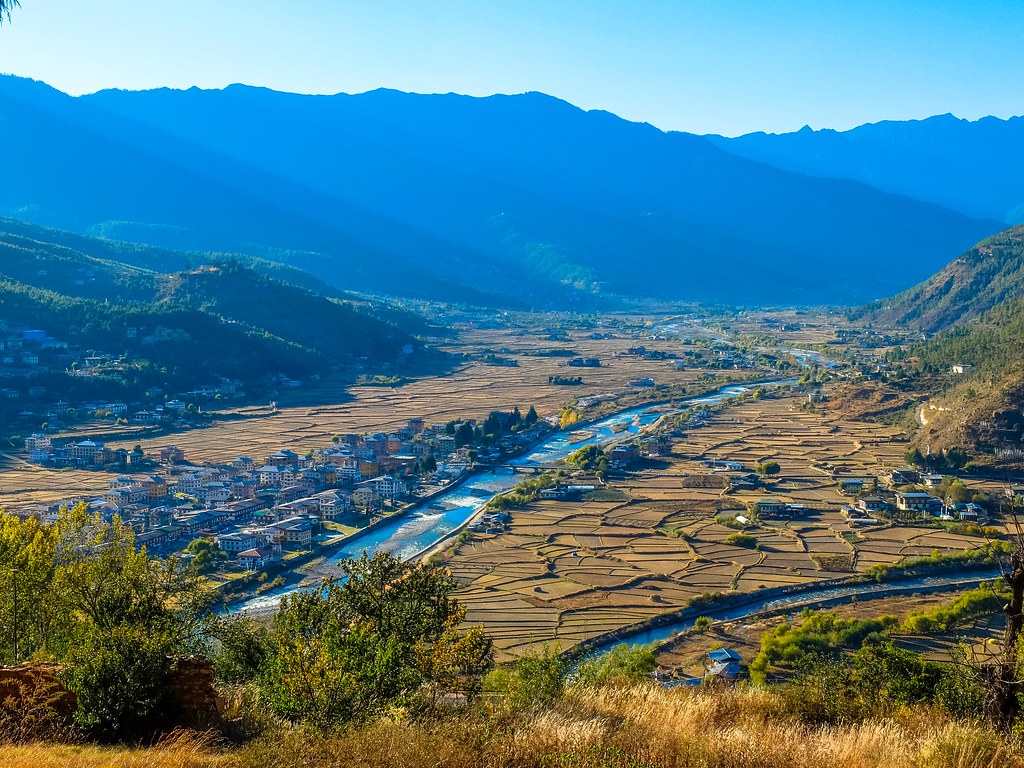 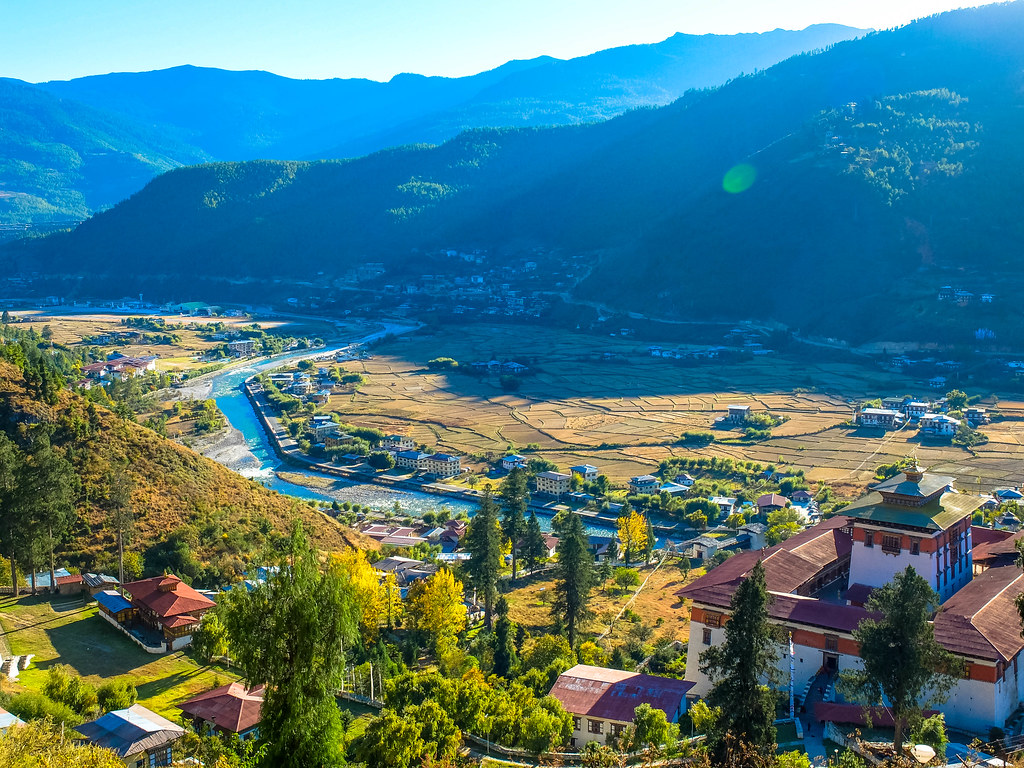 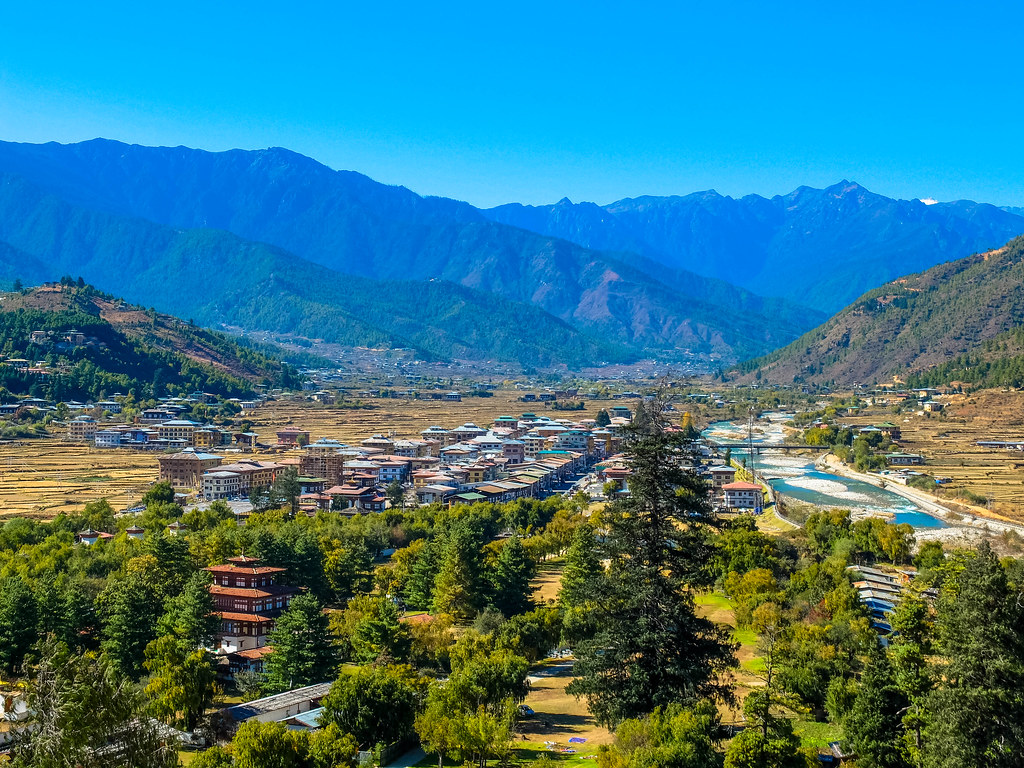 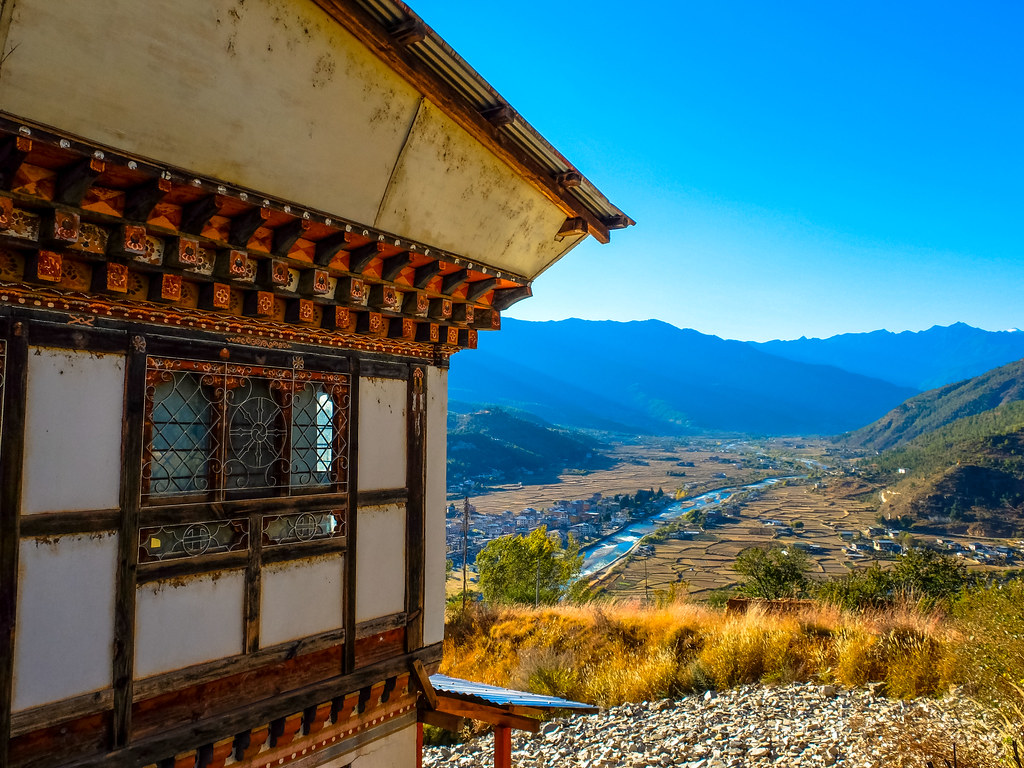 In Paro, is where you find the oldest temple in Bhutan, the Kyichu Lhakhang.

According to legend, Kyichu Lhakhang is one of 108 temples built in a single night by the Tibetan King Songtsen Gampo in order to pin down an ogress that was obstructing the spread of Buddhism. 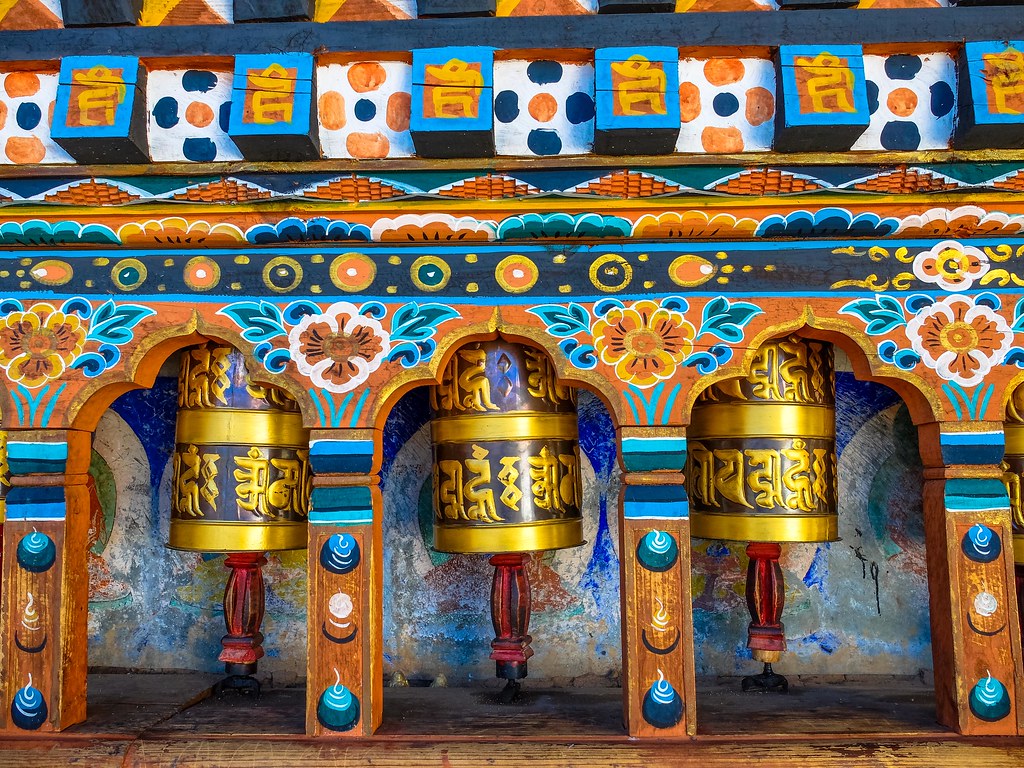 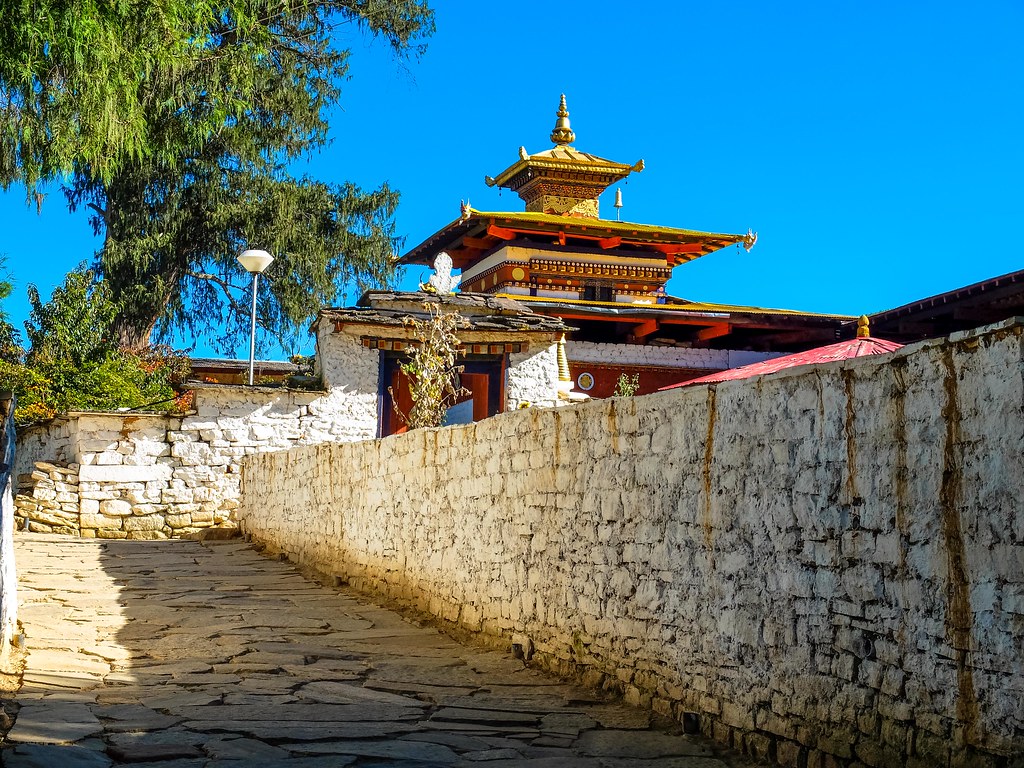 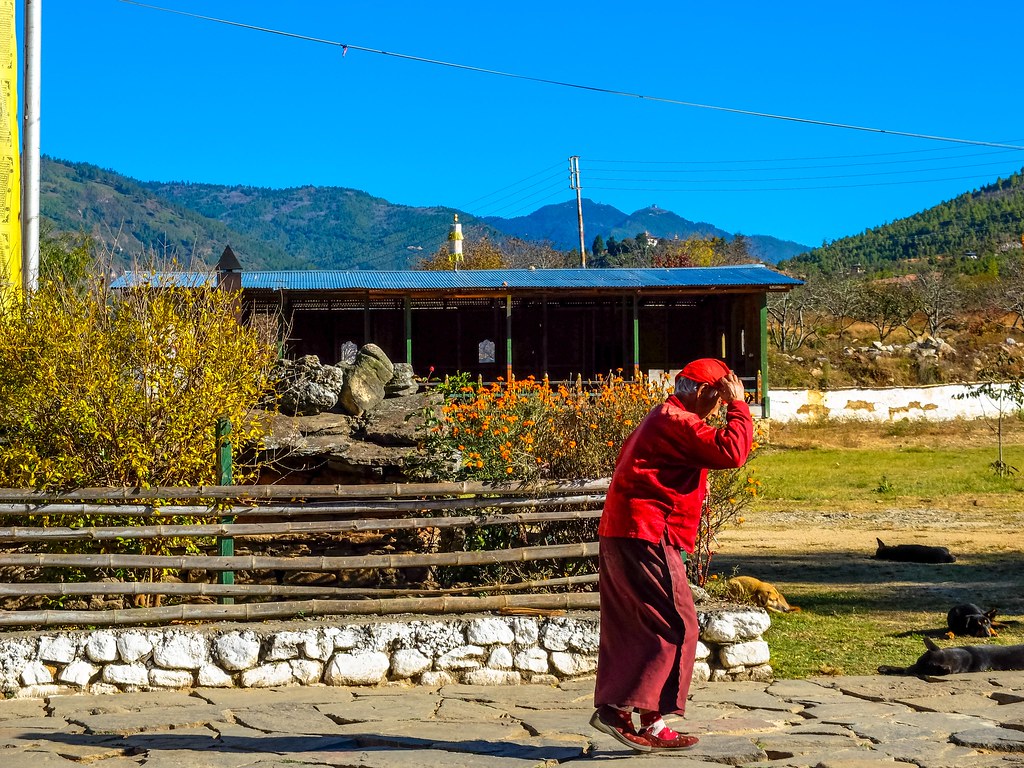 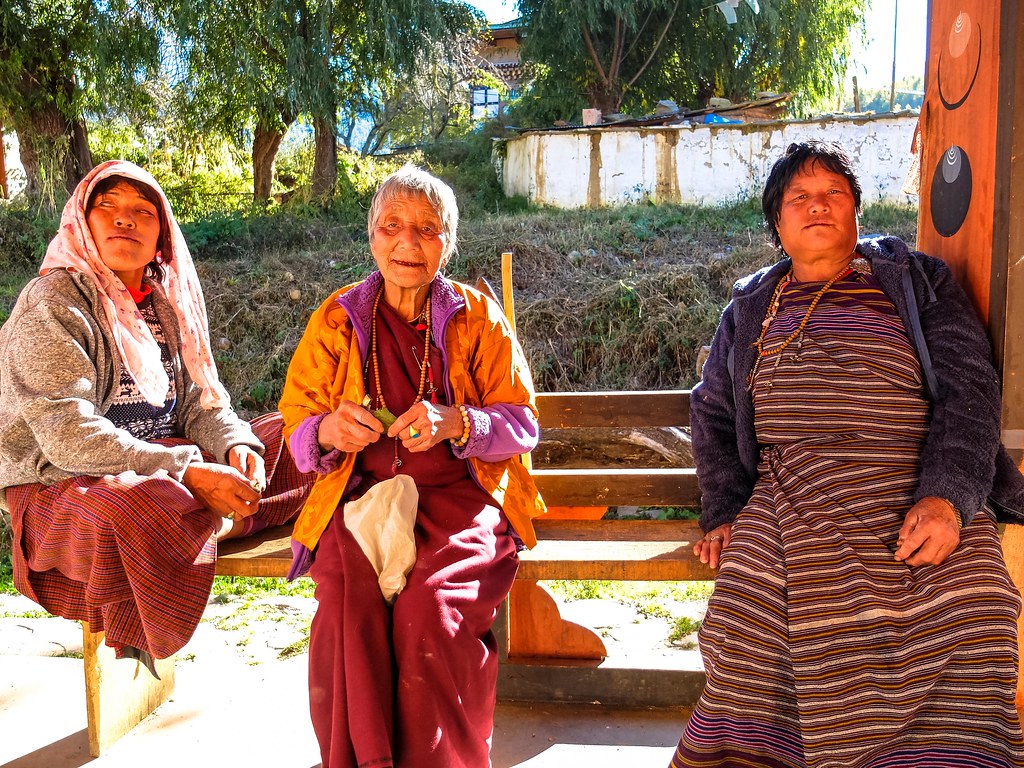 More than the decorations and paintings on the wall, this small temple exudes such peaceful atmosphere and visiting it feels like you are part of the neighborhood whose residents often visit for prayers and offerings.

Out of all the places we visited so far, in Kyichu Lhakhang was where I experienced on overwhelming kind of calmness while spinning prayer wheels and chanting “Om Mani Padme Hum”. 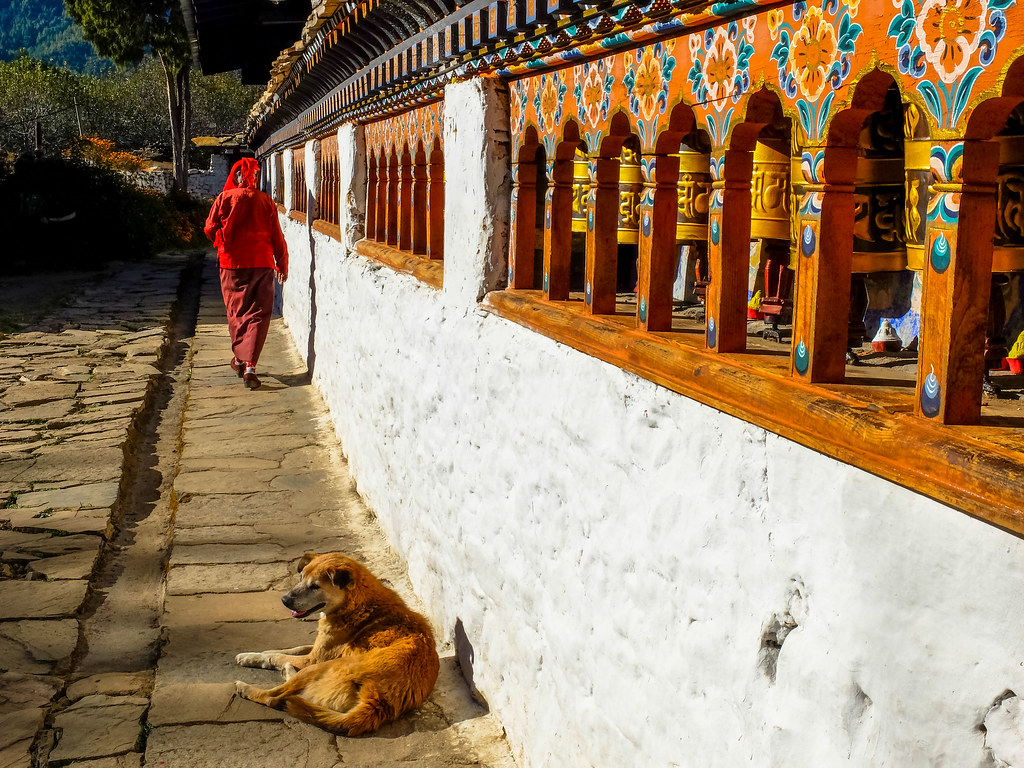 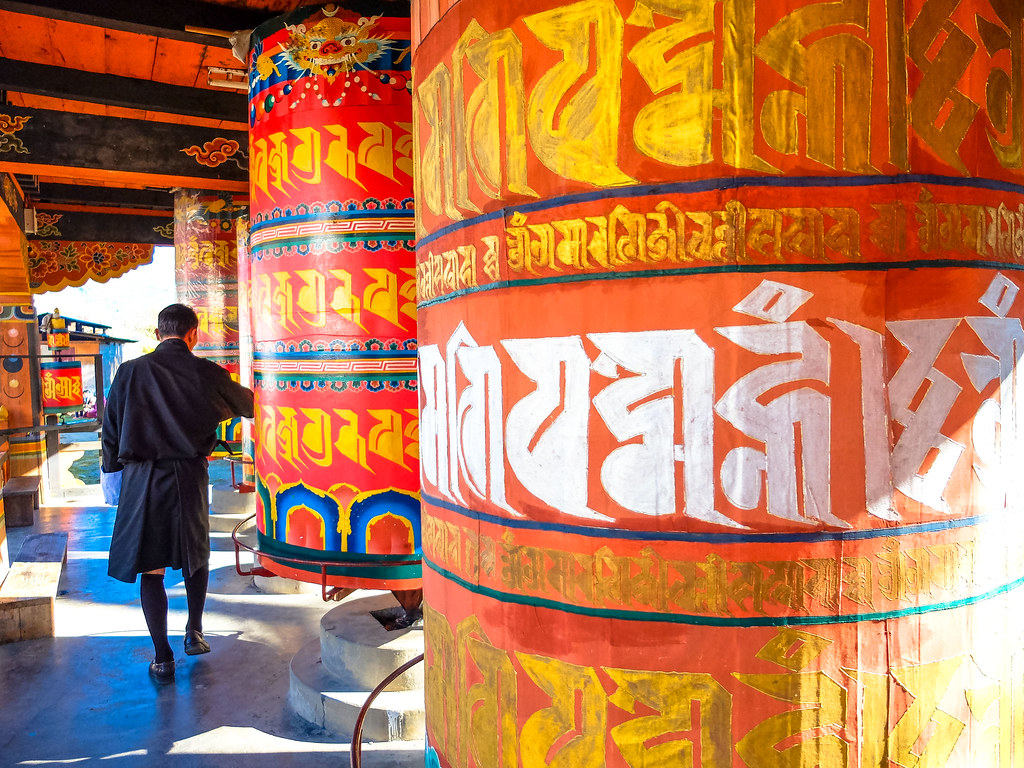 If Paro is the last town you are going to visit in Bhutan, don’t dismiss the idea of going to another dzong, for Paro Dzong or also known as Rinpung Dzong/ Rinchen Pung Dzong , which means “Fortress on a Heap of Jewels”, though smaller in size as compared to Punakha Dzong is an equally impressive dzong that towers over Paro Valley.

Though Rinpung Dzong has the usual decor expected, I believe that its most beautiful feature are the colorful paintings on the walls. 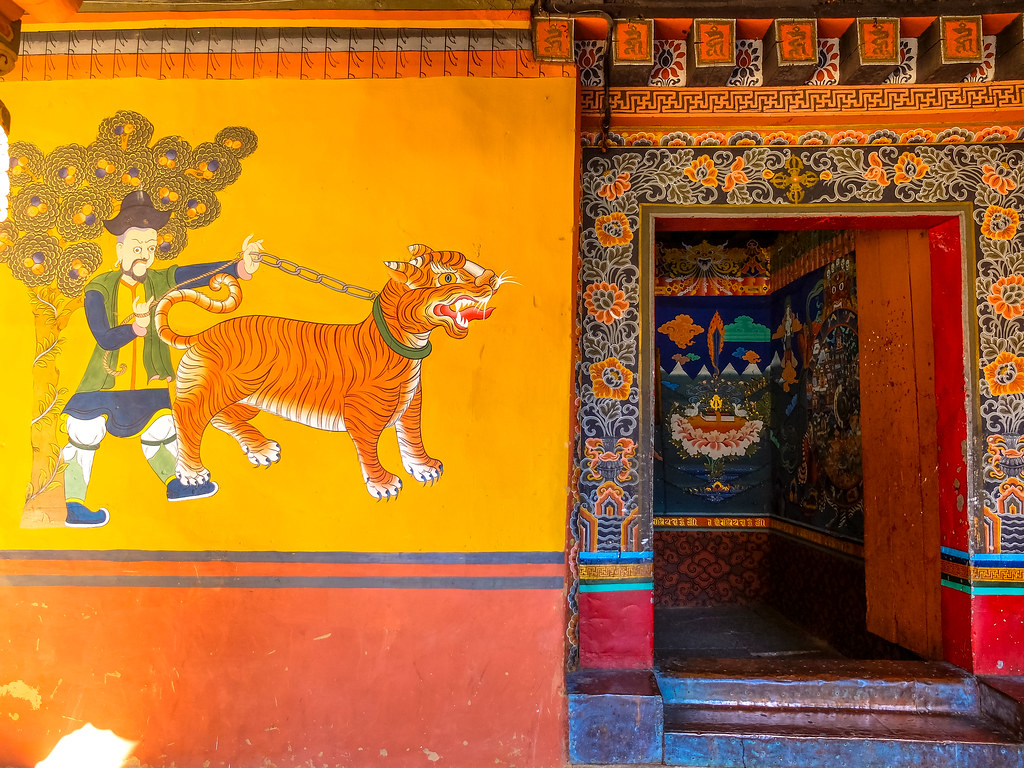 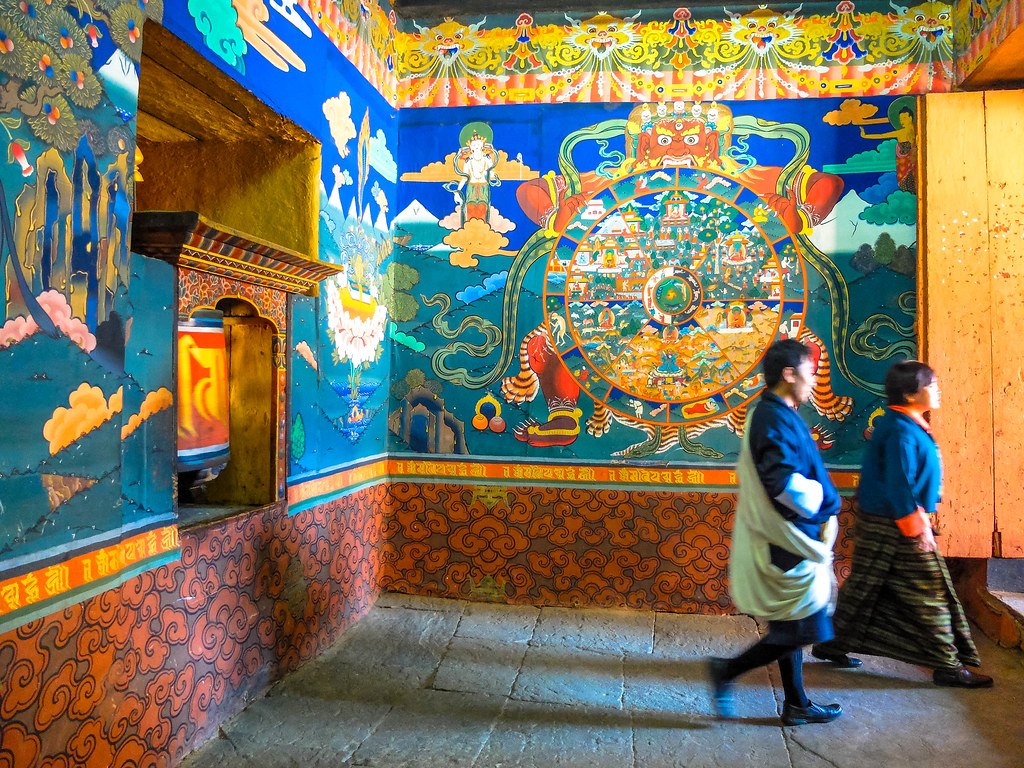 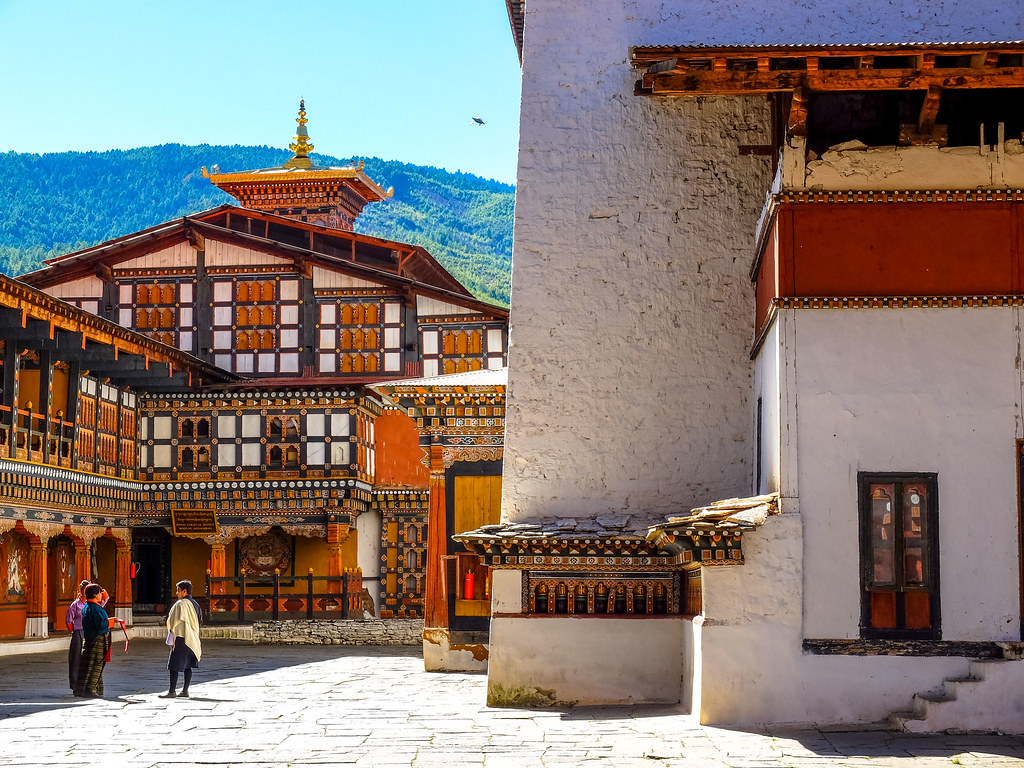 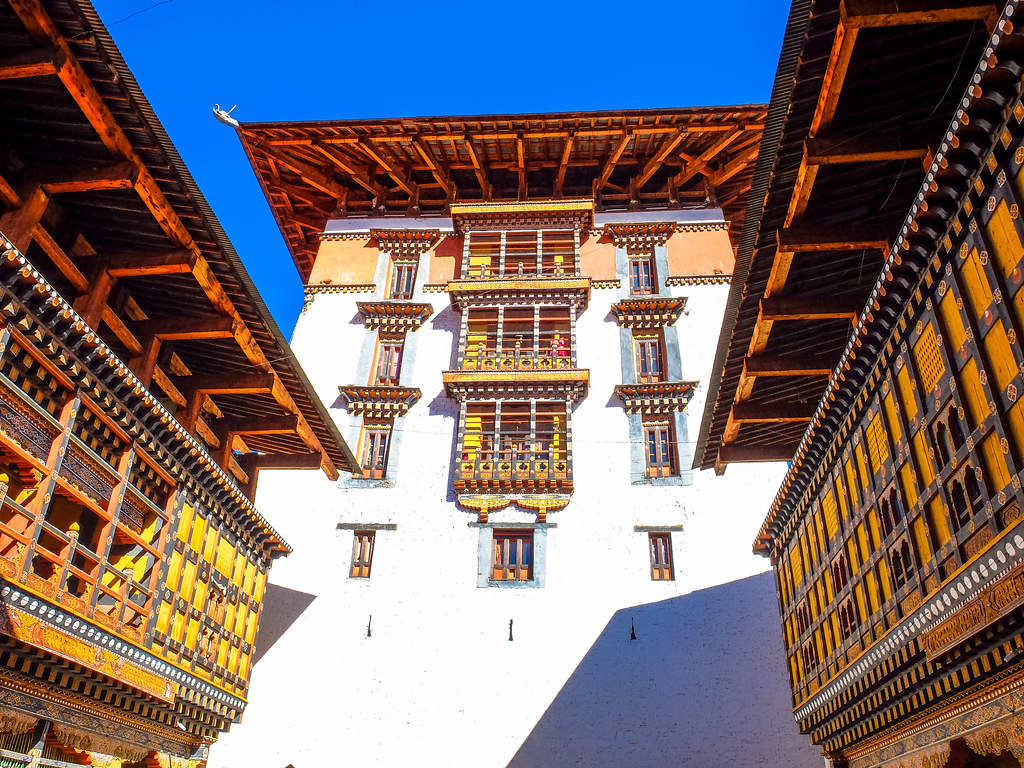 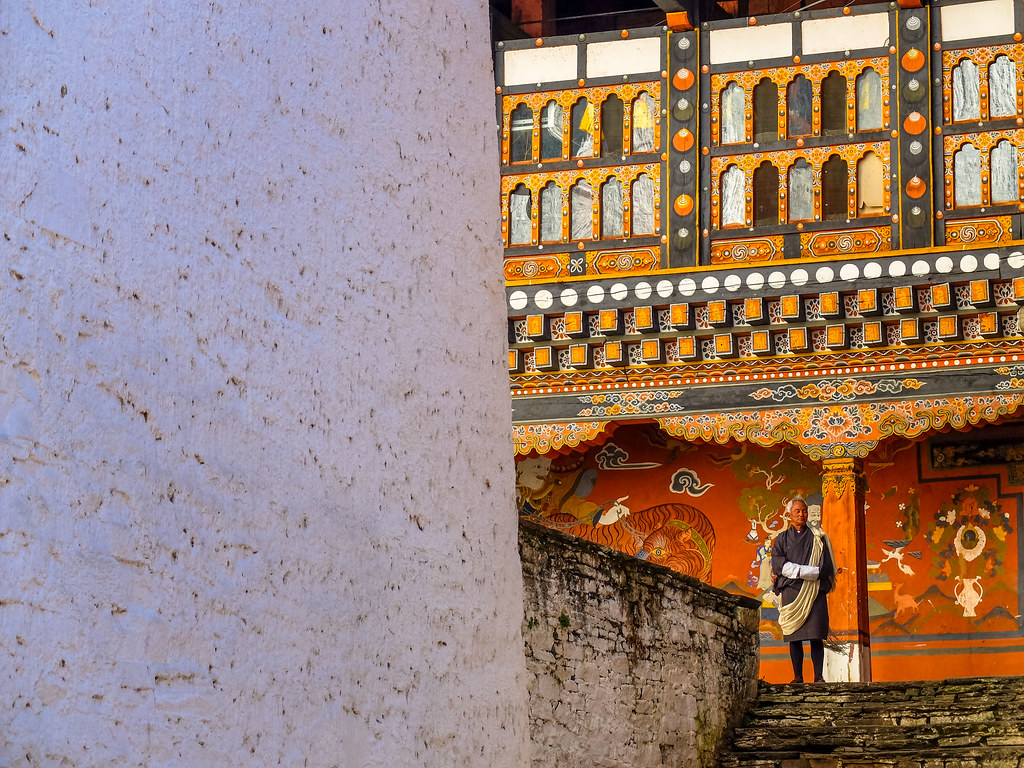 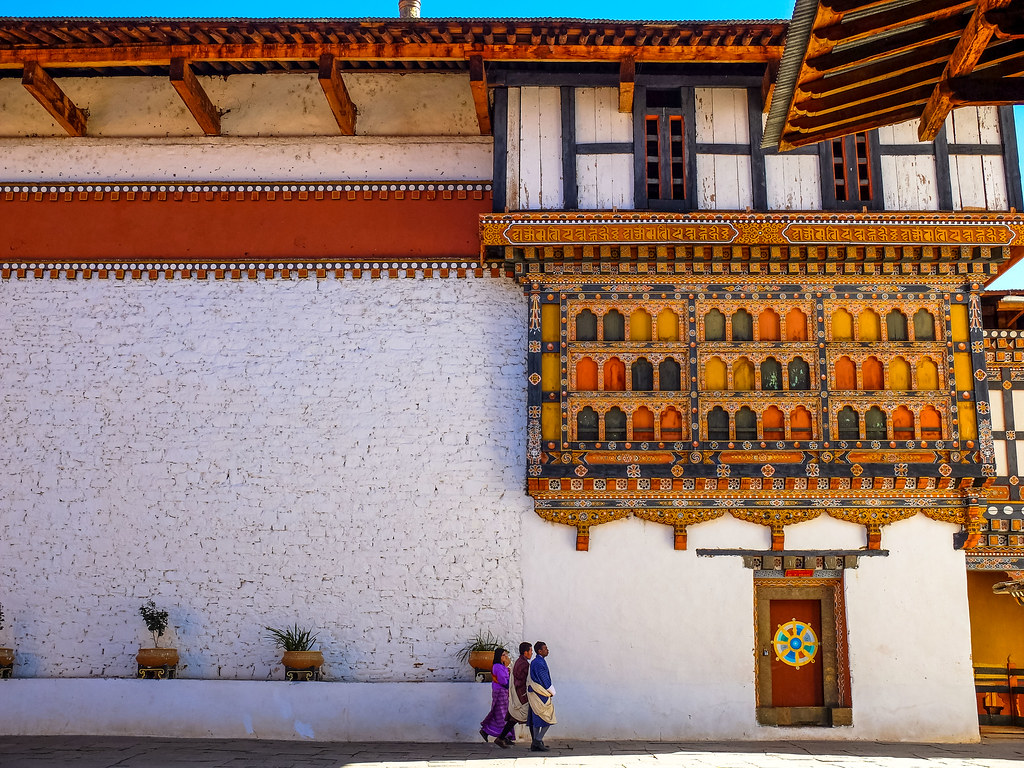 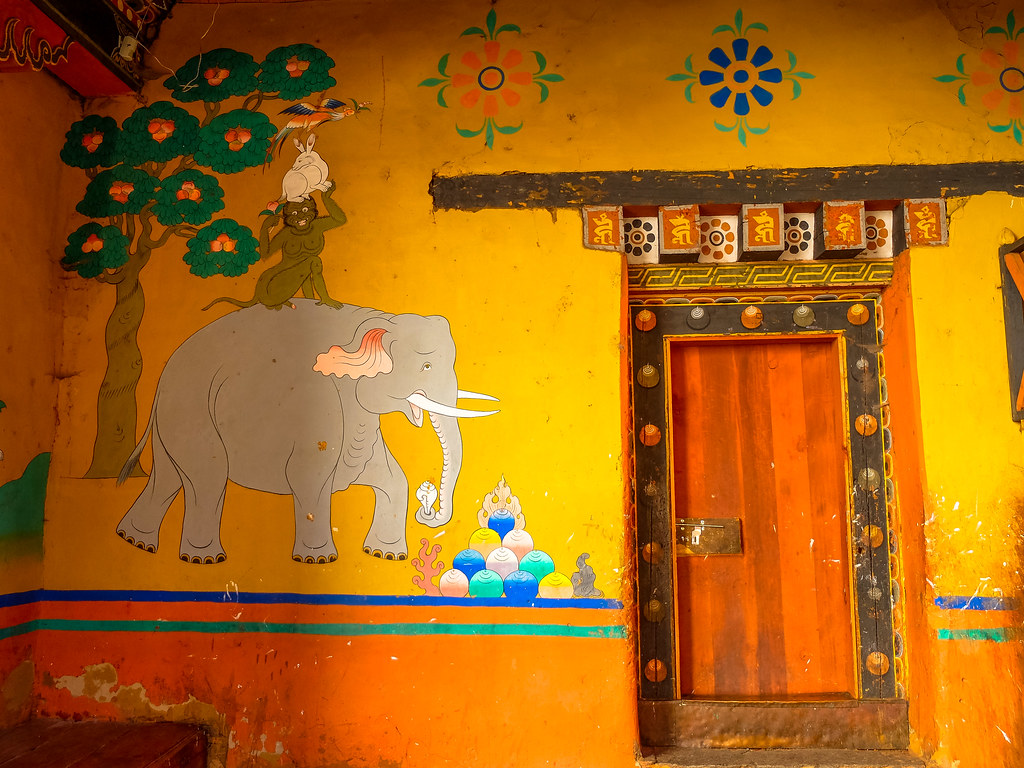 Going a bit walk uphill to the ridge immediately above is the Ta Dzong which is now the country’s first National Museum. The dzong is originally built as a watchtower and its elevated location provides a great overlooking view of the Paro valley. 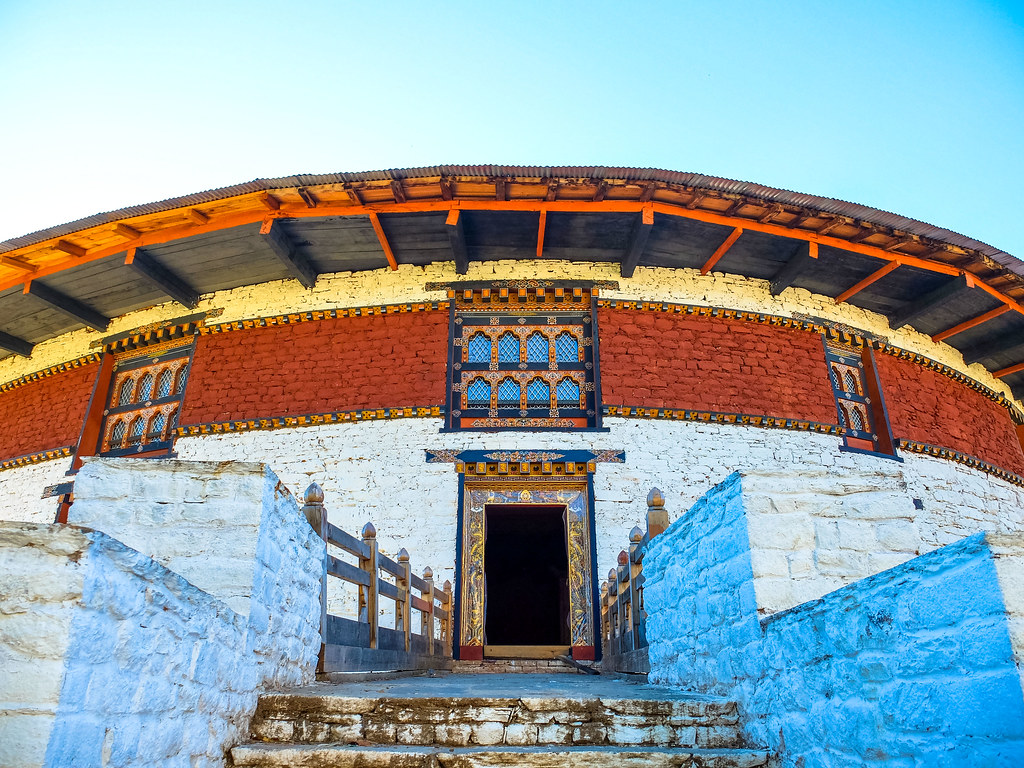 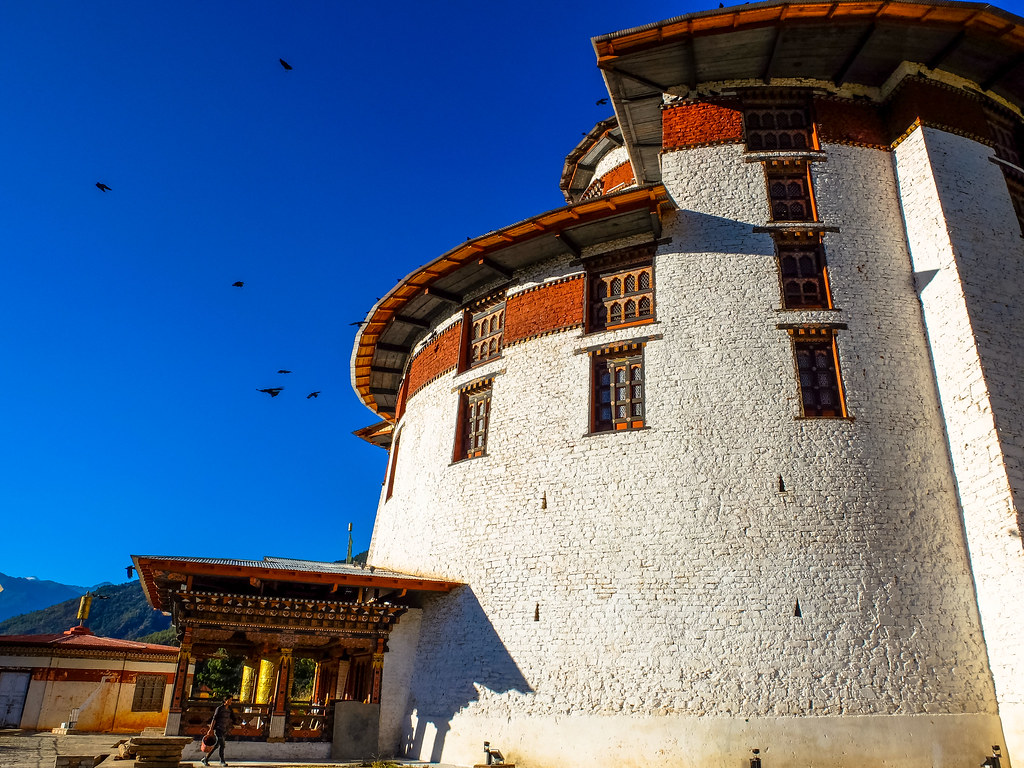 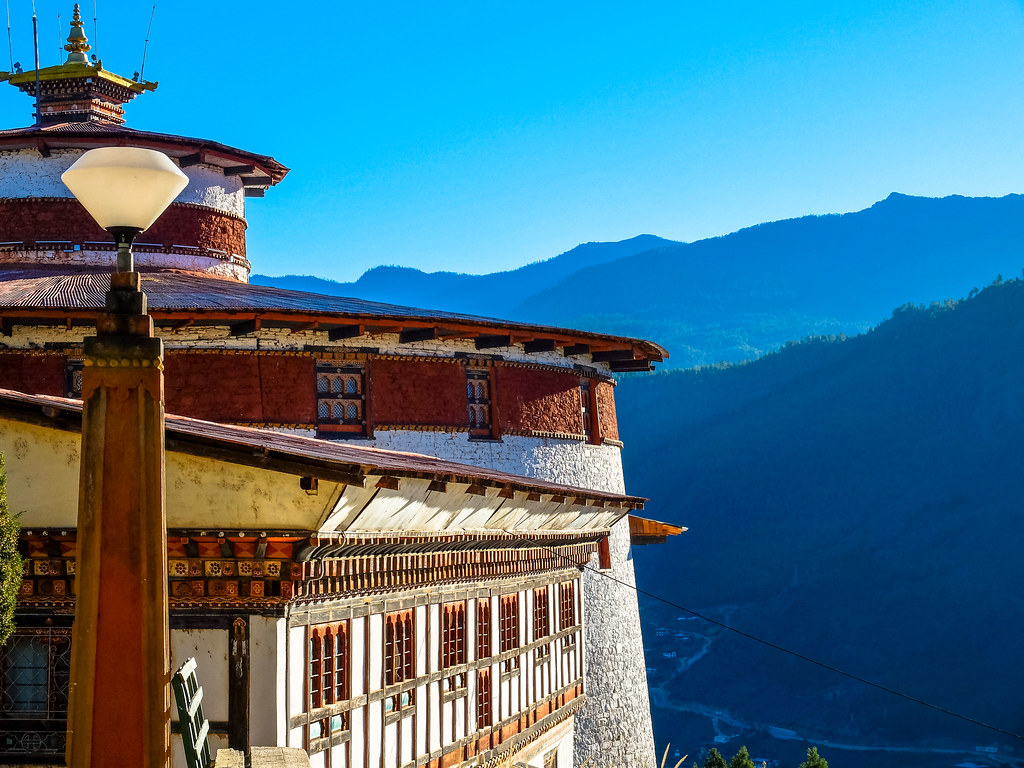 The rest of the day in Paro is spent walking along its main street for some leisurely stroll and souvenir shopping. 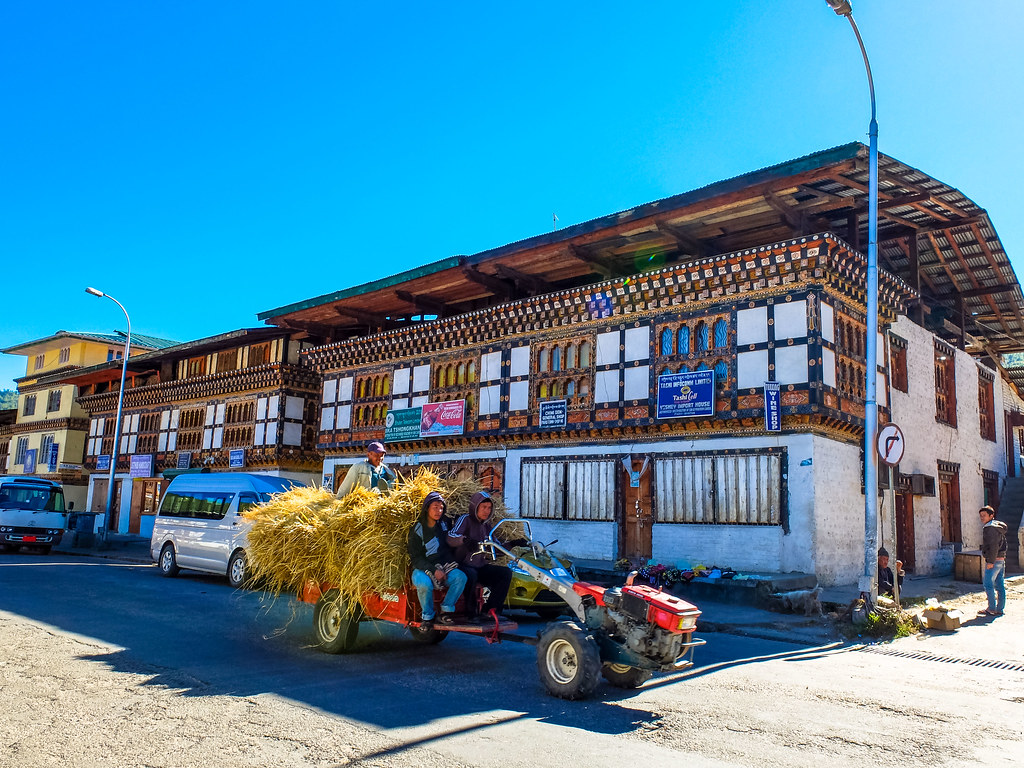 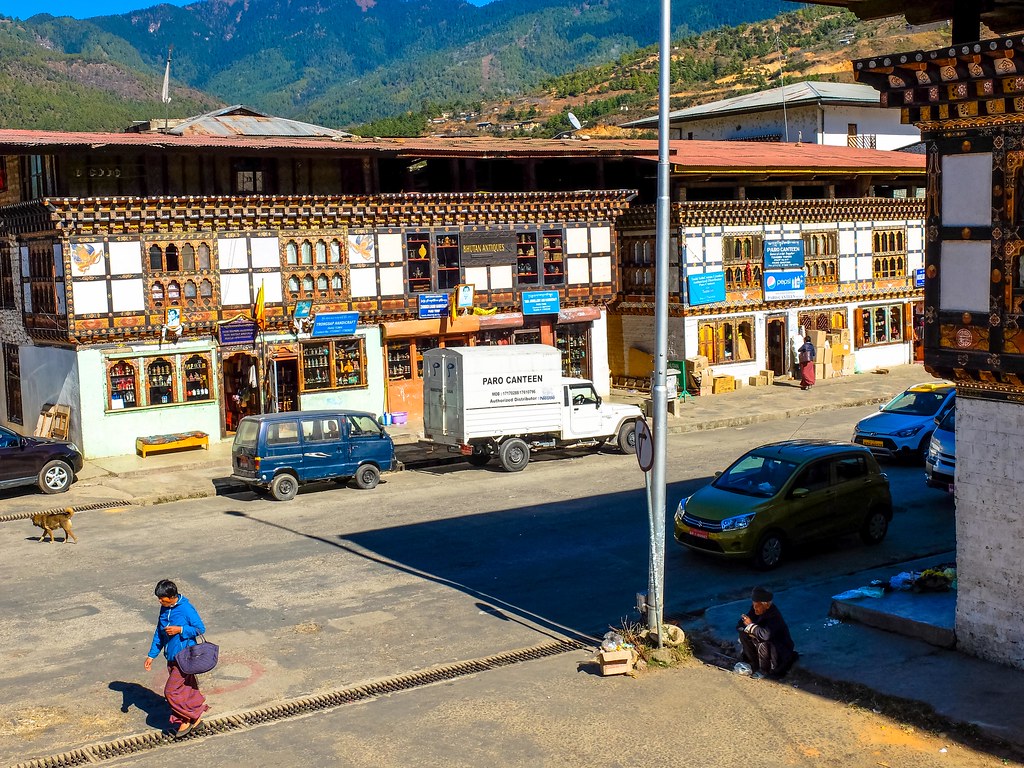 Paro Valley is the best town to end a trip to Bhutan, particularly since it is the location of Bhutan’s most iconic landmark, the Taktsang Lhakhang or the Tiger’s Nest. 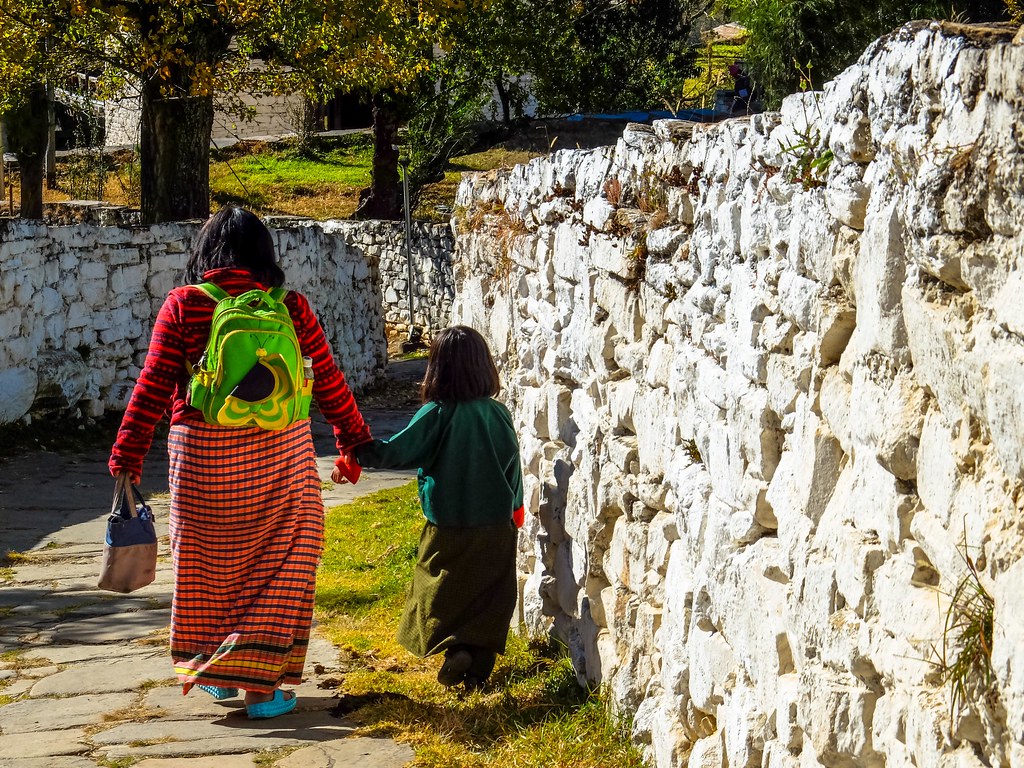