Beneath the romantic ambiance of the City of Lights lies a labyrinth of interconnecting caverns and tunnels, filled with carefully stacked bones and skulls, an ossuaries holding the remains of about six million people. 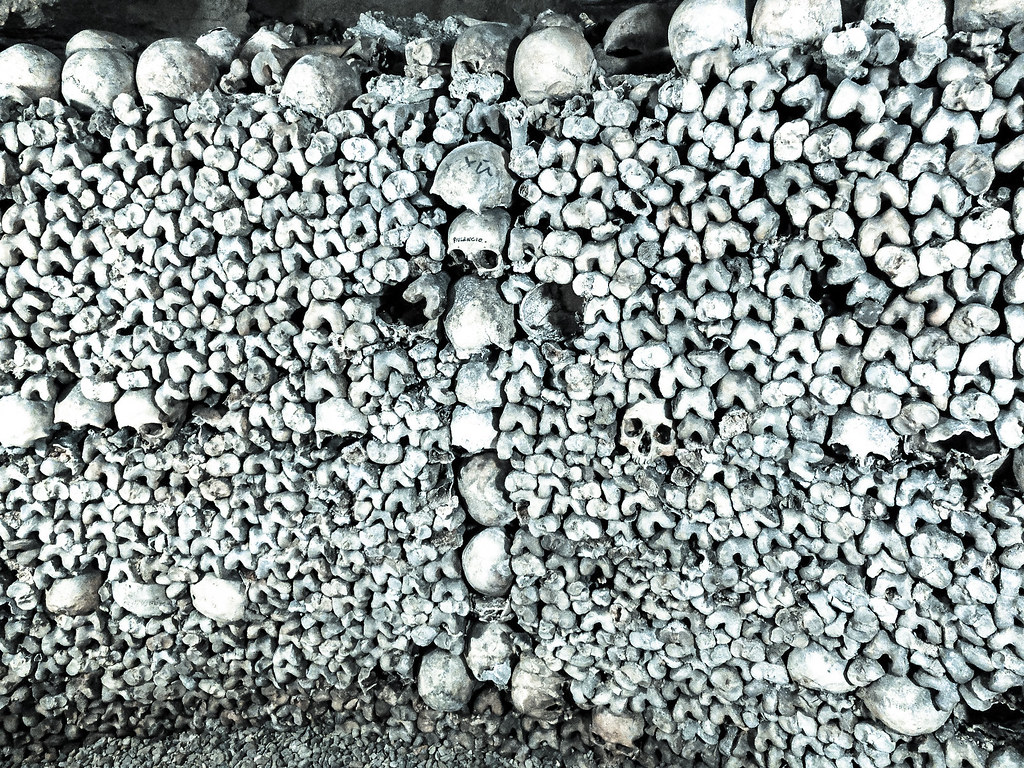 It is hard to resist the urge to explore what lies beneath, the curiosity to glimpse death, a source of different kind of fascination and excitement, an experience which truly is an anti-thesis to everything that Paris has to offer above ground and Catacombes de Paris or The Catacombs of Paris surely will not disappoint those who are seeking to view the city on a different light. 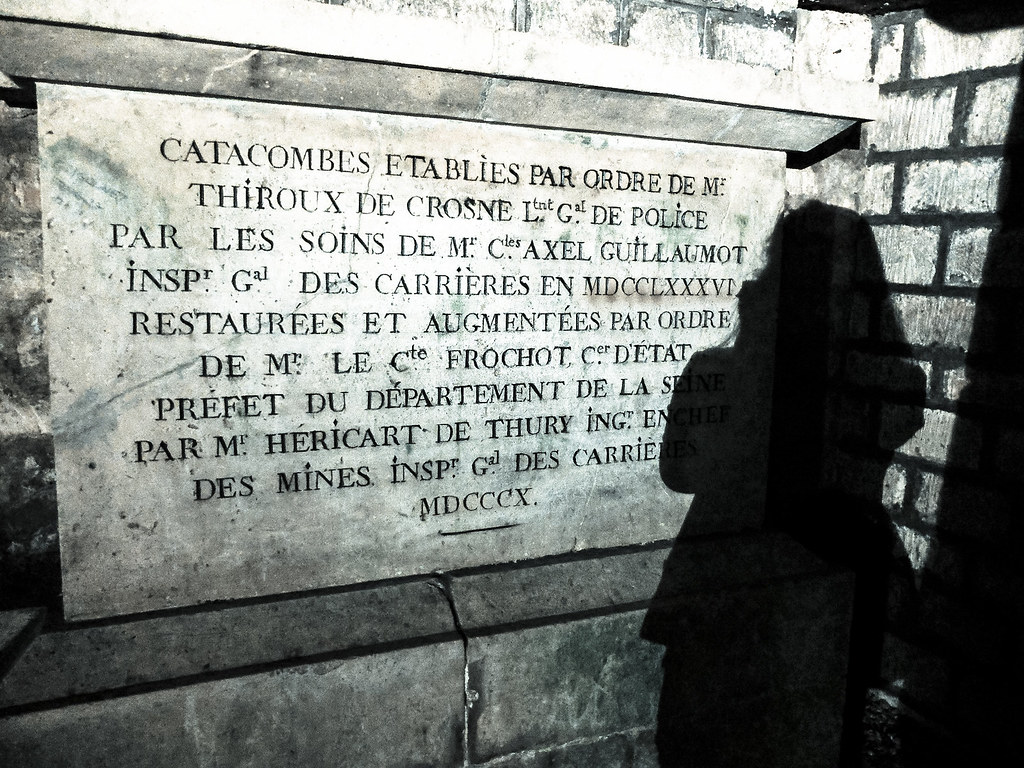 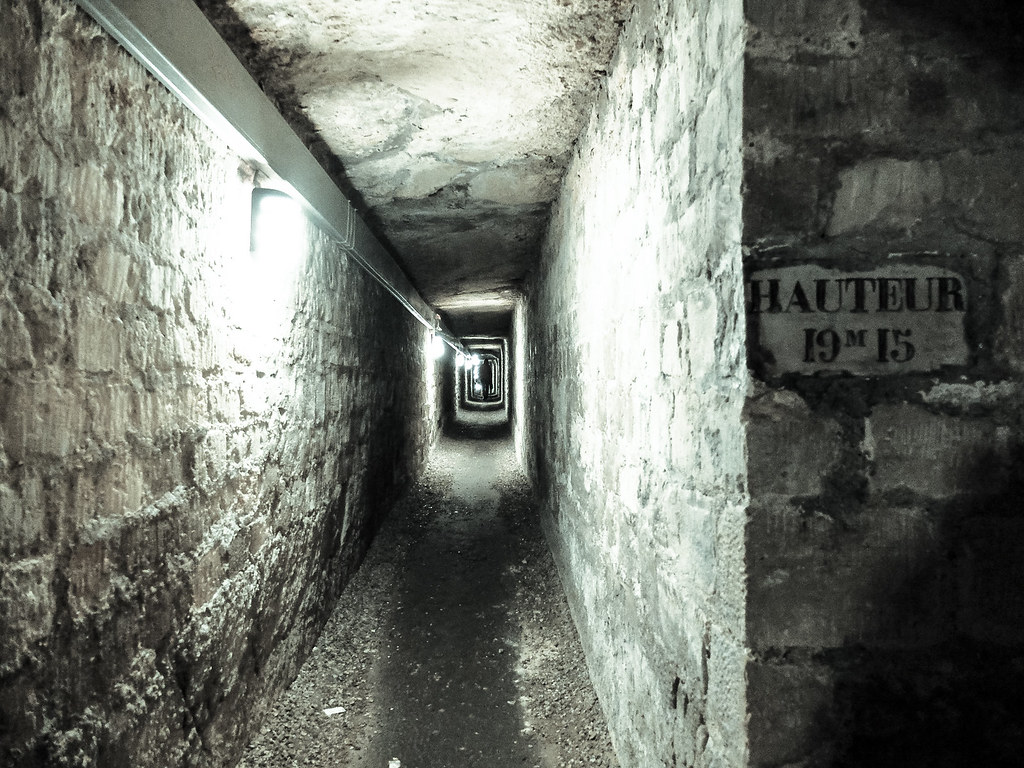 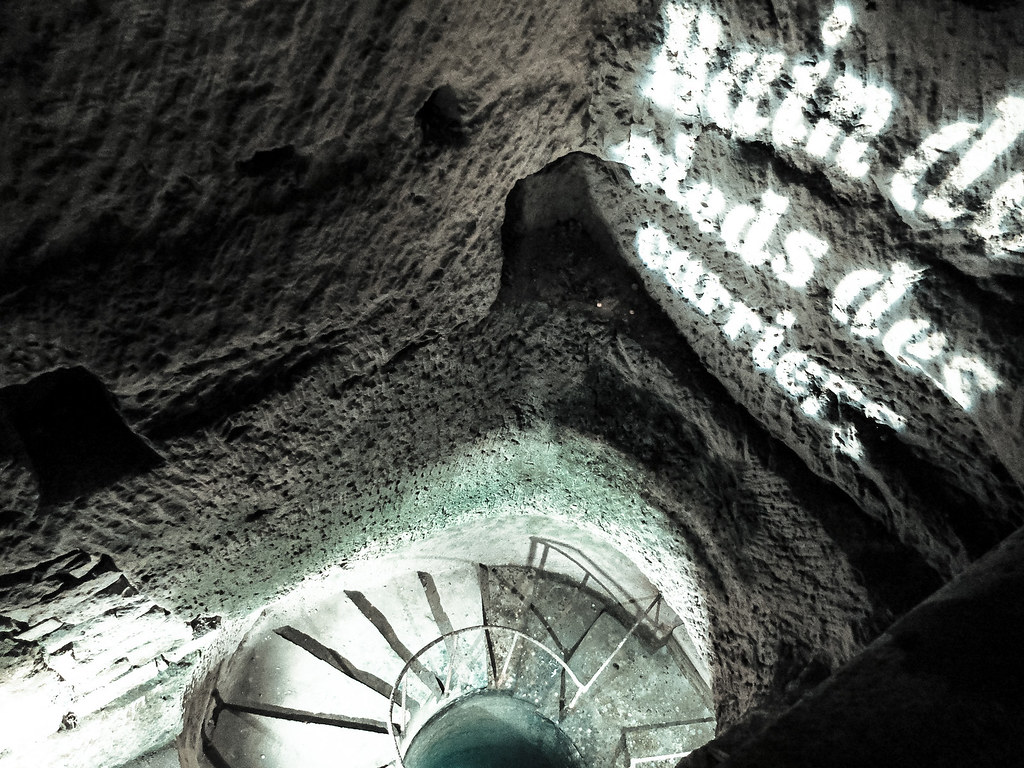 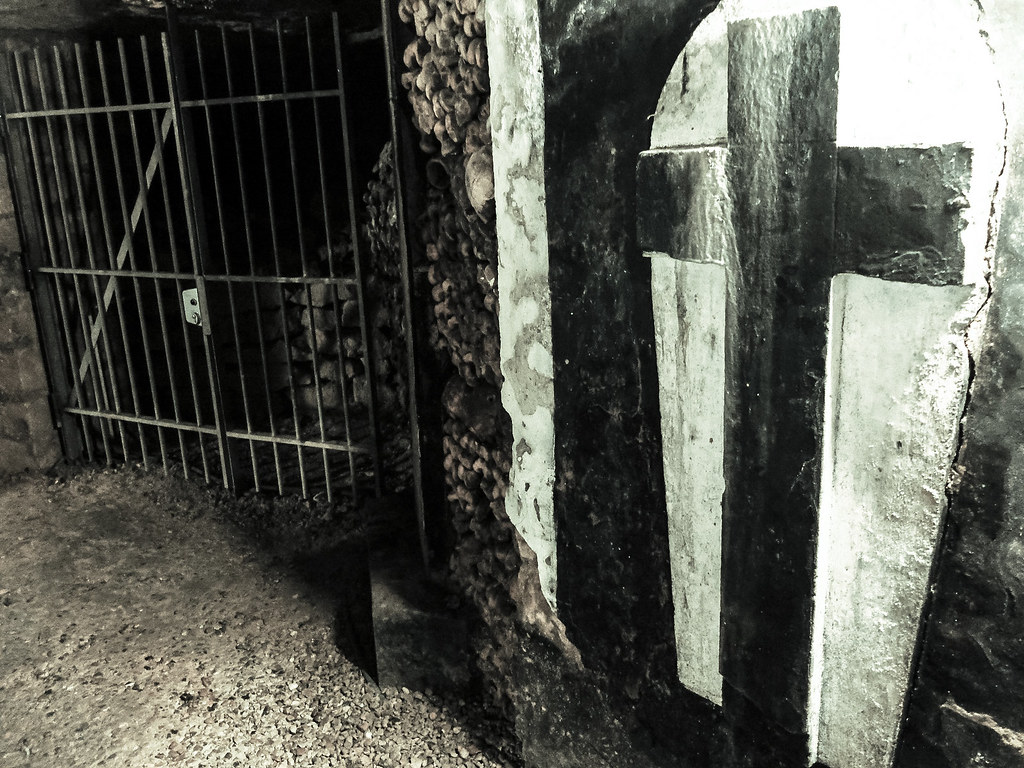 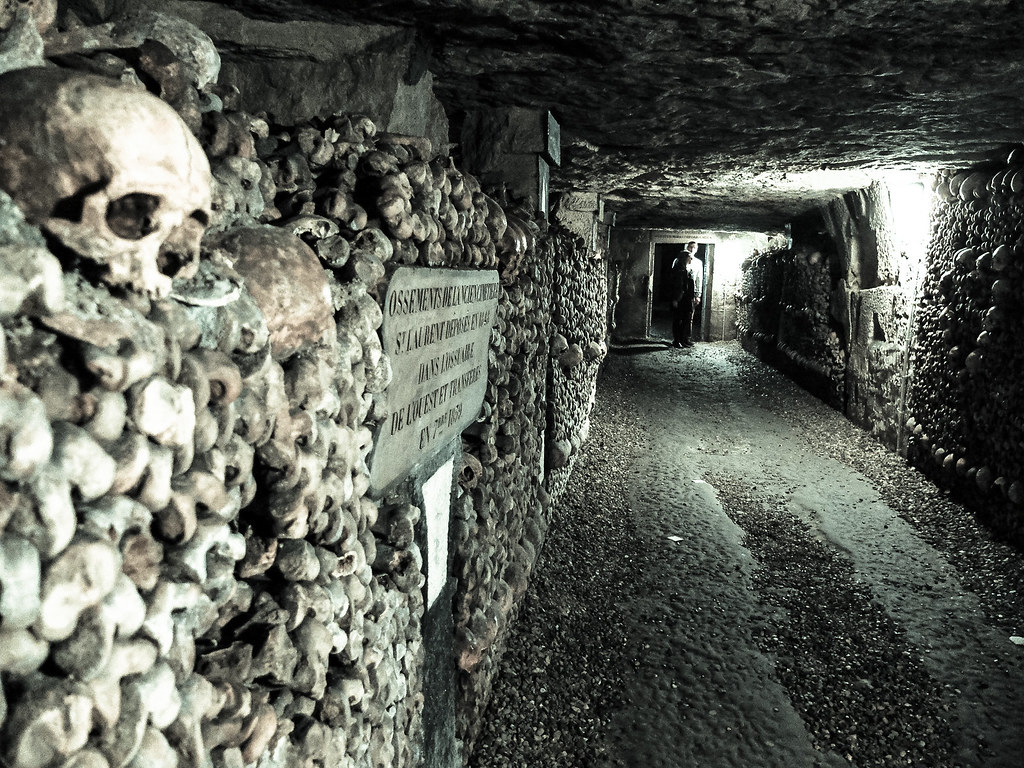 Not an exaggeration to say that visiting the catacombs is not for the faint-hearted, particularly for those who are claustrophobic, has a heart problem and nervous disposition. As I faithfully wait in line for my turn to enter the catacombs, I have seen several visitors who entered only to come out after a few minutes.

Covering a total distance of 2 km with 130 spiral staircase steps to go down and 83 steps to go back up to street level, with a strict control on the number of people that can descend at a given time, there was plenty of moments where I found myself all alone, where on certain occasion I was worried that I will be lost inside the underground city, and if I let my imagination run wild, it is not impossible to be scared of the thought that Jack the Ripper is lurking behind the corner, waiting. 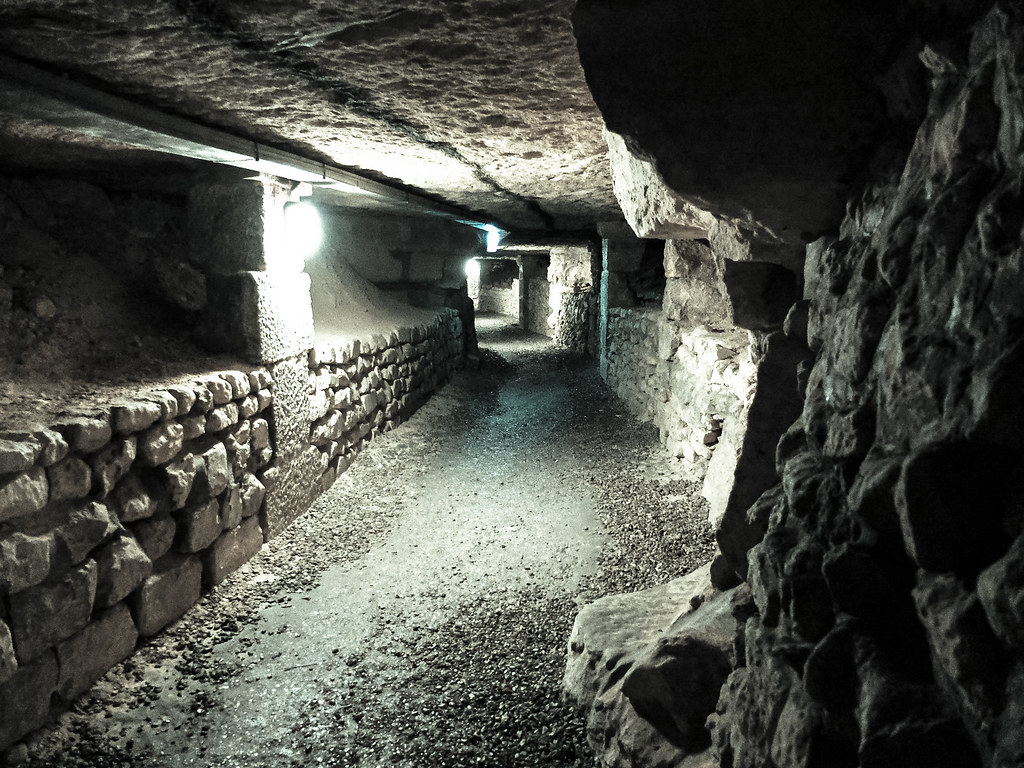 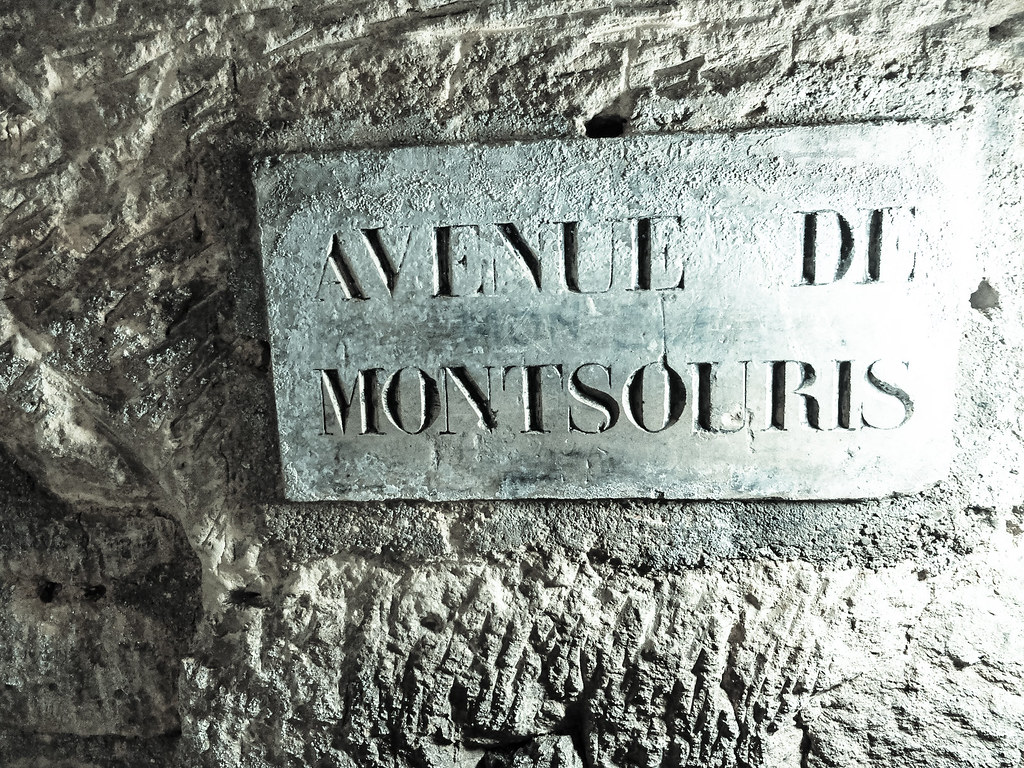 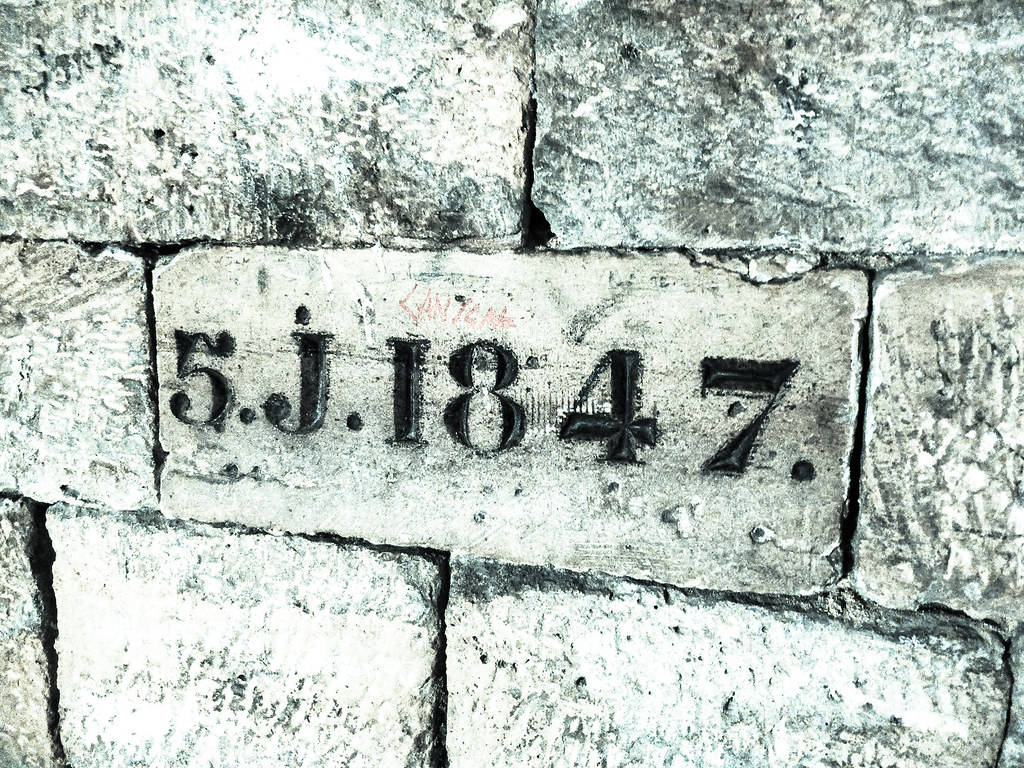 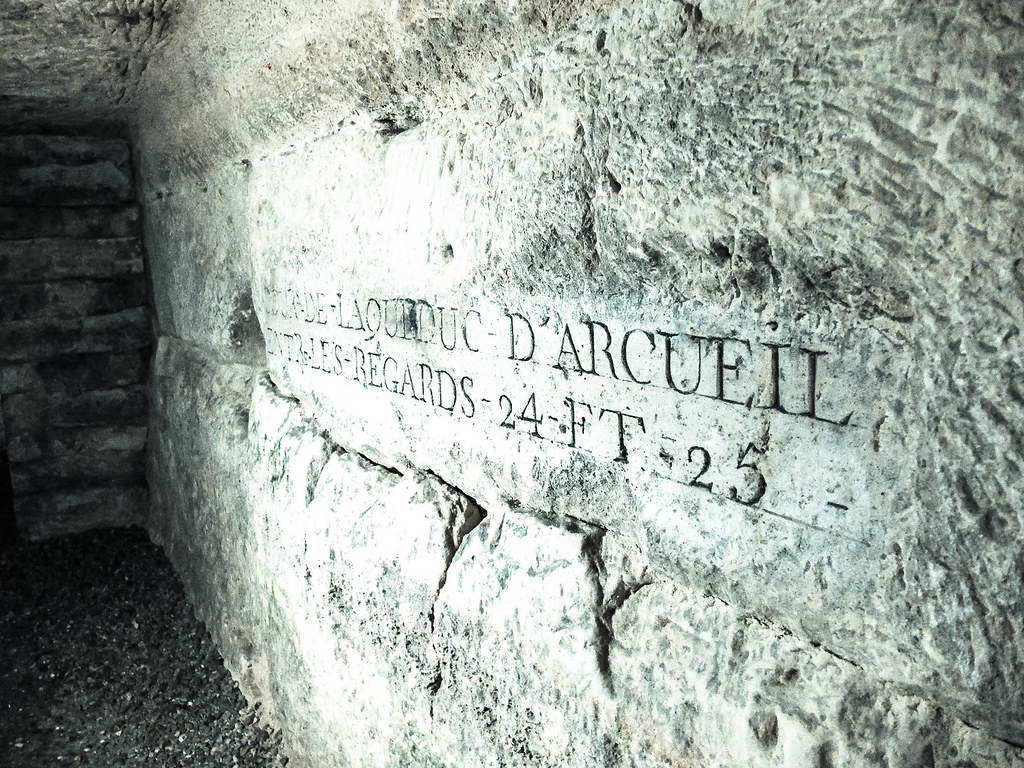 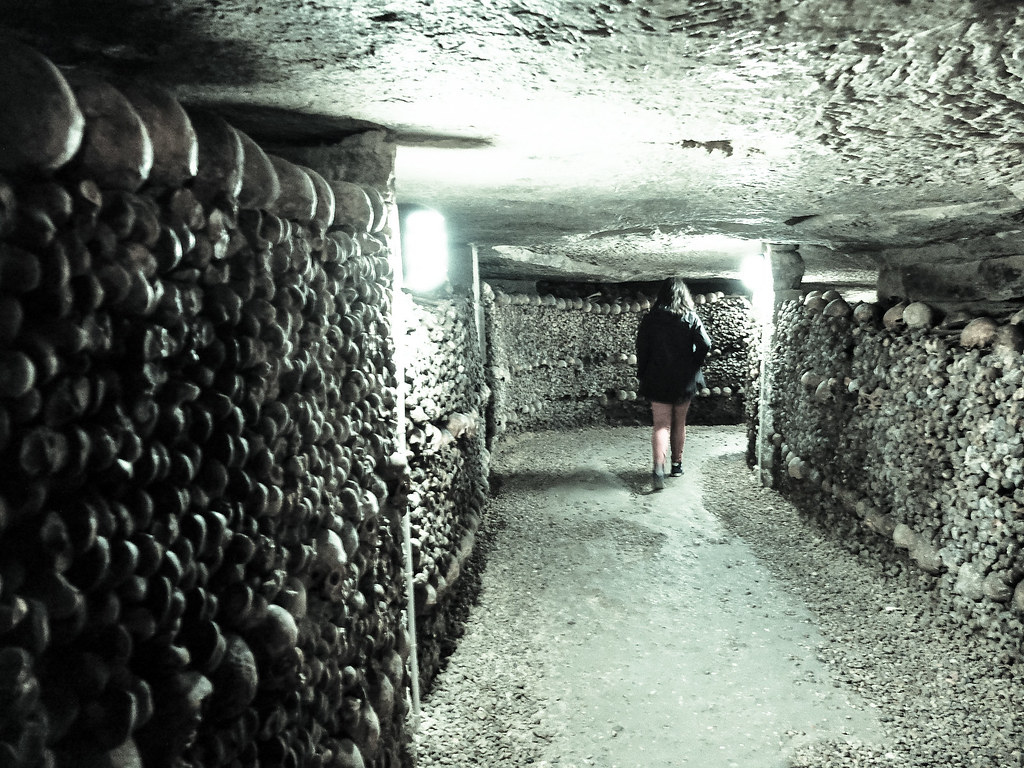 My imagination certainly was not playing tricks with me, indeed someone was waiting in the corner. I almost drop my camera as I turned around startled to find a guy sitting quietly in one spot. They are the museum staff whose job is to ensure that visitors will behave accordingly, particularly after reported vandalism and numerous attempts of looting of skulls and bones.

Skulls and bones, layers and layers of them, stacked above one another, with some neatly arranged in a circle or shape of a heart, these combined with eerie silence, cool temperature and street names marking an underground version of the city summing up into one unique experience. 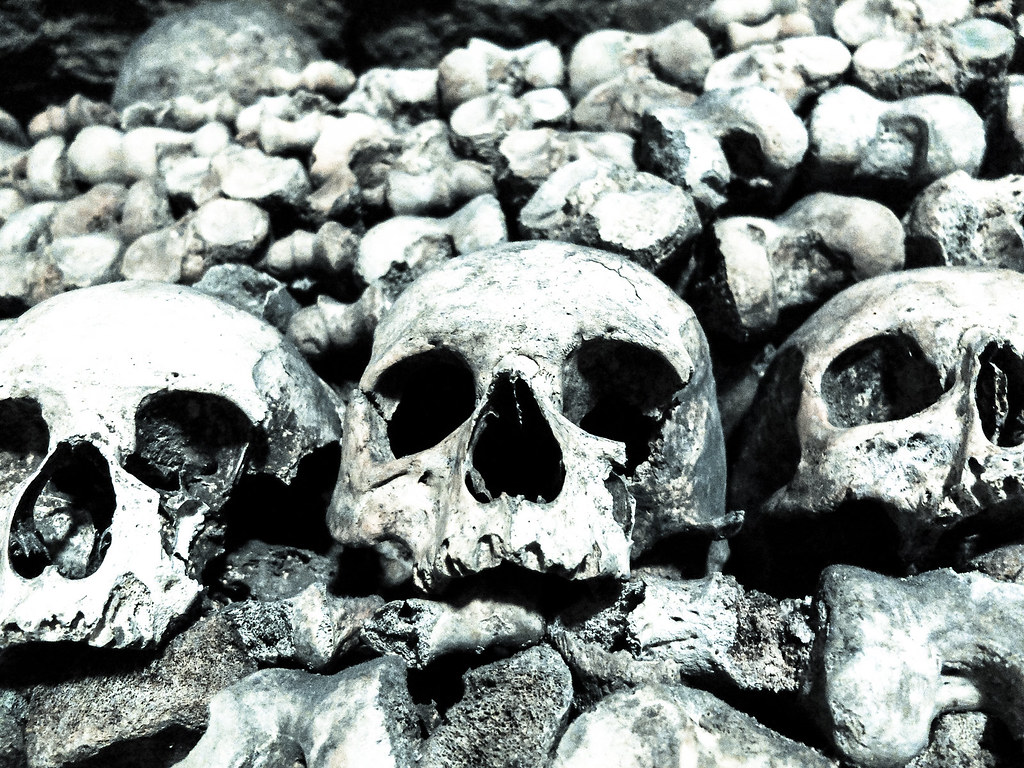 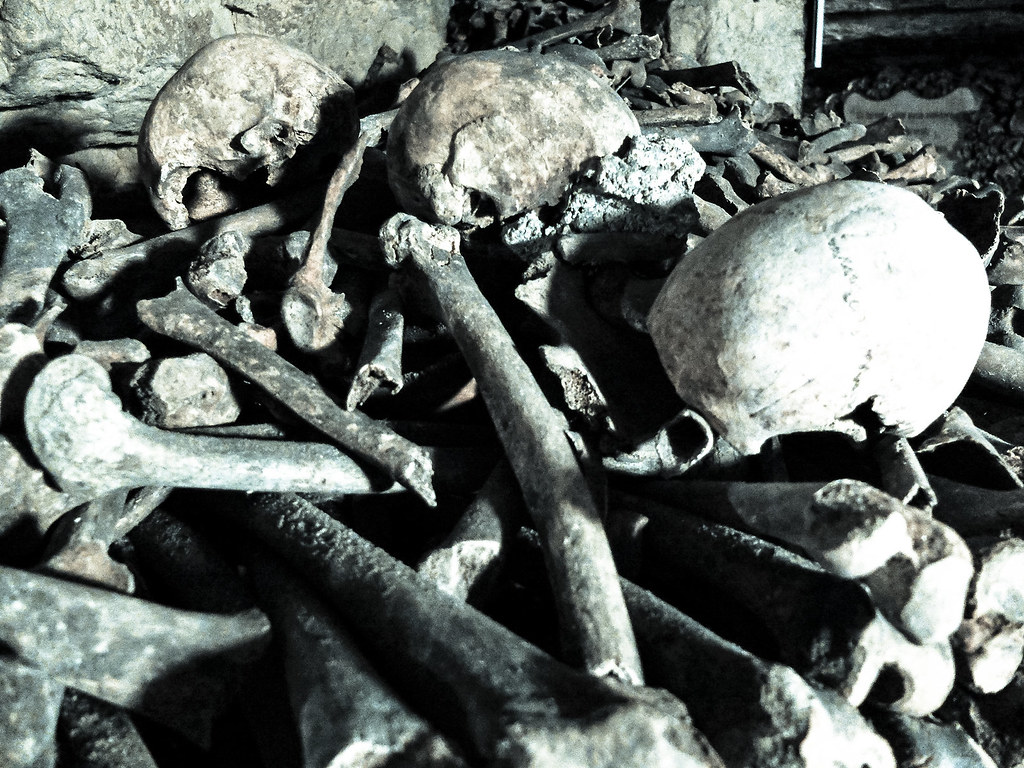 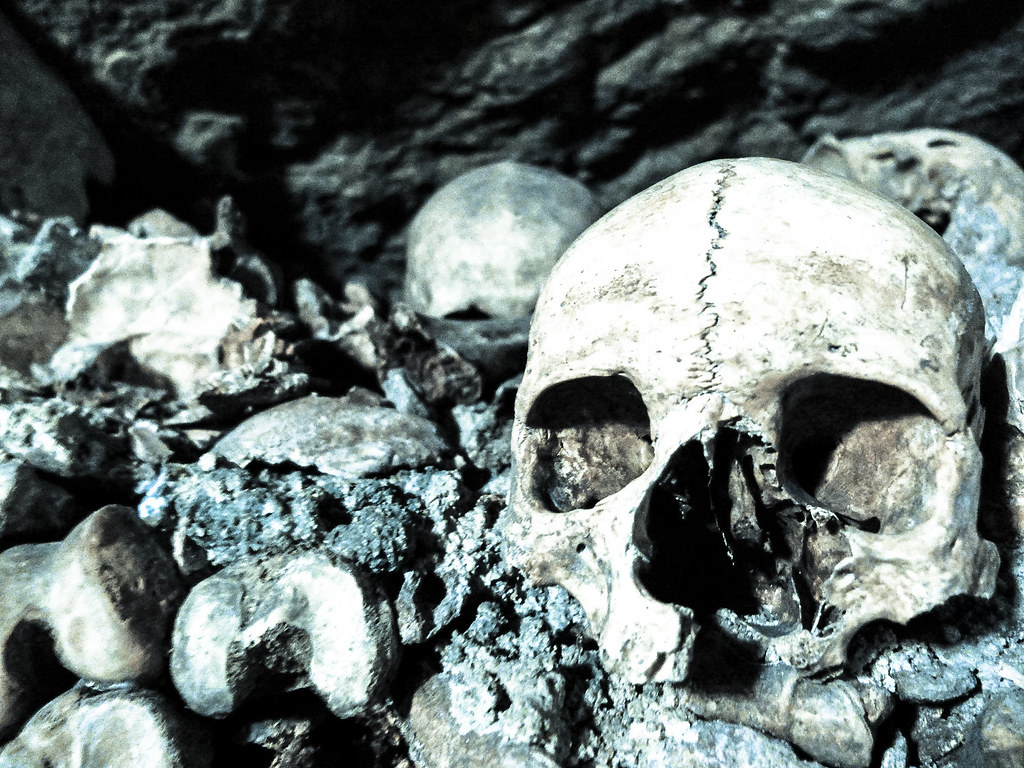 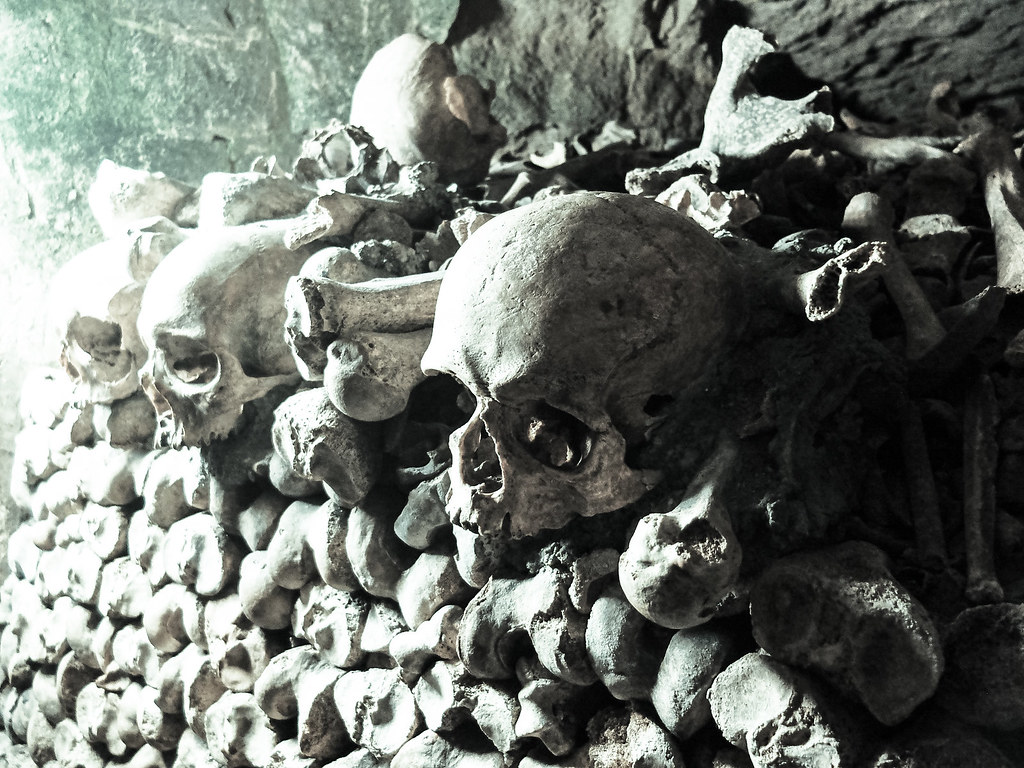 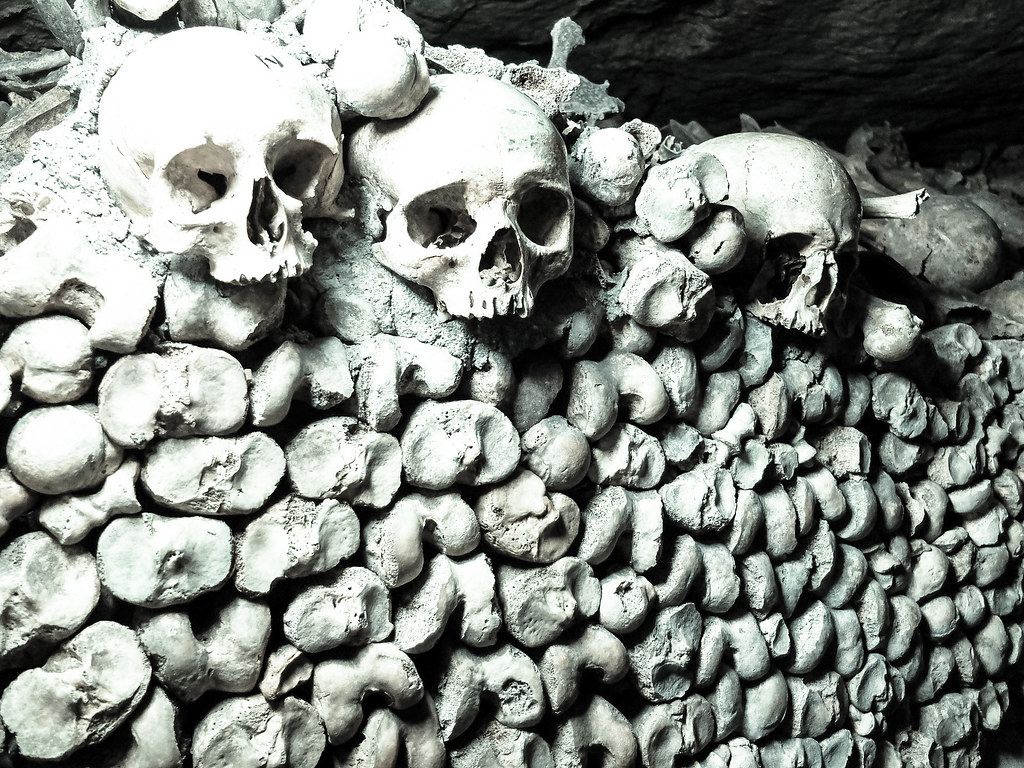 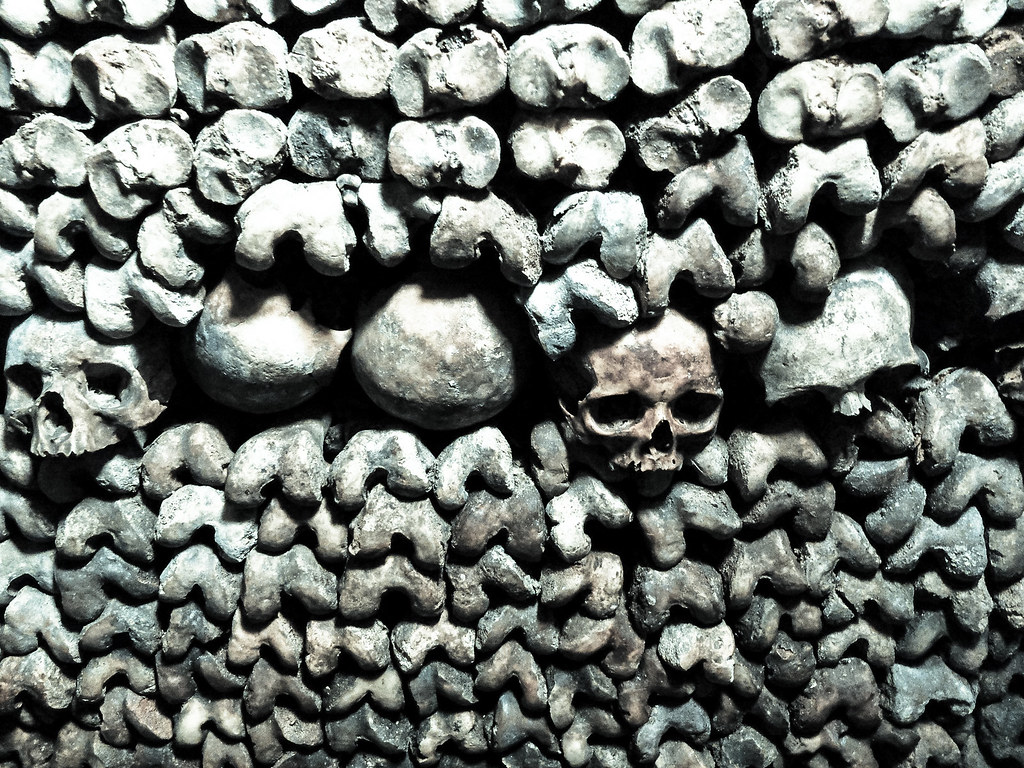 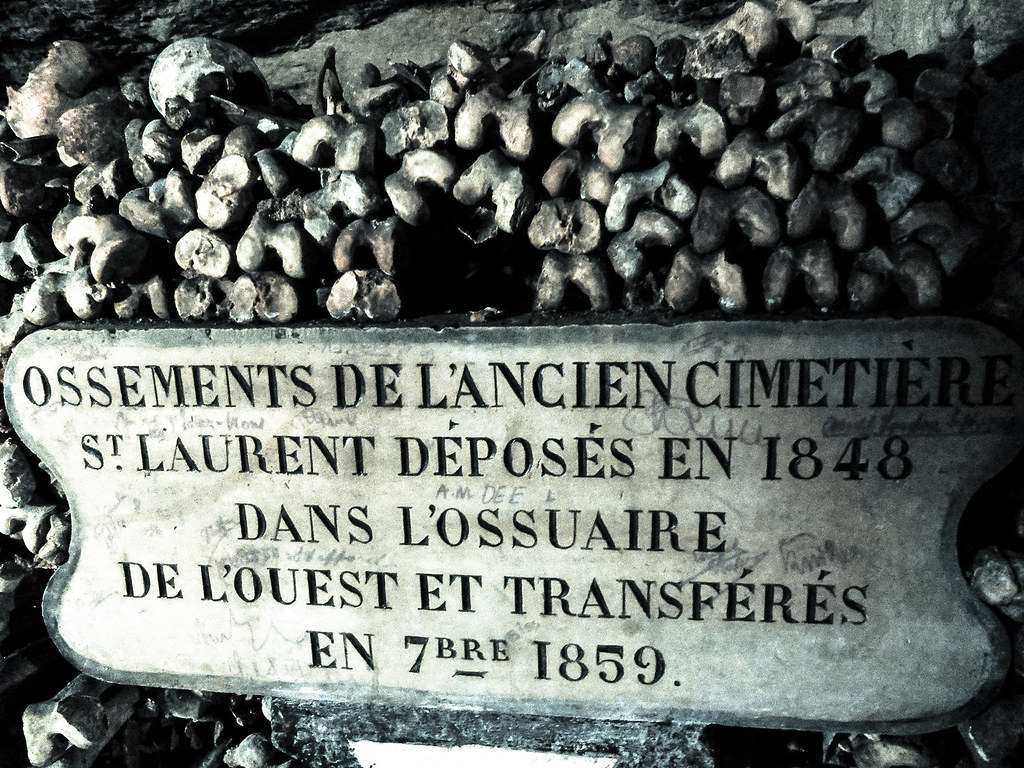 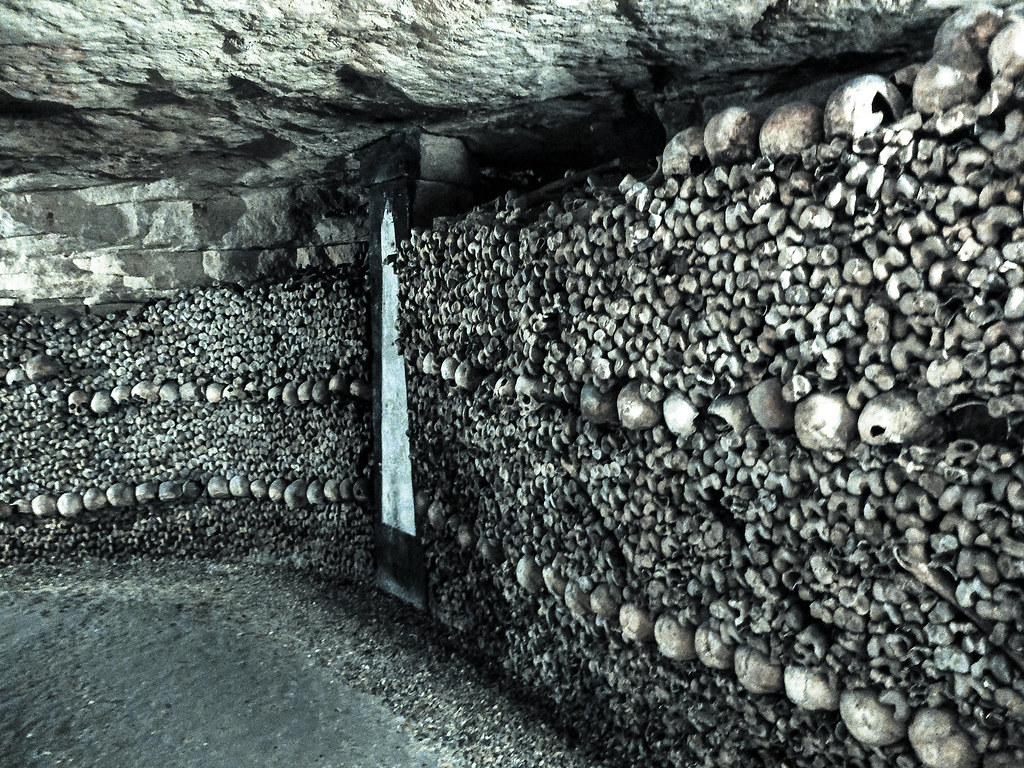 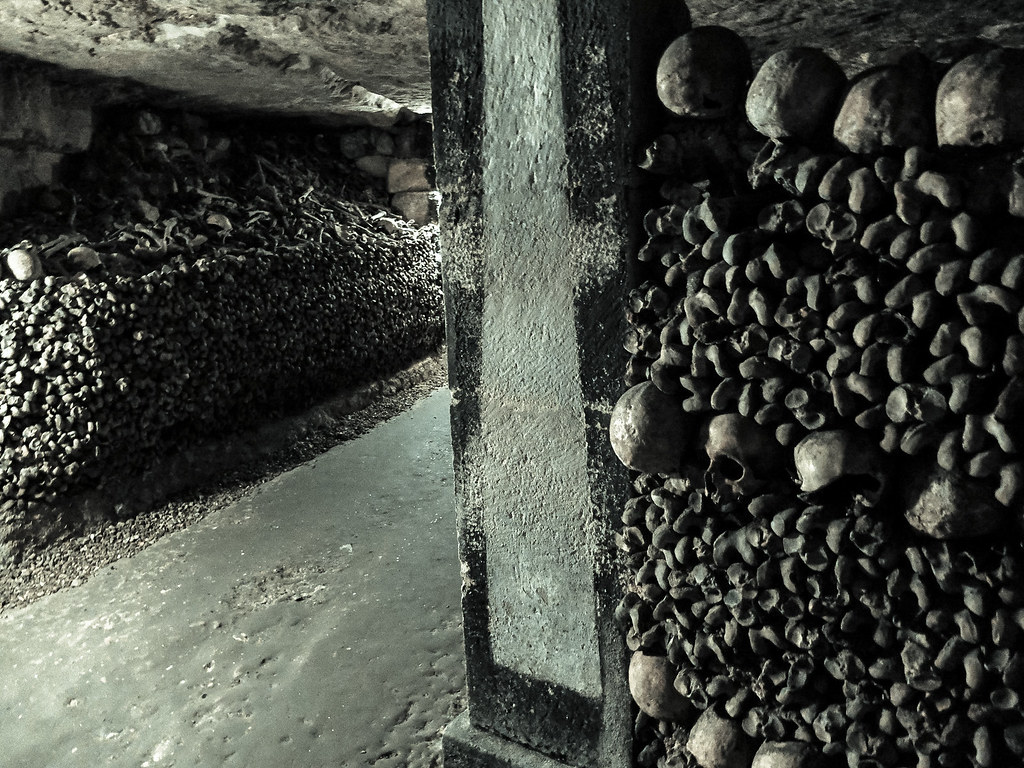 After a while all the skulls and bones became too overwhelming, like many others I started to search for the exit. 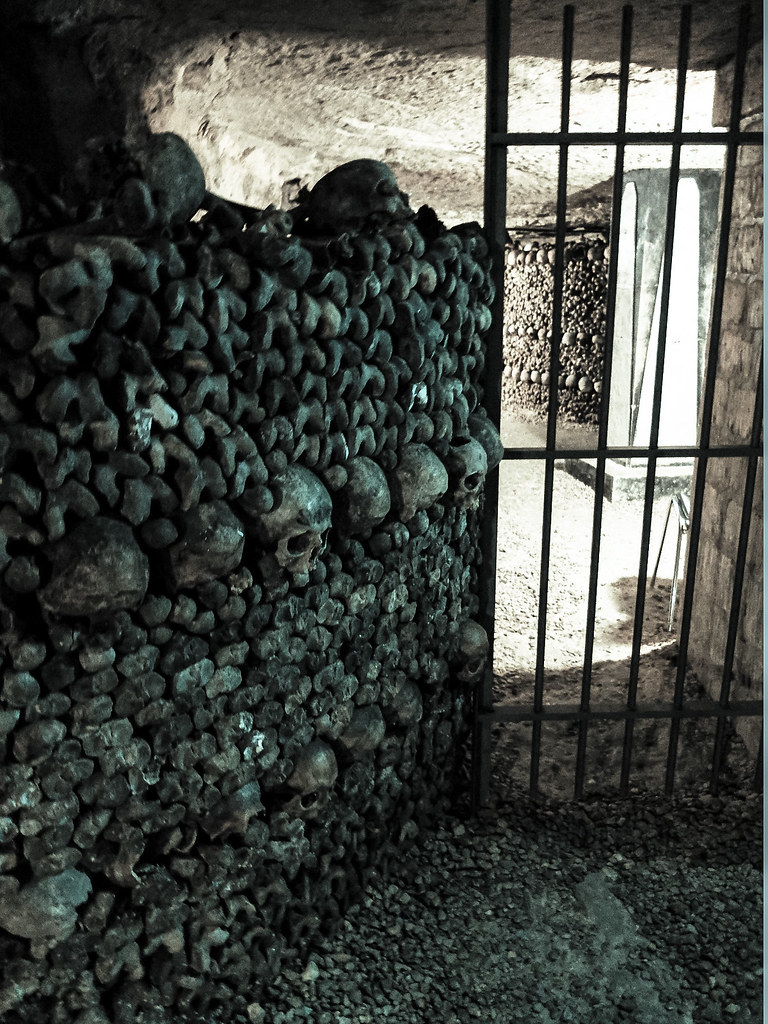 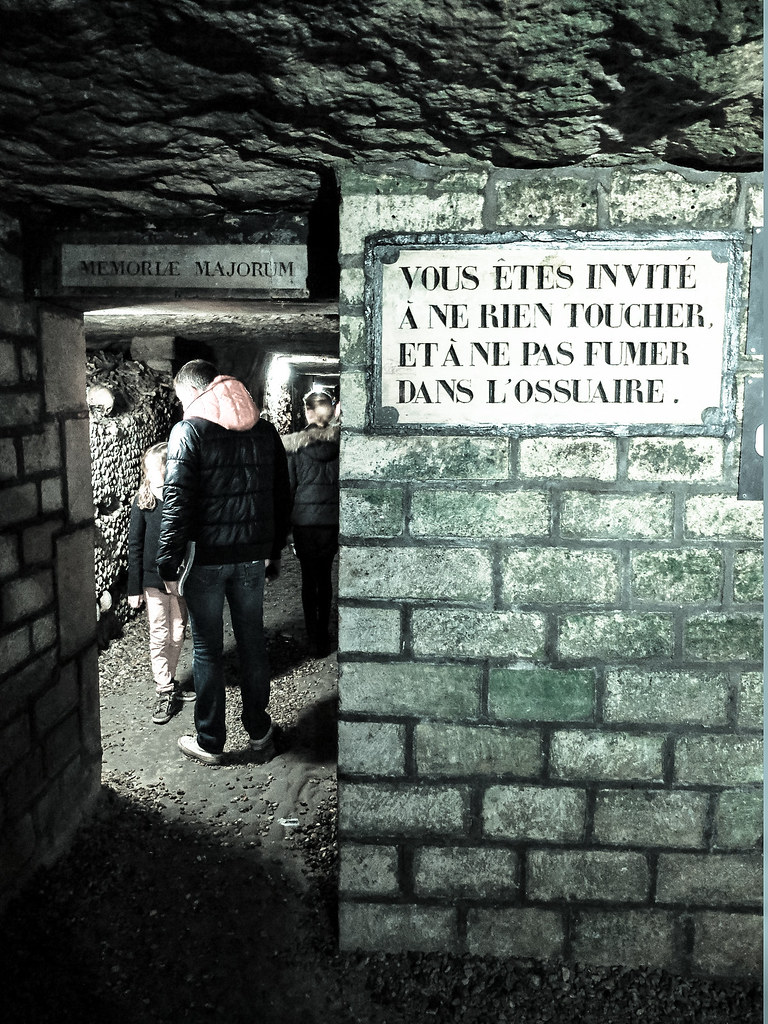 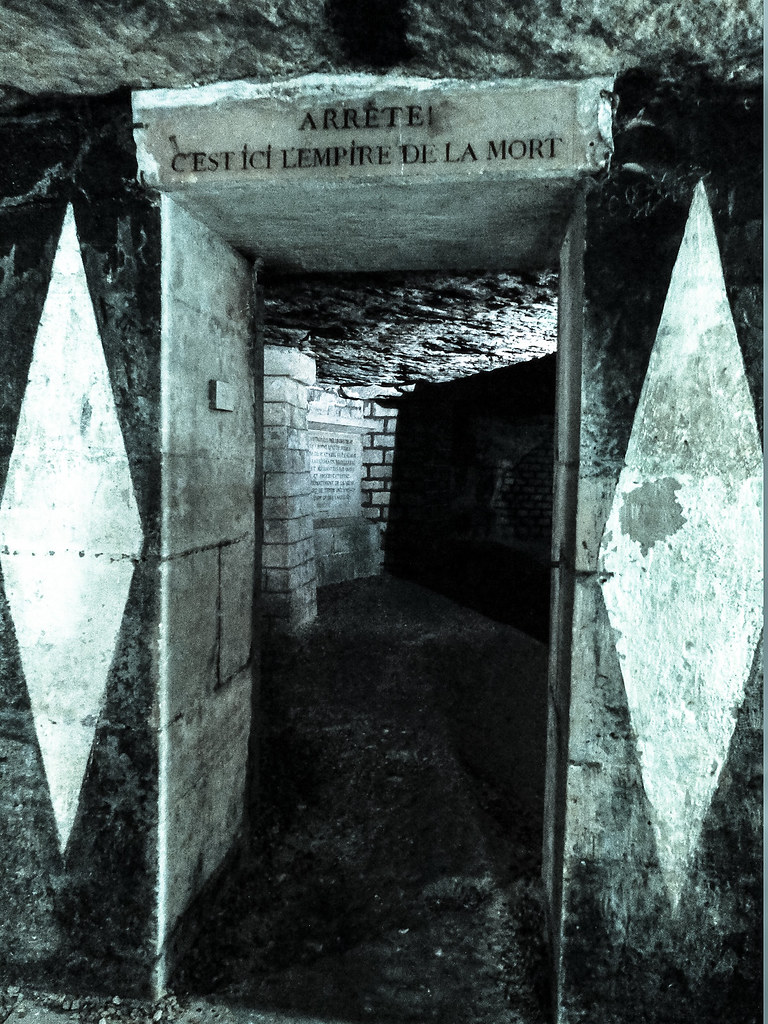 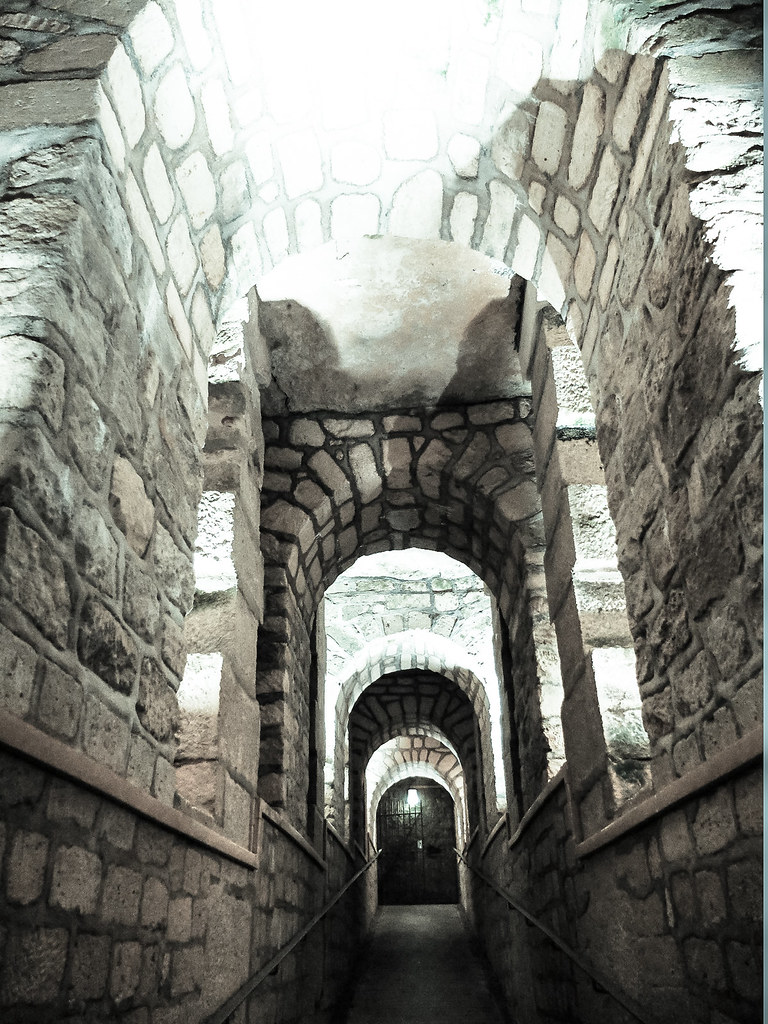 Upon existing the catacombs and ending up on a different street, I lingered for a while outside while trying to figure out the way back to the train station. I watched the people exiting the catacombs and their reactions- with some look relieved and thankful for the outside light, with some seemingly tired and thirsty, while others are just fascinated and can’t stop talking, but one thing is guaranteed, The Catacombs is one of Paris best. 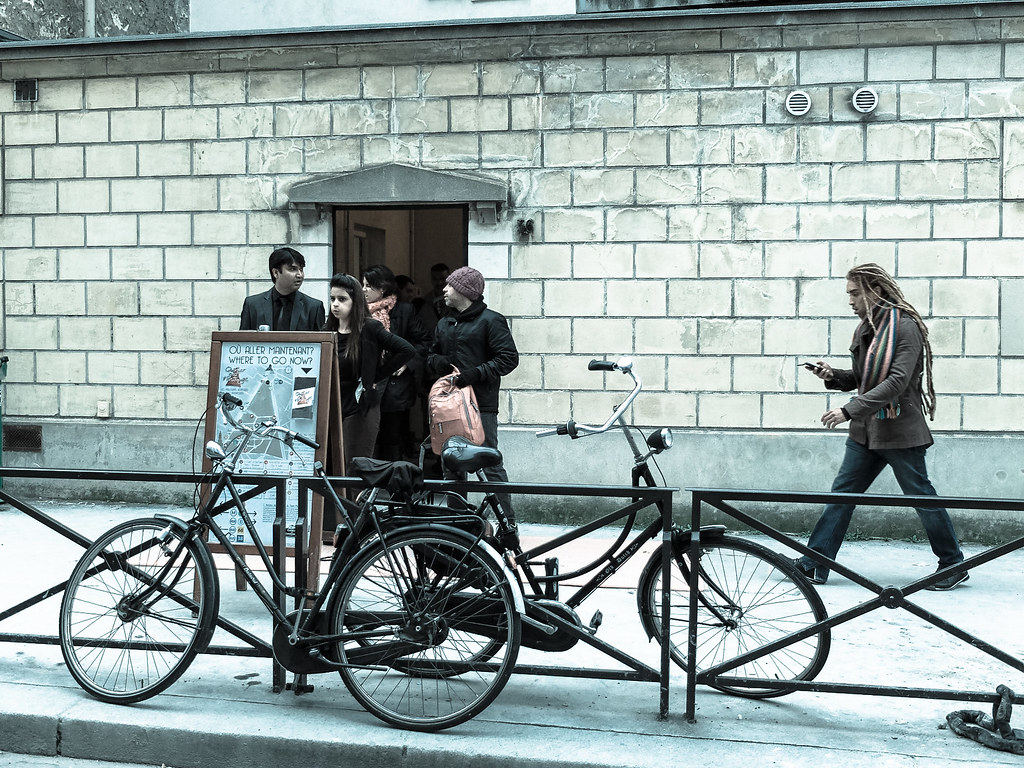