The birthplace of Gaston Leroux’s 1910 classic novel “Le Fantôme de l’Opéra” (The Phantom of the Opera), Palais Garnier or the Paris Opera House provided more than the story location but set an ambiance of elegance and mystery, of which from time to time begs to consider if the story of the “The Panthom” Erik was indeed true. 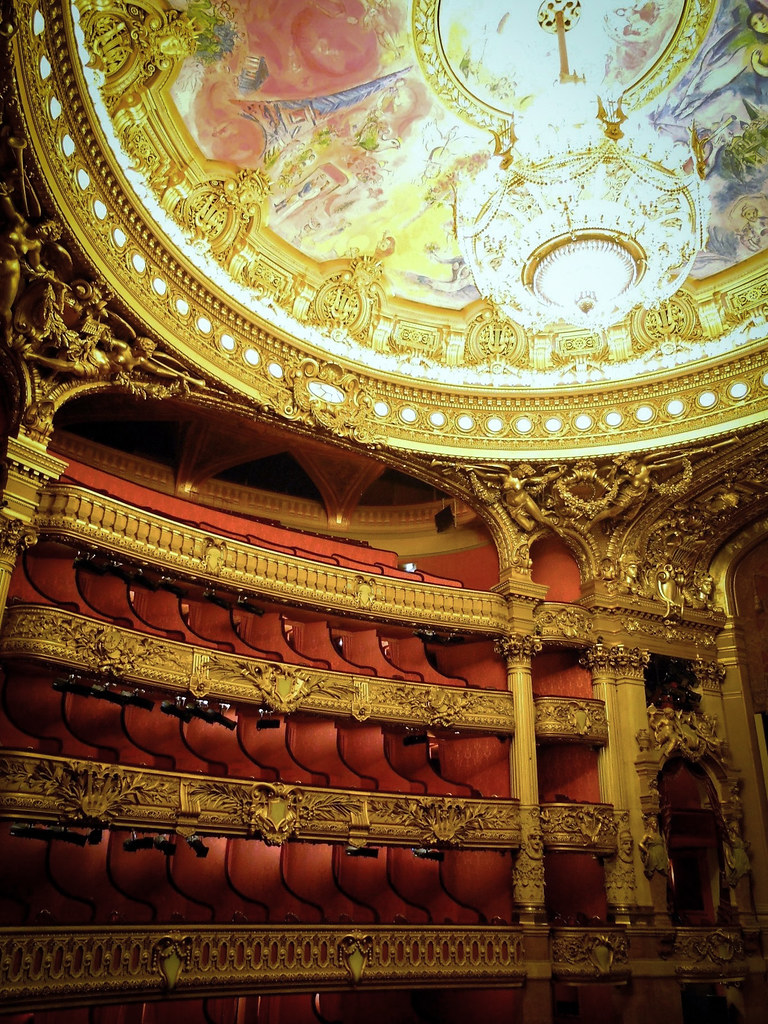 A 2,013 ornate seat opera house designed by architect Charles Garnier, though a usual visit does not include access to the underground lake, stepping inside the Palais Garnier with its slightly dim light, heavy curtains, dazzling chandeliers and the predominant gold plated color is synonymous to understanding as to why this Opera House is described as one of Paris unquestionable masterpieces. 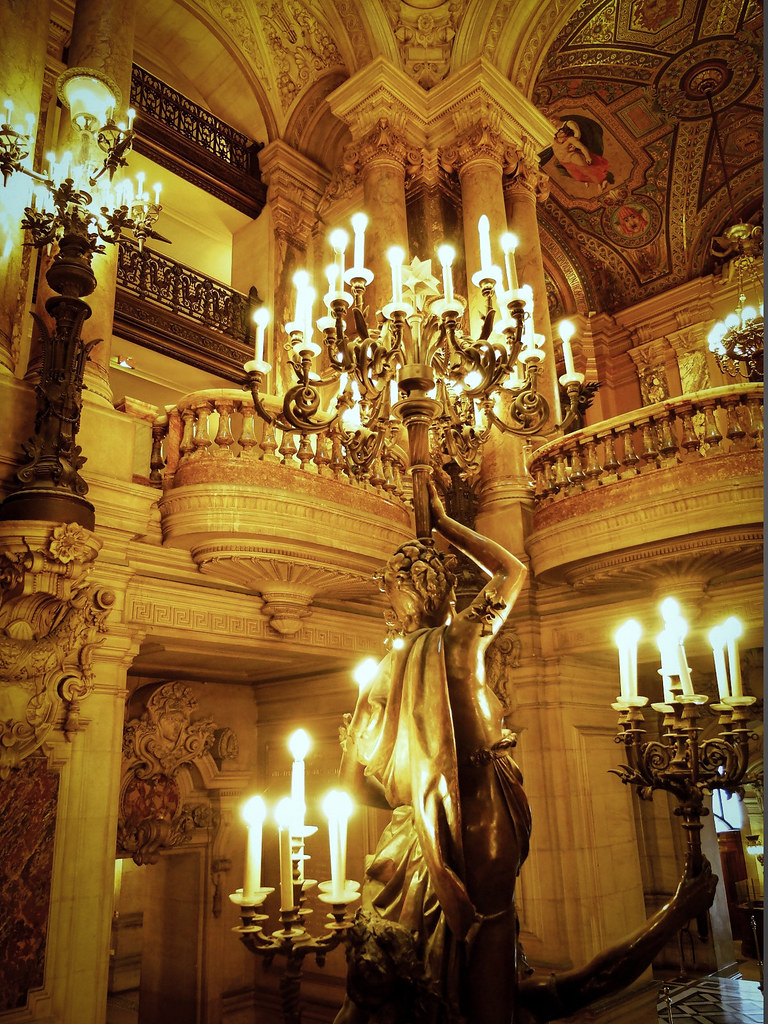 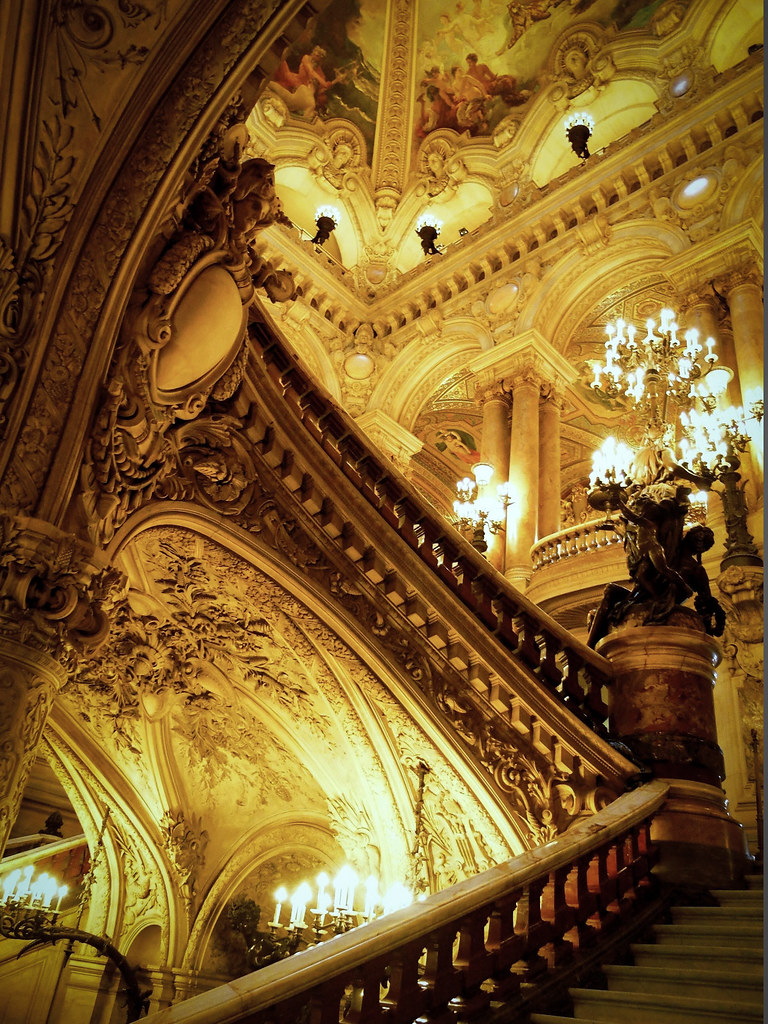 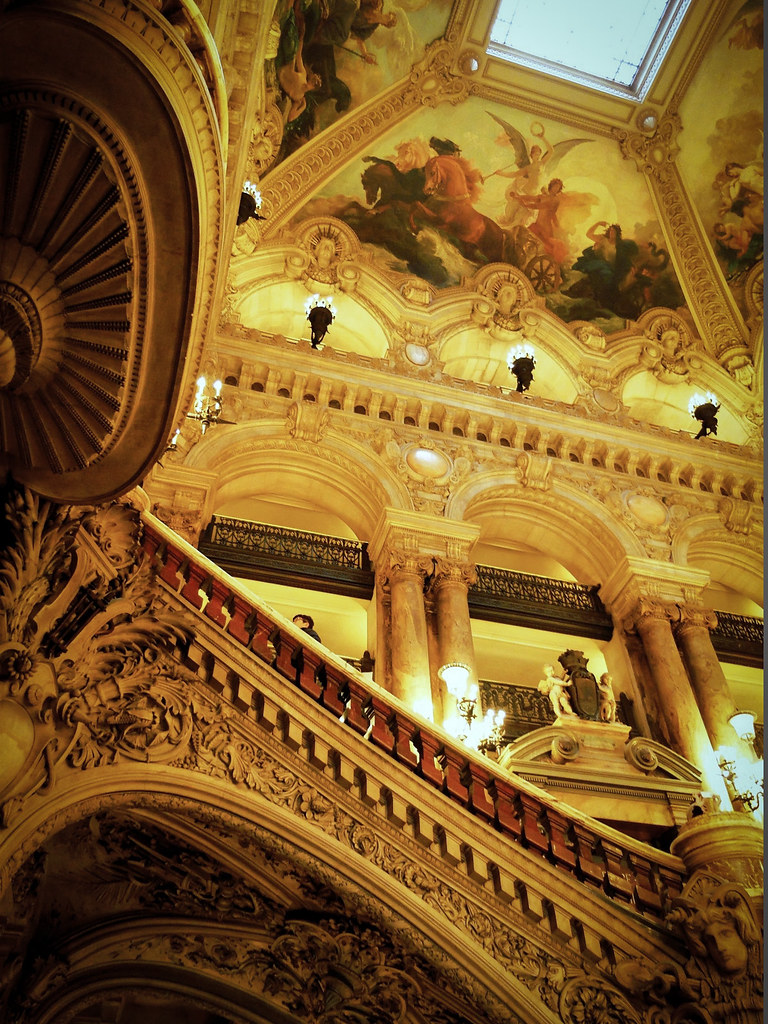 The Opera utmost pride is The Grand Staircase, which the Architect Garnier has described as a theater itself, where on each level every opera-goers can socialize and admire one another prior the performance.

Lightly dim and divided into two flights, the Grand Staircase decorated with statues of female torchieres while the ceilings are painted with Isidore Pills work. 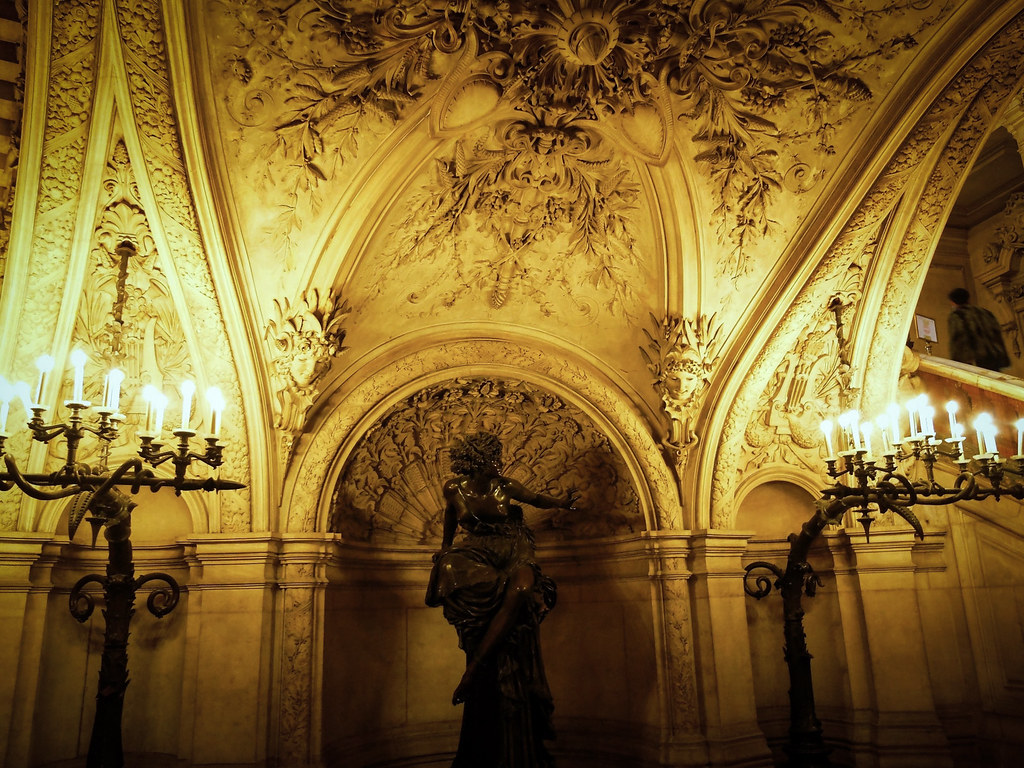 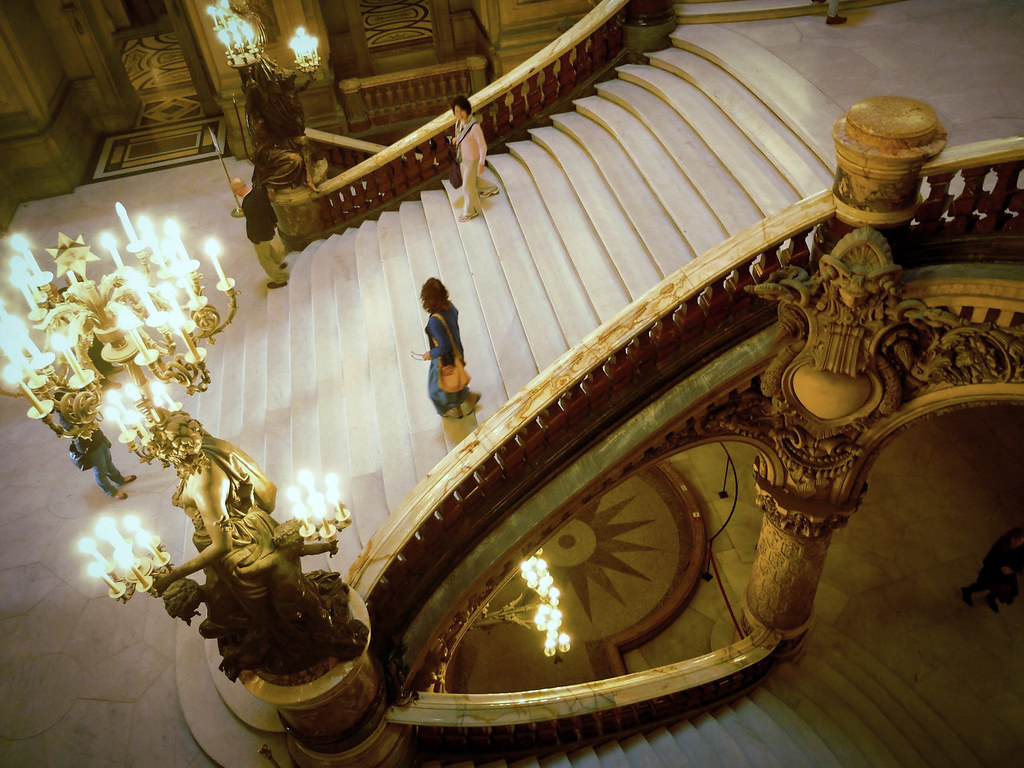 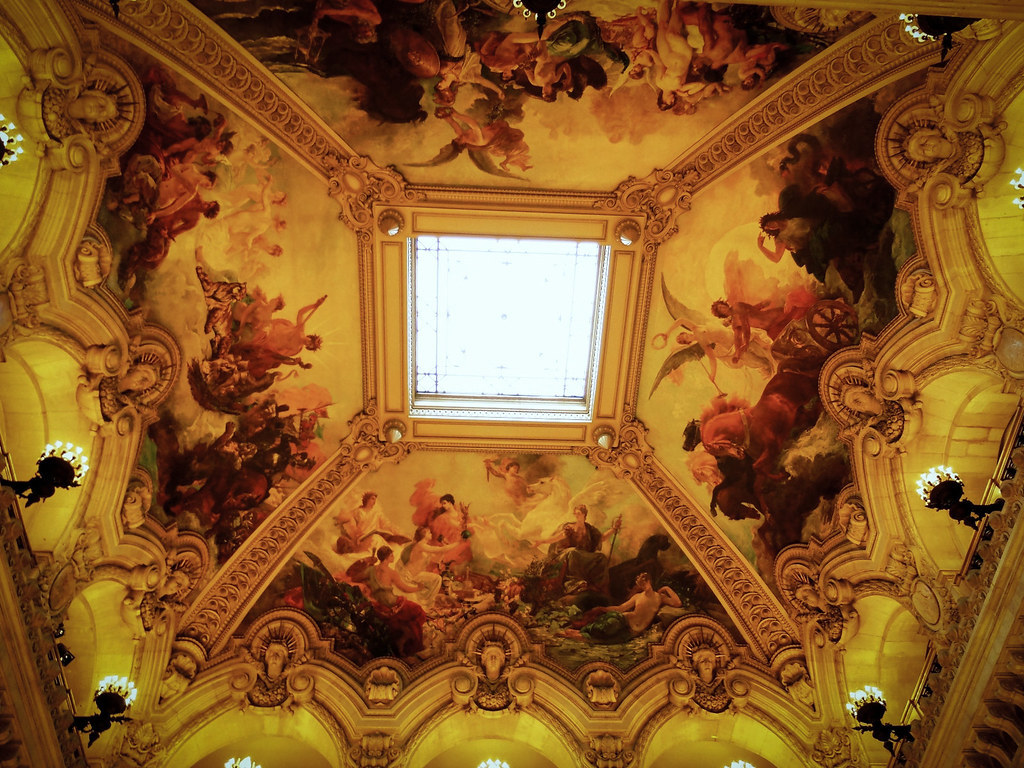 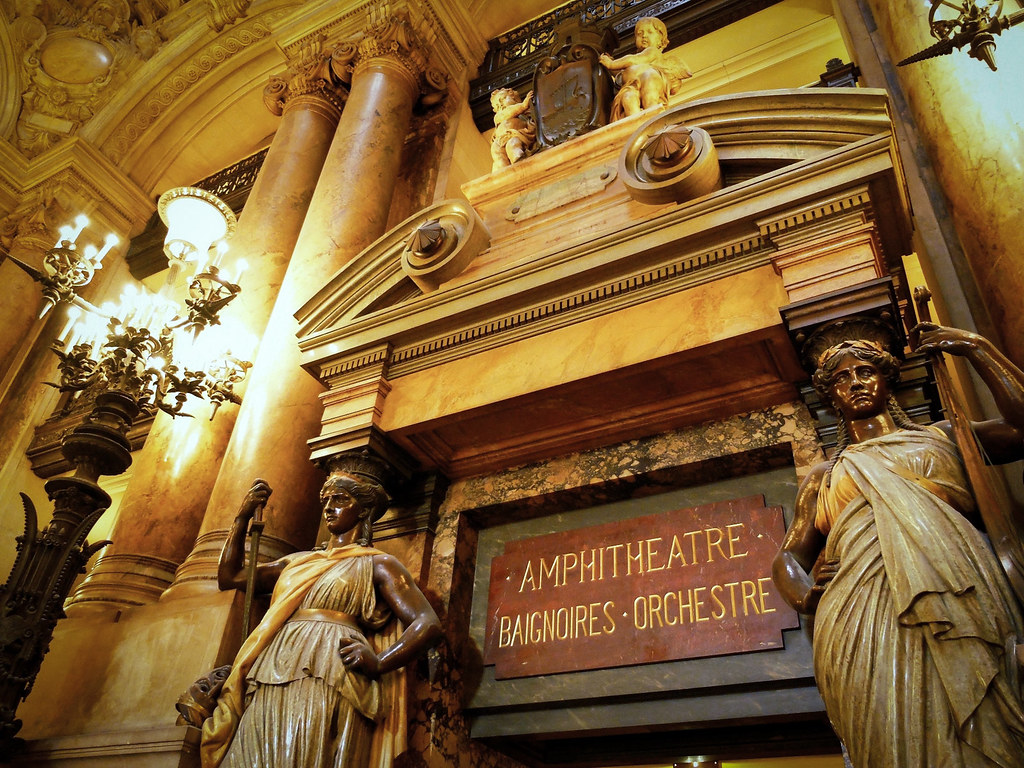 “Like a big, beautiful room”, is how Garnier describe The Opera House Grand Foyer. 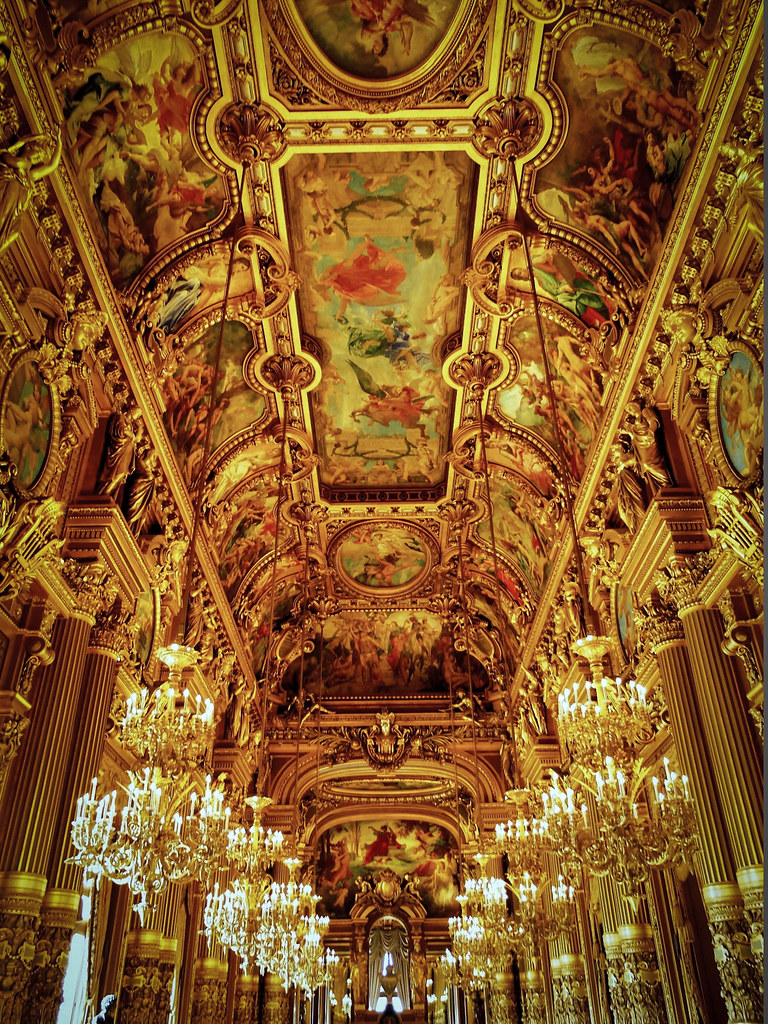 With opposing walls covered with mirror, with the ceiling painted ala Sistine Chapel by Paul-Jacques-Aimé Baudry, the rows of small chandeliers and the natural light coming from the outside balcony, the Grand Foyer represents everything rich and elegant associated to a high class society function such as attending a grand ball at the Opera House. 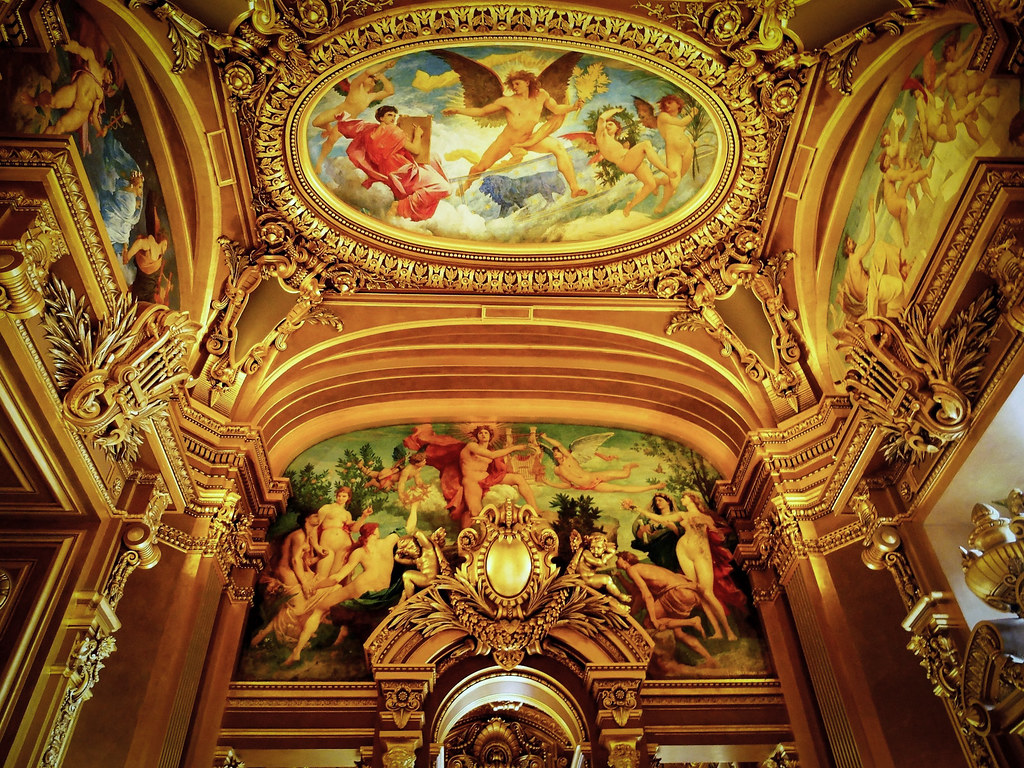 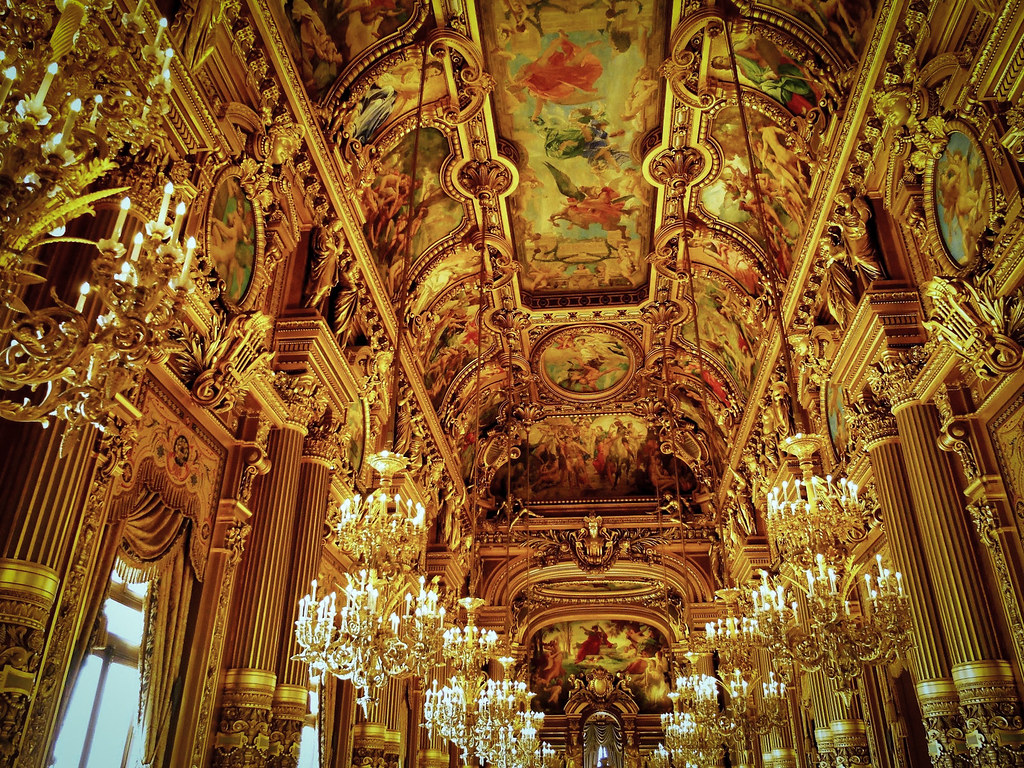 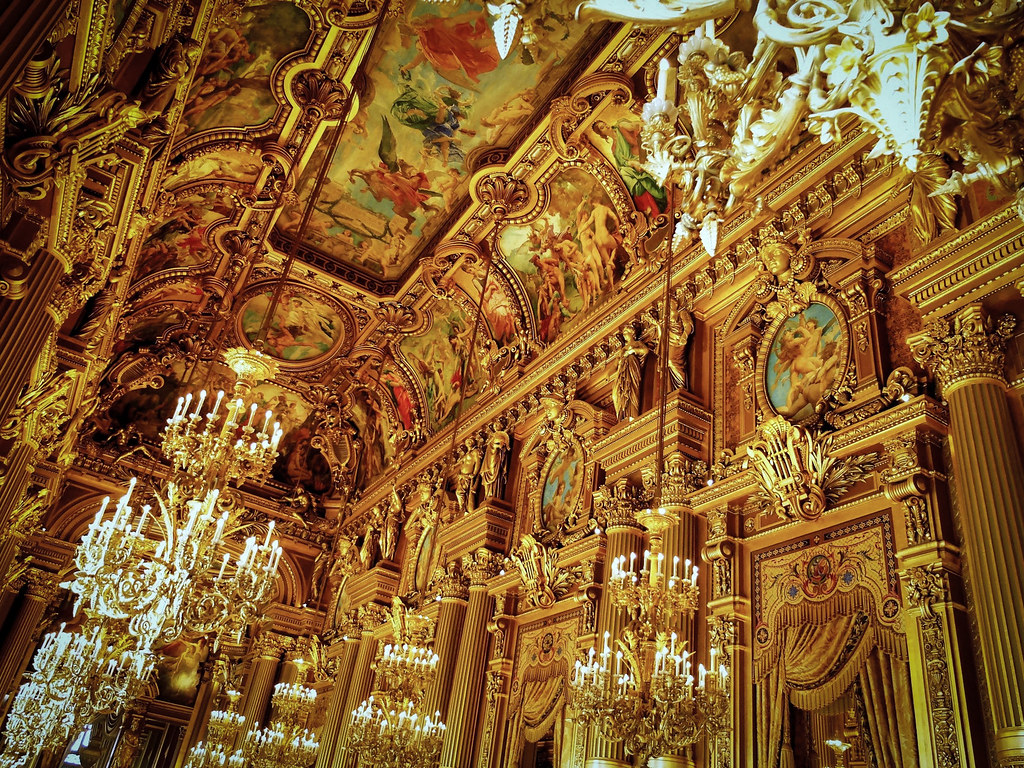 Though the Grand Foyer, The Grand Staircase and the smaller rooms and salons are all thing of beauty, there is nothing comparable than seeing the inside the five level Auditorium, the place to see and be seen indeed. 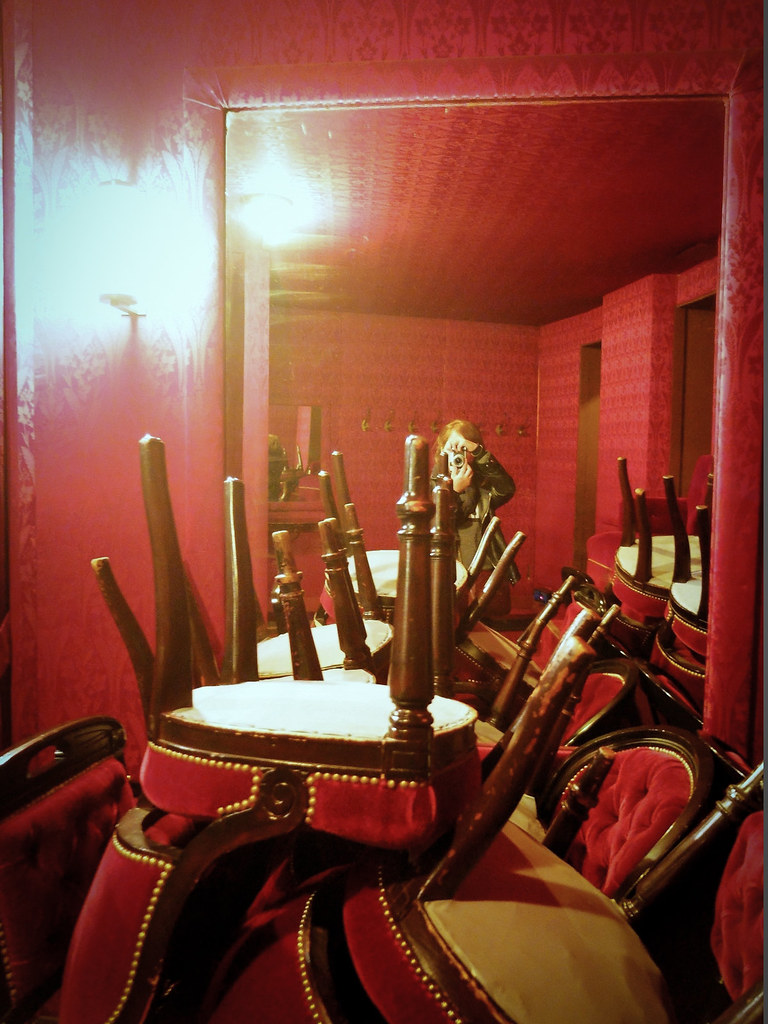 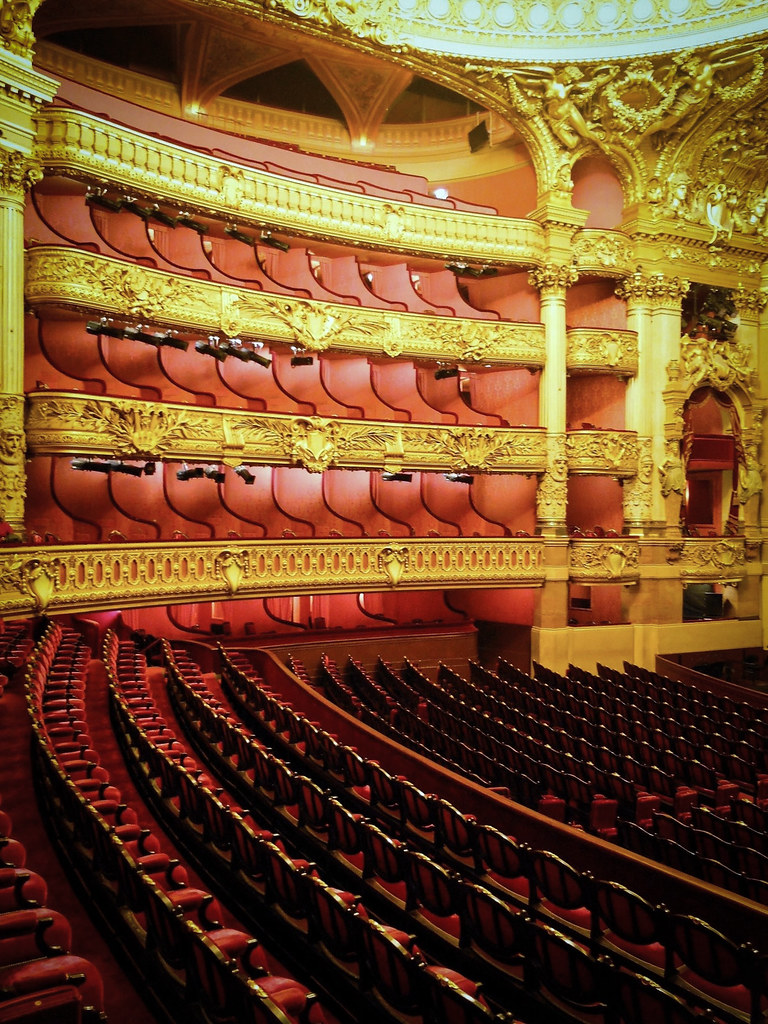 At the middle of the Auditorium is a ceiling area painted by Marc Chagall, with varying color paying tribute to great musical geniuses and their works. Hanging from the ceiling is the fairest chandelier of all- a 7-ton bronze and crystal chandelier commissioned by the creator of Opera house himself. 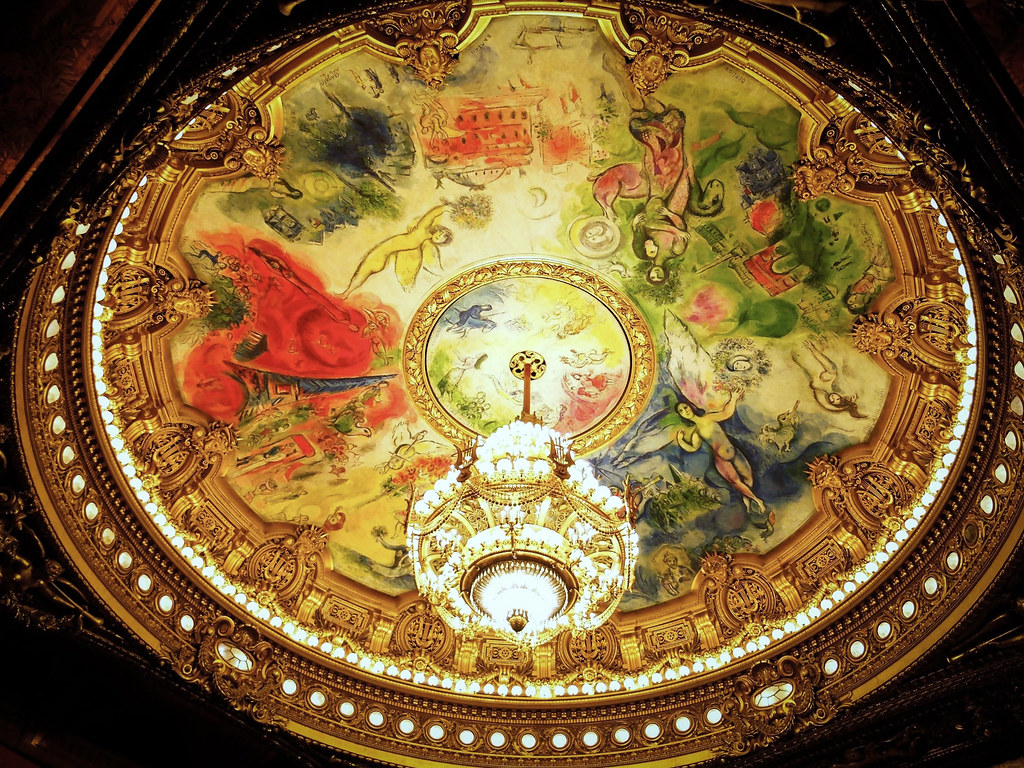 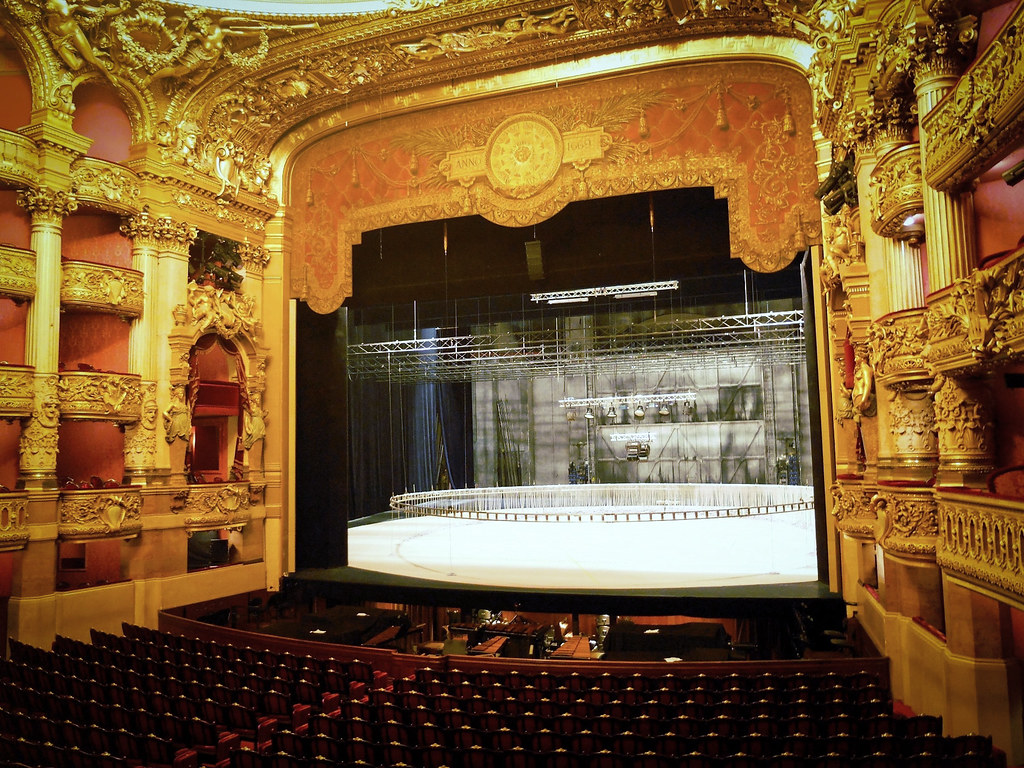 The exterior of Palais Garnier is quite remarkable as well, particularly when you are coming from the underground Opera Metro station, and as you slowly climb the stairs upwards, there is the magnificent Palais Garnier waiting to be admire. 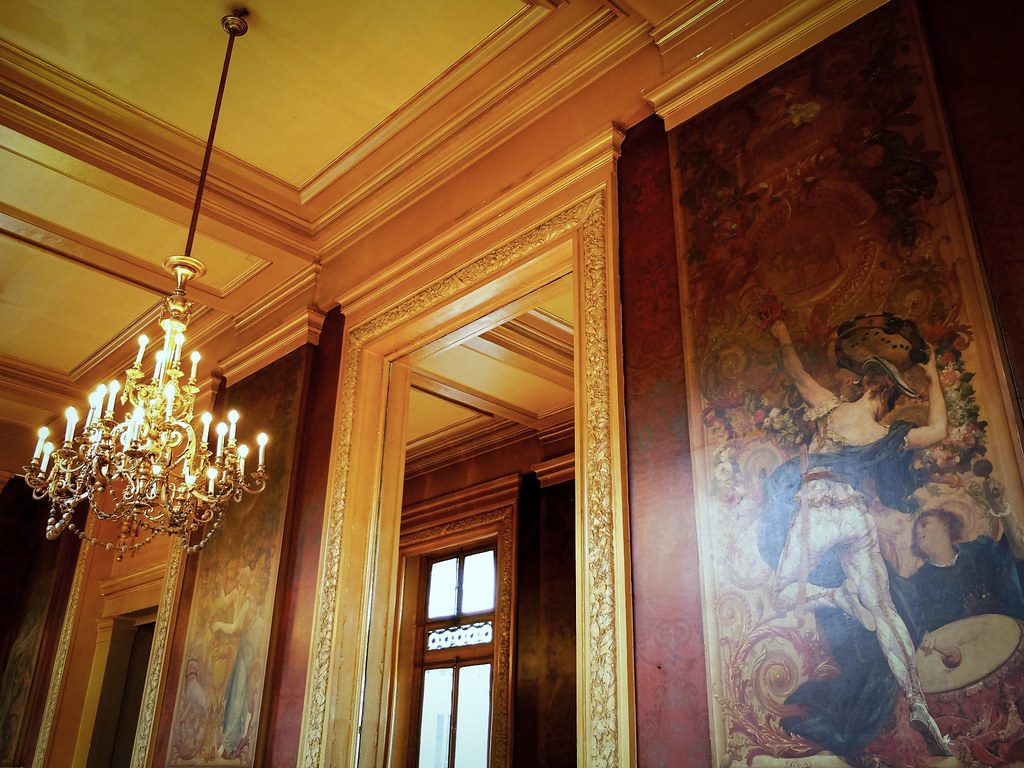 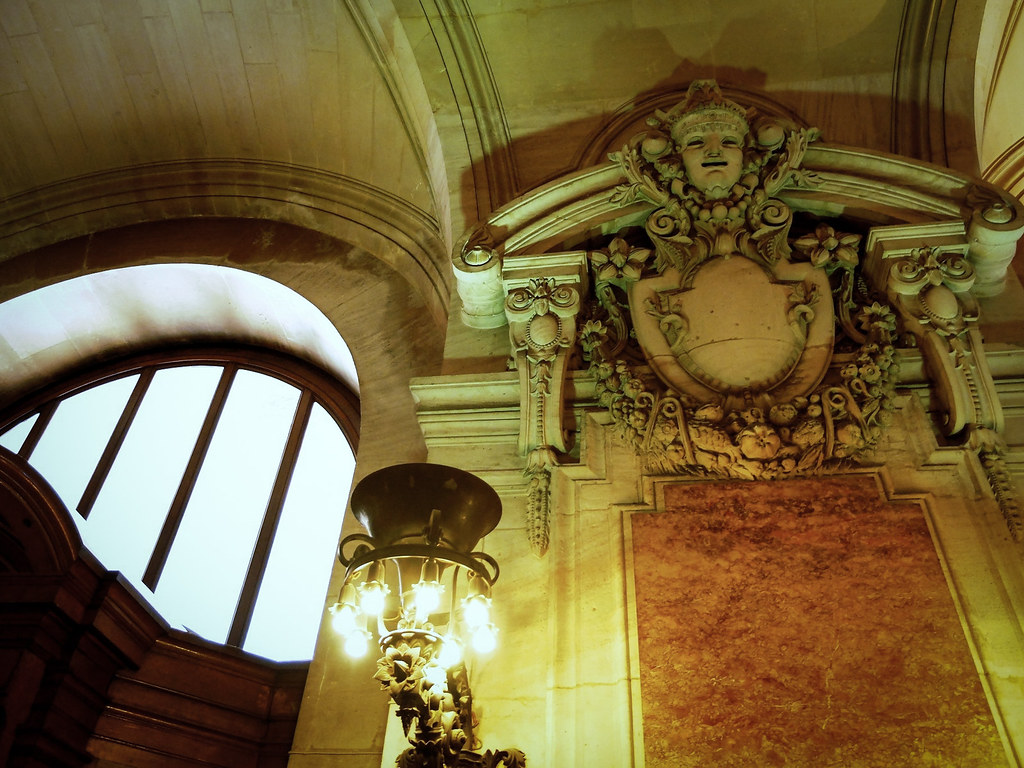 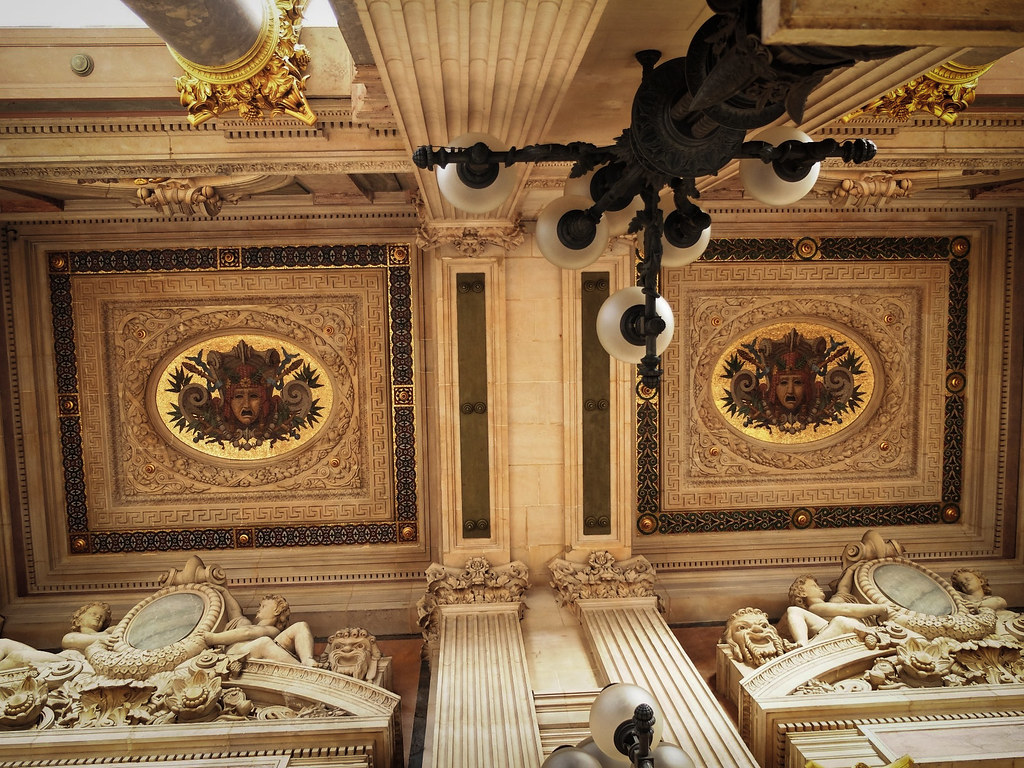 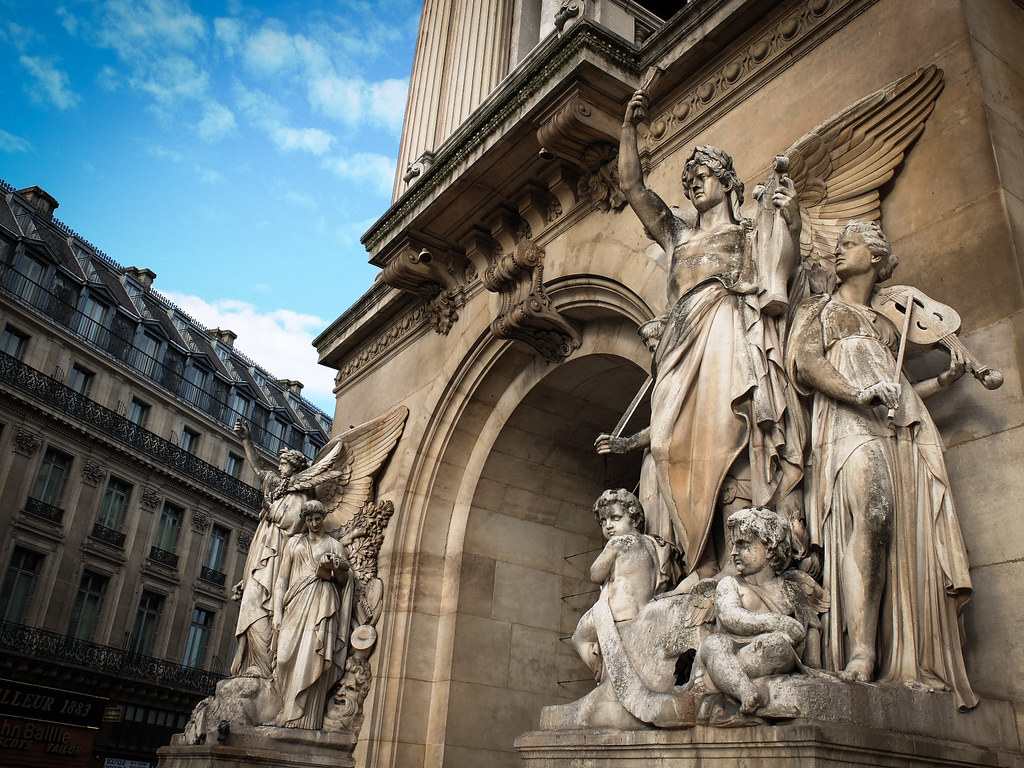 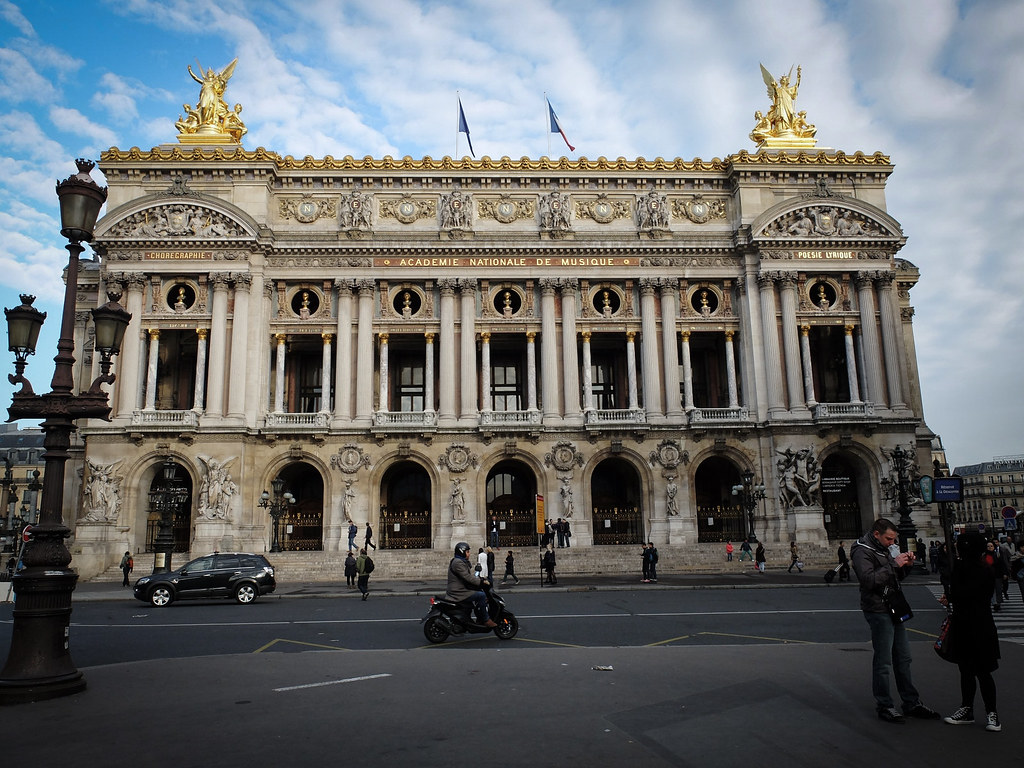