The largest if not the grandest of the five palaces in Seoul, the Gyeongbokgung Palace is considered as the first royal palace of the Joseon Dynasty.

Located at the furthest northern part of the city, thus earning the name Gyeongbokgung, this palace was voted as one of the most scenic location in the whole Seoul despite suffering from massive destruction during the Imjinwaeran War(Japanese Invasion, 1592-1598), however masterfully restored during the reign of King Gojon. 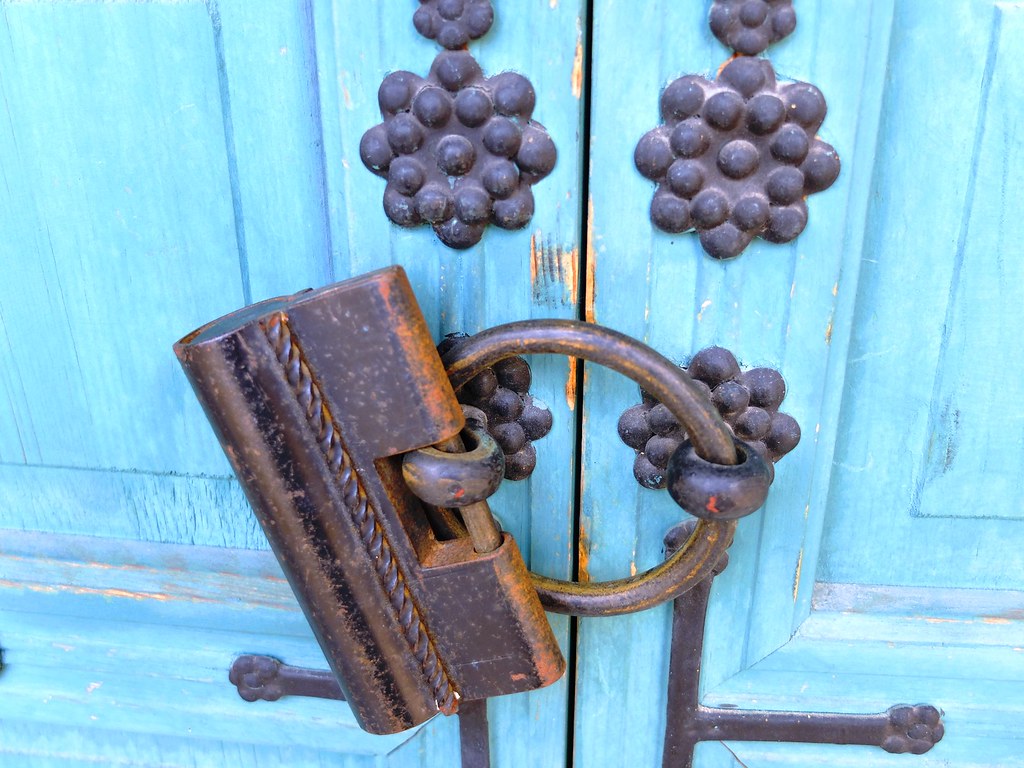 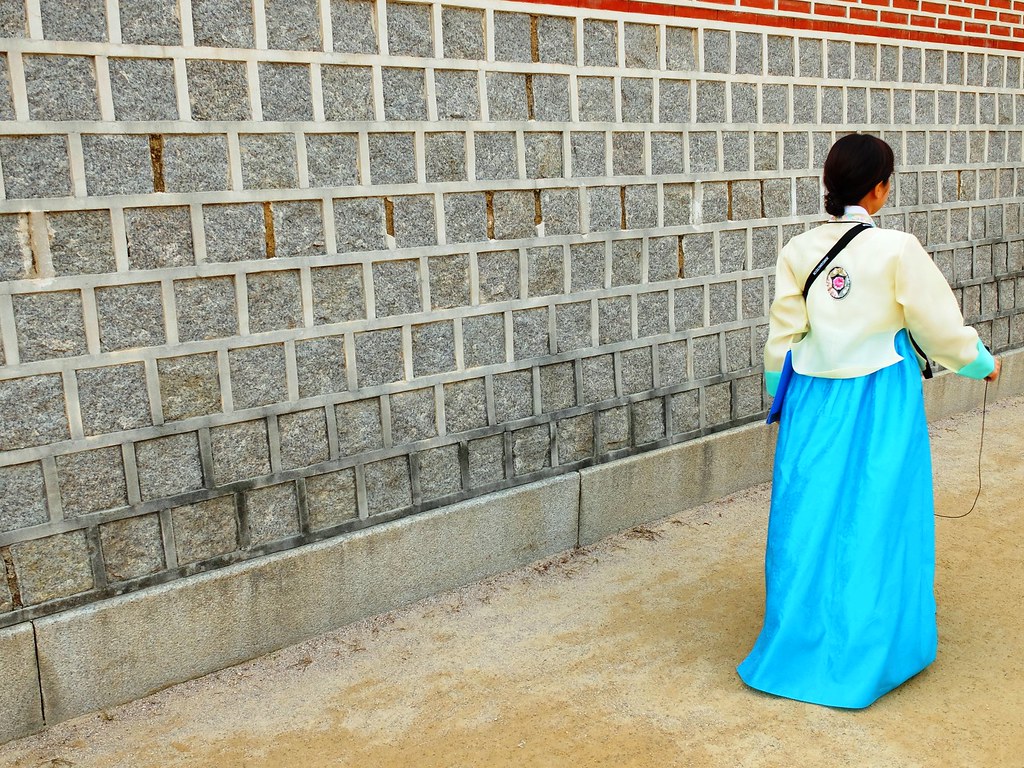 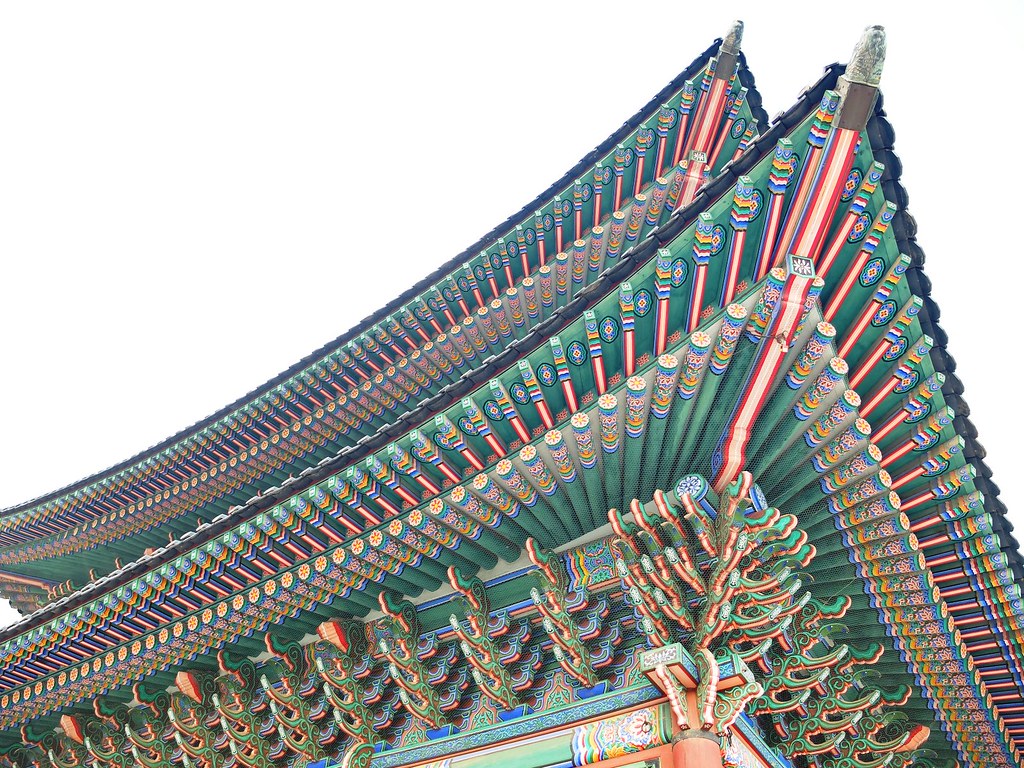 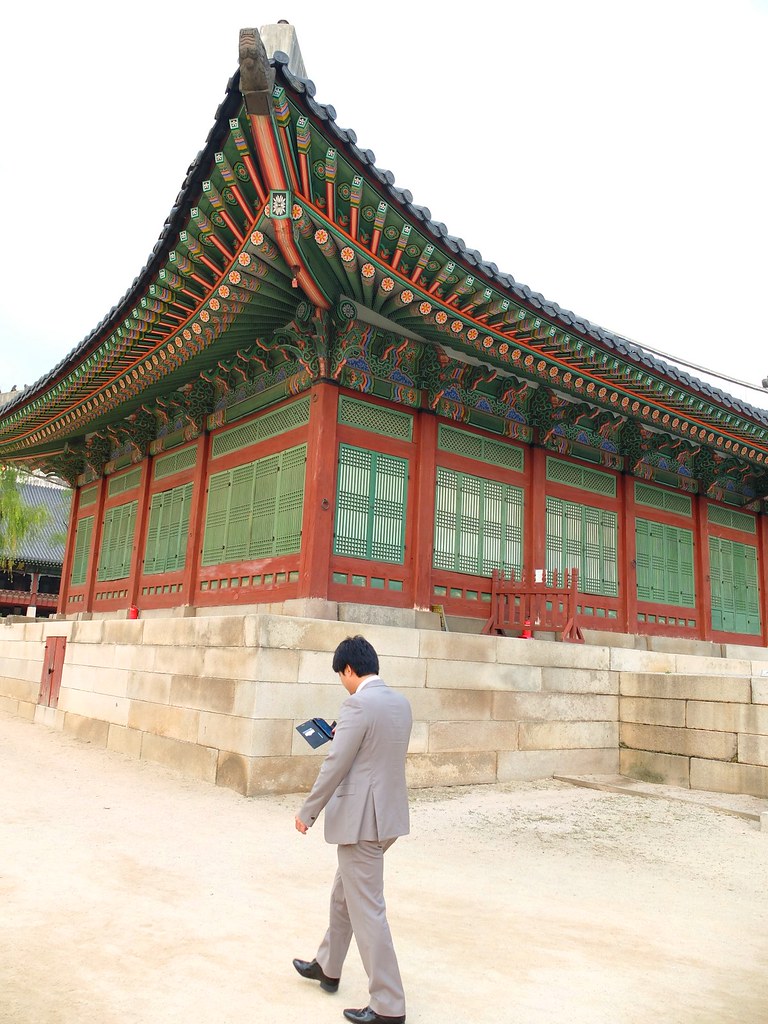 There are different points to enter the palace, however if you are coming from Bukchon Hanok Village and the hip neighborhood of Samcheong-dong, the best entrance to use is the one closest to the National Folk Museum and the National Palace of Korea.

Using this entrance will allow you to start discovering Gyeongbokgung and its most beautiful part, the Hyangwonjeong Pavilion. 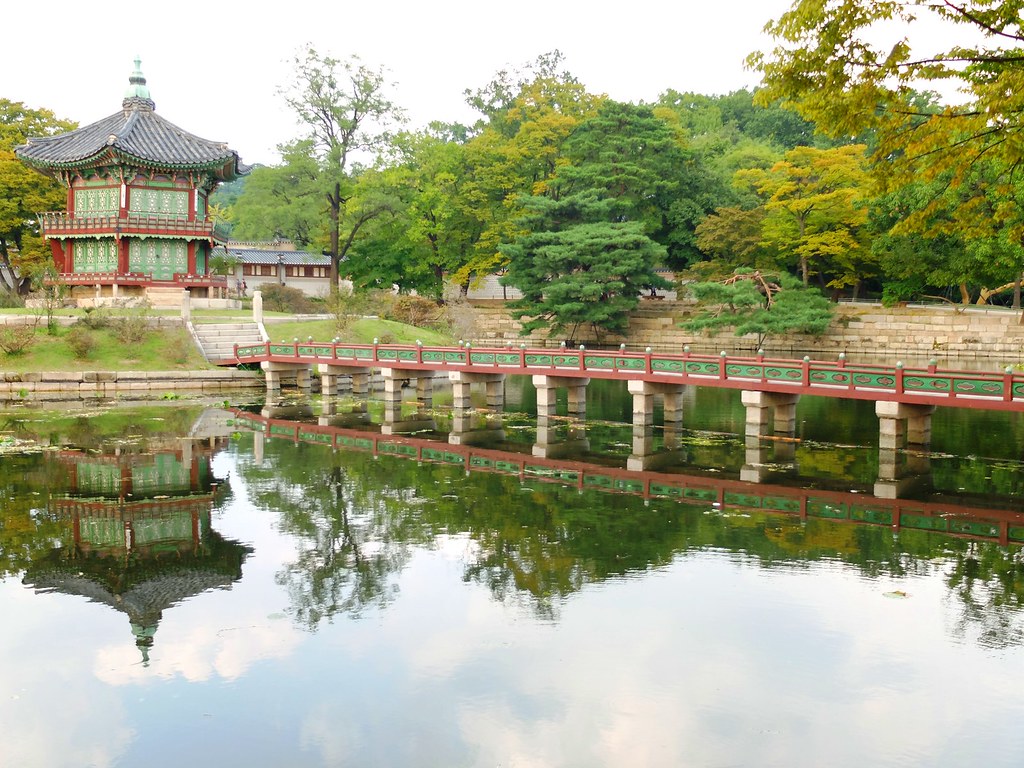 Standing at an artificial island by the lake and connected by a bridge named Chwihyanggyo, this hexagonal pavilion is the kings’ informal and private place for rest and leisure . 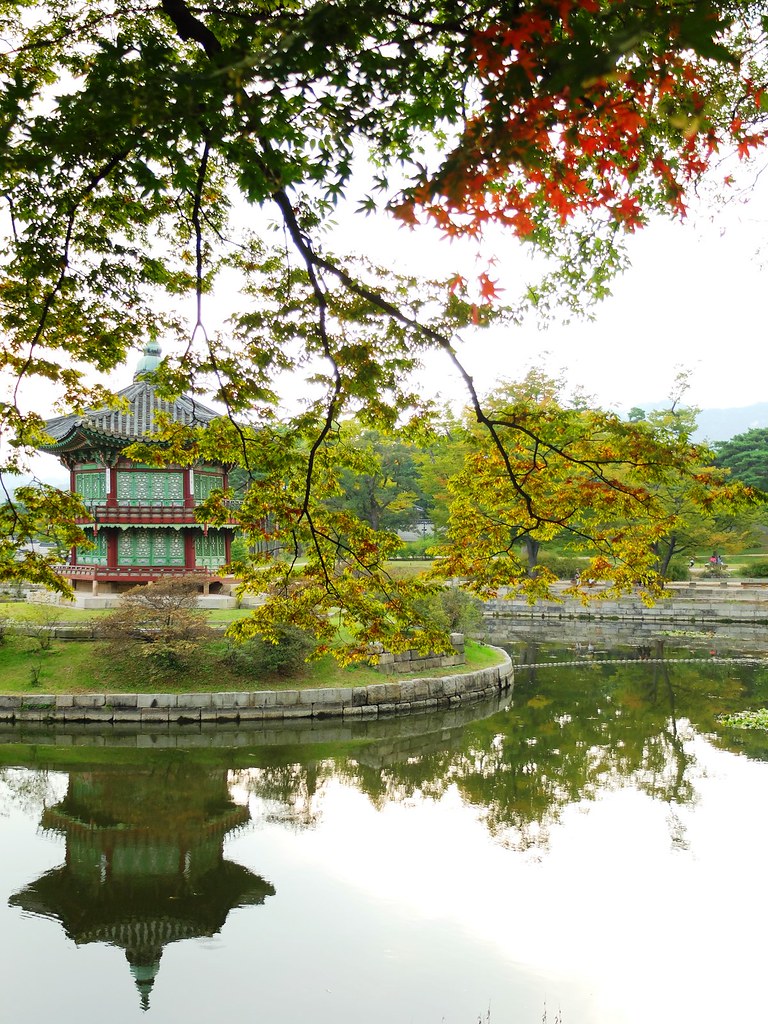 From the Hyangwonjeong, as expected the rest of the palace grounds are series of different buildings categorized, and built as per their function- the Geoncheonggung was once a royal residence of Emperor Gojong (the 26th king of the Joseon Dynasty) and his wife, Empress Myeongseon; the Donggung, the compound where the crown prince and his wife were living; Sajeongjeon used as the main executive office by the kings of Joseon Dynasty; Jibokjae is a two-story private library used by King Gojong.; Jagyeongjeon, also called Jagyeongjeon Hall is a building used as the main residing quarters of Queen Sinjeong . 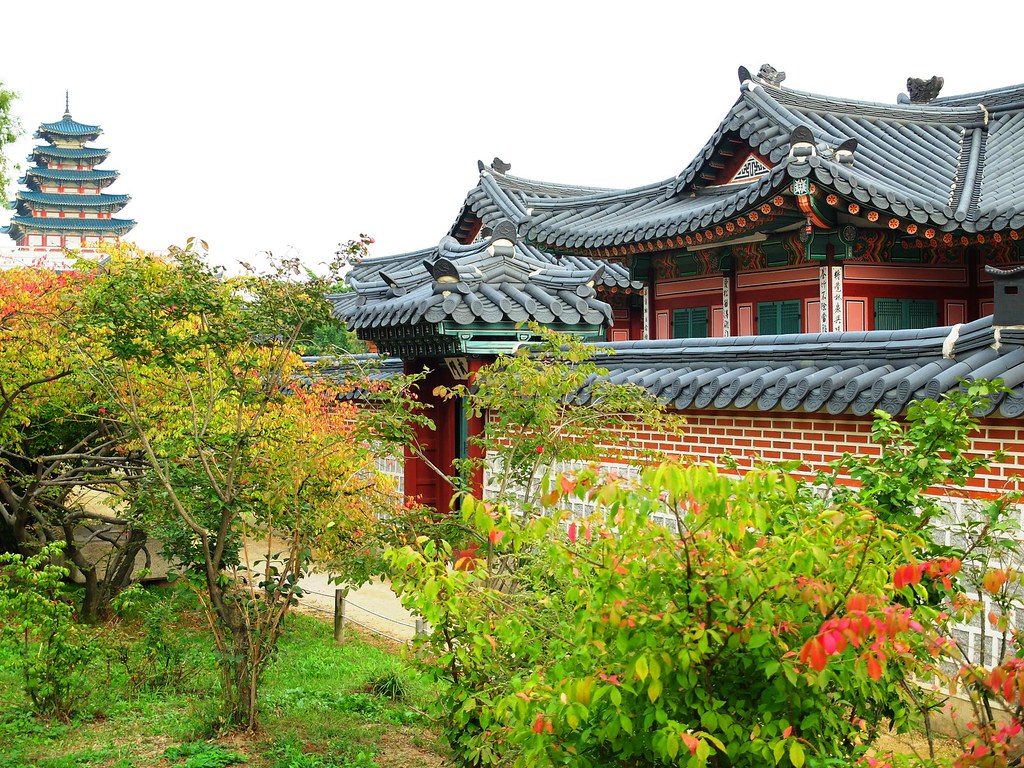 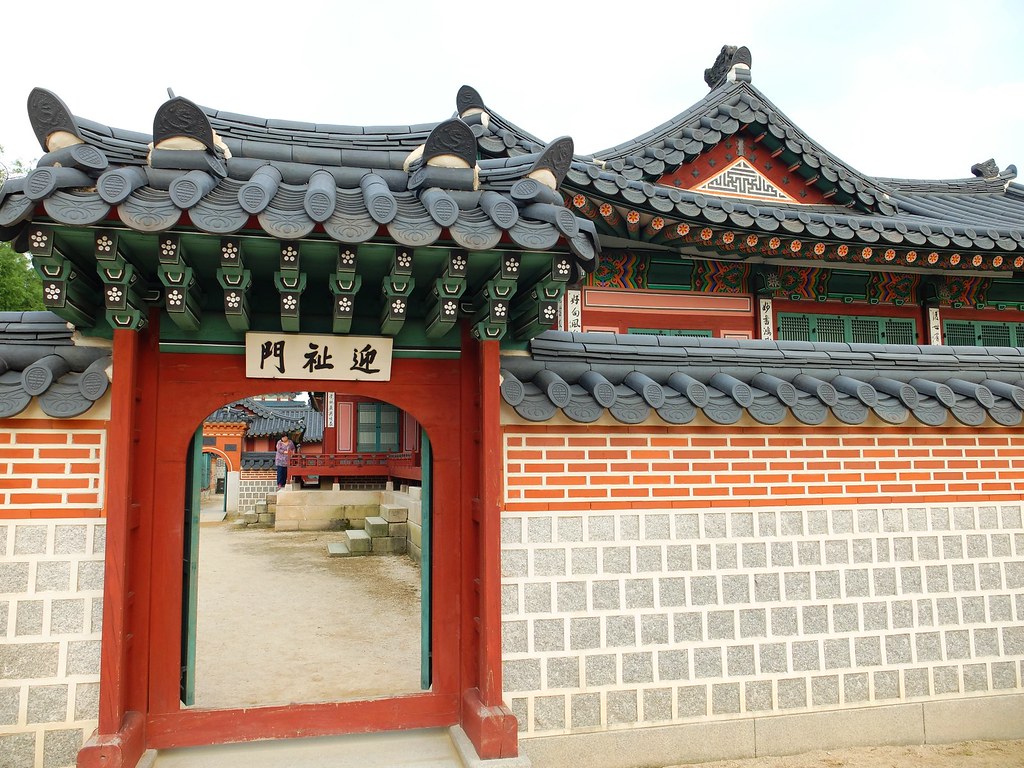 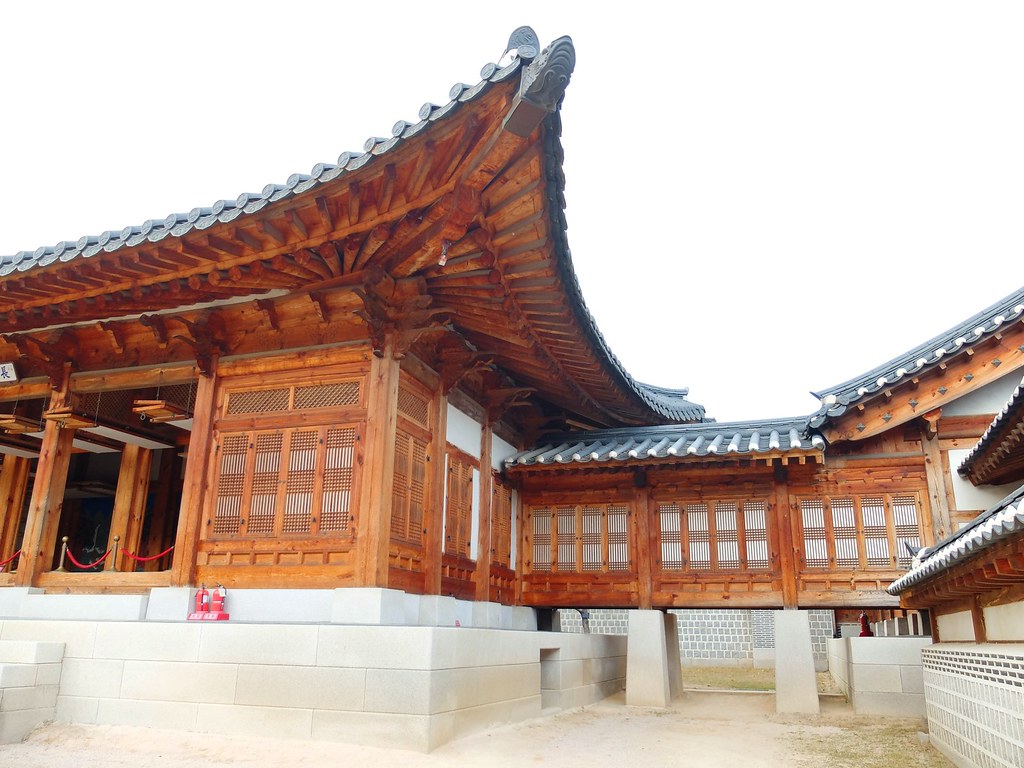 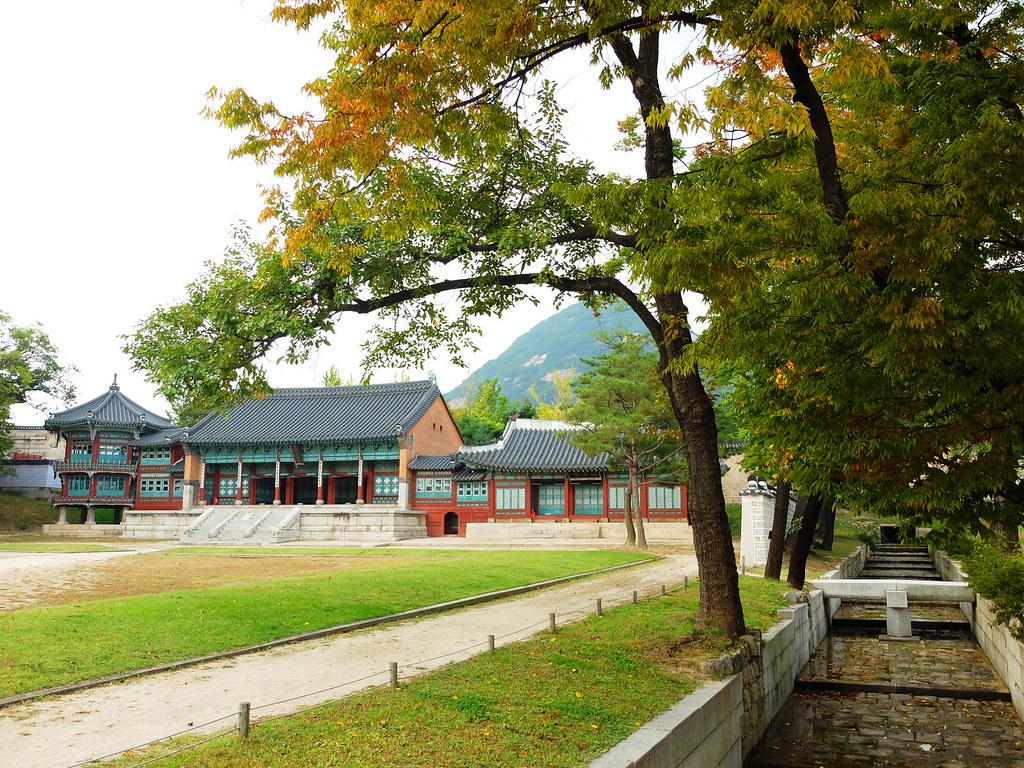 One of the most remarkable building is the one consisting of giant earthenware jars. These jars were used for fermenting soybean paste and kimchi. 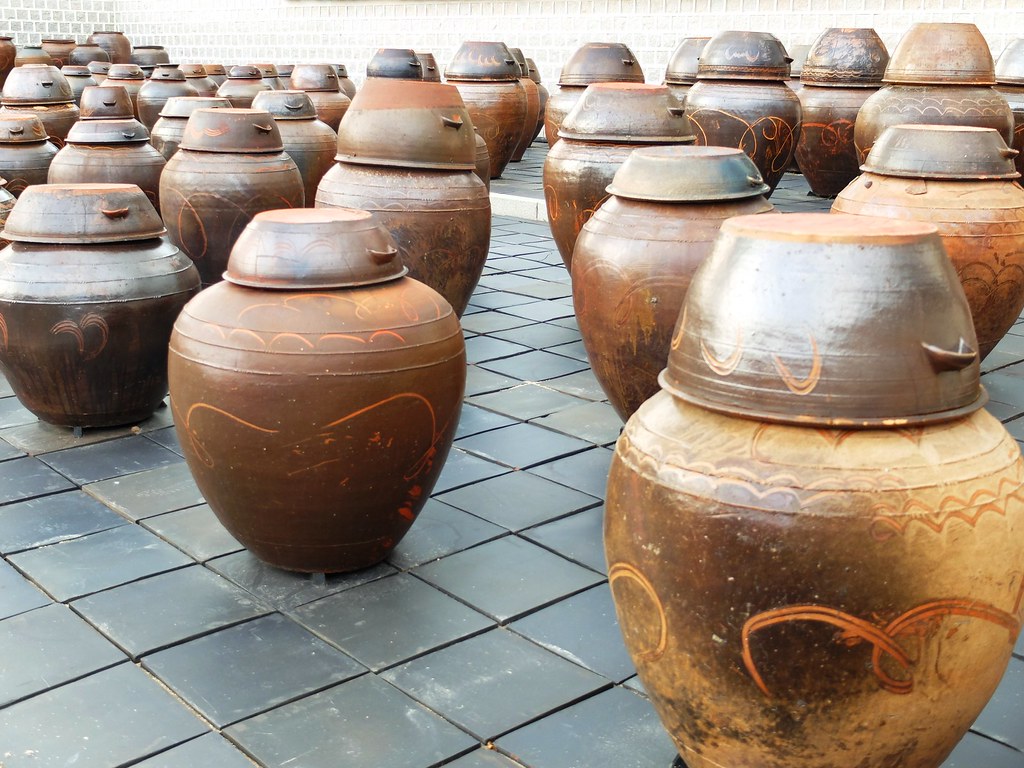 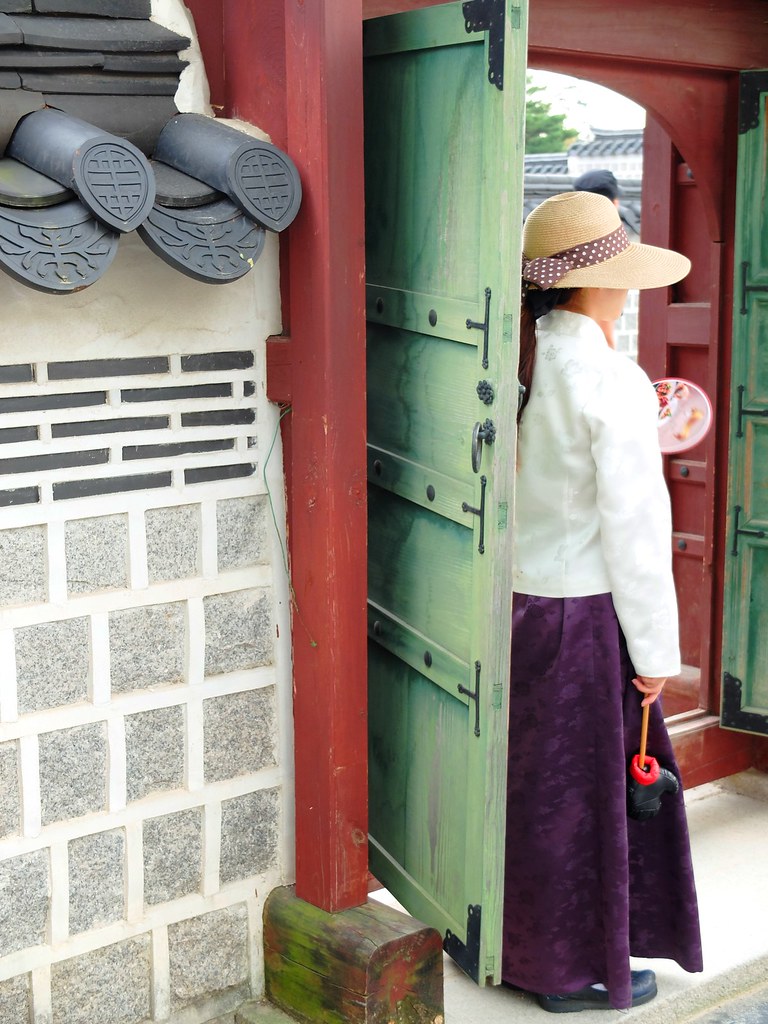 If Hyangwonjeong is used for private ceremeny, the Gyeonghoeru Pavilion located at another artificial island in the middle of rectangular lake is used for formal, official occasions. The architecture of Gyeonghoeru is considered timeless and very valuable, thus once appeared on Korean 10,000 Won banknote. 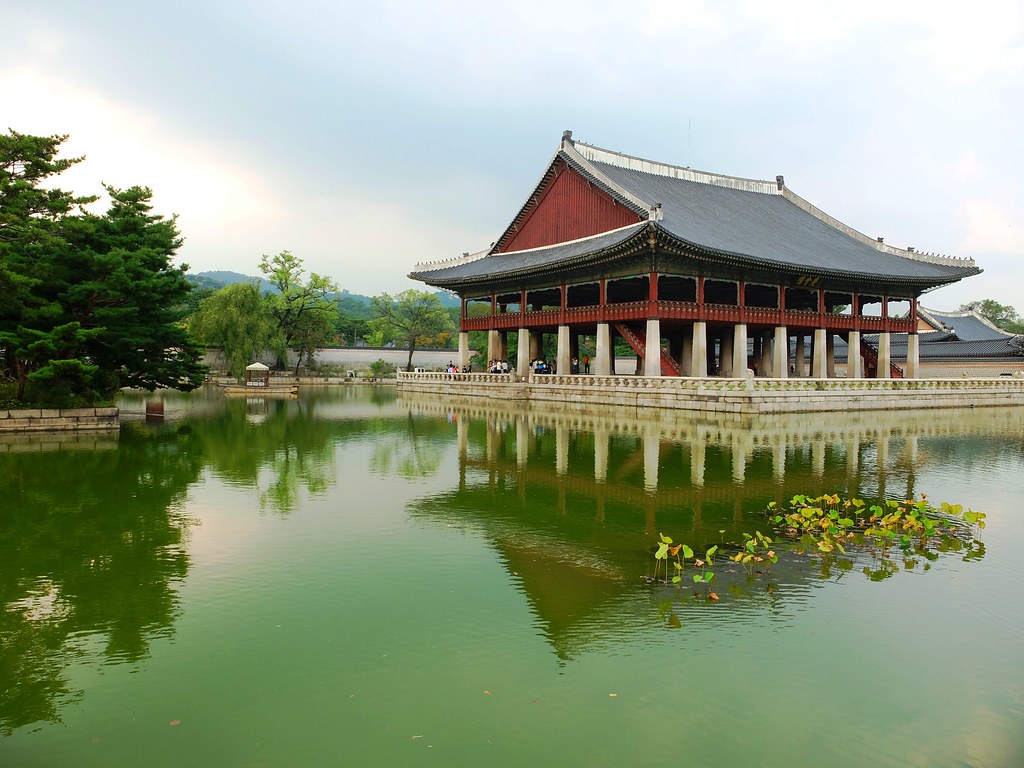 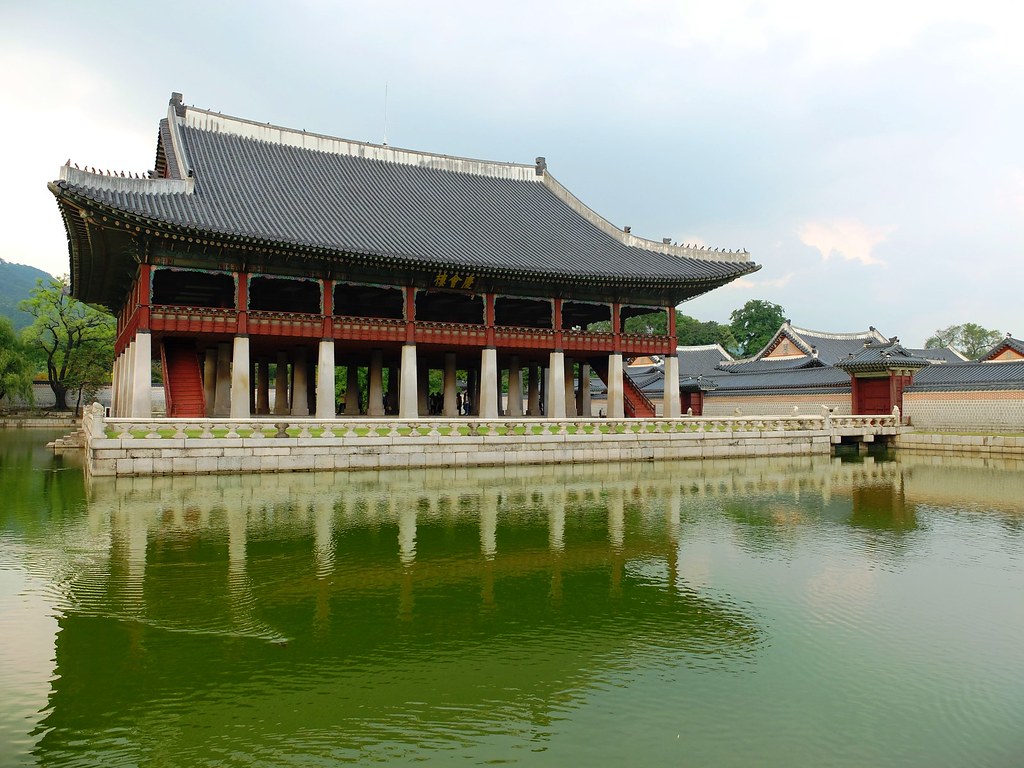 The Imperial Throne Hall or Geunjeongjeon is the palace center of power, where official state affairs were carried out including coronation of new kings and greetings of foreign envoys. 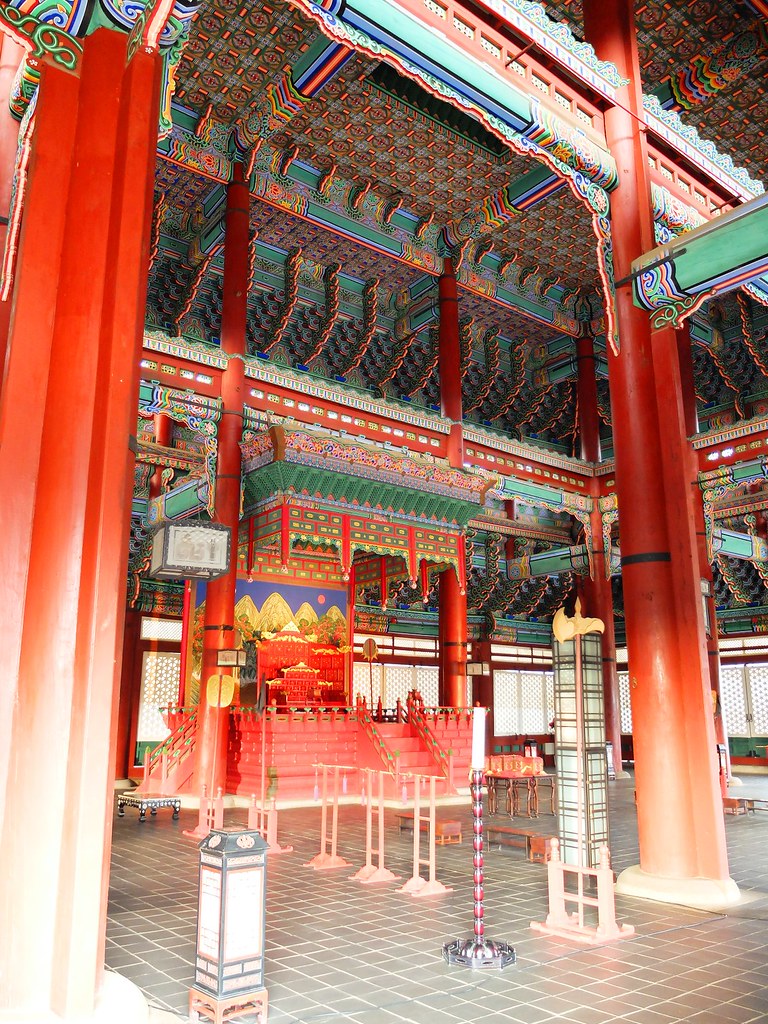 Aside from the artificial ponds and pavilions, the one thing that makes Gyeongbokgung Palace as the grandest of all the five palaces are the huge gates of Gwanghwamun and Heungnyemun. 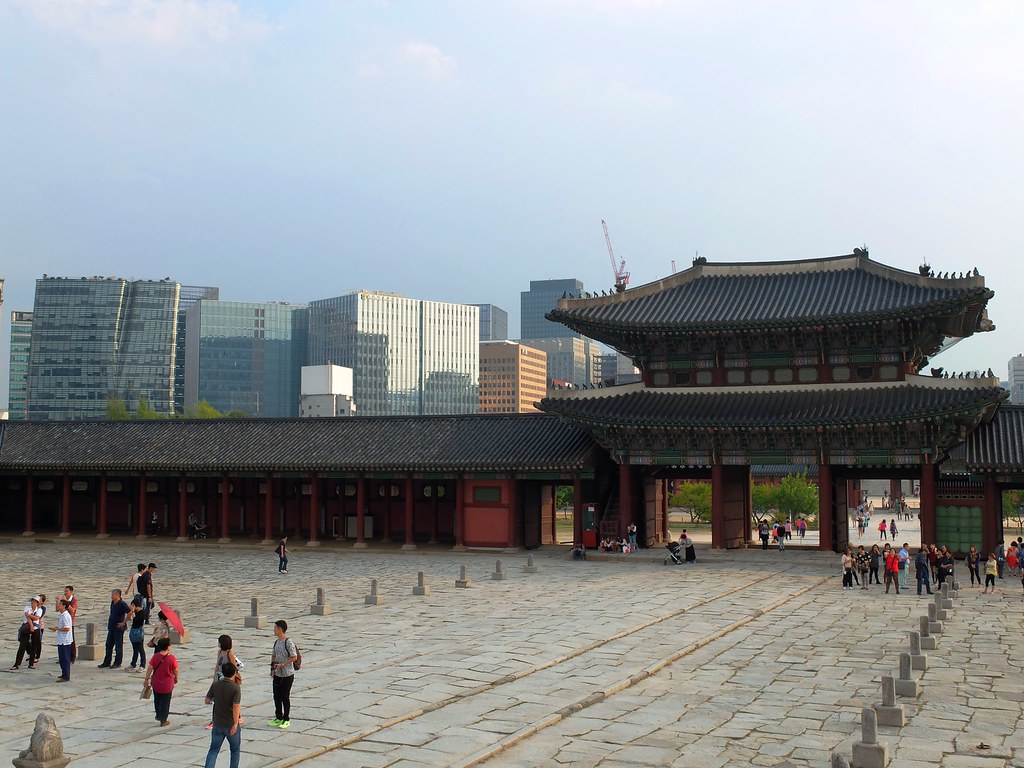 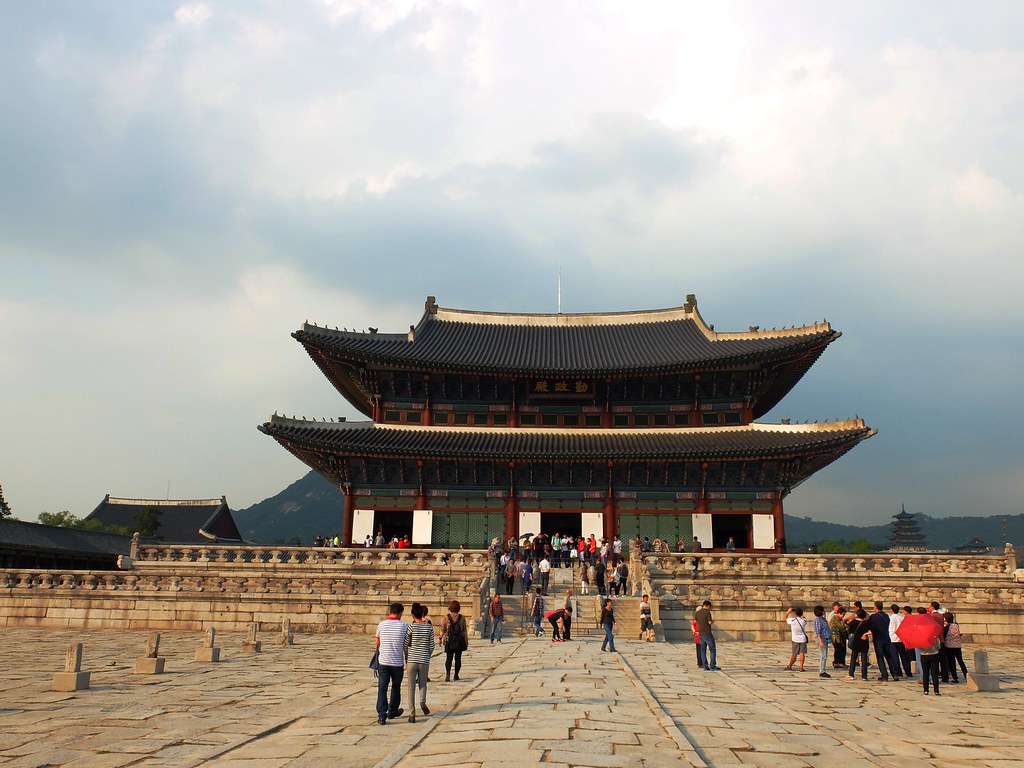 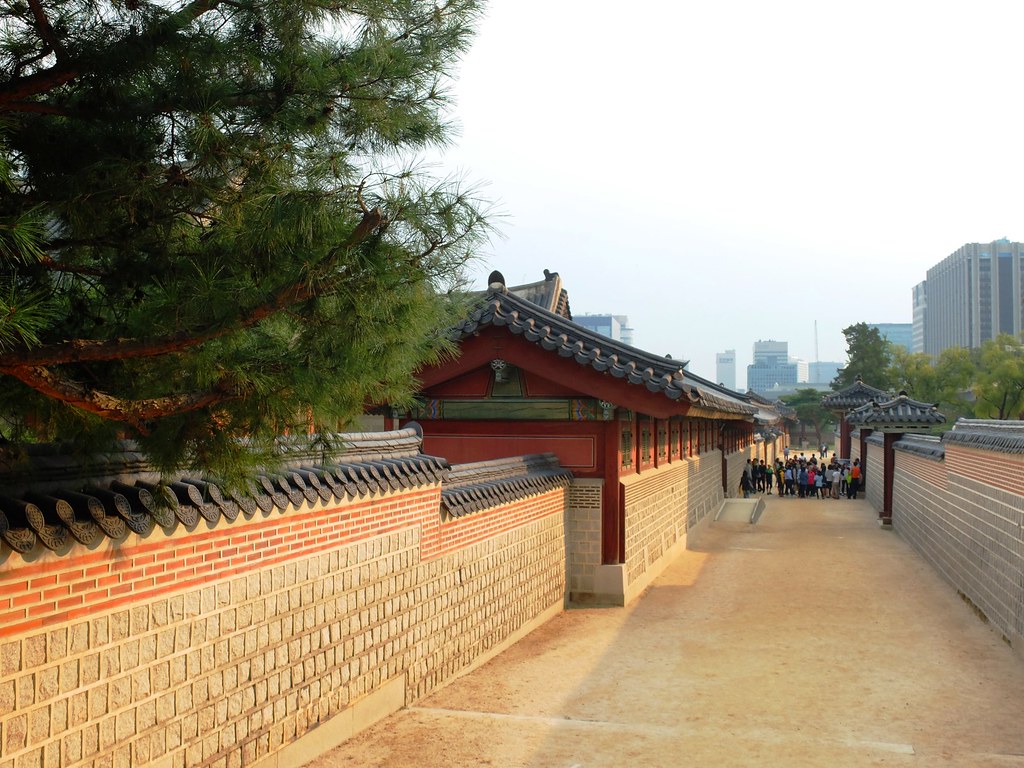 Once inside the palace premise it is worth visiting the grounds of National Folk Museum for the Muninseok statues or stone statues of the civil officials. 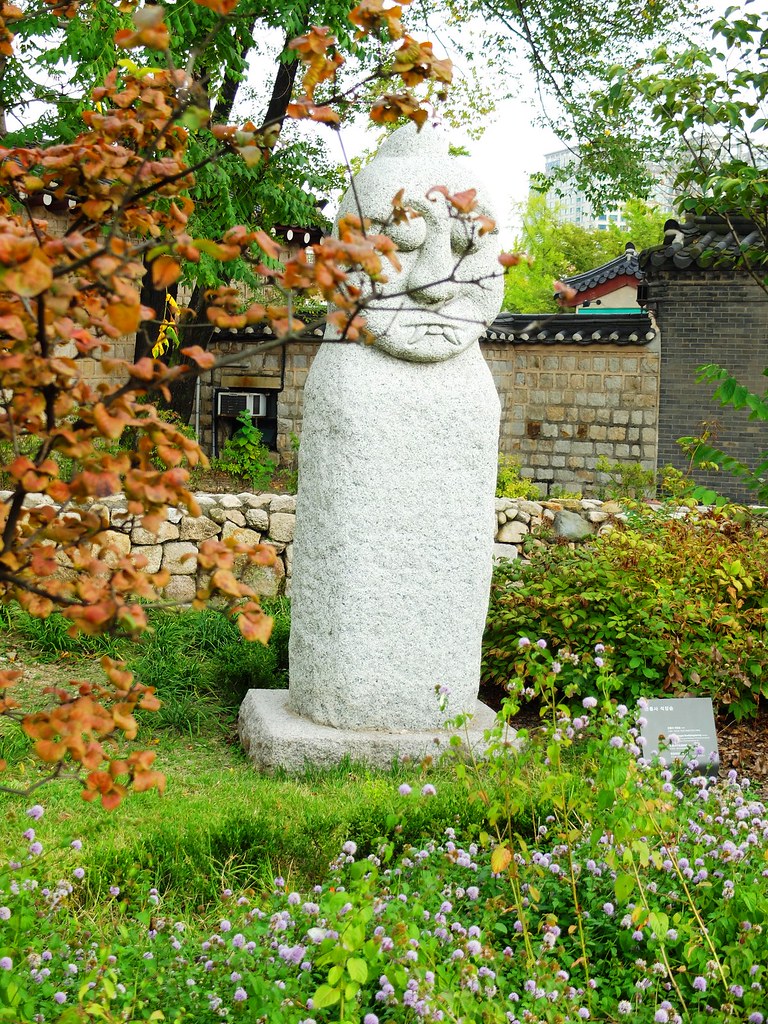 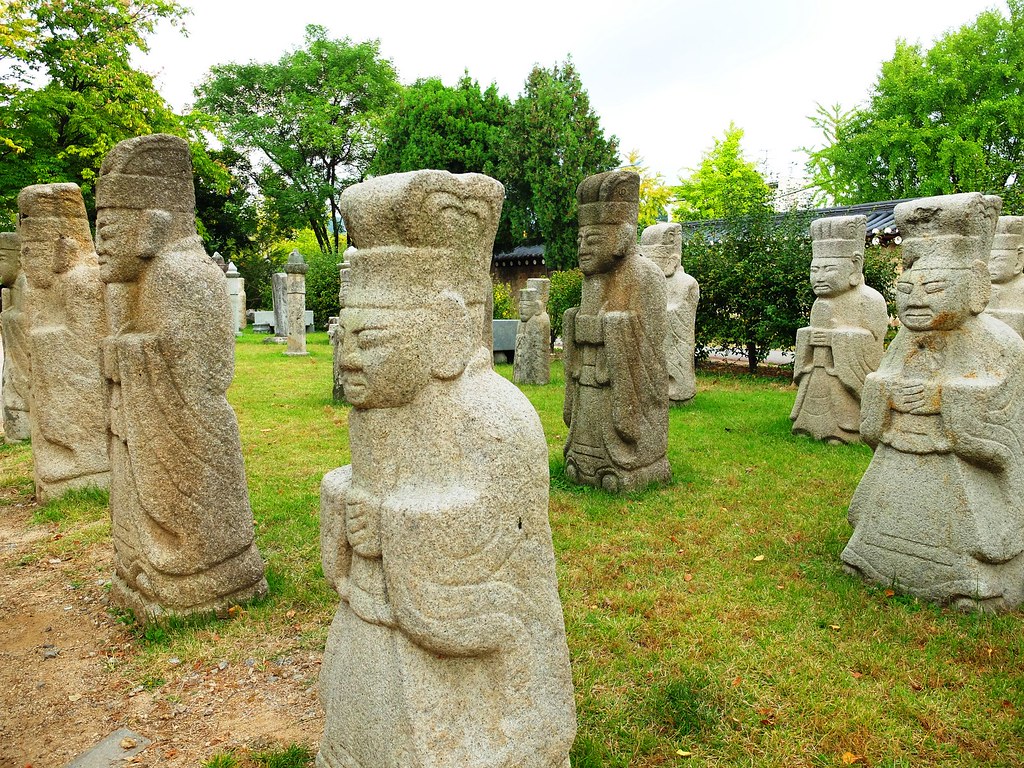 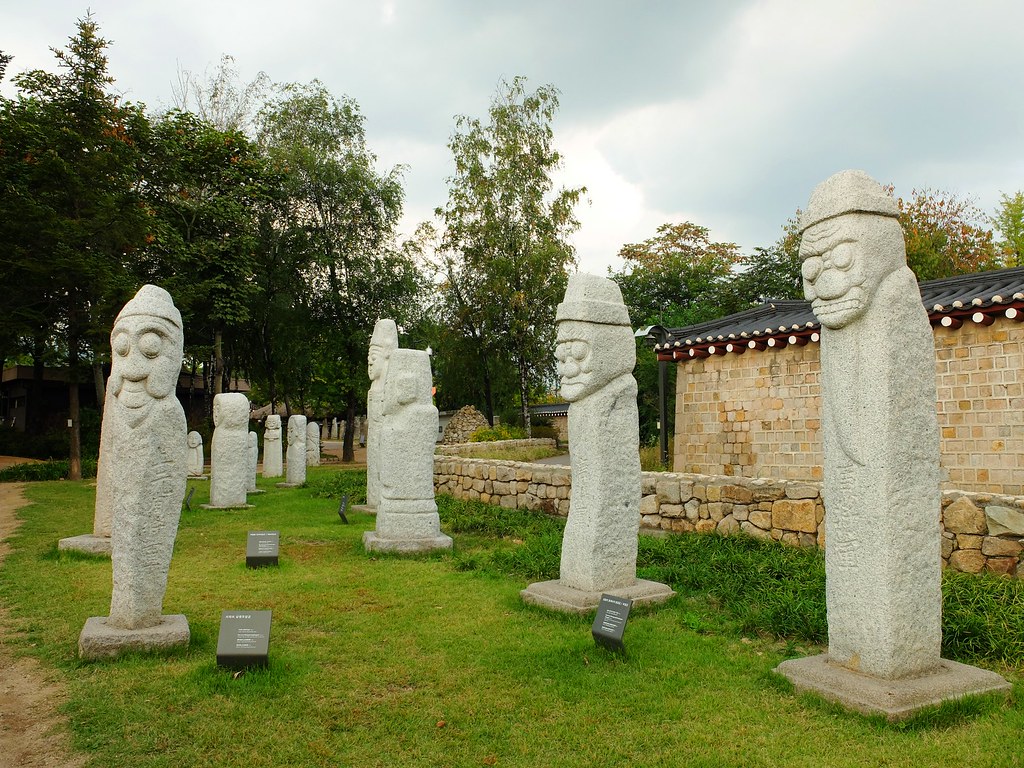 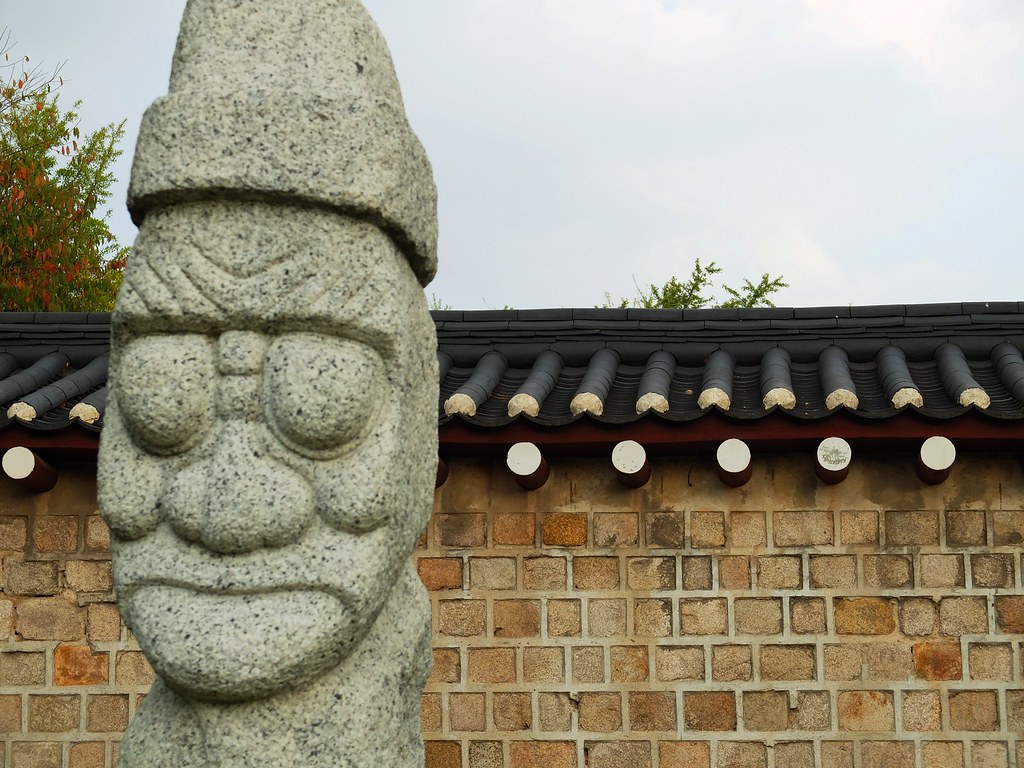 Within the same area right after the stone statues is the Street of 1960s, a glimpse of typical Korea neighborhood back in that era. 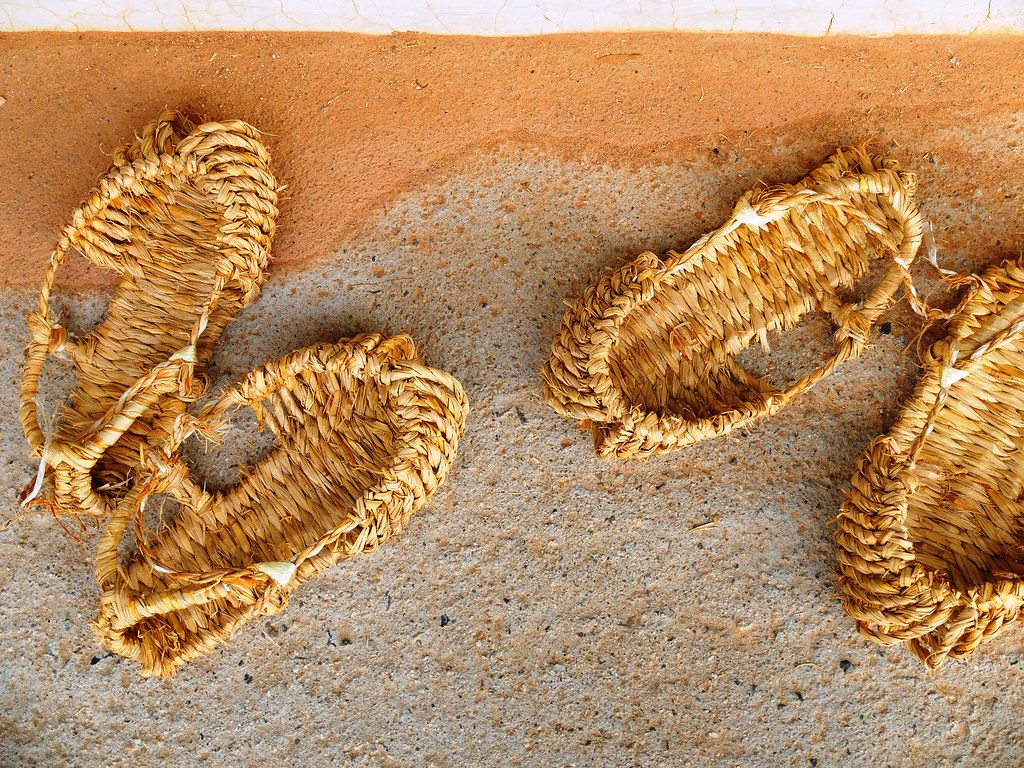 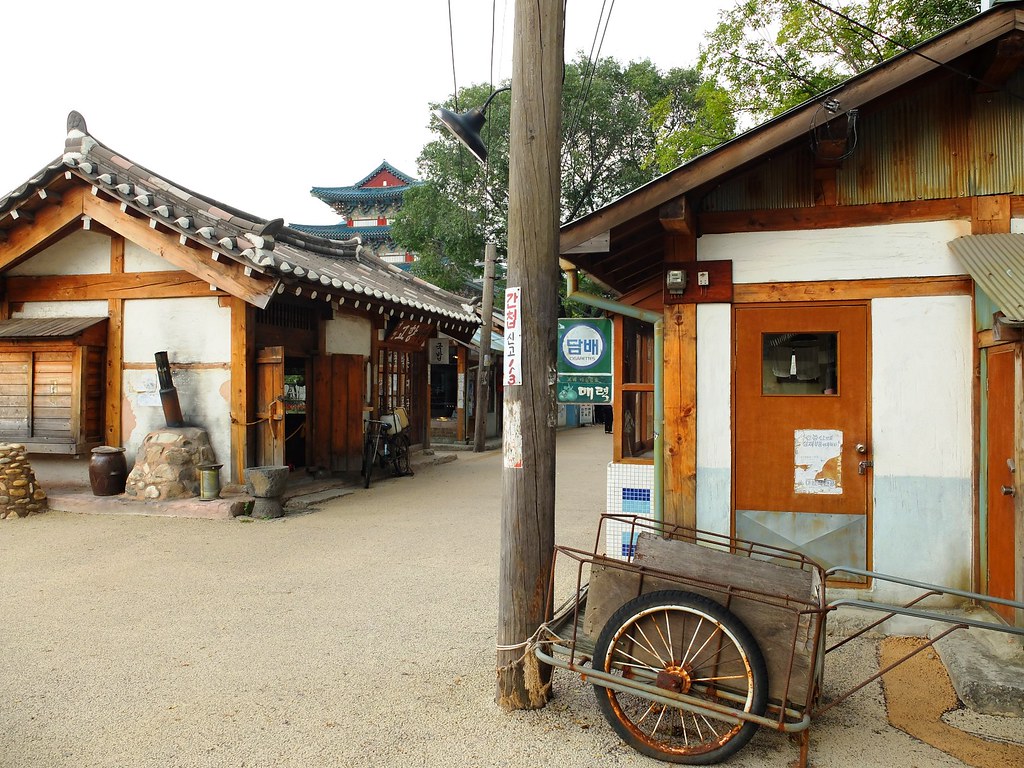 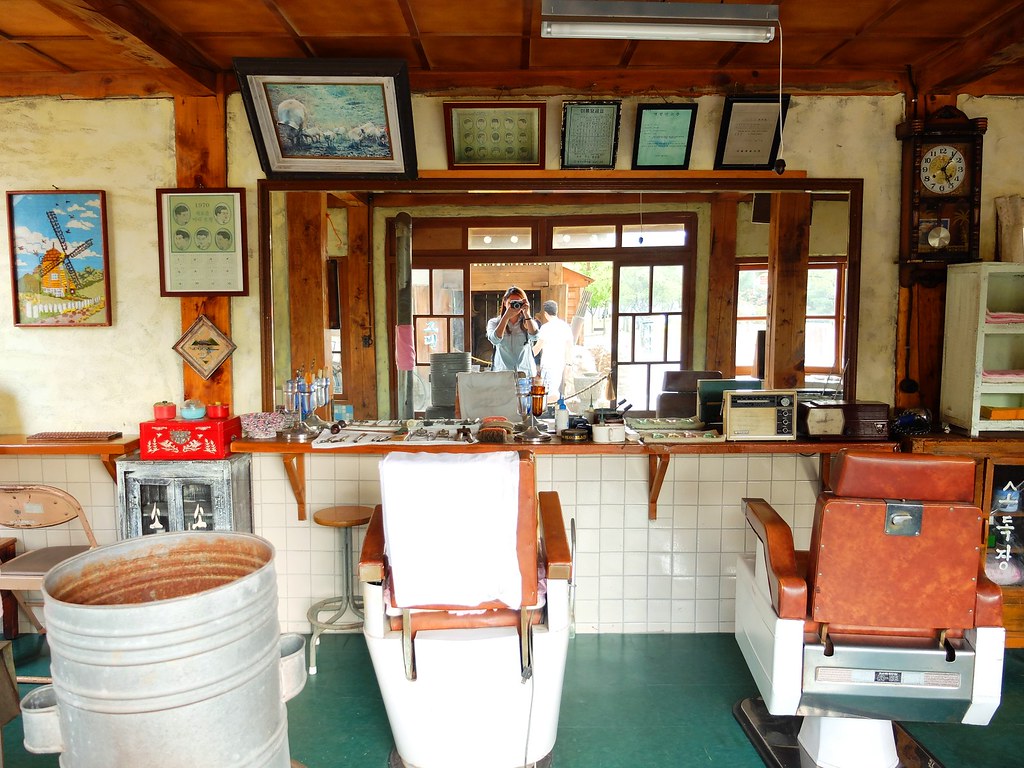 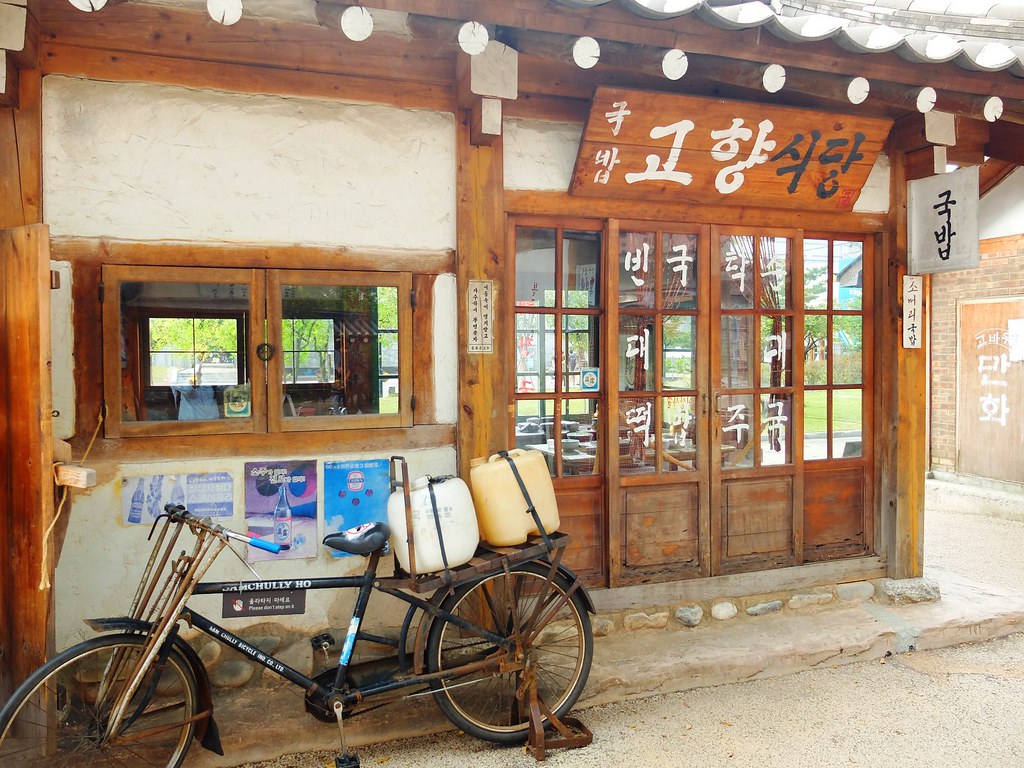 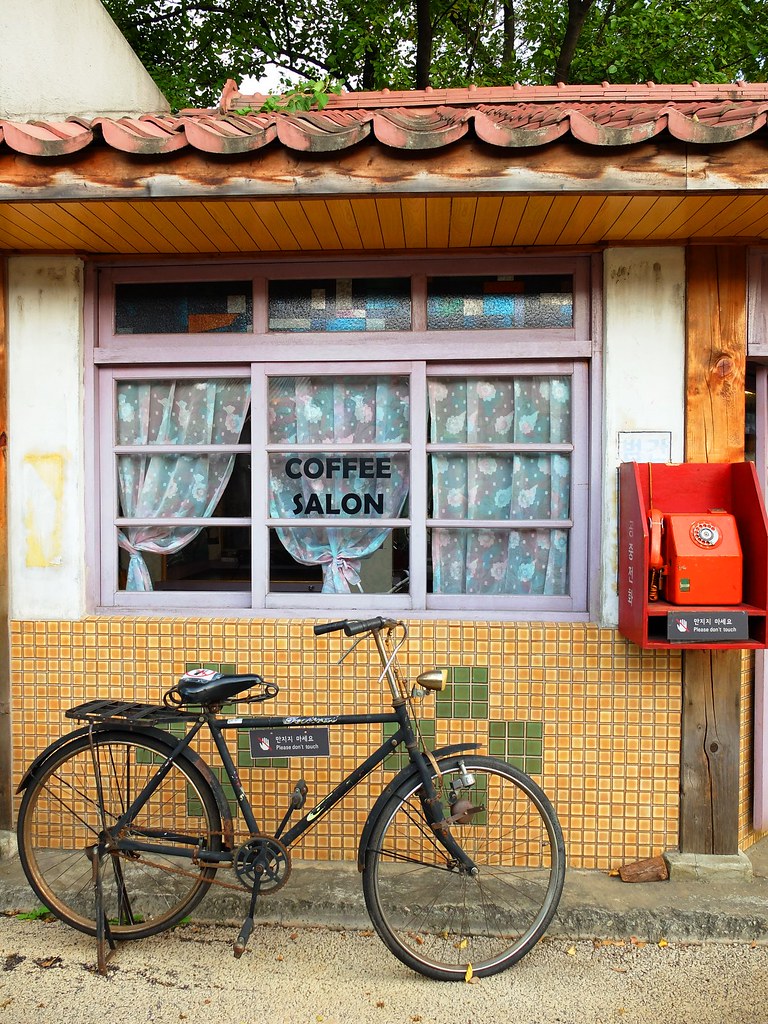 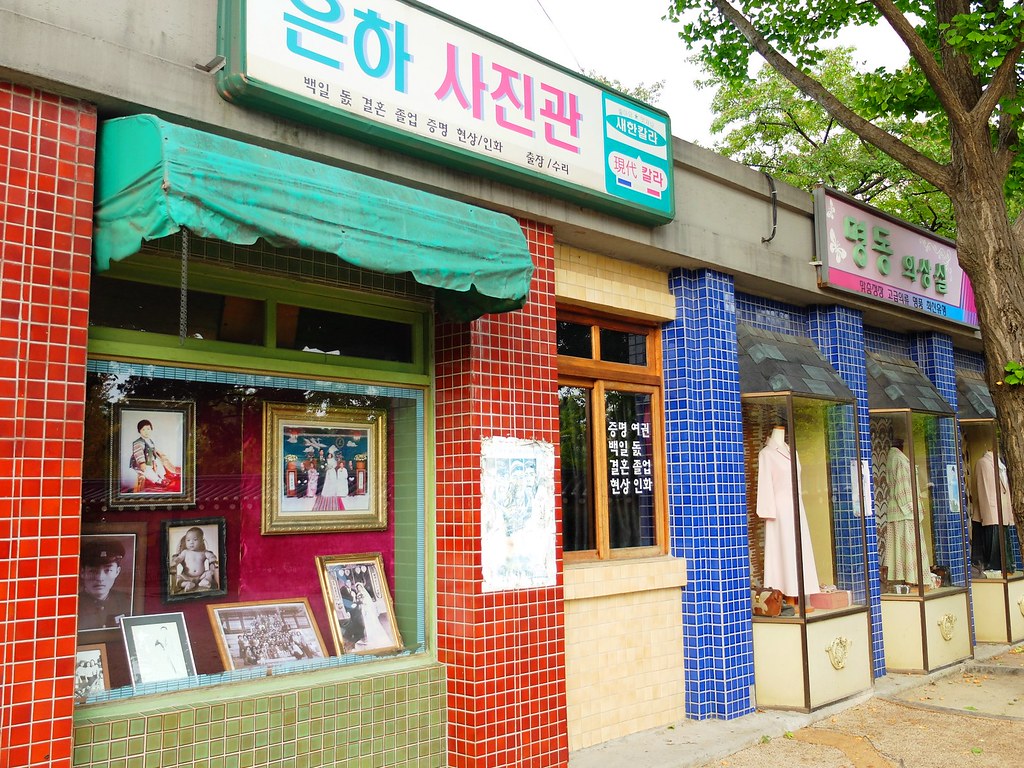 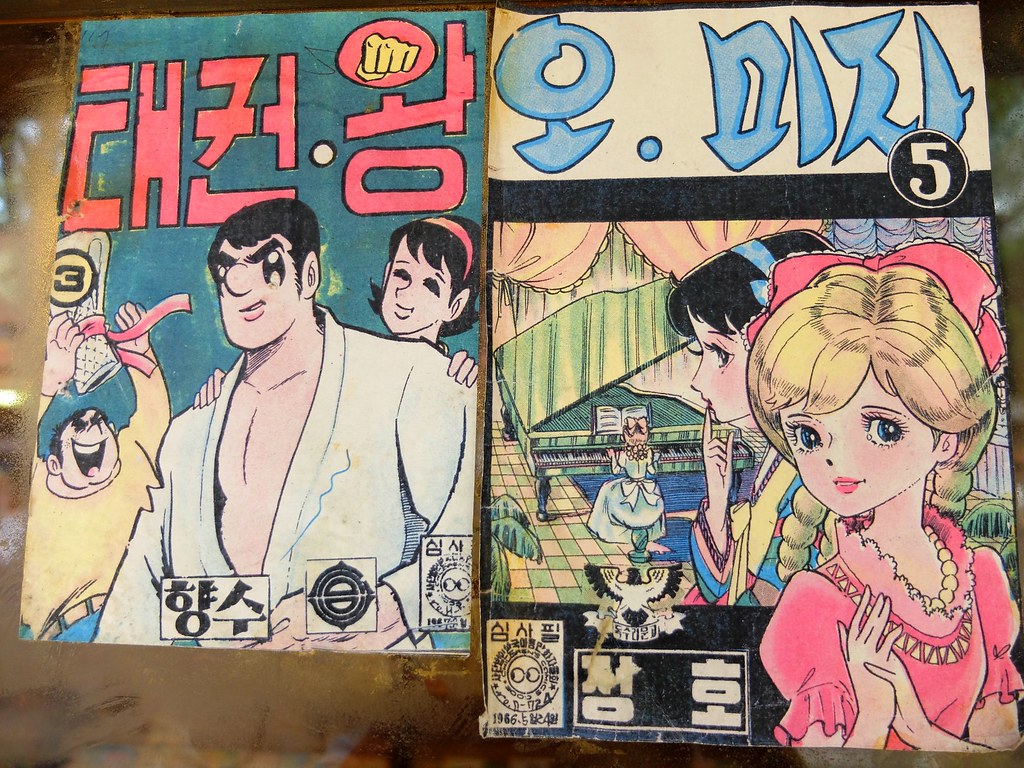