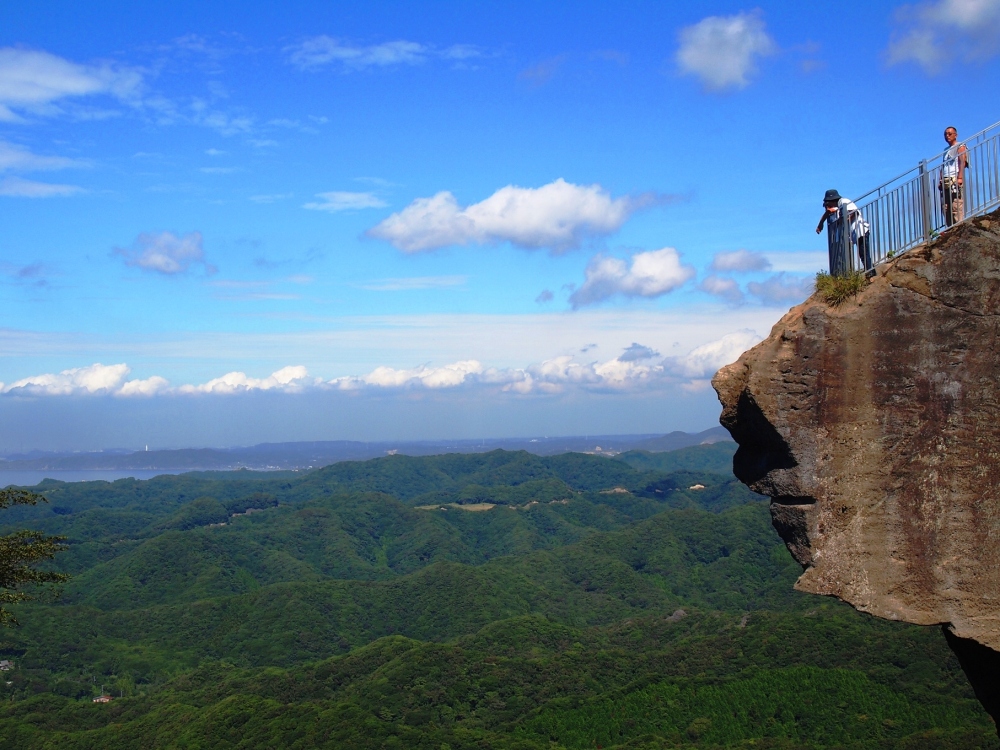 It was the longest train ride I had as far as I can remember. A 3-hours train ride to be exact, but then again, a day trip out of the city is what weekends should be.

Residing in Yokohama, I should have push thru with my plan to take the Tokyo-Wan Ferry via Kurihama Port instead of the option of combinations of local JR Trains (Yokohama-Tokyo-Chiba City-Hamakanaya) just to reach Boso Peninsula. But it was weekend, I over-slept and failed to be at the port area on time, so I braved the very long train ride instead.

Minami Boso (Boso Peninsula) located at the southern tip of Chiba Prefecture is surrounded by bodies of water- Pacific Ocean on the east and south side while sharing Tokyo Bay’s Uruga Channel on the west with Kanagawa Prefecture’s Yokosuka, a known military base.

There are several popular places around the peninsula or the whole Chiba prefecture to be explore but for most first-timers like me Minami Boso means saw tooth mountain and giant Buddhas.

After sleeping, reading, listening to music and basically having breakfast on train, I finally arrived at Hamakayana Station (JR Uchibo Line).

To reach Nokogiriyama, a few minutes walk from Hamakanaya Station along the very quiet sea-side neighborhood is required.

After 10 minutes, I reached the ropeway station, paid 900 Yen roud trip ticket and ascend towards the topmost station to start the hike.

Actually, what I consider my starting point is marked by a small fertility shrine structure.

Nihonji Temple encompasses the walking trail in order to view the rugged mountain peak and several Buddha statues and an entrance fee of 1000 Yen is required.

Walking along the trail is relatively peaceful, covered by lush green scenery, there were only few visitors and majority are the occasional kids on a school trip. A total of 1 hour is needed to loop Nokogiriyama, with combination of stairs up and down, so better wear at least a comfortable rubber shoes.

Mount Nokogiri which literally translates to “saw mountain” is a spectacular view from afar, as if a giant middle jigsaw puzzle piece is missing. While standing at the edge, the view below is comparable to what the Japanese called as “a peep of hell” (Jigoku-nozoki).

A misconception for many tourists and foreign residence like me is that a Daibatsu (giant Buddha) can only be found at Kamakura, but the truth is Nokogiriyama is home to two largest pre-modern, stone carved Daibatsu sculptures.

A tall image of Kannon carved into a quarry walls.

Apart from the two Daibatsu, one thing not to missed along the trail is the 17th century created 1500 Rakan statues. Distinctive with different facial expressions, at first glance they look almost similar to the one that can be found at Kawagoe.

It is normal to see some statues with missing heads or hands, a casualty of an Anti-Buddhist movement during the Meiji era.

Minami Boso’s Mt. Nokogiriyama is a highly recommended day trip particularly for families and for those who are looking forward on submerging themselves to Japan’s hiking culture. It combines three things that everyone will like- a cable car ride, a hike to the cliff edge and the many Buddha statues.