If you are planning a trip to Japan and wants to have less expensive options, the best advice that I could share is for you to always look out for the promotional transportation pass offered by Japan Railways (JR).

Using my JR Kanto Area Pass for the price of 8,000 yen, I managed to board a shinkansen for a day trip to Karuizawa (regular price 10,480 yen) and on the following day, with my desire to  maximize its usage, I travelled to the southern most tip of the Kanto Region- Izu Hanto.

Reaching Izu Hanto will not require you to take the bullet train, instead a combination of local trains will do (regular price of 8,000 yen). Total of 3 hours trip, with majority of the time spent on-board the Izu Kyuko Line  bound for Shimoda, the fact that the trip is quite long will not bother you since the train is designed with a seat facing the pride of the peninsula- clear, blue ocean.

After passing by series of tunnels, mountains and small towns, I finally made it to Shimoda. Prior exploring Shimoda itself, I decided to take the bus and travel further down to the southern most tip of the peninsula- coast of Irozaki.

Popular destination apart from the beaches nearby is Cape Irozaki’s white lighthouse standing on top of the hill. Though the lighthouse is not particularly spectacular, but definitely a must to climb the small hill leading to it,  to view the rugged, unspoiled coastline of Izu  Hanto.

Though the wind was quite strong , a bit chilly and taking photographs seems to be a challange, the panormanic view of the blue, ocean water as it hits the saw-toothed coast shoreline is sight to remember.

Just imagine standing there, thinking that 3 hours ago I was seeing buildings after buildings of Yokohama and now I am standing on the farthest area of the region facing nothing but the great Pacific Ocean.  It is one of those moments, which I was reminded why I love doing this- exploring places despite waking up early and the long hours of commute. 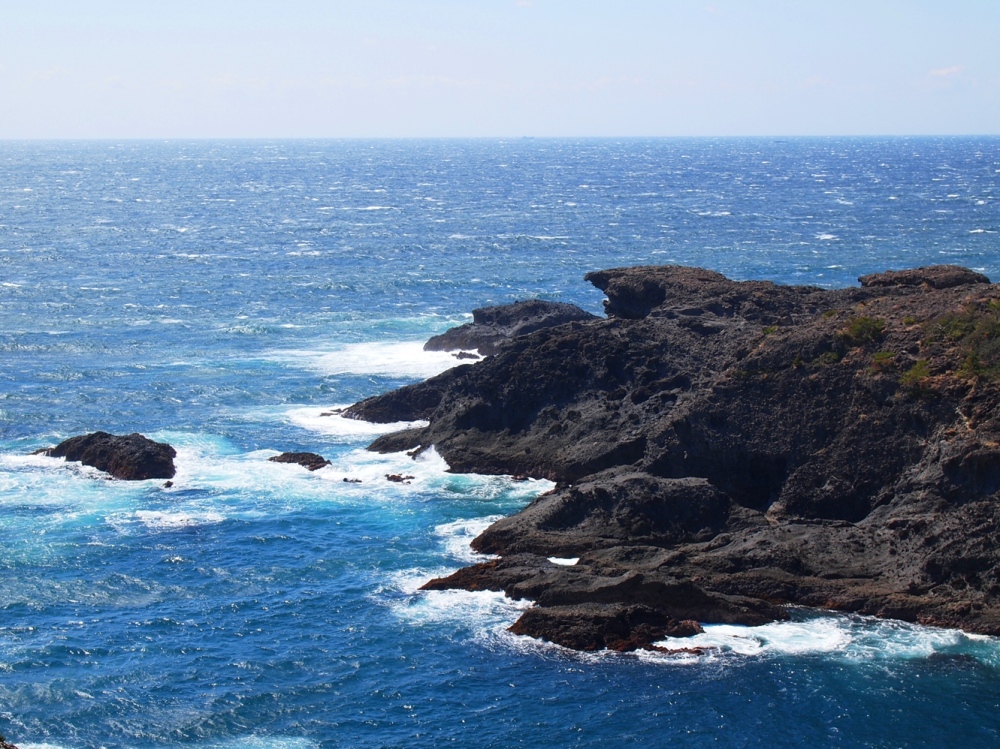 The lighthouse is located on a small fishing village, where only few shops are open during lunch and usually closes afterwards. If the weather permits, several sightseeing boats are offering a cruise around the coast. 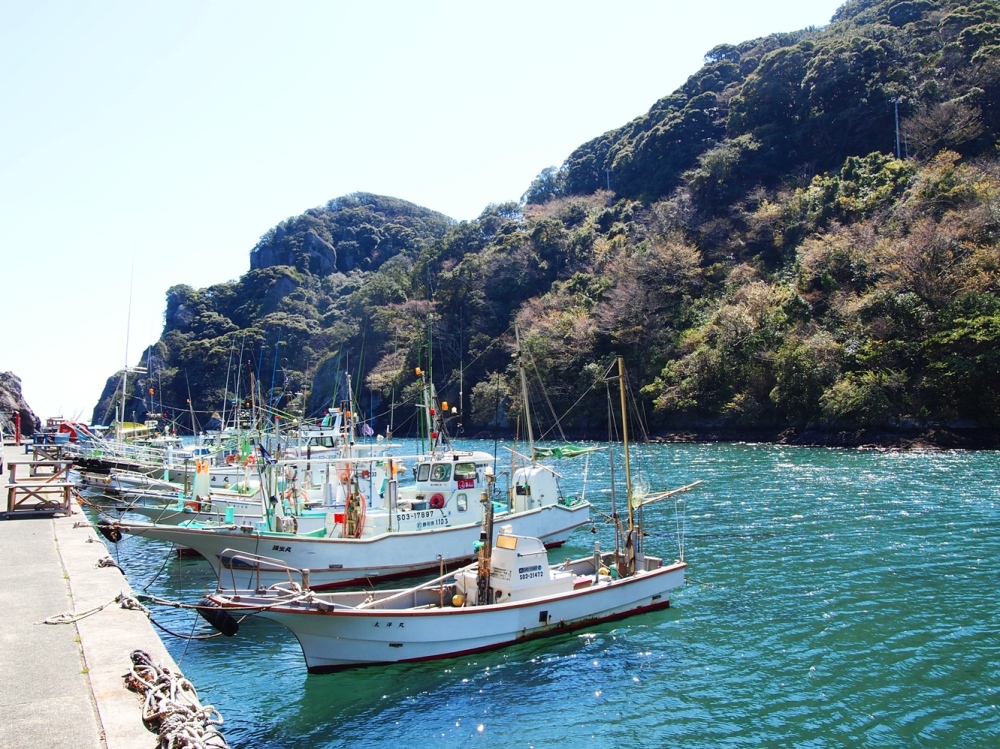 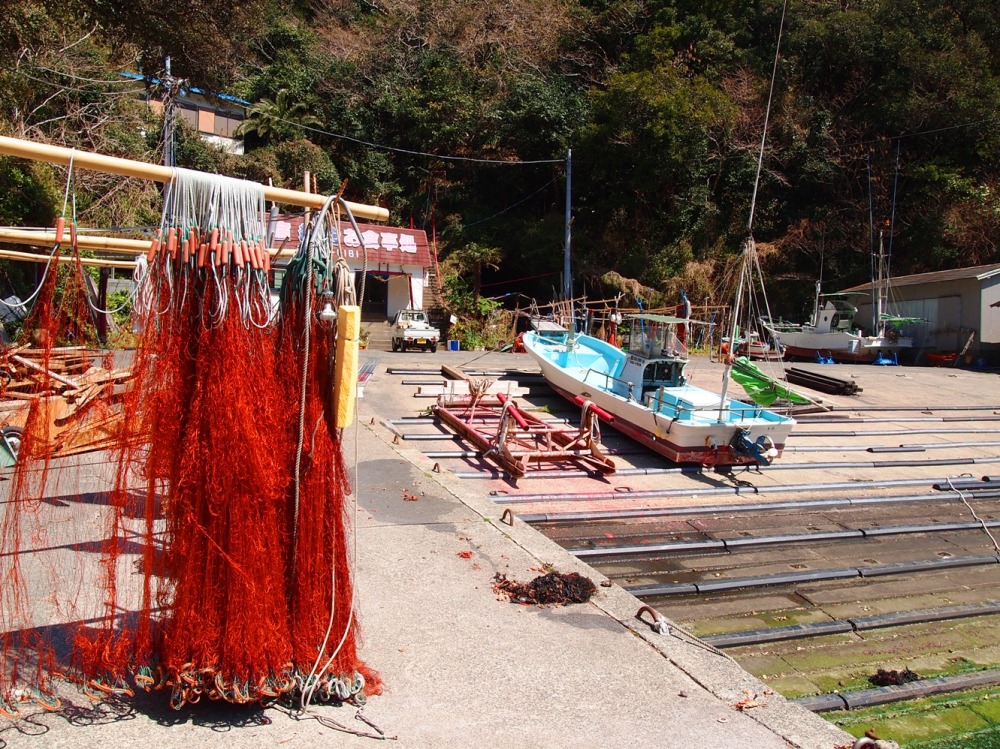 After a few hours, I head back to Shimoda. As much as I wanted to visit the other beaches nearby or a photo opportunity at the fields of yellow flowers we passed by, the fact that the public bus only operates one per hour has me bounded to two destination only.  Based on my experience and on what I saw, I think that the best way to explore the whole island is to rent a car and drive around.

Like Karuizawa, Shimoda  is one of those places in Japan where Western influence takes a huge part of the town history.  One name will be commonly heard  and usually is the namesake of places of interest – Perry.

In 1853, when Japan maintains the policy of isolating itself from the rest of the world by refusing to trade and open its ports, one persistent American by the name of Commodore Matthew C. Perry sailed to Shimoda. On his first diplomatic attempt, he failed to convince the Japanese on opening their ports, so when he returned for re-negotiation he brought with him nine war ships popularly known as “black ships”,thereby   forcing Japanese to sign on a treaty opening its ports for the US fleets.

The model of the black ships can be seen around town and one sailing around the ocean. Even the town events and festivities are usually named after Perry and his black ships.

Another popular things to do in Shimoda is to do a history walk across town and admire the white plastered walls architecture, retaining the ambiance of earlier period. I been to quite a few places in Japan and this type of architecture is definetly distinctive of Shimoda.

You can start the history walk  at Perry Street with its canals and cafes that usually leads to Ryosenji Temple, where the treaty was said to be signed. 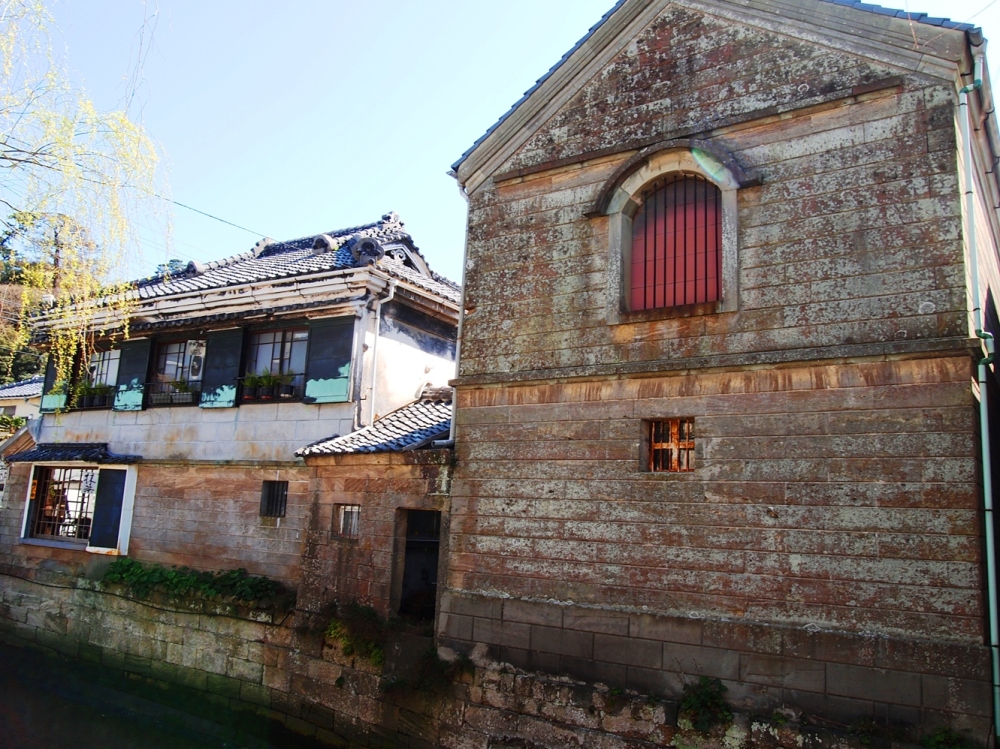 As expected, the town of Shimoda has a laid back atmosphere and most of the town people favorite past time is fishing.

With more time left before the next train departs for Atami, I decided to take the Shimoda Ropeway, conveniently located across the station.  The ropeway will bring you to the peak of Mt. Nesugata-yama, which is said to resemble a woman figure during sleep.

It was nice to see the small houses with the mountains and the rivers in the background,  but what really peaks the interest of the many during our cable car ride is the view of the junk cars filed up, about to be or already smashed. 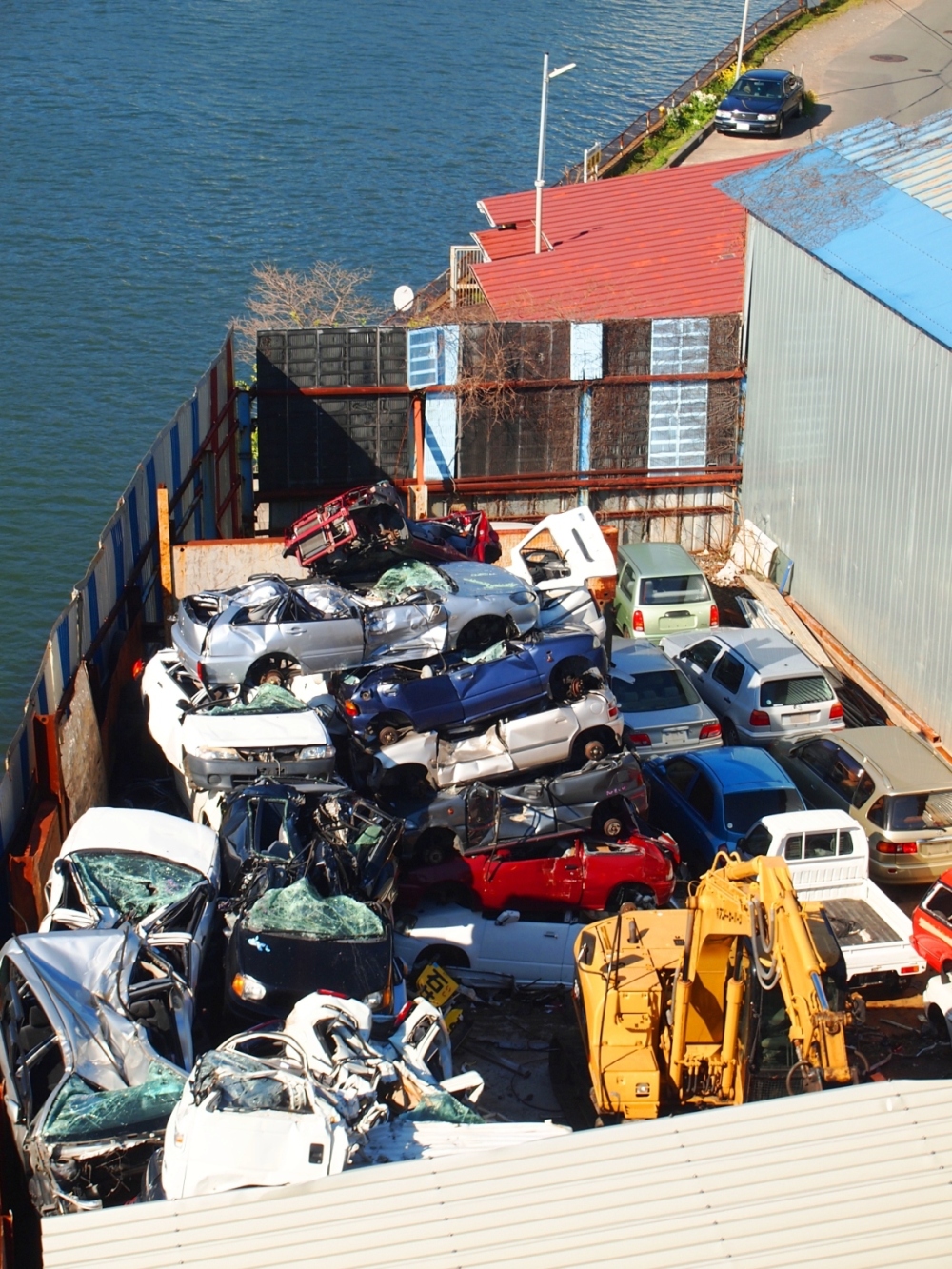 I would love to go back and stay longer during summer at Izu Hanto, maybe to check out the other coast area (Jogasaki & Dogashima) and for a swim.

33 thoughts on “On the Tip of Izu Peninsula (Izu Hanto): Irozaki & Shimoda”