Skip to content
Posted on February, 2012September, 2014 by luna tan

It may not be the most beautiful and manicured landscape garden in Tokyo but if you decide to visit, you are guaranteed to have a rock and rolling good time. Don’t bother bringing a paperback, you will not have a quiet, lazy afternoon lying on the green lawn, instead you will spend an amazing day of people watching.  Allow me to correct myself, it will not be just people watching, there will be a time when your mind will be attempting to translate back the Elvis Presley’s song “Jailhouse Rock” from Nihongo to English, while a huge smile plastered on your face, since your are witnessing some hardcore Japanese Elvis Presley fans busting their moves at the entrance of Yoyogi Park. 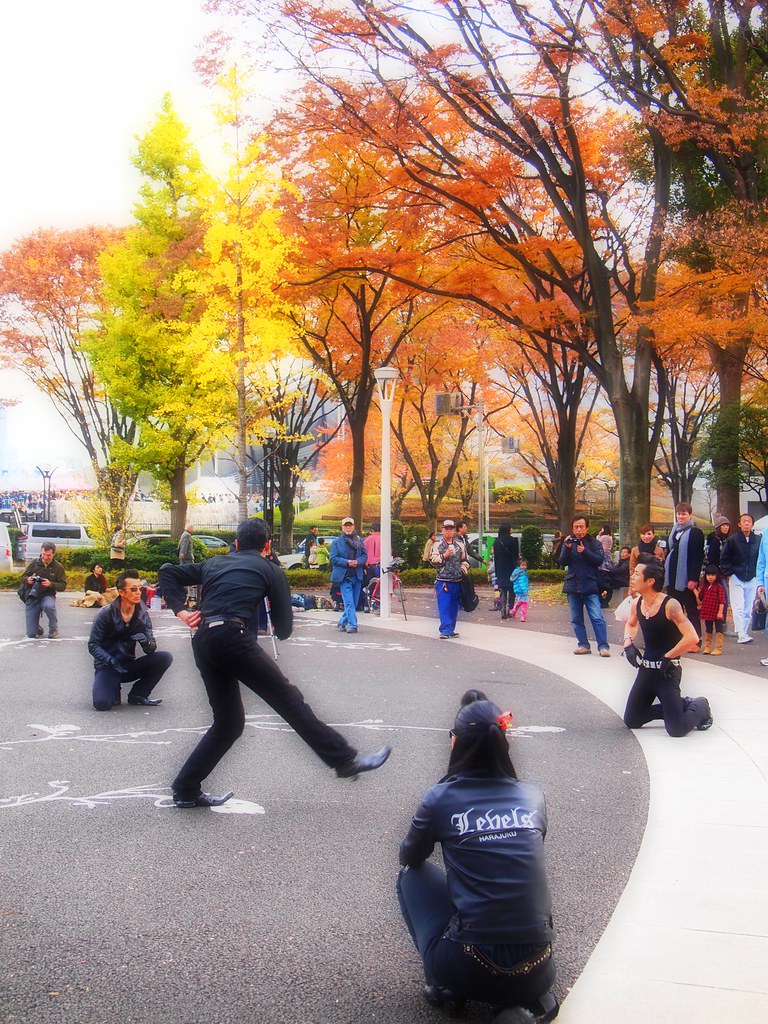 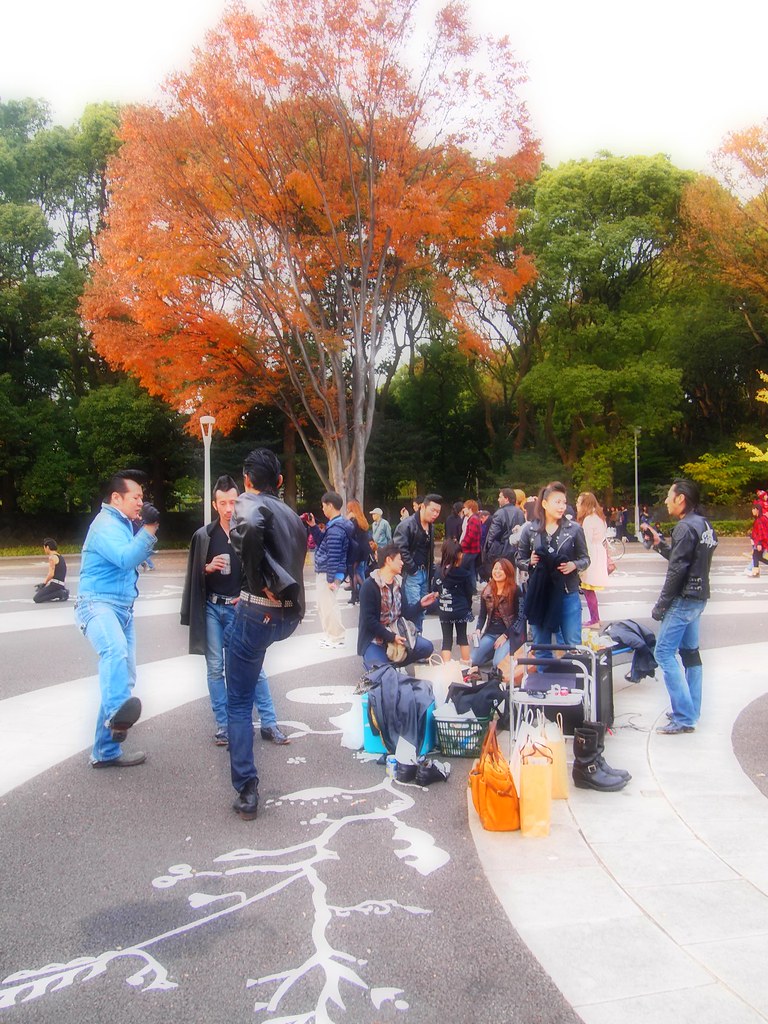 Clad in leather jacket, boots and the signature hair ready for a Las Vegas show, these group of men and few women declared their lifelong admiration for the King of Rock and Roll simply by setting up a stereo blasting the Elvis songs in Nihongo of course, then  they will form a circle, with one after another taking turns shaking that notorious legs.  The King will be proud.

What really admirable about this guys is the fact that the show they do every weekends is like a way of life for them. They have their own brotherhood distinguished by the logo on the jacket that they wear and most of them were accompanied by their families. They don’t give a damn to anyone who might think they completely lost their mind by spending a weekend afternoon dress as if they will compete in a Presley look a like contest or shaking their hips as if they are just on their 20’s. 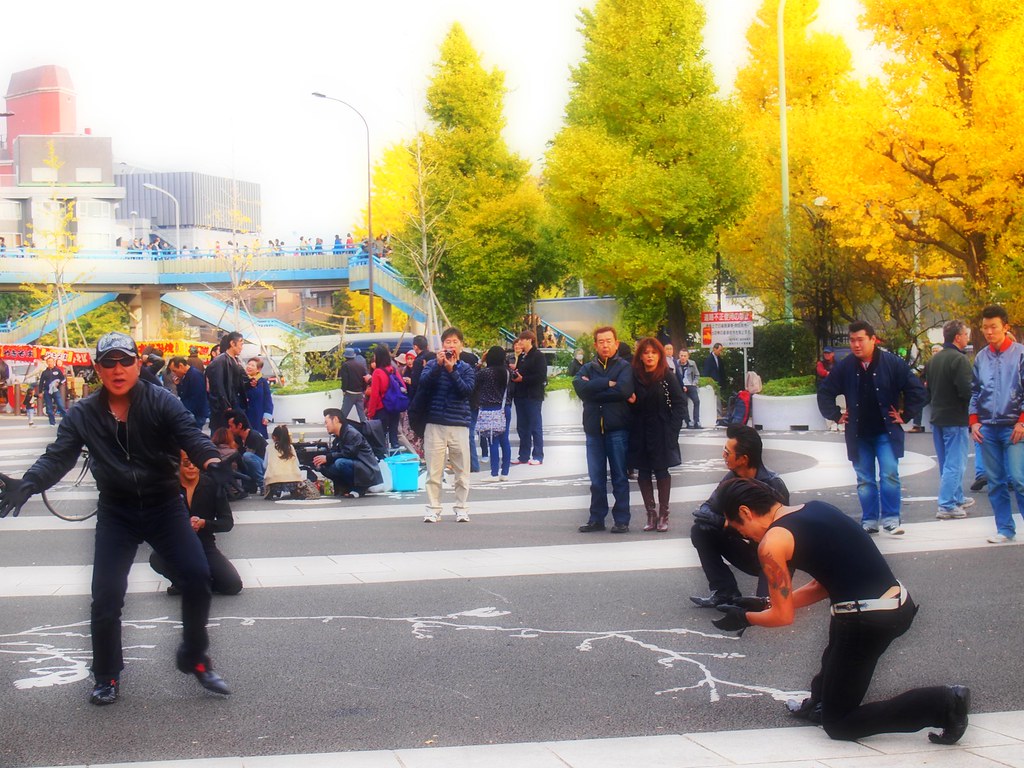 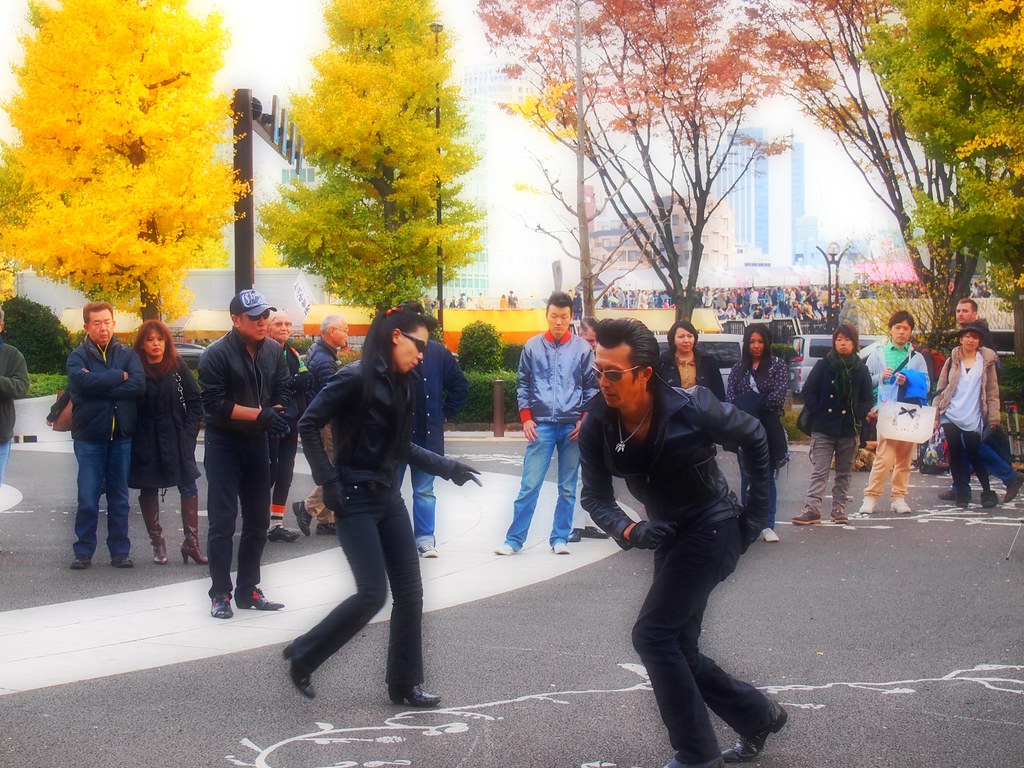 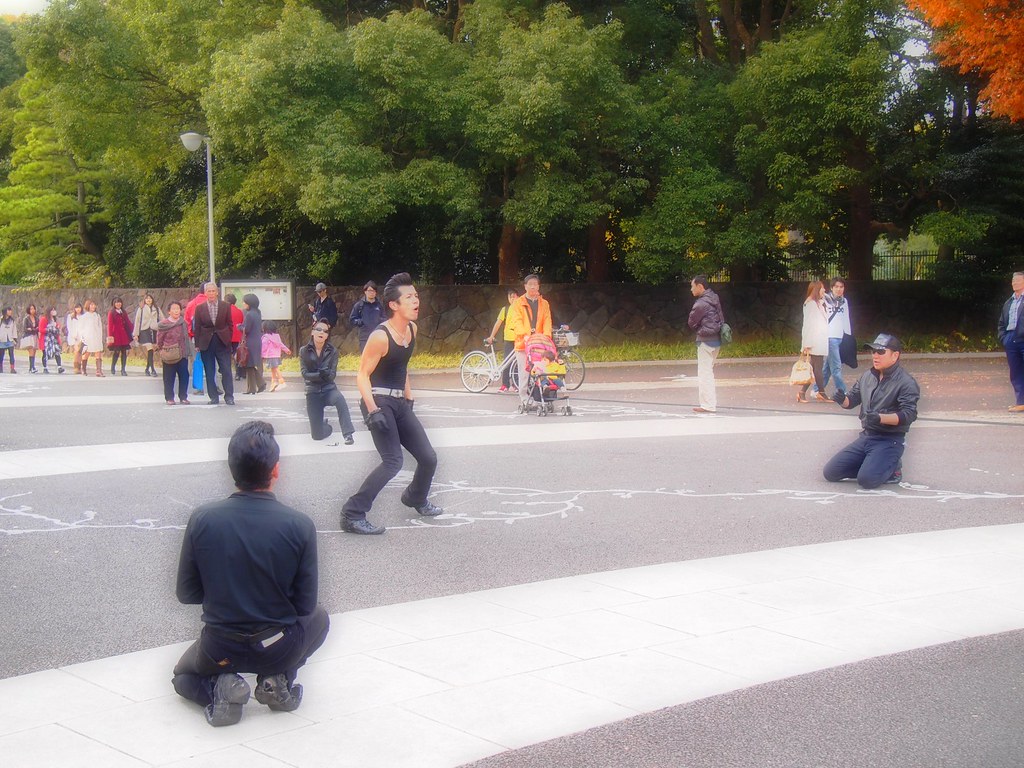 I wonder what their day jobs are- maybe a doctor, a teacher, engineer? Whatever it is, who cares. As long as they do what makes them happy without harming anyone, in return making others smile for a day.

Everyone is moving in Yoyogi Park. Beside the Presley’s fan at the entrance, there are students practicing their dance moves, a group who profess their loved affair with hula hoops and the usual kids running around- the park is like a huge ball of energy.  Don’t be alarmed when you hear someone shouting or crying, they are just practicing a drama skit. 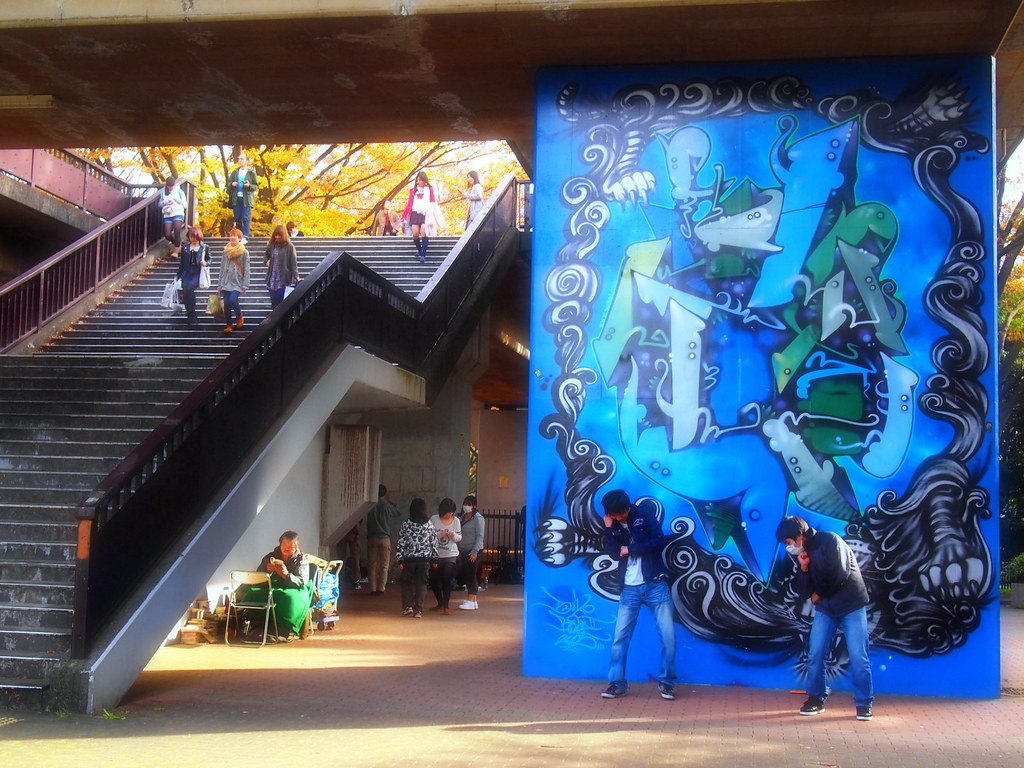 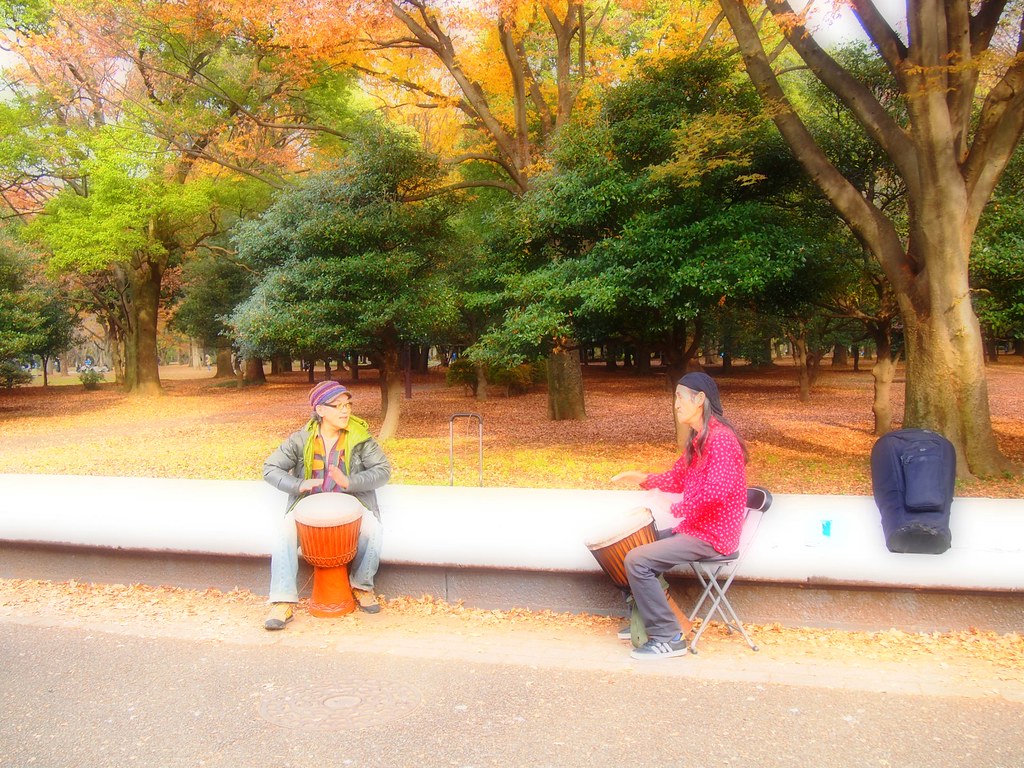 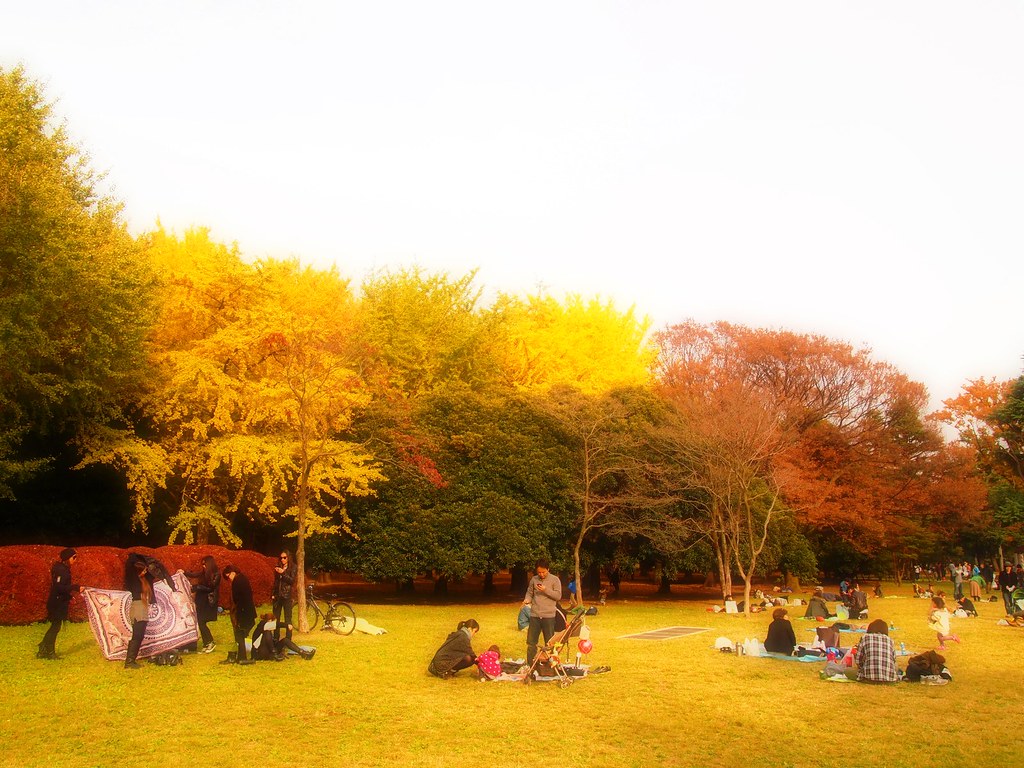 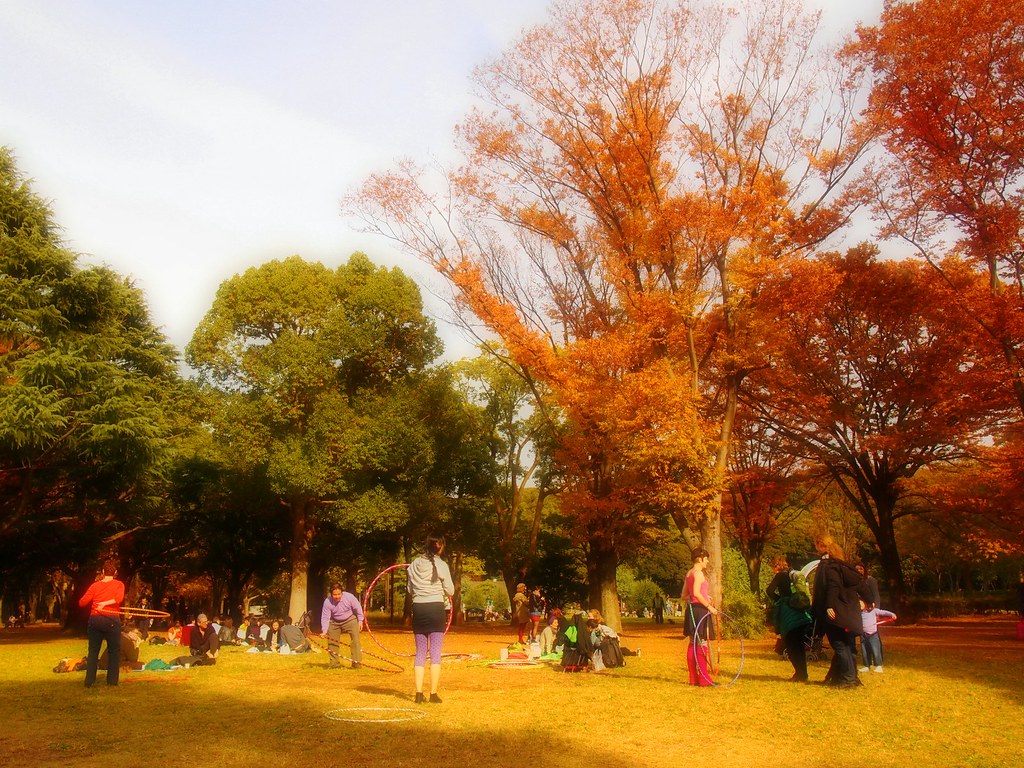 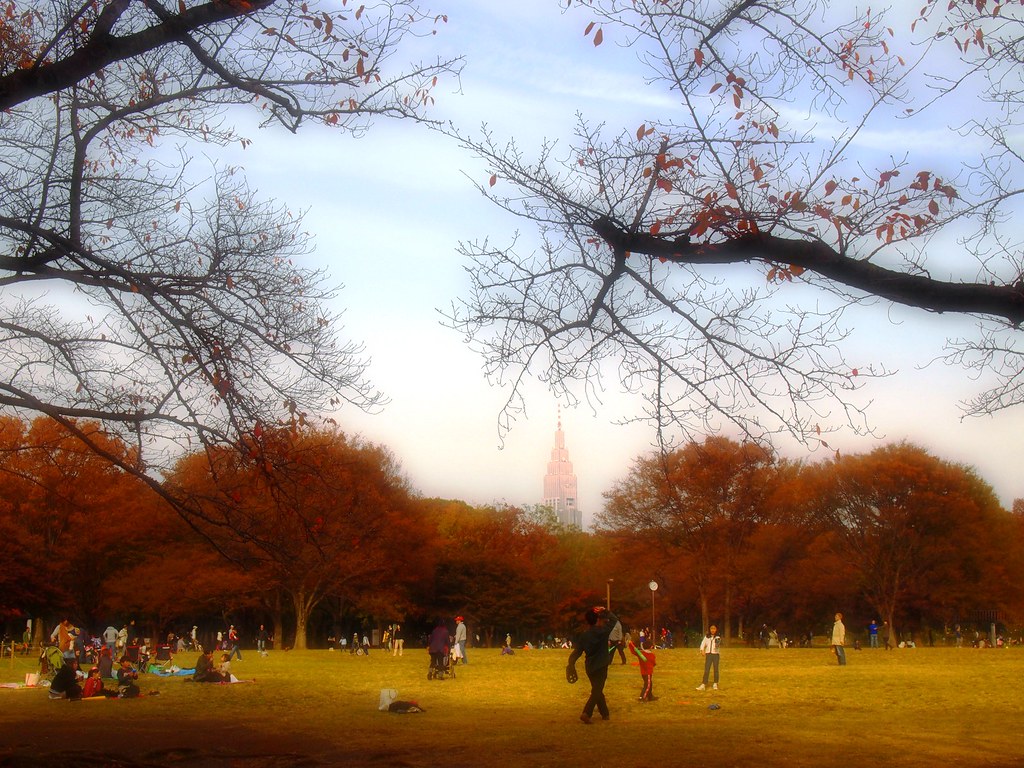 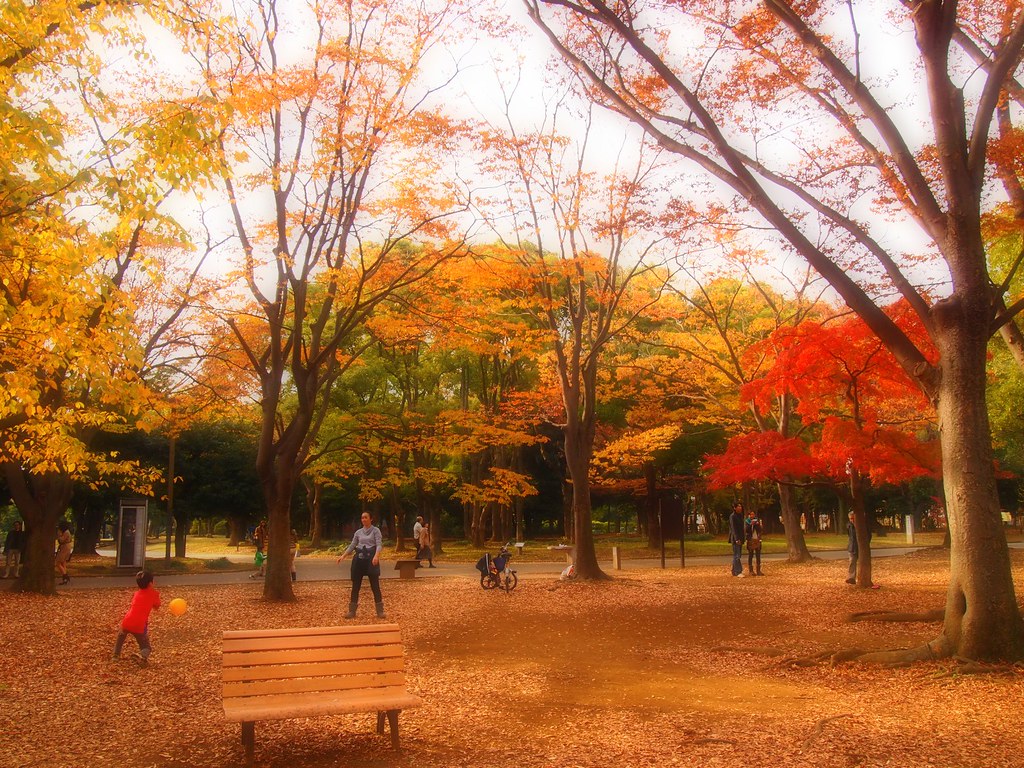 There are few whose talent is related to music decided to share the space with the shakers- like that man quietly strumming his guitar on one side, or a student sitting at the park bench practicing with his saxophone or friends who noisily beating the drums. 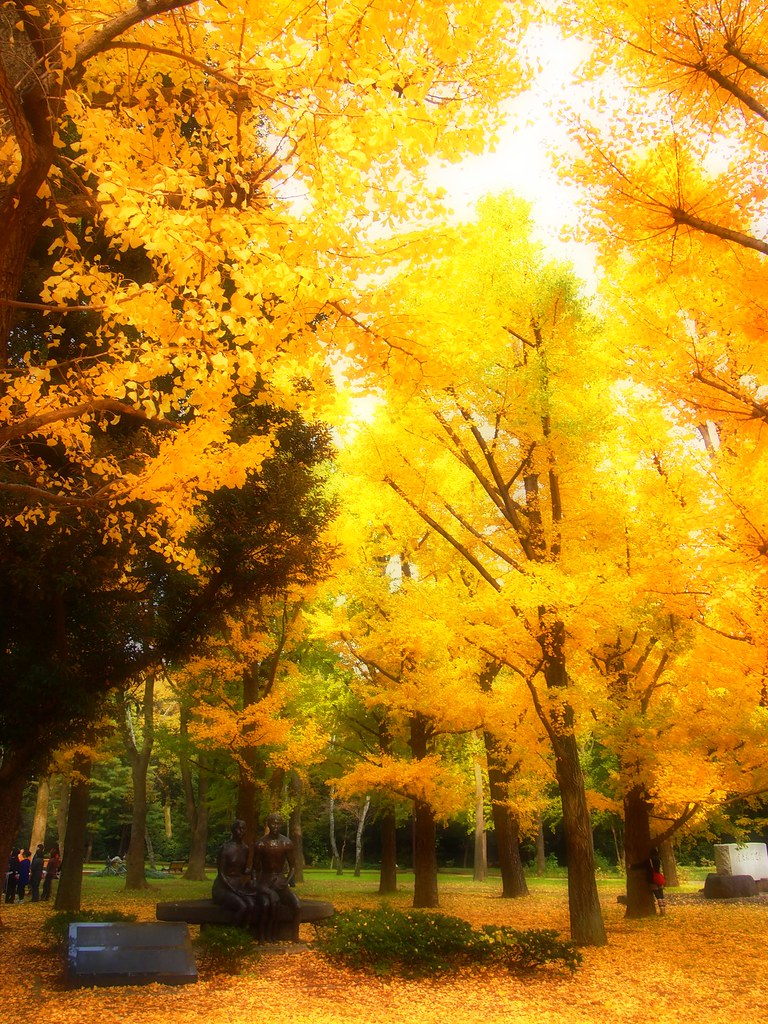 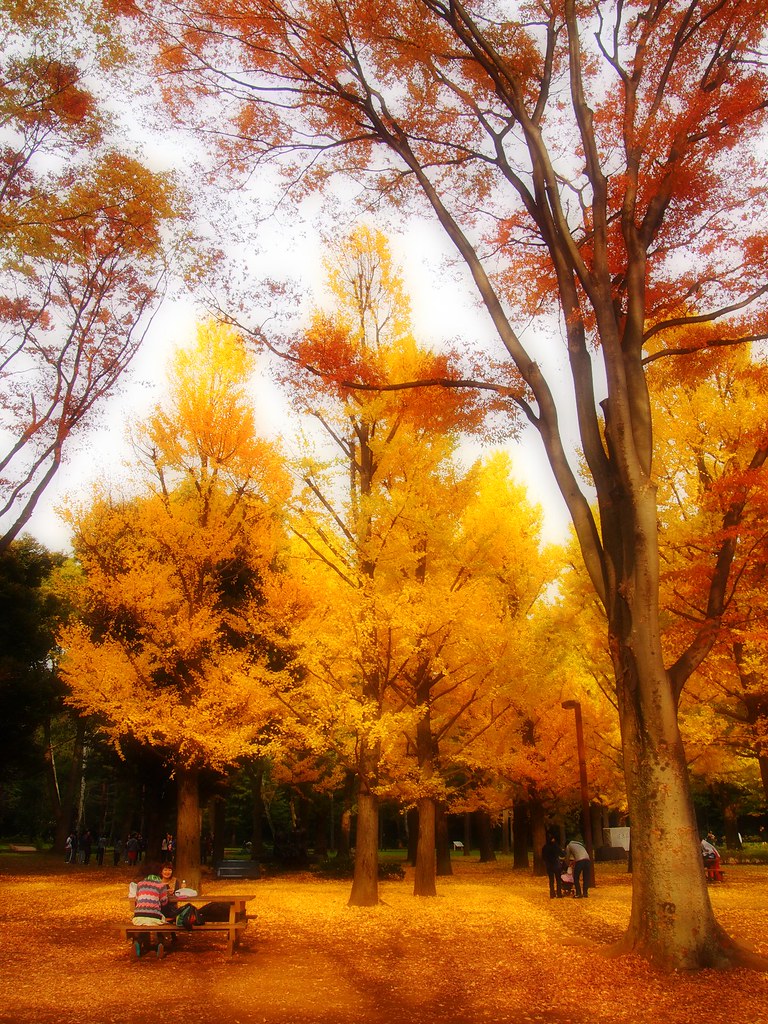 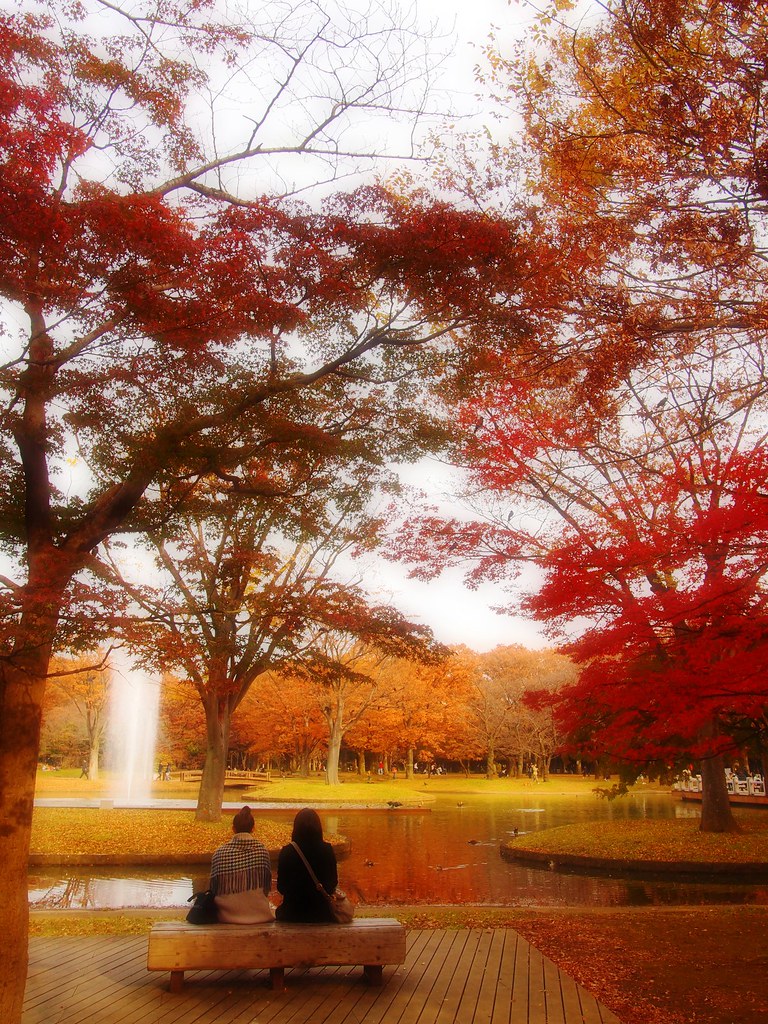 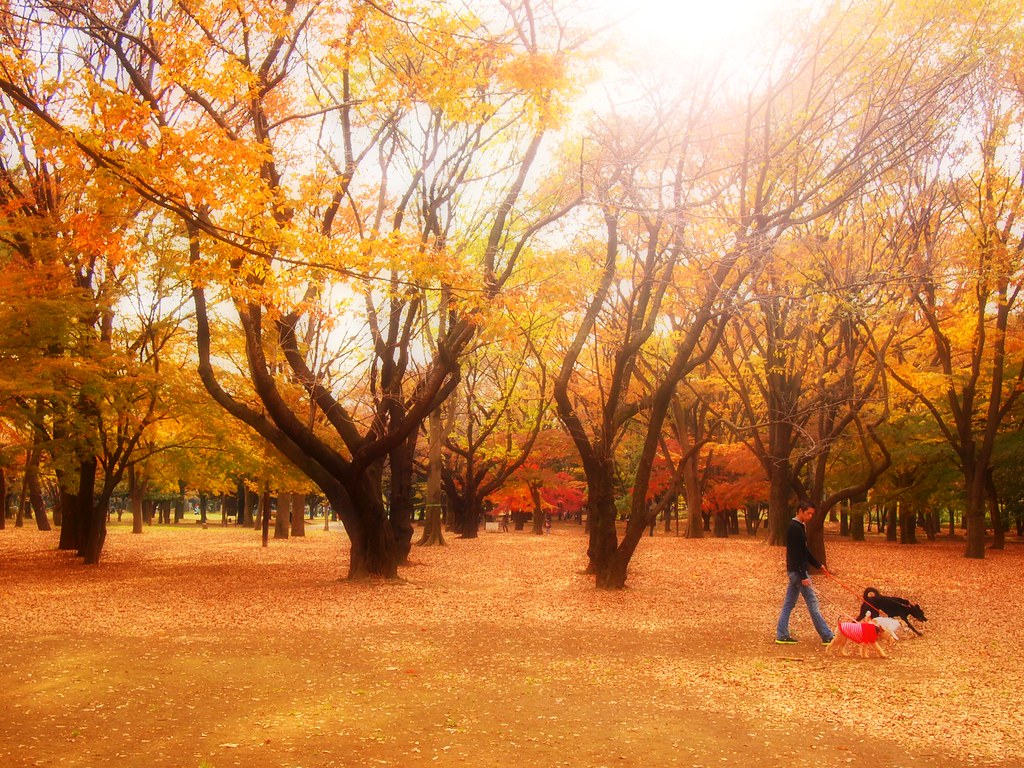 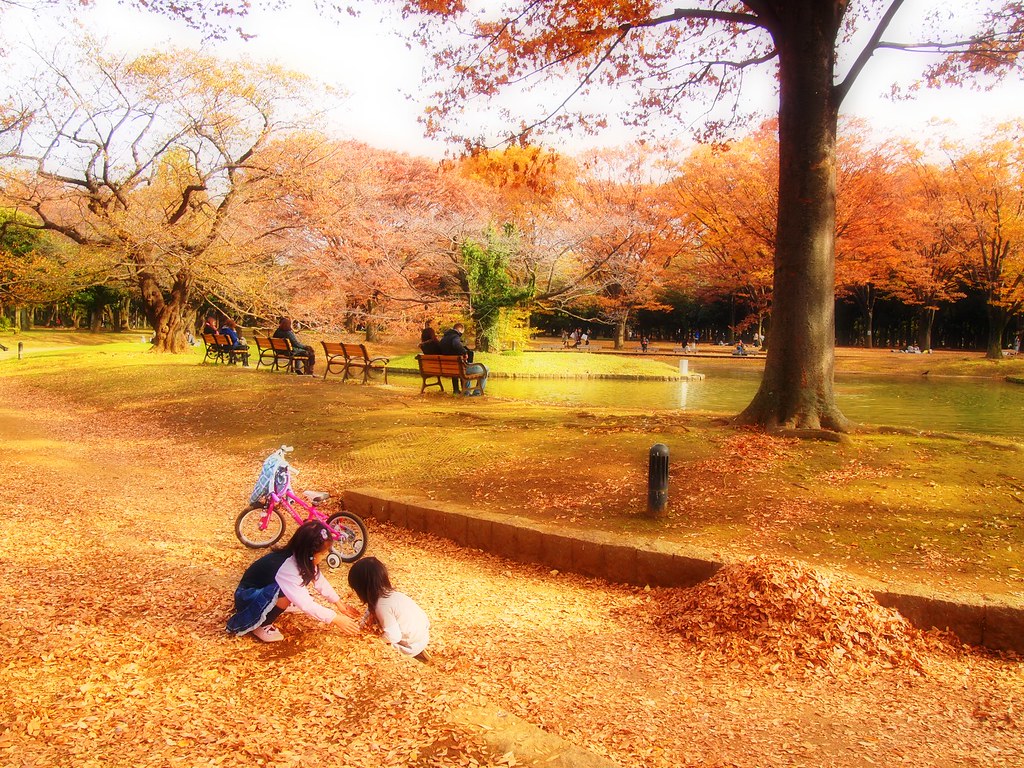 If you are inclined to see first hand the awesome Presley’s fanatic, you have to be there at the right time, usually spotted during Sunday between 2-4pm. If not interested with all of these, you can still visit the park particularly during Autumn when the maple trees have turned gold and you can swear to you friends that the picture you took is not a product of  Photoshop. 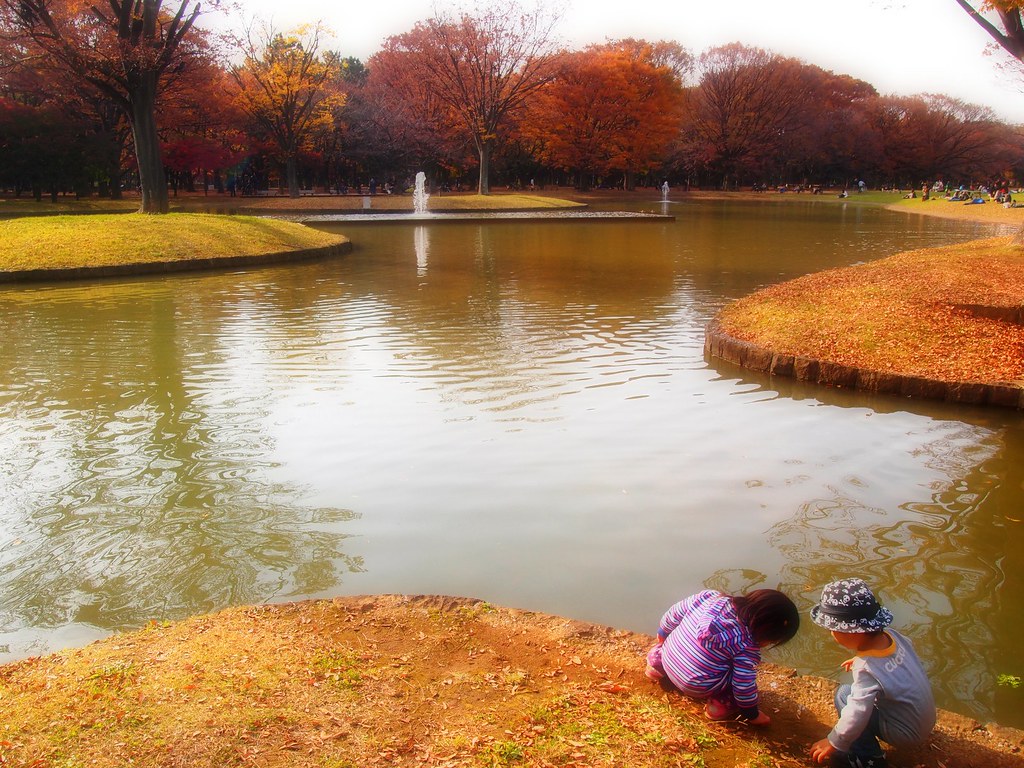 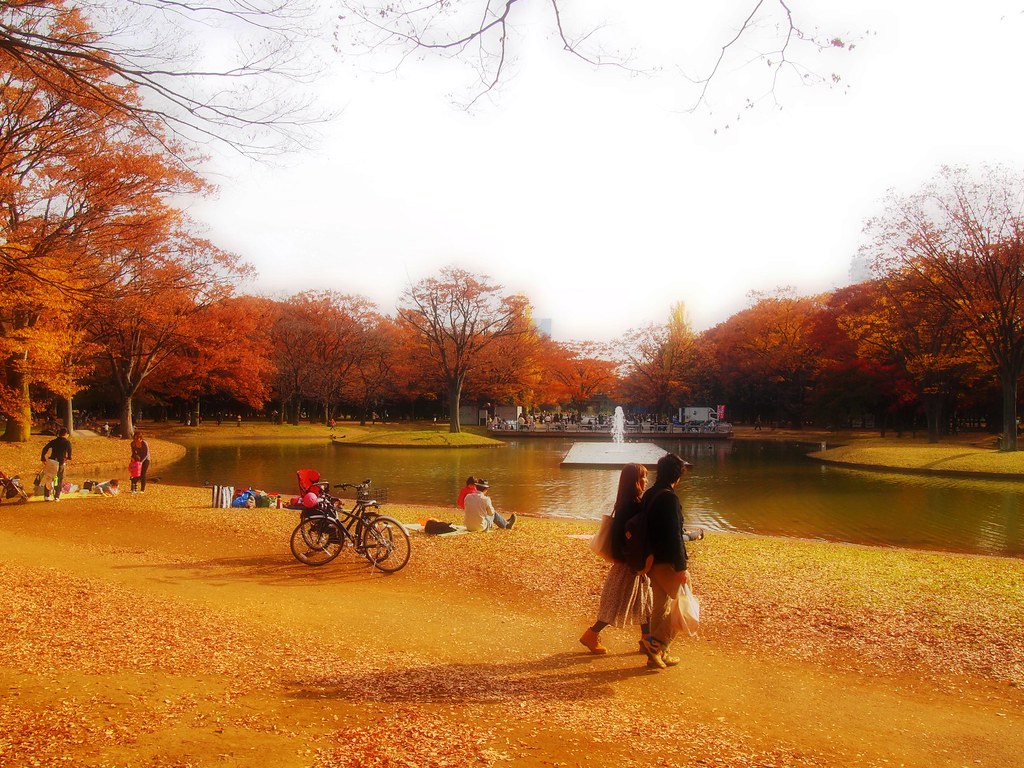 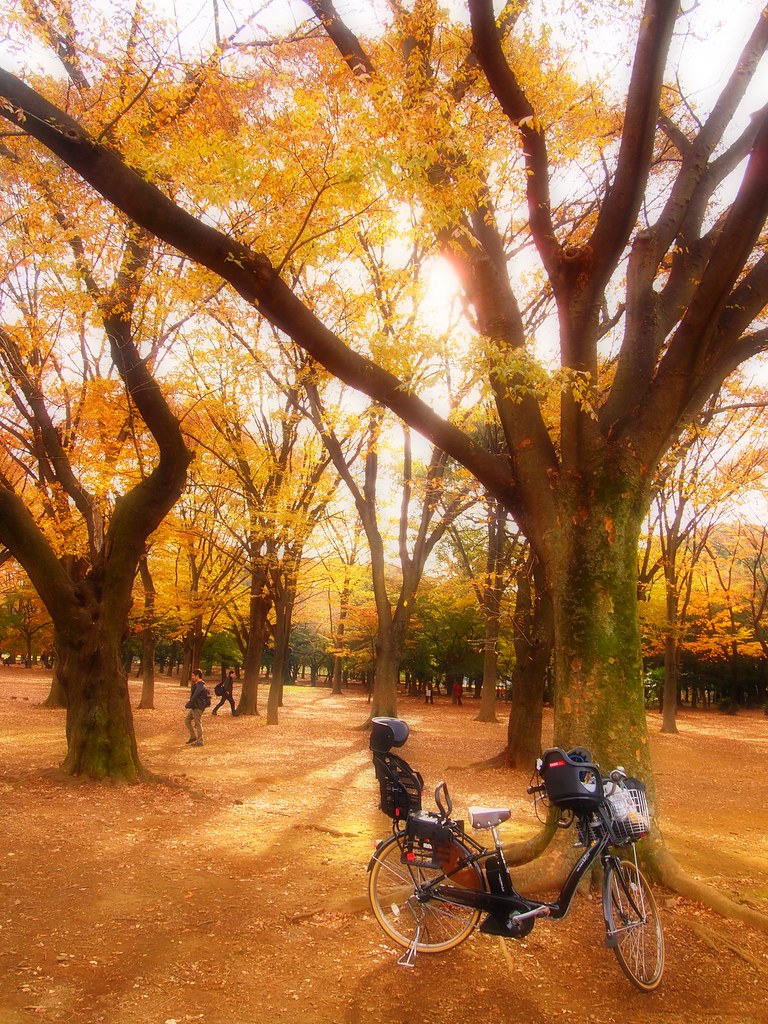 Yoyogi Park is like an extension of a university art department. I sat there and just imagining the possibility that someone will start singing “Fame” (in Nihongo!). Wouldn’t be awesome?

5 thoughts on “Rock and Roll at Yoyogi Park”